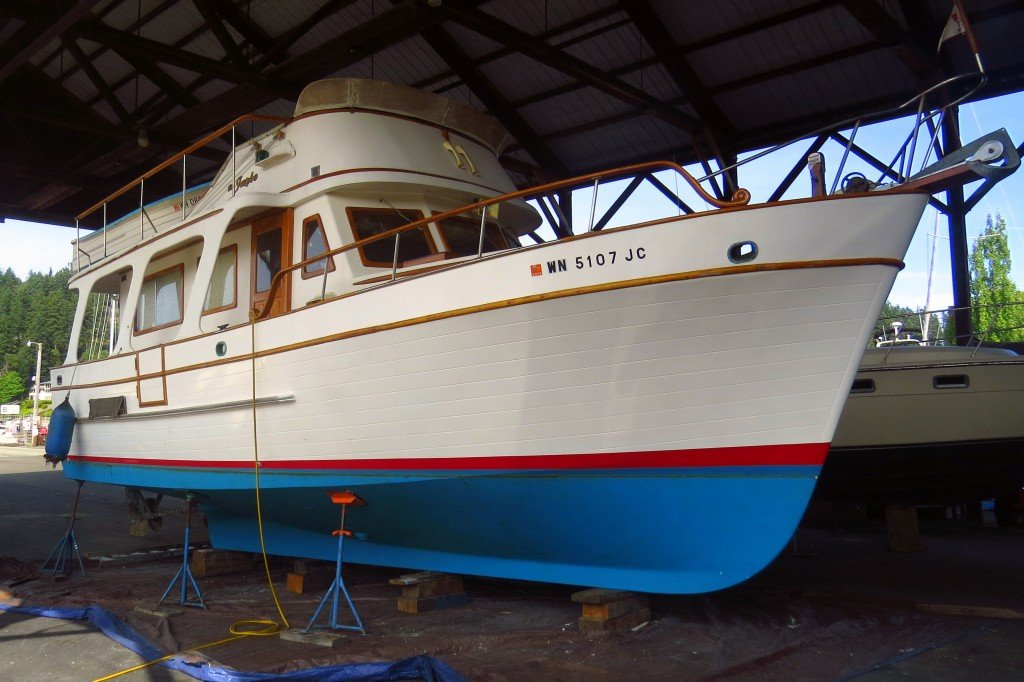 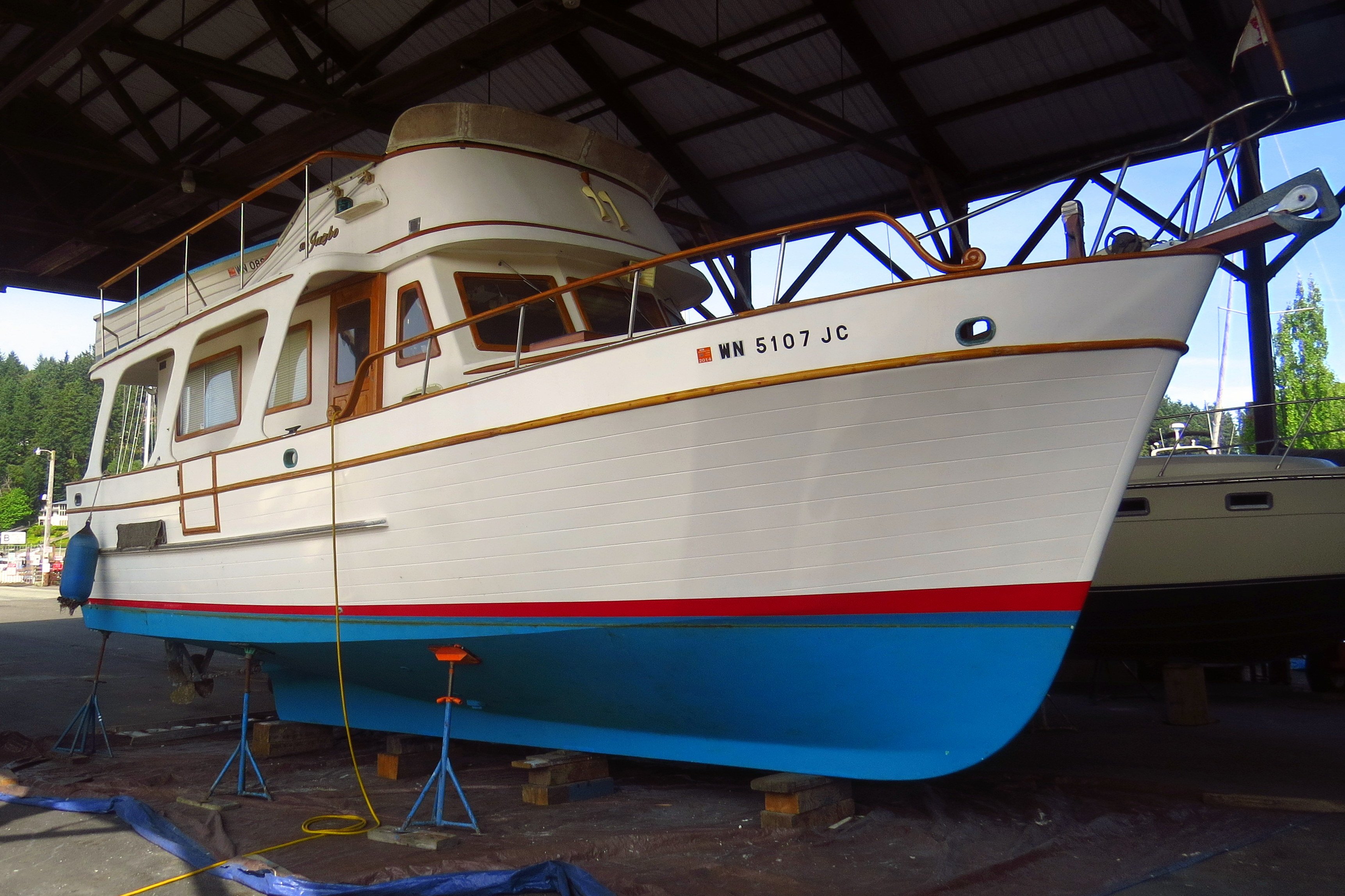 When I was at Gig Harbor Marina & Boatyard last week a classic old boat up on stands for service caught my eye.  There was something special about dignified Jazbo with her wood-trimmed cabin windows and polished wooden rails with scrolled ends.  How fitting that the timeless 37-foot Puget Trawler is owned by the historic downtown marina’s longest-term tenant, John Zimmerman, age 93, of Tacoma.

Zimmerman, a retired lieutenant colonel with the U.S. Air Force, has been a tenant at the marina for over 40 years.  He bought Jazbo, new, from the owner of the marina in 1979 and is a satisfied customer of Gig Harbor Marina’s service and maintenance.  Last week the trawler was up on stands for bottom scraping and painting and for “cleaning up the running gear from all the little critters,” said her owner.

Zimmerman, who flew for 30 years with the Air Force, says he hopes to cruise up to the San Juan Islands this summer, as he and friends have done most summers for years, often going on up to the Alaska border. “I don’t need to plan a trip,” he says.  “I’ve got it all in my head.  It just depends how far we want to go.”