The Gig Harbor Marina & Boatyard is reaching further into professional maritime training with an exciting project under way in the heart of Seattle’s behemoth cruise ship industry.

Through the Northwest Maritime Academy at Gig Harbor Marina & Boatyard, the marina is backing the construction of a lifeboat and rescue boat training davit system at Pier 91 in Seattle, within walking distance of the busy cruise ship terminal at the pier. It is located on Port of Seattle property on a lagoon north of Smith Cove, in the shadow of the Magnolia Bridge.

The gravity system davit, like those used for lowering lifeboats from the side of a ship, will provide training primarily to cruise ship crew members, said Capt. Thomas Bliss, director of training at the Northwest Maritime Academy.

“As a crew member responsible for the safety and welfare of your passengers, you must know how to get them safely off the boat” – Capt. Thomas Bliss 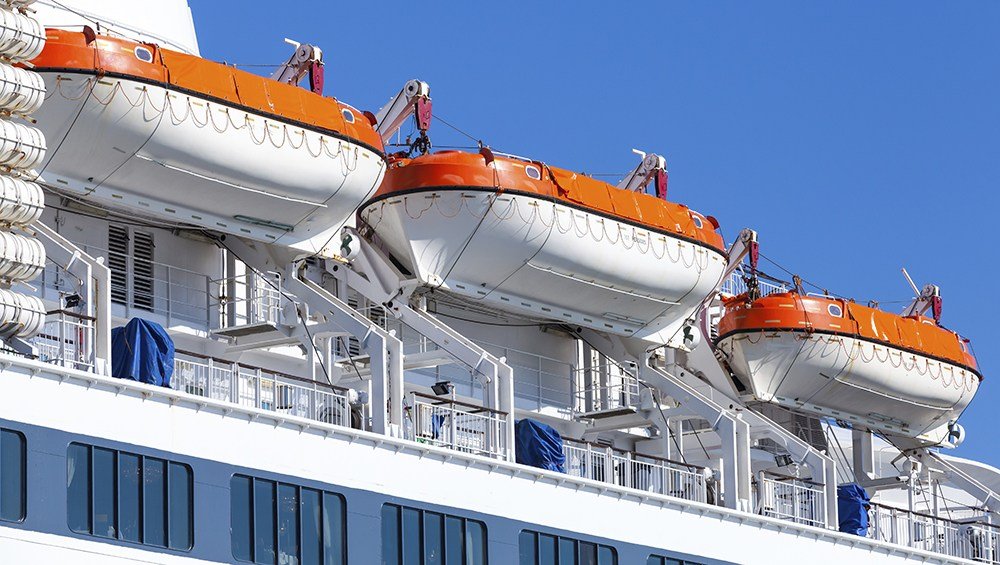 “It’s just like you find on the side of most cruise ships, said Bliss. “We will be training cruise ship crew how to safely operate their lifeboat davit system. It’s a heck of a responsibility, when you think about it. As a crew member responsible for the safety and welfare of your passengers, you must know how to get them safely off the boat”

Construction has been underway since April and is expected to be completed around the end of September. Classes are scheduled to start shortly after that.

The Northwest Maritime Academy, along with NWMA partner and senior instructor Capt. Patrick Boyle, will be offering three classes at the Pier 91 site, PSCRB, PSCRB Ltd, and FRB training to professional mariners. The letters stand for Proficiency in Survival Craft and Rescue Boats (lifeboats) and Fast Rescue Boats. The three and four-day courses will take place both at the Pier 91 davit and in a classroom at the South Seattle Community College’s Georgetown campus.

Classes, which can accommodate 18 mariners at a time, will be taught by U.S. Coast Guard-approved Boyle as the primary instructor, with Capt. Bliss and others as assistant instructors and safety personnel.

“We will teach people how to launch the rescue boat, get underway and recover the boat,” said Bliss. He stressed that safety is always the number one priority. 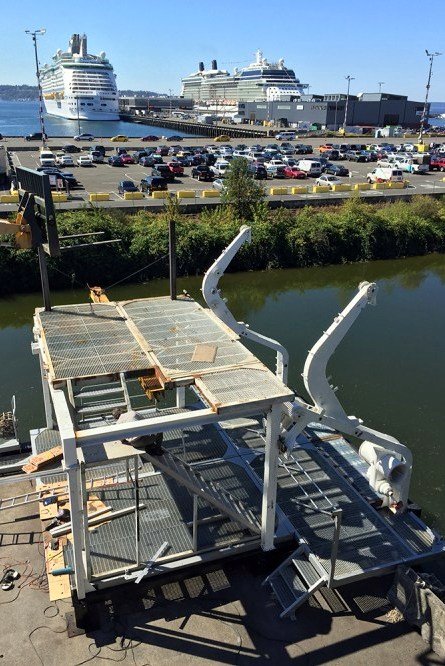 The maritime training davit on Smith Cove is a short distance from the Pier 91 cruise ship terminal.

Captain Thomas Bliss and Ron Roark, marina owner and managing director of the Northwest Maritime Academy, saw a niche for such a maritime training system in the burgeoning cruise ship industry in Seattle. The Port of Seattle website reports that 11 premier cruise ships make Seattle their port of call and that the Emerald City will host 203 cruise ships and almost 960,000 passengers this year.

“There is only one other provider of this type of training on the West Coast,” Bliss said. “Holland America is sending their crew as far away as Amsterdam for training. But wouldn’t it be nice to knock off this training while you’re in port here?”

He added that the push to develop this system is a result of a June 2010 diplomatic conference in Manila. There, diplomats adopted comprehensive amendments to the 1978 International Convention on Training, Certification and Watchkeeping for Seafarers, the STCW Convention and its associated Code.  STCW is one for the four pillars of the global maritime regulatory system, that includes IMO Conventions, SOLAS and MARPOL, and ILO’s Maritime Labour Convention. The new amendments mark the first major revision of STCW since those adopted in 1995.

Until recently, crew members were certified “once and done,” in this type of training we are offering; now, the STCW requirement is every five years, Bliss said.

It’s all part of the billion-dollar cruising industry that is booming globally. Starting from mere 200-footers to Royal Caribbean’s gargantuan new 1,100-foot “Harmony of the Seas” which holds some 6,700 passengers and 2,100 crew members, it’s an industry that saw 3.7 million passengers in 1990 and over 23 million in 2016.

“They say that a new cruise ship is on the water every 45 days,” Bliss said.

“We will teach people how to safely launch the rescue craft.” – Capt. Thomas Bliss

“We are passionate about maritime safety and operational education, and this great new training site is a one-of-a-kind system to facilitate this training,” said Bliss, who is looking forward to this training addition offered by the Northwest Maritime Academy. “It is a much-needed resource for the the industry. It’s location, location, location and we’re in a great position on Pier 91 to extend our maritime training services.”