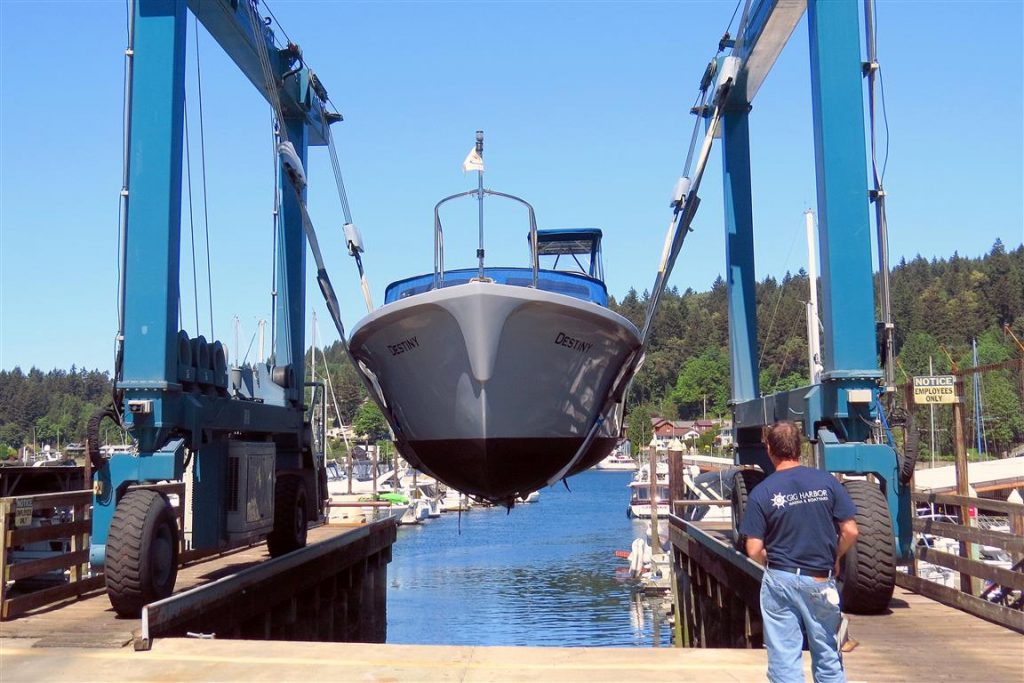 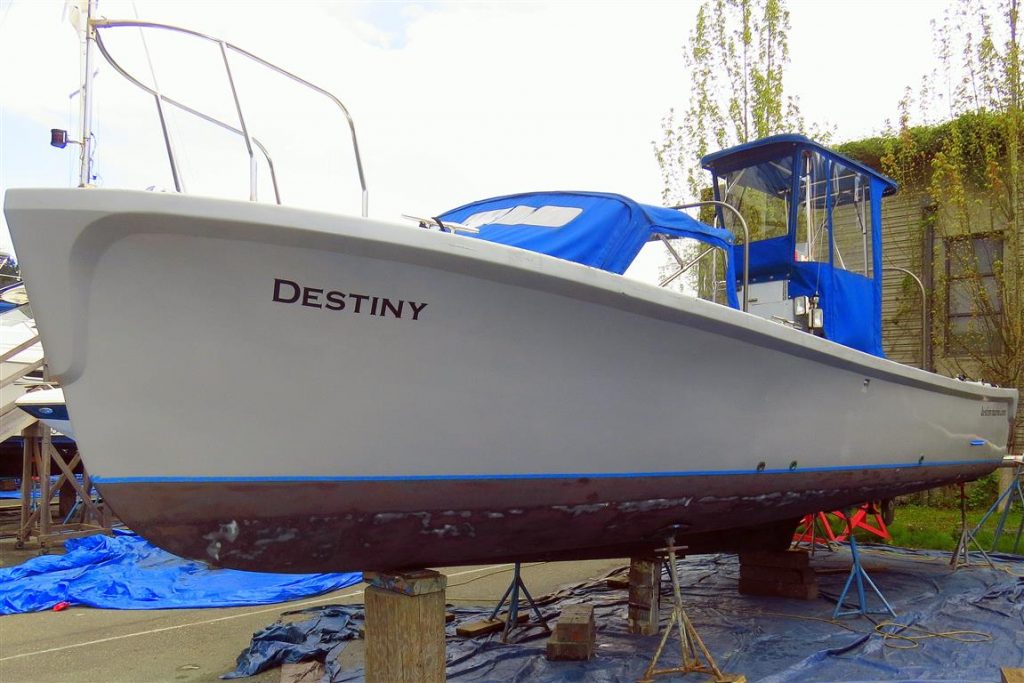 “Destiny” of Destiny Harbor Tours, was on the hard for routine service and maintenance this month. The popular sightseeing tours get under way in June. In top photo, Travelift operator Mark Rybin lowers the tour boat back into the harbor.

The two U.S. Navy vessels-turned-tour boats got their spruce-up service just in time for sightseeing season. Popular Destiny Harbor Tours, operated by Captain Tom Drohan out of Gig Harbor and Tacoma, runs its tour season from June through September. Tours from Gig Harbor originate daily from the sidewalk in front of Anthony’s Restaurant at 8829 N. Harborview Drive. The scheduled tours, either 90 minutes or two hours in length, leave each day 3:30.

Capt. Drohan gives an informative history while touring Gig Harbor, the Narrows Bridges, Salmon Beach and Pt. Defiance. Passengers get to sit back and enjoy the adventure and sights of bald eagles, seals, Mt. Rainier, the Olympic Mountains and the tides and beauty of Puget Sound.

Drohan started Destiny Harbor Tours in 2007 “to give people of all ages a chance to have the Puget Sound experience up close and personal, for a very reasonable price,” he says on his website.  He operates the two authentic restored U.S. Navy boats, which are U.S. Coast Guard-certified, for up to 33 passengers each. The boats Destiny and Maritime are named for Tacoma, “The City of Destiny,” and Maritime for Gig Harbor, “The Maritime City.” 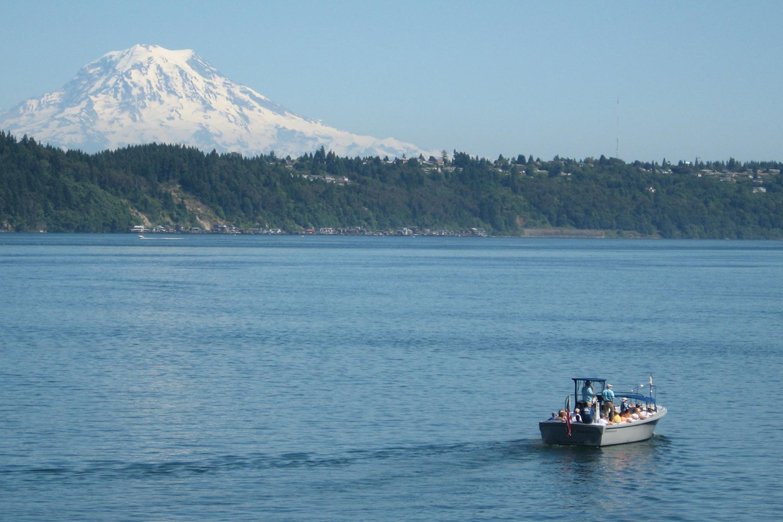 “Destiny” and “Maritime” will soon begin their daily scenic tours of the harbor, Narrows and Tacoma waterfront. After service and maintenance stops at Gig Harbor Marina & Boatyard, the restored Navy vessels are ready to start the tour season, which runs from June through September.

Check out Destiny Harbor Tours to learn about Eco Tours, charters, memorials at sea and special event offerings. For reservations, availability and latest information call 253-225-6306 ~ and don’t forget your camera.

Here’s an idea to float past the social planner in your life: Consider chartering a Destiny Harbor Tour with 32 of your closest friends and family and then coming back to The Club @ The Boatyard at Gig Harbor Marina & Boatyard for a special evening of dinner and live music. Better yet, plan it on a Tuesday evening when the Summer Sounds at Skansie concert series is going on just across the lawn in Skansie Brothers Park. What a perfect pairing for a birthday or anniversary party, a reunion, a retirement celebration or a wedding party event.  Get the wheels turning on that idea and contact Danielle Taylor, hospitality manager at Gig Harbor Marina & Boatyard at dtaylor@gigharbormarina.com; 253-358-6546. 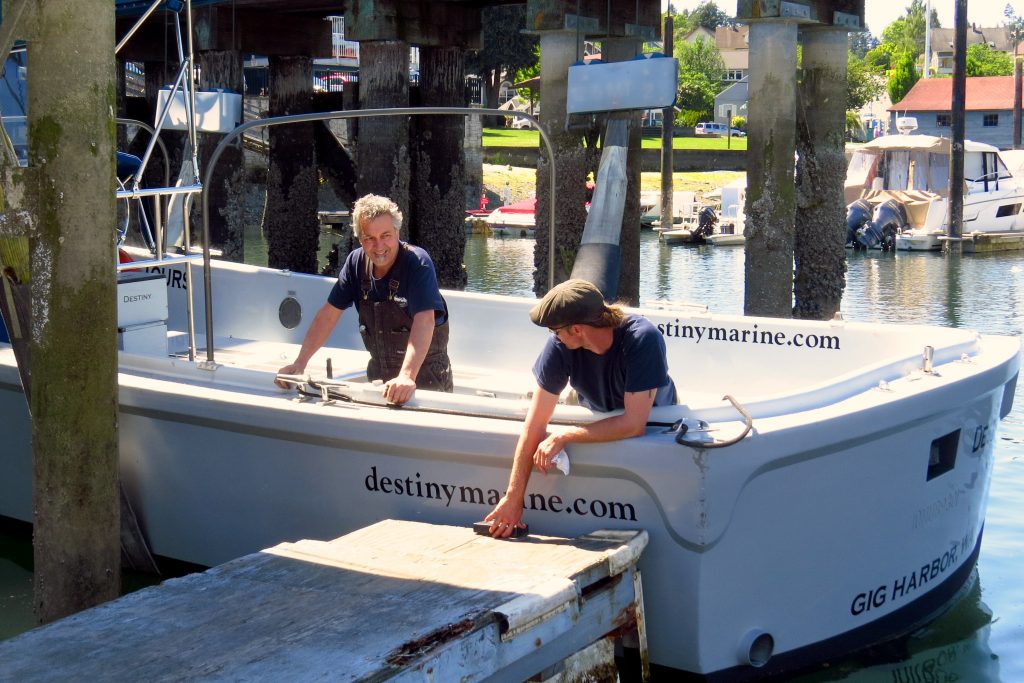