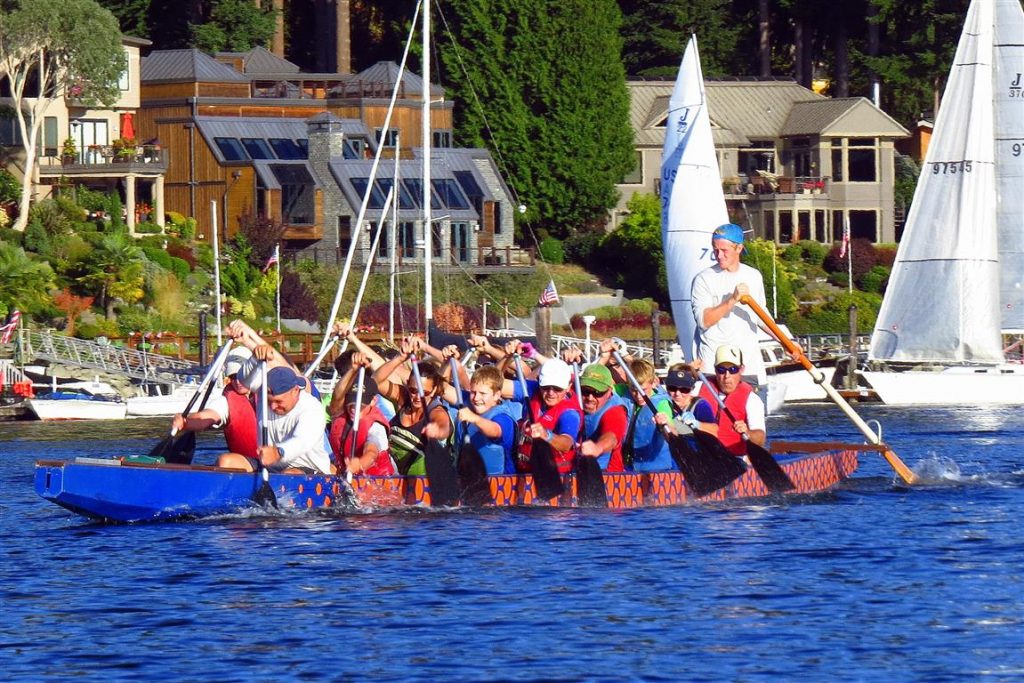 The Gig Harbor Paddlers Cup took place earlier this month, but there’s renewed buzz about it again this week.  A drone video of the event was released a few days ago and beautifully showcases the annual paddle competition in the harbor.  Click below to watch the amazing footage taken by Seattle Drones.

A relationship between Roark, an Air Force veteran, and the 201st EMIB was deepened at Right Arm Night held at The Club @ the Boatyard in February. The event was sponsored by the Captain Meriwether Lewis-Gig Harbor Subchapter of the Association of the United States Army (AUSA). AUSA is an educational organization that supports the U.S. Army and the men and women who serve. The evening at The Club was about building relationships between military members and the community. 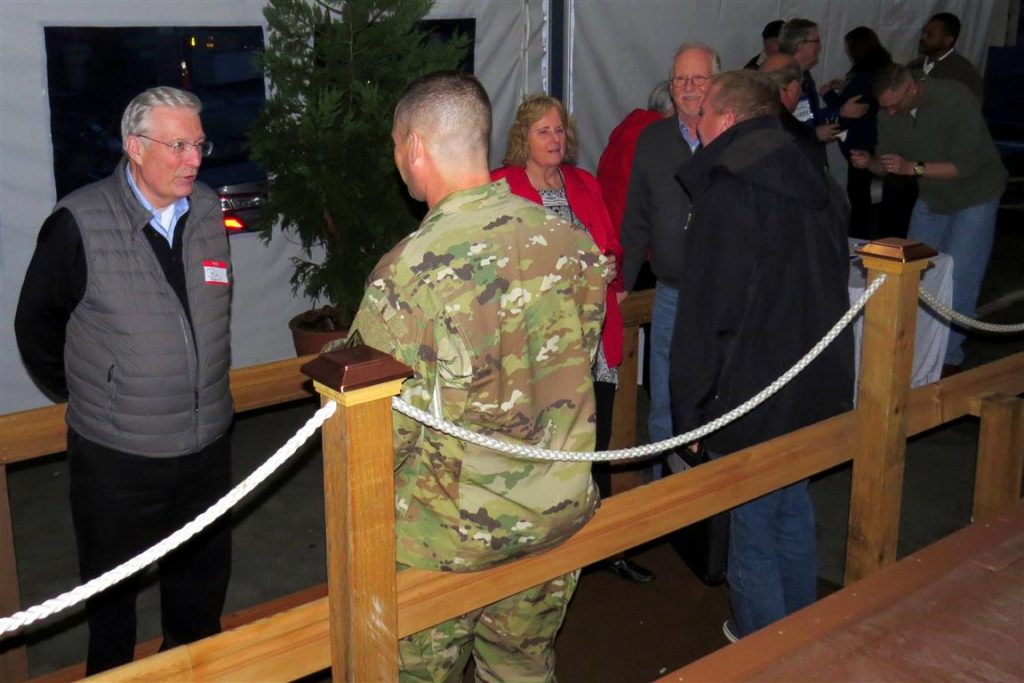 Ron Roark, left, owner of Gig Harbor Marina & Boatyard, talks to a member of the 201st Expeditionary Military Intelligence Brigade at Right Arm Night in February. The event at The Club @ the Boatyard was about building relationships between the community and military members.

Roark spoke to the gathering at Right Arm Night and encouraged community support of military members returning from duty. Sponsoring a dragon boat team was just one way to do that. The JBLM team won the semi final and the final of the 200-meter race held inside the harbor. Their winning time of 1:22.18 beat the Gig Harbor Rotary Club’s second place time of 1:26.86.

In just two years, the  exotic 20-person boats, complete with dragon’s head, drummer and steering oarsman, have become a fixture of the annual Paddlers Cup. The dragon boat races, added to the Paddlers Cup just last year, are open to corporations, public service groups and clubs sponsored by small businesses and high schools. Last year Tacoma Dragon Boats brought a couple of the long, narrow boats over for exhibition races during the Paddlers Cup. A couple of local community members found themselves in a winning boat and were immediately hooked on this exciting team-building experience. Gig Harbor Mayor Jill Guernsey and resident Sharon Shaffer knew then that the Maritime City just had to have its own dragon boat.

Roark at Gig Harbor Marina & Boatyard agreed and fire was breathed into the idea. He purchased an authentic dragon boat — complete with ornate dragon’s head and the all-important drum that provides the “pulse” keeping paddlers in rhythm.  Now the Northwest Maritime Academy at Gig Harbor Marina & Boatyard owns the boat. It is used by the Gig Harbor Dragon Boat Team and is available to other groups interested in this team-building activity. Participants of any fitness level can quickly learn and develop a passion for this sport, say those who have tried it. 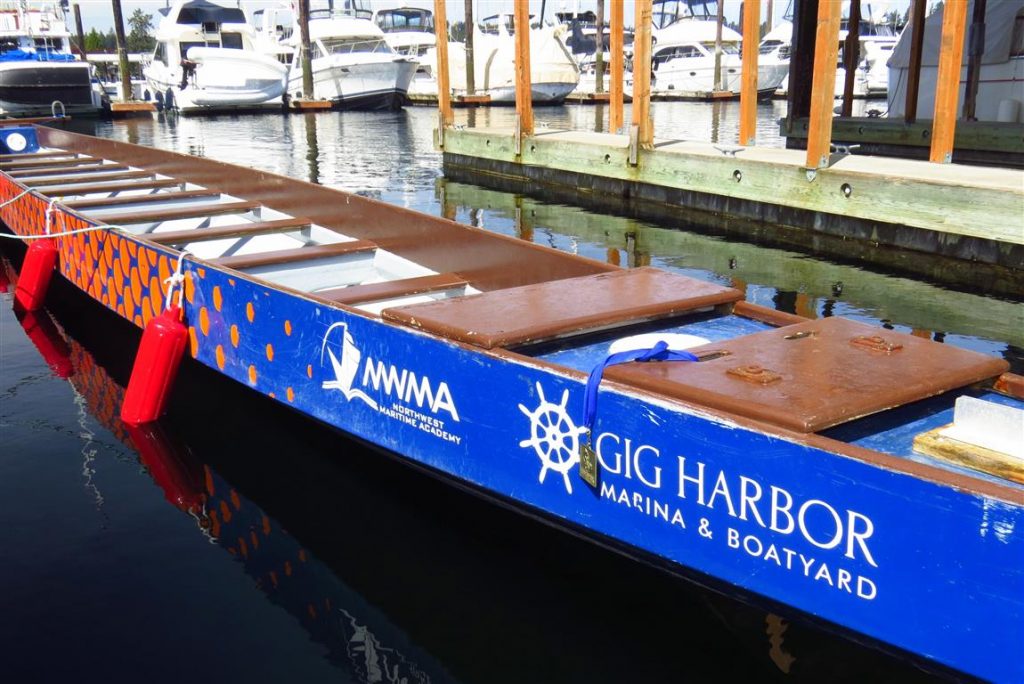 A Paddlers Cup medal hangs from the dragon boat used by the marina’s winning team, the 201st Expeditionary Military Intellience Brigade out of Joint Base Lewis-McChord. (Photo at top of story shows a team practicing in the harbor in August 2015.)

And now there’s a crew at Joint Base Lewis-McChord that has caught the passion. They will be the dragon boat team to beat at next year’s Gig Harbor Paddlers Cup.