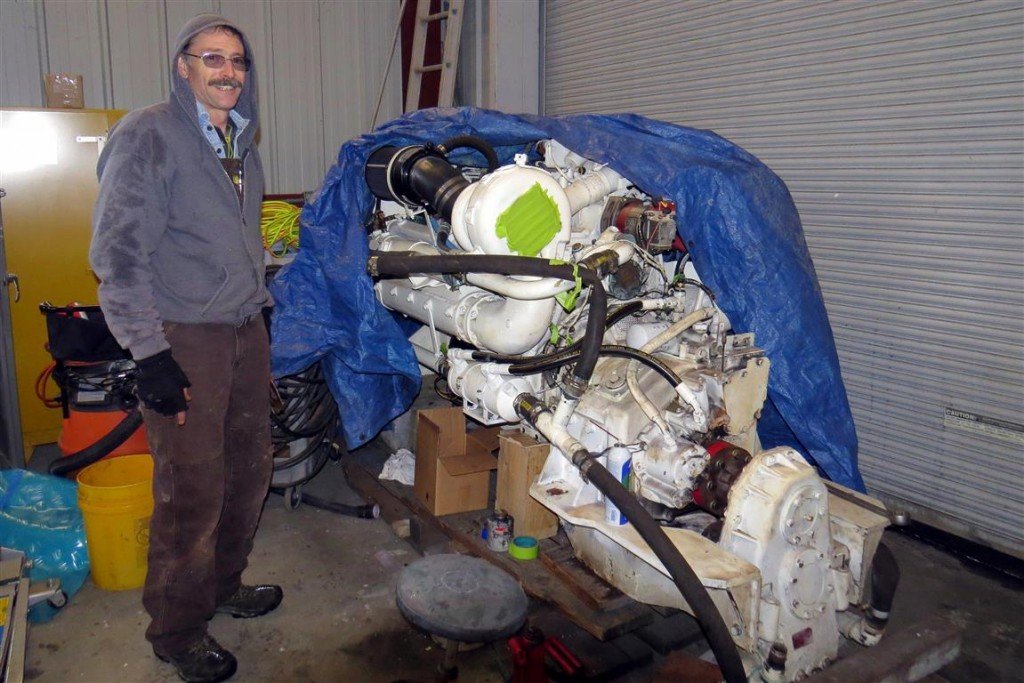 Thirsty Duck is about to have her newly refurbished engine reinstalled at Gig Harbor Marina & Boatyard. Master mechanic Chris Hawke has finished his work, and setting the 6,000-pound engine back in place is next. 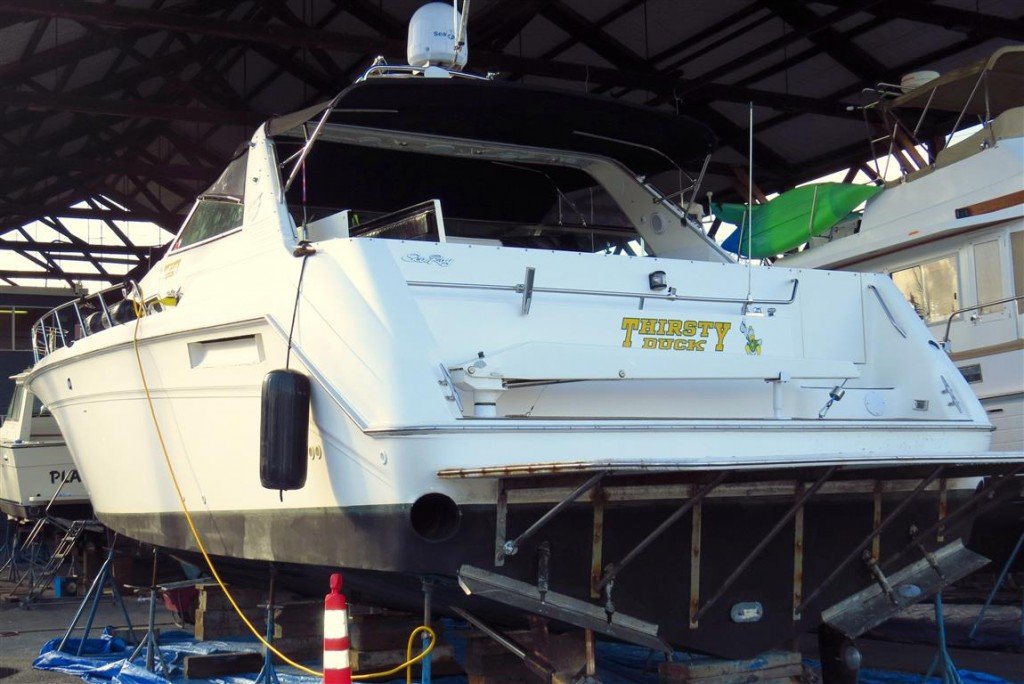 “I don’t know about ‘master mechanic,’ said Hawke humbly. But everyone else at the boatyard does. After all, he headed up the extensive engine repair on the 50-foot Sea Ray, from lifting out the engine to all the complex work done on the three-ton diesel.

Hawke, who has been at Gig Harbor Marina & Boatyard since 2000, installed a new rear main seal, transmission, drive plate and V-drive and reinstalled the fly wheel. He also put in a rebuilt starter and reassembled all these parts back on the cruiser’s engine. 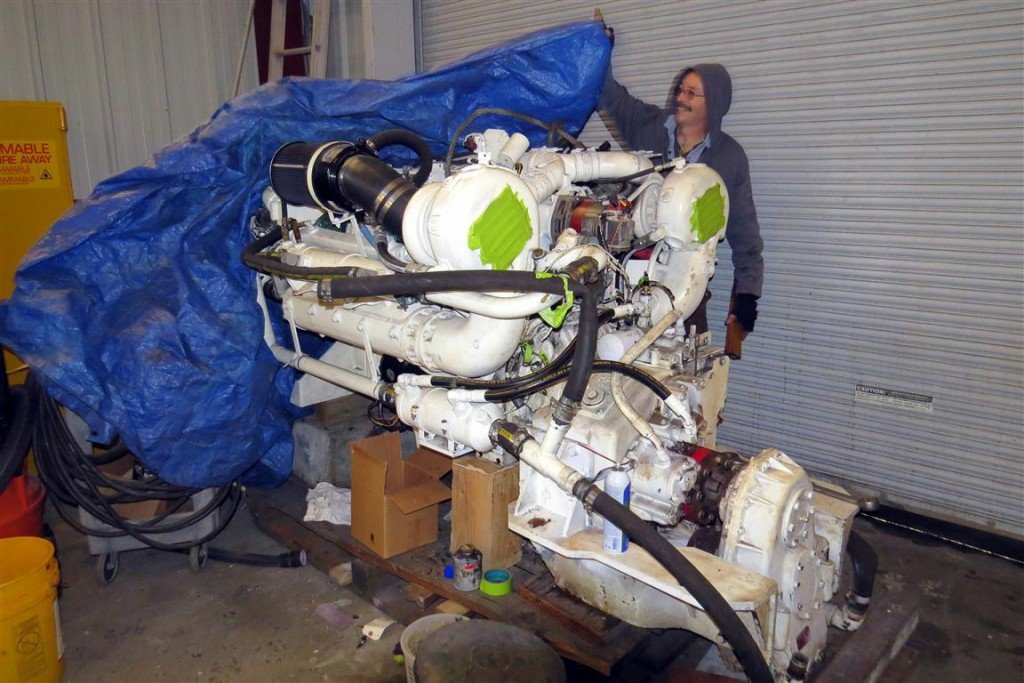 “It’s a heck of a power package,” said Hawke as he covered up his handiwork with a protective tarp.  And he is a heck of a master mechanic, even if he wouldn’t say that.