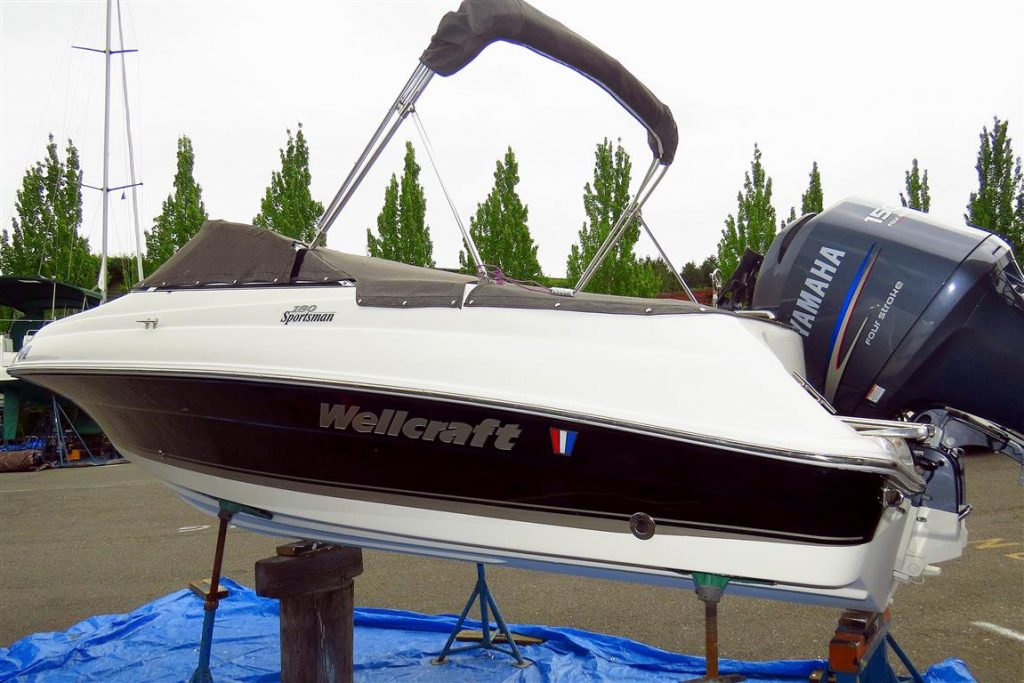 Large or small, boats get all their service and repair needs met at Gig Harbor Marina & Boatyard. Whether you have an 18-foot runabout or a 58-foot yacht, the boatyard crew will have you back on the water and looking good. 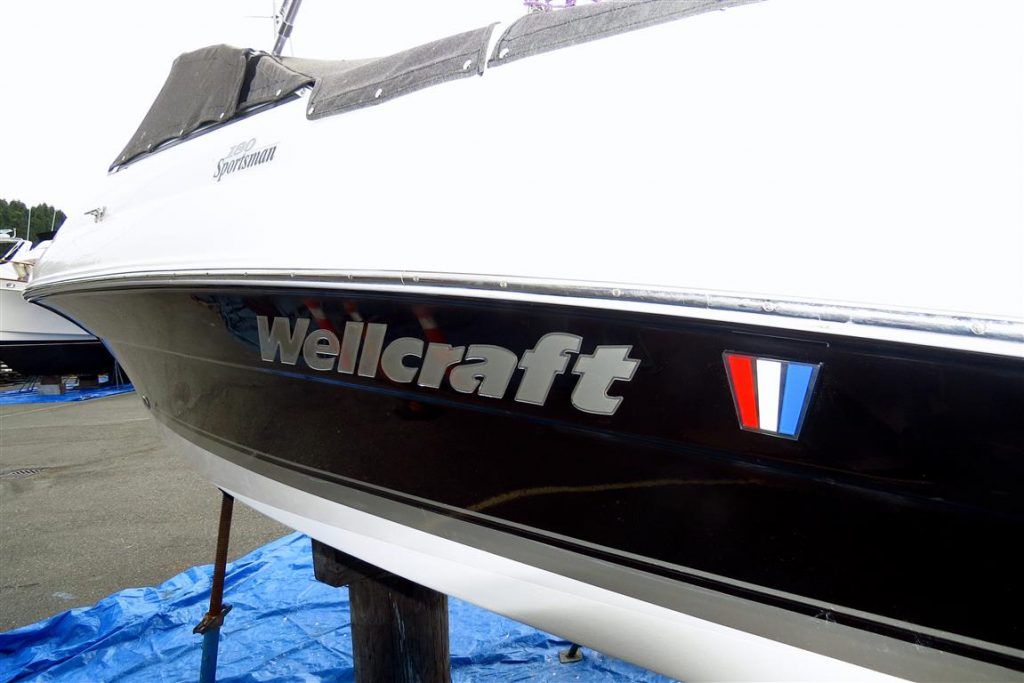 This striking black and white Wellcraft Sportsman 180 was on the hard for a port side repair, said Mark Lindeman, boatyard manager at Gig Harbor Marina & Boatyard. The runabout also had her bottom painted, but mostly she came in to have her port side fixed by the name, Lindeman said. “We repaired the black gelcoat and reinstalled the name,” he added. 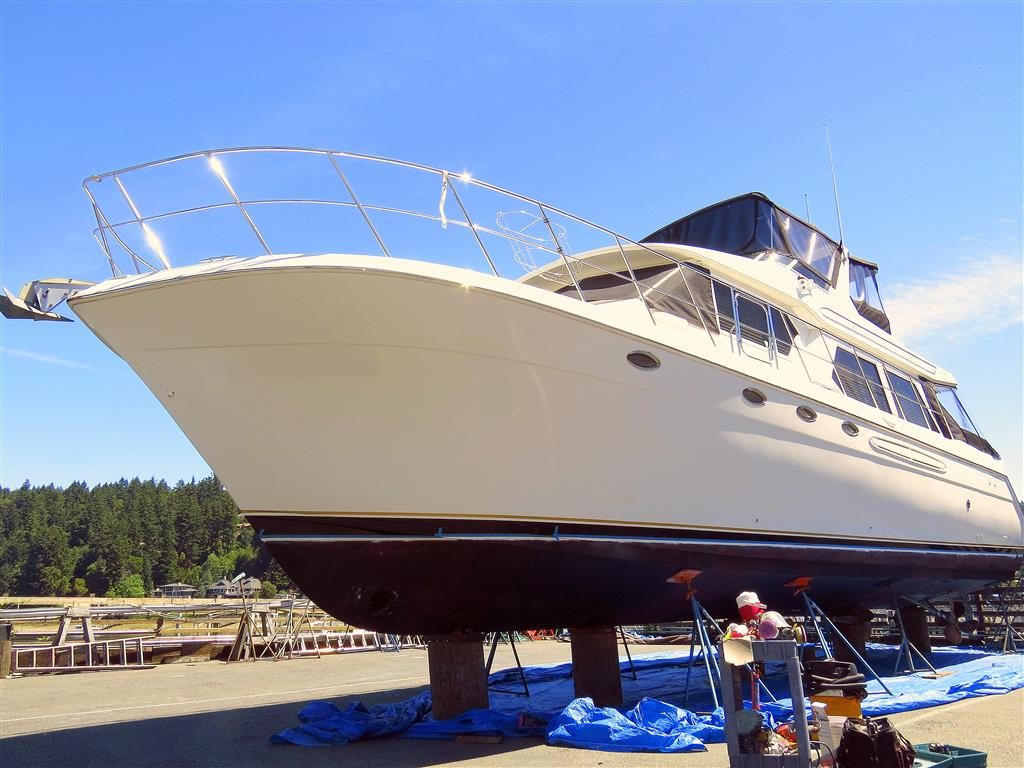 Over in the large boat section of the boatyard, this stately Navigator 58 was also in for service and repair recently. Prynne came in for bottom paint and regular bottom service, including new zincs, said Lindeman.