Gig Harbor’s popular summer kick-off event, the Maritime Gig Festival, sailed through the harbor this past weekend — and it was the hottest ticket in town. Temperatures were in the 80’s and 90’s for the June 4-5 event and buccaneers and landlubbers of all ages filled the waterfront for the 18th annual festivities.

Sunscreen and lots of cold water were the order of the day for this sizzling-hot Gig Fest. Even pets got needed refreshment (as seen in above photo) while owners enjoyed lunch at JW @ the Boatyard. Gig Harbor Marina & Boatyard’s new food trolley, with its picnic tables and bit of green lawn, was a popular spot over the weekend. 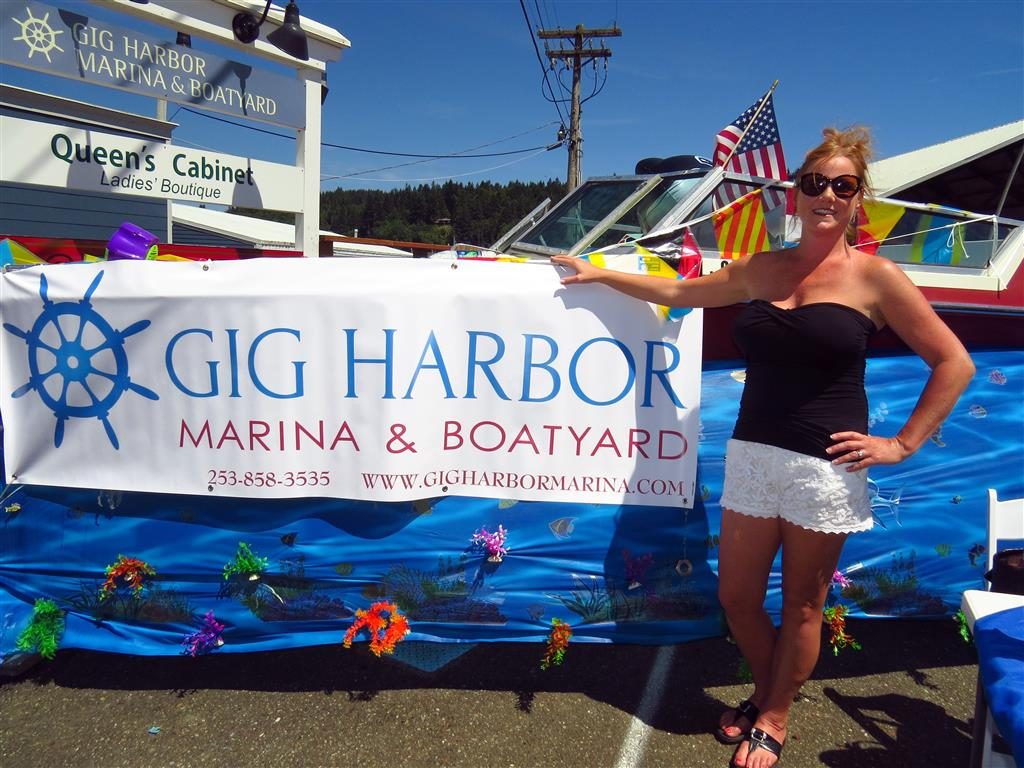 Danielle Taylor, hospitality manager at Gig Harbor Marina & Boatyard, was on hand near the marina entrance to share all that’s new at the boatyard. She signed people up for membership to The Club @ the Boatyard, the marina’s appealing park-side venue; told about the gorgeous Guesthouse @ the Boatyard; the upcoming waterfront watering hole, The Bar @ the Boatyard; and all the other “fun @ the boatyard” that’s taking shape in the heart of downtown Gig Harbor. 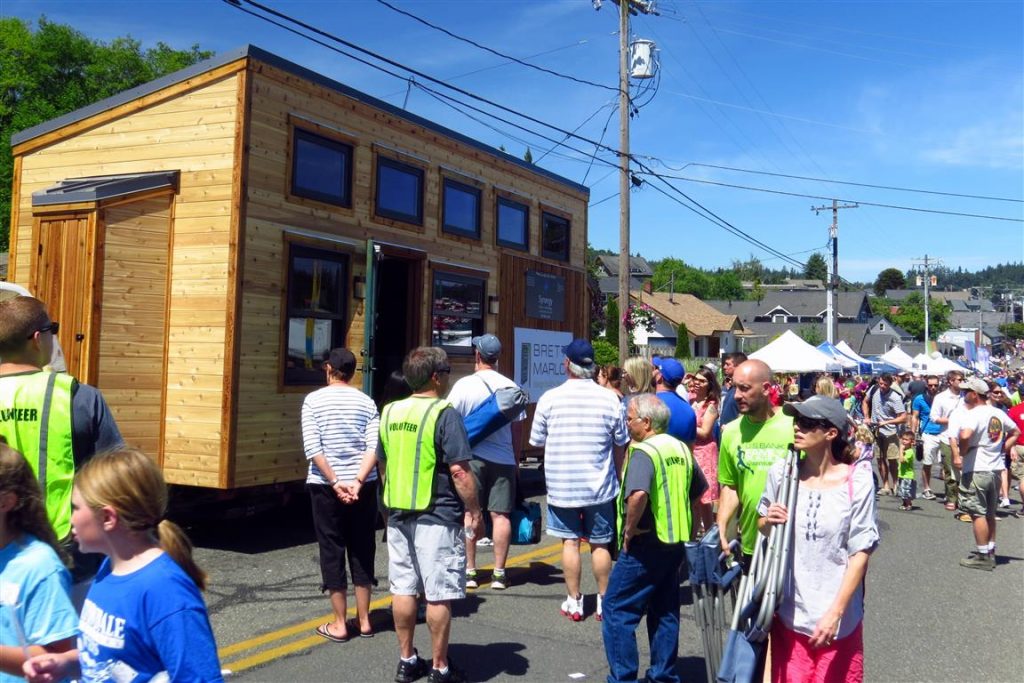 Shiver Me Timbers, Thar Be Fun for th’ Whole Family

The Maritime Gig Festival is steeped in traditional events that appeal to the whole family. The popular Kiwanis Pancake Breakfast started the day’s events on Saturday morning, followed by the U.S. Bank Family Fun Run through the harbor. After the Yo Ho Grand Parade, people flooded Harborview Drive to browse the enticing vendor booths that lined the street. New at this year’s Maritime Gig Festival was a Tiny Home on display by Brett Marlo Design and Build. 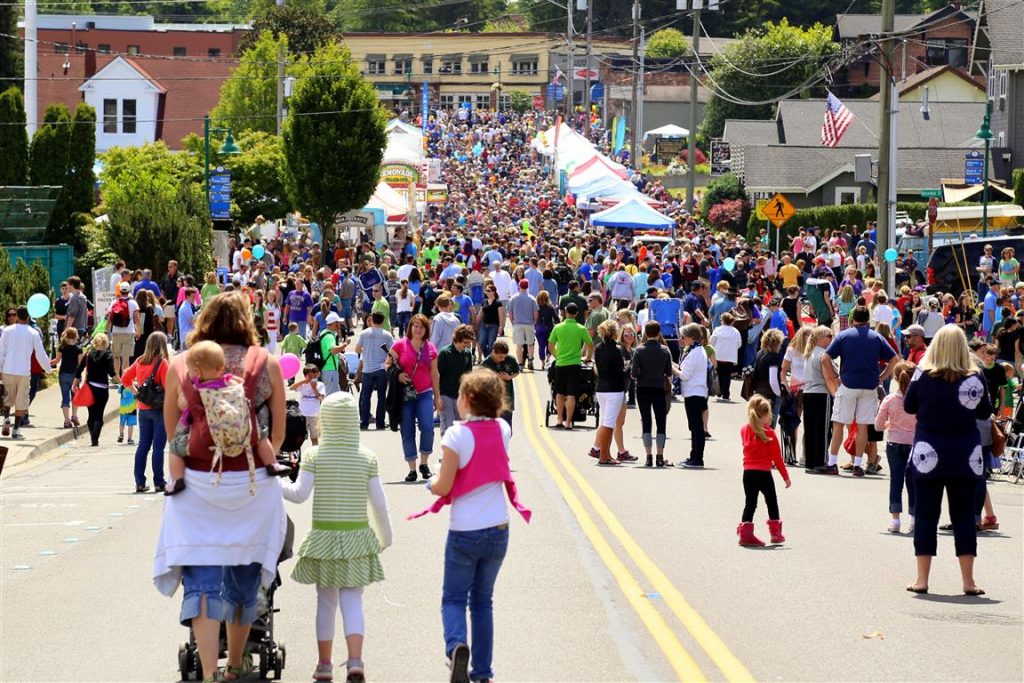 Even more fun awaited festival-goers on the water. Visitors spilled out to Jerisich Dock — down the ramp made extra steep by very low tides at mid-day each day. They toured private boats in the Yacht Festival organized by the Gig Harbor Yacht Club, took serenaded gondola harbor tours, and tried team paddling on the Gig Harbor dragon boat. 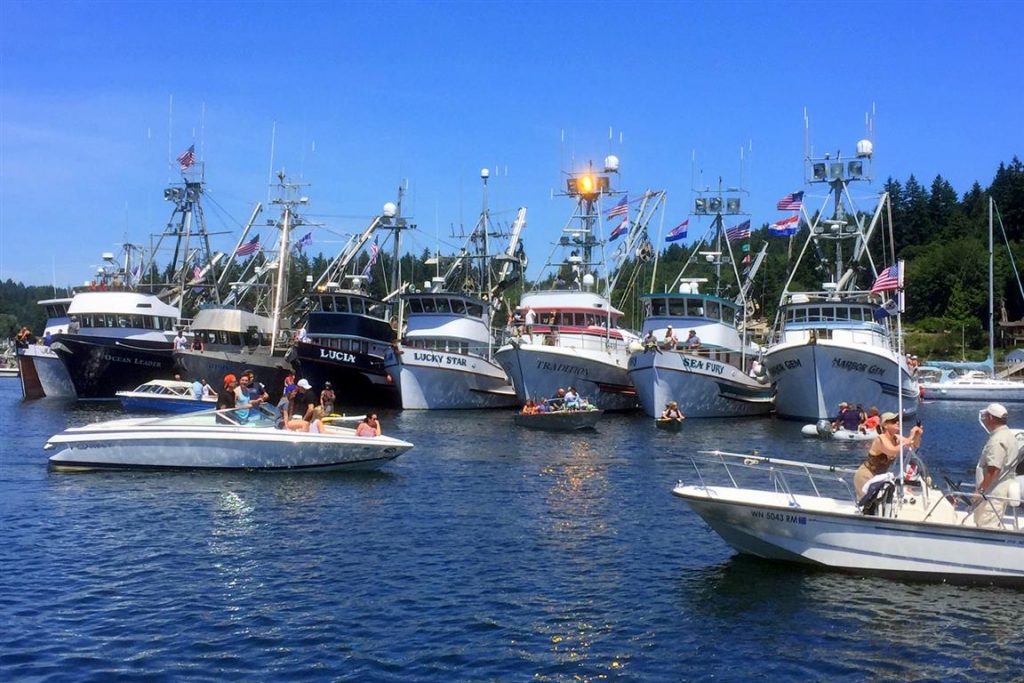 Sunday brought the Wheels on the Water car show, and the cherished tradition, the Blessing of the Fleet. Clergy from St. Nicholas Catholic Church in Gig Harbor offered blessings of holy water for a safe and abundant catch to the fishing fleet based in the harbor. (Photo by Danielle Taylor, Gig Harbor Marina & Boatyard) 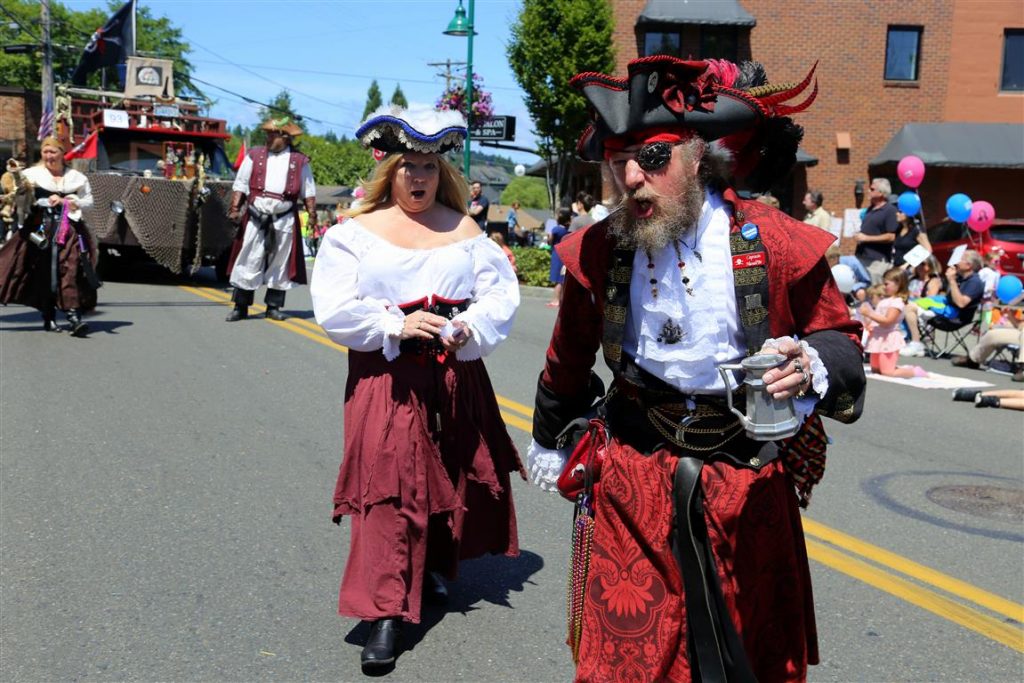 So, me hearties, the Maritime Gig Festival has blown out to sea for another year, so avast and stay the course until she comes back to these waters next June. Shiver me timbers, thar be pirates — and a whole lot o’ fun in the harbor before then!