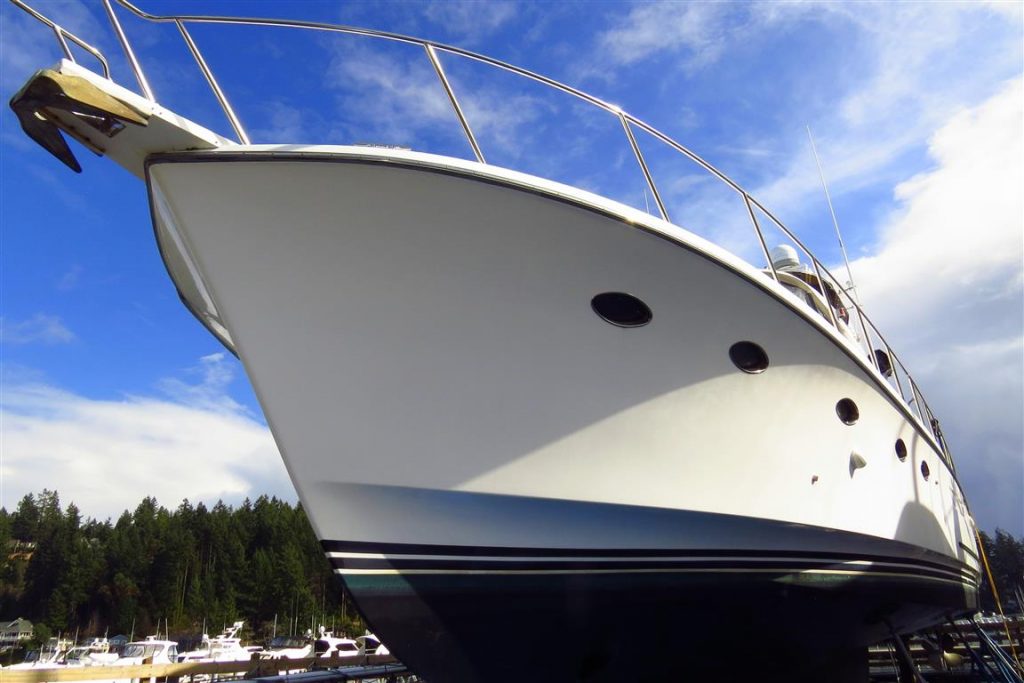 Pilot Greg Jump had one of his routine layovers at Gig Harbor Marina & Boatyard during the last few days of April. He brought his 36 Tiara power boat in for regular service and maintenance before going north for cruising this summer.

“He’s one of our regular marina customers,” said Mark Lindeman, boatyard manager. “He’s a friend of the boatyard.” 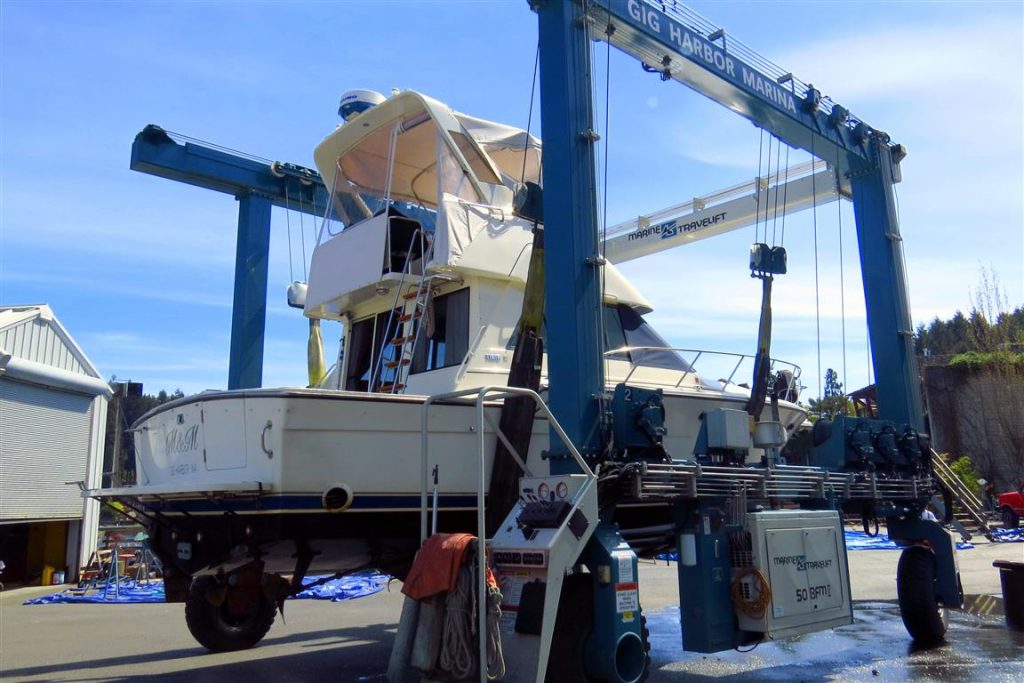 Boat owners of this Tiara 36 plan to take the boat to the San Juan Islands and the Gulf Islands this summer. They came to Gig Harbor Marina & Boatyard for their regular service before a summer of cruising.

I had stopped in the office at the downtown Gig Harbor boatyard to ask about the new crop of boats in the yard since my last visit a few days earlier. Mark Rybin, operator of the Marine Travelift, was busy moving the Tiara across the yard in the huge life, so of course I started with that one.

Boat owner Jump, a pilot for Alaska Airlines, had M & M hauled out for bottom paint and installation of a new transducer. He also planned to change a few lights and do some waxing on the Tiara before heading to the San Juans and Gulf Islands for a two-week trip this summer.

“This will be the first trip up there for the girls,” said Jump, of Gig Harbor, who has owned the Tiara for about two years. His daughters, Macy, 12, and Morgan, 9, are the “M and M” inspiration of the boat’s name, and Jump is eager to share the special tradition of summer cruising with them.

“He’s a friend of the boatyard” — boatyard manager Mark Lindeman

“I grew up boating with my parents in the San Juans and now I’ll be doing that with them,” he said after watching the 50 metric-ton Travelift set M & M on blocks at Gig Harbor Marina & Boatyard. 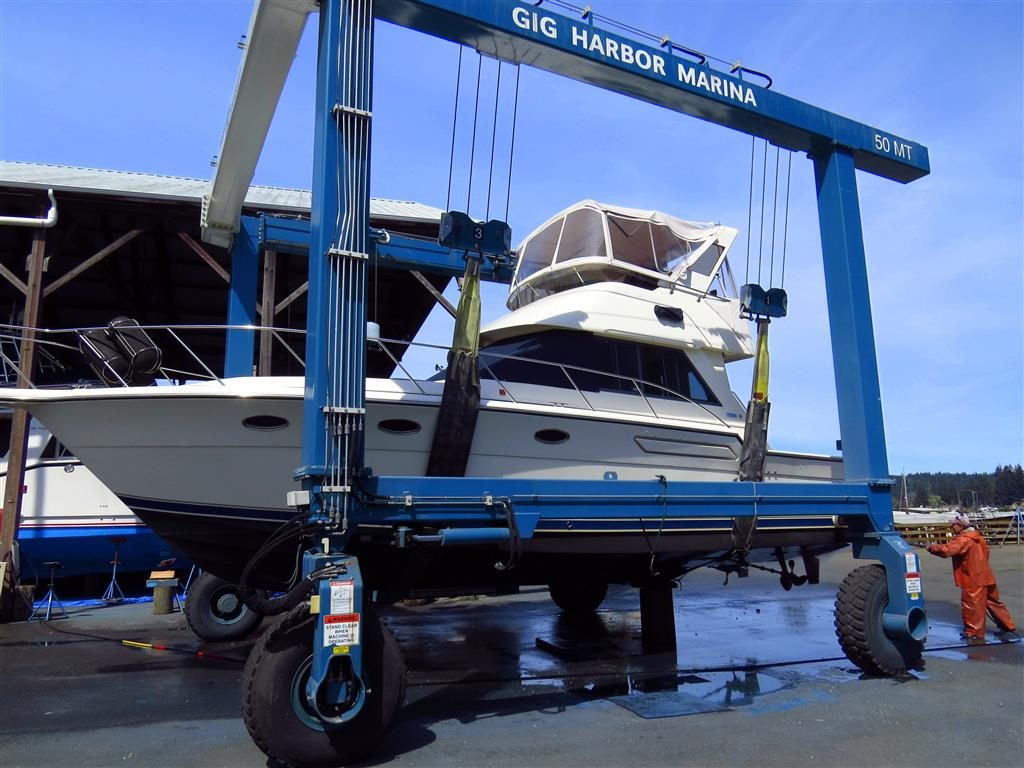 Come in for a service and maintenance layover before you set out on your own summer cruising adventure.