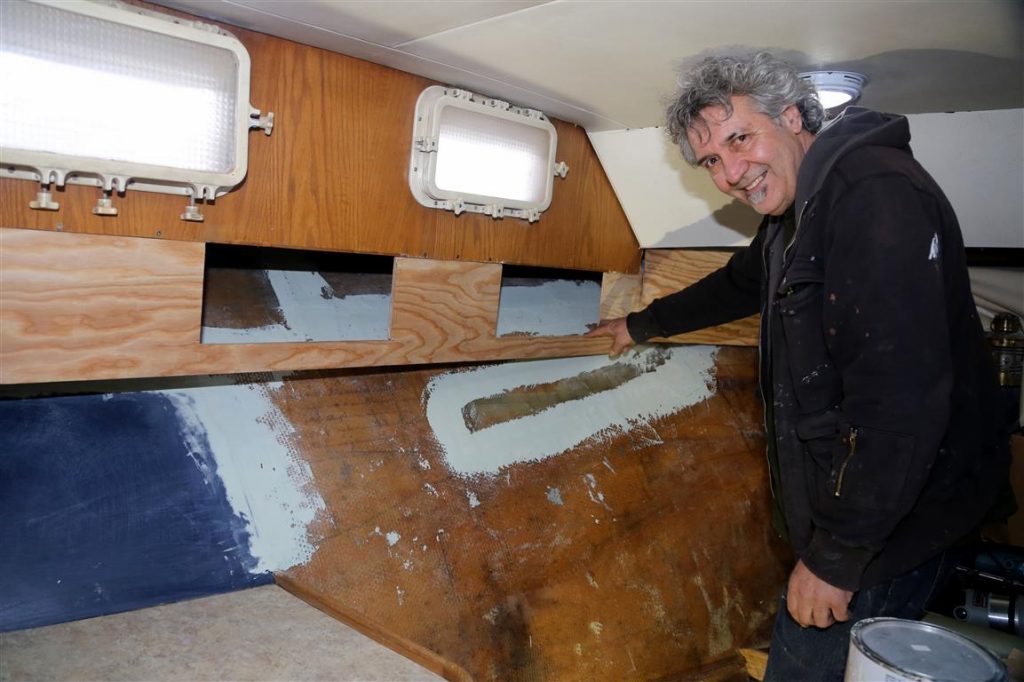 Nap Tyme, which had the misfortune of sleep-walking into the path of a Washington State ferry in December, is coming along with repairs to her cracked fiberglass hull, deck and splintered cap rail.

Carl Conner, yacht rigger and expert fiberglass laminator at Gig Harbor Marina & Boatyard, is finishing up his work grinding and relaminating fractures in the North Coast 48’s forward stateroom and shower. Shipwright and skilled wood-worker John Iverson is building a new teak cap rail to replace the 12-foot section near the port-side bow that splintered upon impact with the state ferry Chetzemoka. 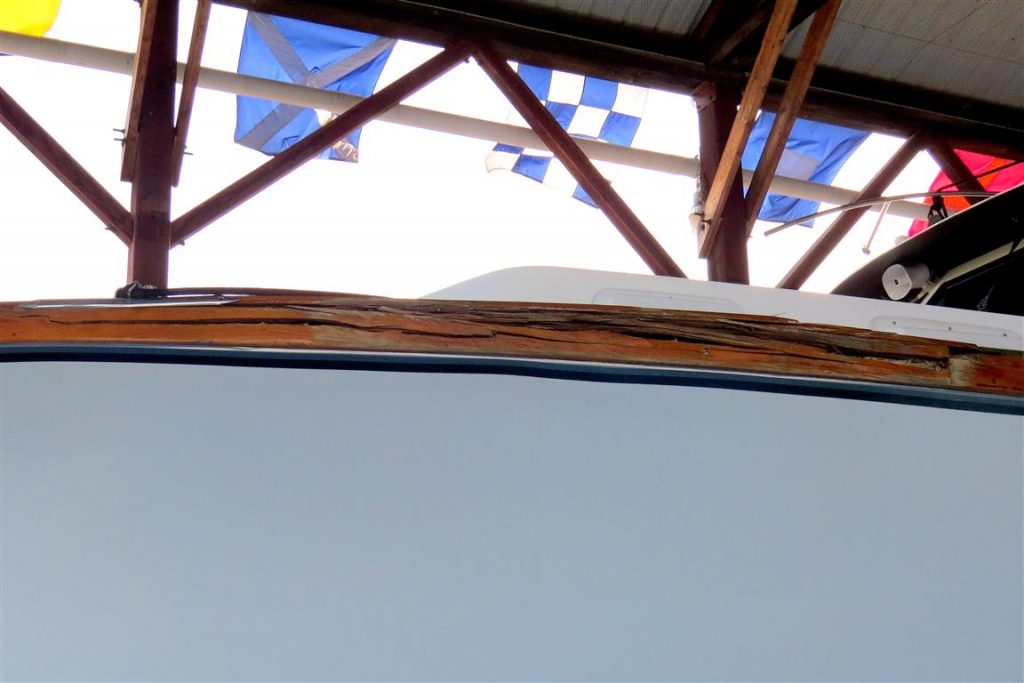 While neither vessel sustained serious damage and the ferry was delayed just 30 minutes, the impact was enough to cause the yacht’s owner to bring his boat to Gig Harbor Marina & Boatyard for repairs. (See previous blog on Ferry Collision Damage.)

After a Rude Awakening with a Washington State Ferry, Nap Tyme is Getting Rested & Repaired at Gig Harbor Marina & Boatyard 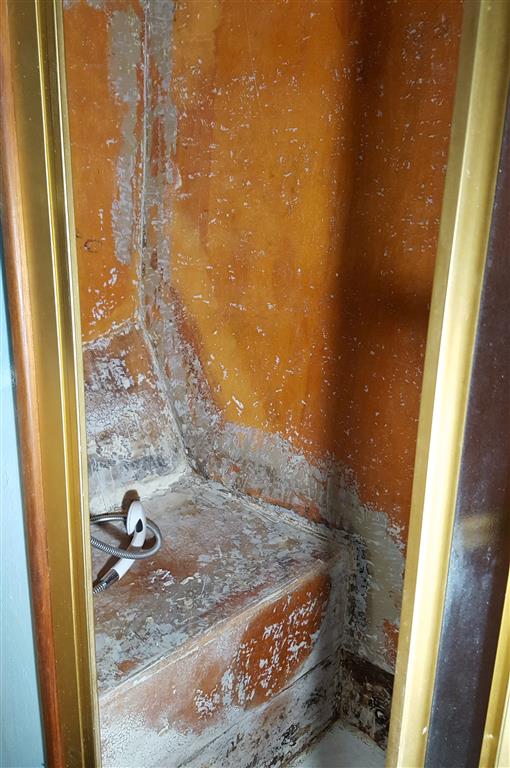 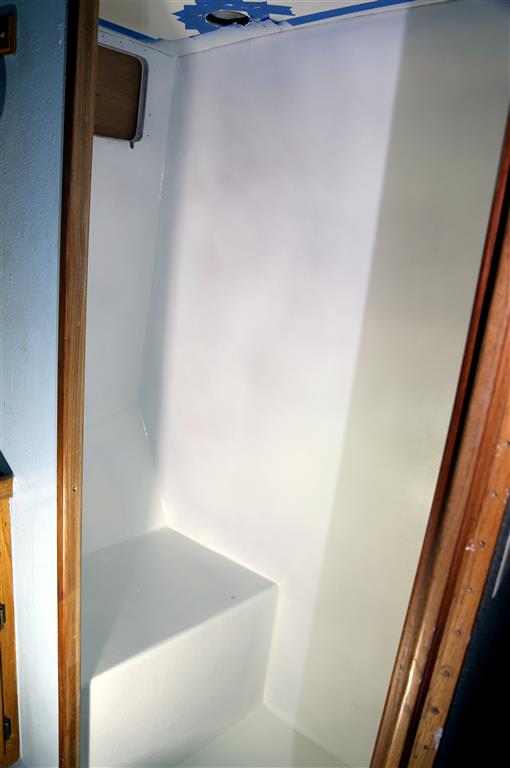 Conner is finishing up repairs to the yacht’s shower and forward stateroom. He first had to sand down through the cabin skin to get to the fractured fiberglass. In the shower (above) he ground out the damaged material, relaminated the cracks — after “a lot of prep,” he added — re-gel coated the surfaces and applied PVA mold release.

In the head, he fixed all the cracks in the wall and tightened up the cabinet. 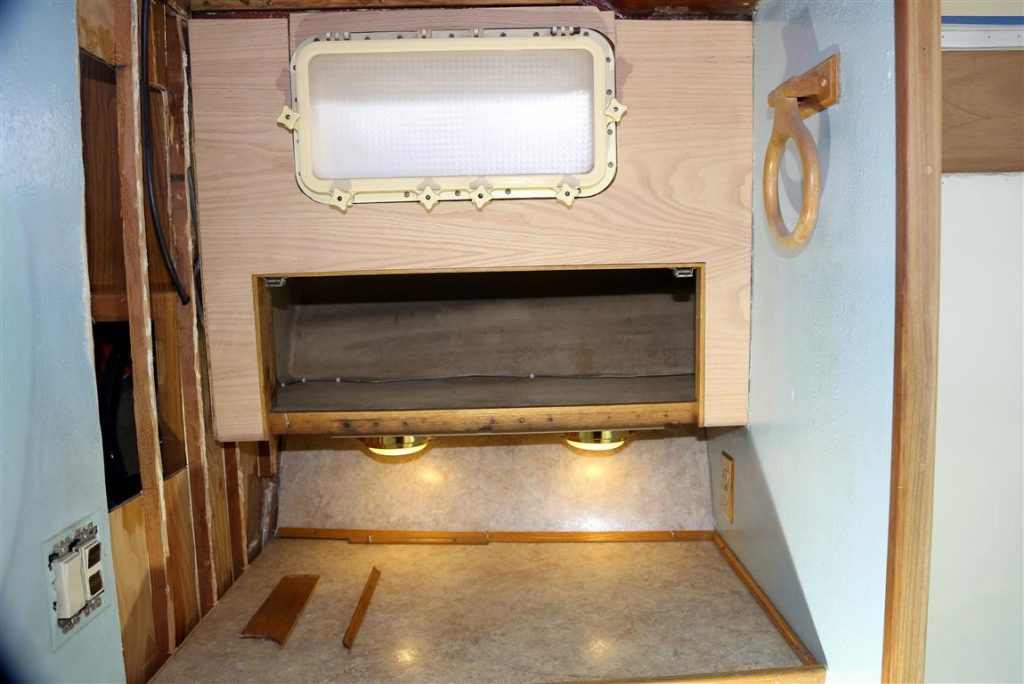 “I fixed the damaged area in the back and reinstalled the cabinet,” he said. (Photo above.) “Now I’m refitting the laminate.”

In the stateroom, the yacht rigger/carpenter is building new cabinets and repairing cracks in the hull (photo at top). The impact with the ferry also buckled the veneer on the starboard wall of the stateroom.

Fortunately, no one was injured when Nap Tyme had its rude awakening out in Puget Sound in early December. With a loud whack heard on videos that popped up immediately on YouTube, the yacht collided with the behemoth ferry on its run between Point Defiance and the southern tip of Vashon Island. 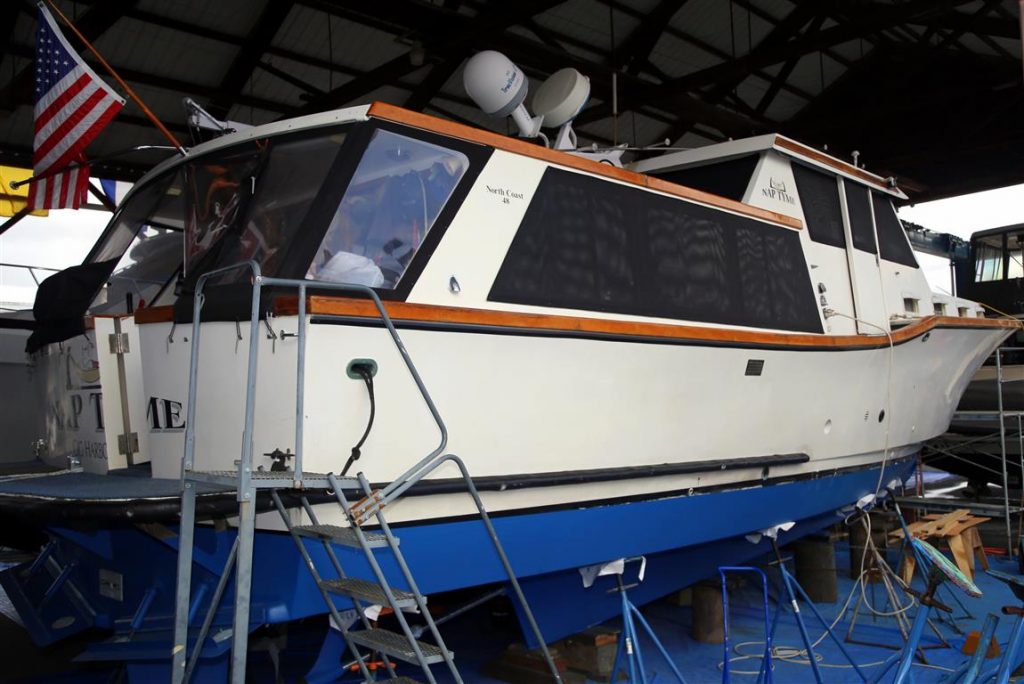 “Had it been any other type of boat…it would’ve just crumbled,” Nap Tyme skipper Clarke Swanson told news outlets after the accident. Swanson, who lives aboard his North Coast yacht in Gig Harbor, was below deck at the time his boat was crossing the ferry lane.

Keep watching this site for the relaunching of ‘Nap Tyme.’ In the meantime, remember that we can fix anything down here at Gig Harbor Marina & Boatyard – even when a ferry hits you.