National Night Out Returns to Gig Harbor on Aug. 7

From the Gig Harbor Police Department:

On Tuesday, Aug. 7, the community of Gig Harbor is invited to come together along Harborview Drive in downtown Gig Harbor and join thousands of communities gathering nationwide for National Night Out.

This fun, free, community-wide event from 5 to 9 p.m. will include free food, military and law enforcement displays, a Home Depot Root Beer Garden and many other fun activities for the whole family.

Please note: Harborview Drive will be closed from Pioneer Way to Rosedale Street beginning at 3:30 and running through 9 p.m.

National Night Out will be hosted alongside Summer Sounds at Skansie, the popular and long-running Tuesday night concert series in Skansie Brothers Park, at 3207 Harborview Drive. The spotlight musical guest on Aug. 7 is “Bobby Sox and the Jukebox,” featuring a lively 50’s and 60’s review. Live music will begin at 6:30 p.m.

National Night Out is a “Community-wide” block party designed to heighten crime prevention awareness. It is enjoyable means of  promoting neighborhood spirit, building police-and-community partnerships and sending a message to potential criminals that crime will not be tolerated in our community. 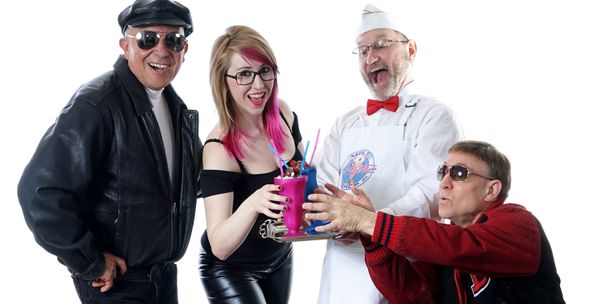 Bobby Sox and the Juke Box

Gig Harbor’s National Night Out will include:

This event is hosted by the City of Gig Harbor Police Department & sponsored by: