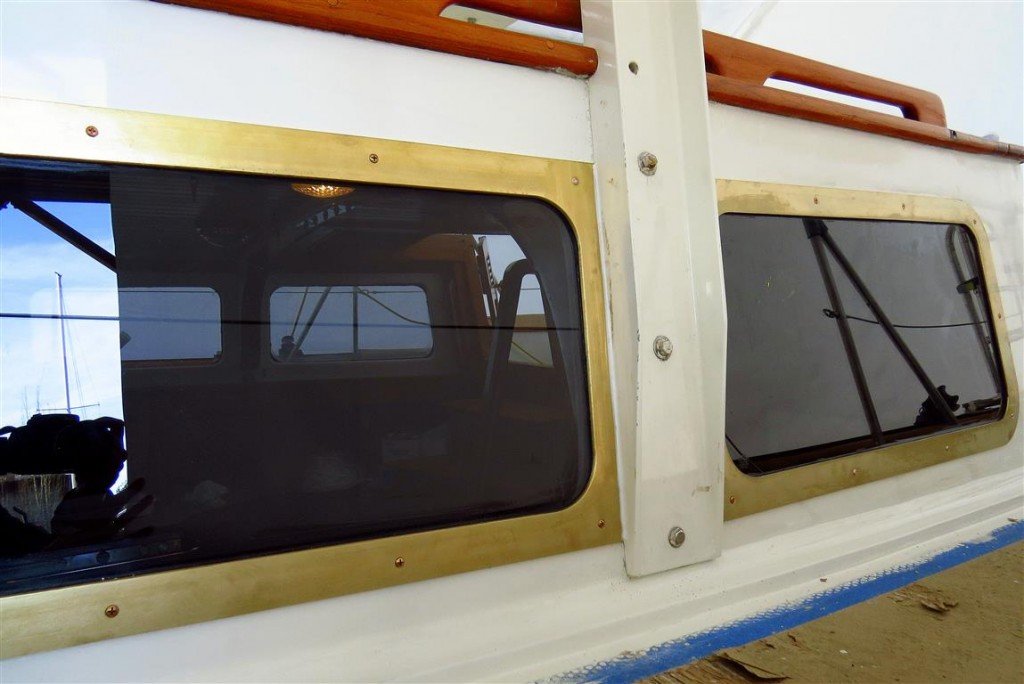 The owner of the 1986 Ron Amy-designed pilothouse cutter brought his boat down from Seattle this winter to have all new windows installed at the downtown Gig Harbor Marina & Boatyard.

“They look great,” said Boatyard Manager Mark Lindeman. “We decided to change from wood to bronze frames to lower the maintenance needed. No more varnish. We chose bronze over other materials because it matched other bronze features,” such as the portholes, he added. 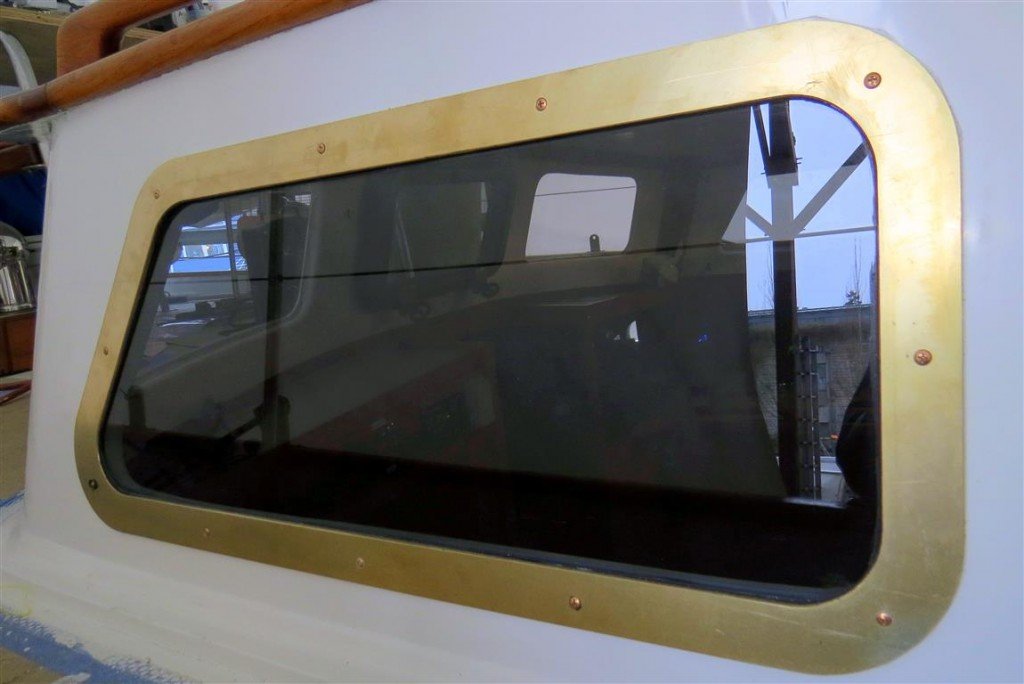 All nine windows were removed from Majestic’s pilothouse and boat wrights at Gig Harbor Marina & Boatyard replaced the glass and the old, rotten wooden window frames.

“The work we’re doing is to resolve old leaks,” said Lindeman.  “The old wooden frames leaked and the laminated safety glass had degraded due to the leaks. Now the boat has all new glass and new window frames.” 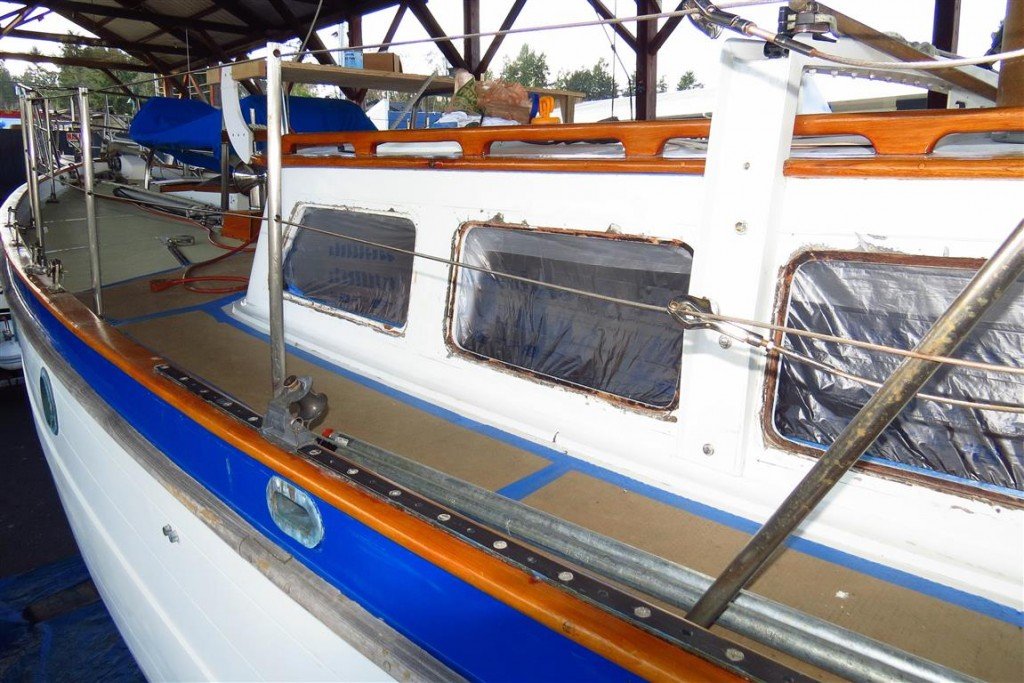 “We sent those out to be water-jet cut, which makes a very nice, clean edge,” explained Lindeman. “Once the new bronze frames were back from the water-jet manufacturer, John detailed the edges and drilled and countersunk the screws.”

The cabin sides around the window openings have been re-fiberglassed and repaired, and the whole cabin will be repainted, added the boatyard manager.

Now Iverson is on to reskinning the Spindrift’s forward and aft showers with new laminate and replacing the rotten frames under the showers. 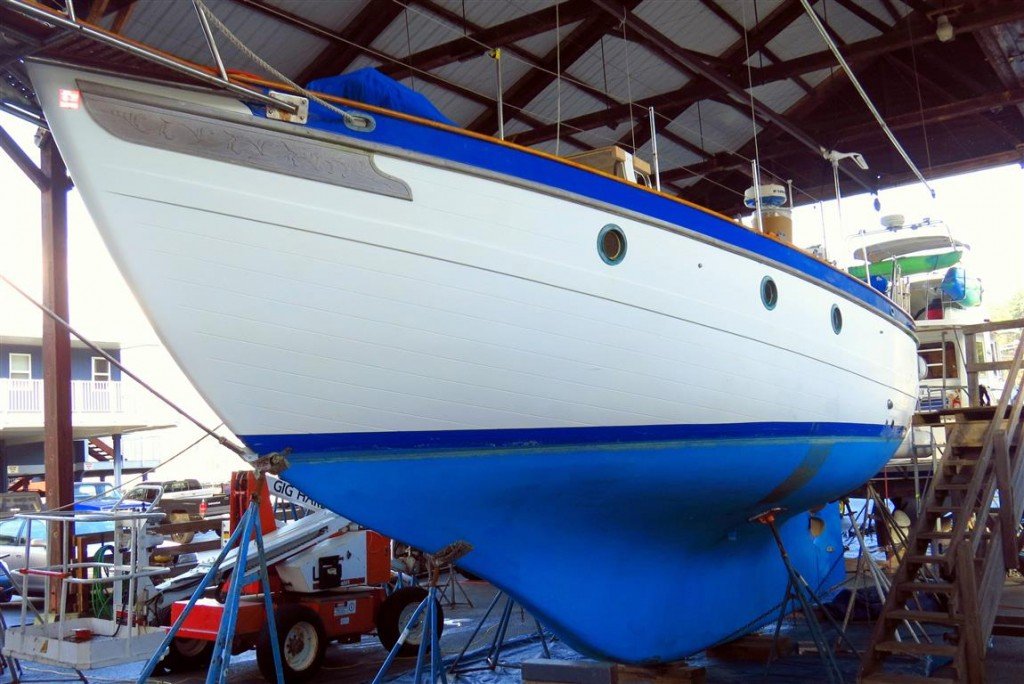 Majestic, a double-ended, full-keel cutter, will certainly be a regal presence the next time she goes cruising. Gig Harbor Marina & Boatyard treats you royally when it comes to marine service and repair.