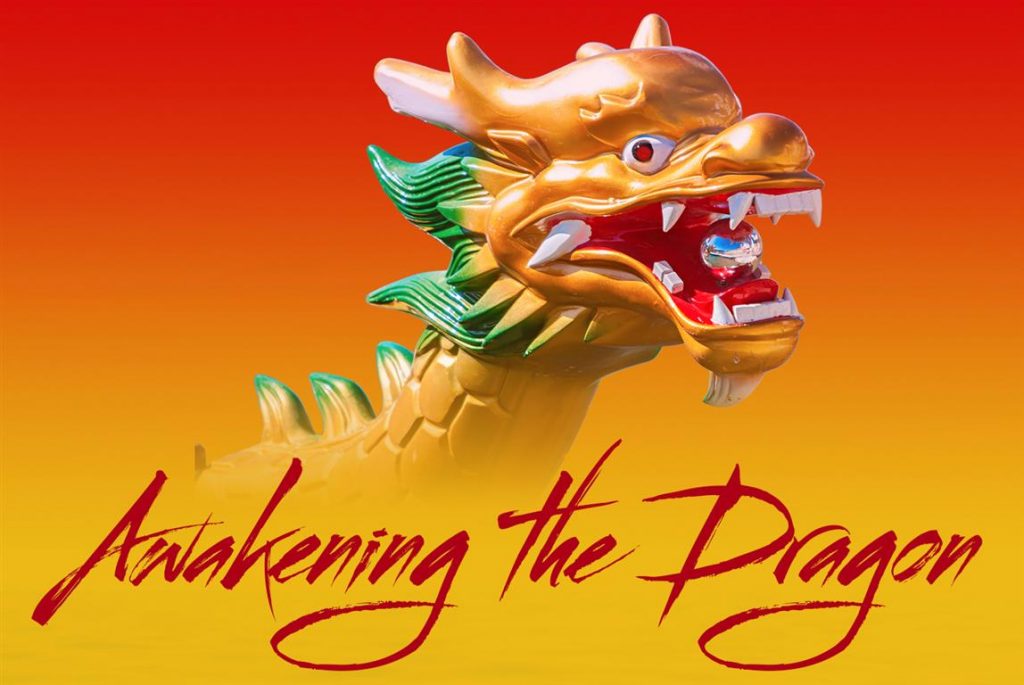 Gig Harbor has been fired up over dragon boating ever since a few exhibition races took place during a Paddlers Cup three years ago. Now the heat of this popular team competition will be turned up a few more degrees with the addition of two new dragon boats in the community.

The public is invited to an “Awakening” ceremony to officially welcome and launch the two new Champion 10-person dragon boats in the harbor this Saturday, March 17, in Skansie Brothers Park.

Paddlers from the Gig Harbor Dragons: PenMet Parks Dragon Boat Team will enact a version of the ancient Chinese ritual, “Awakening of the Dragon.” This ceremonial rite culminates with the dotting of the eyes of the dragon with red paint, awakening the dragon and ending its time in slumber. 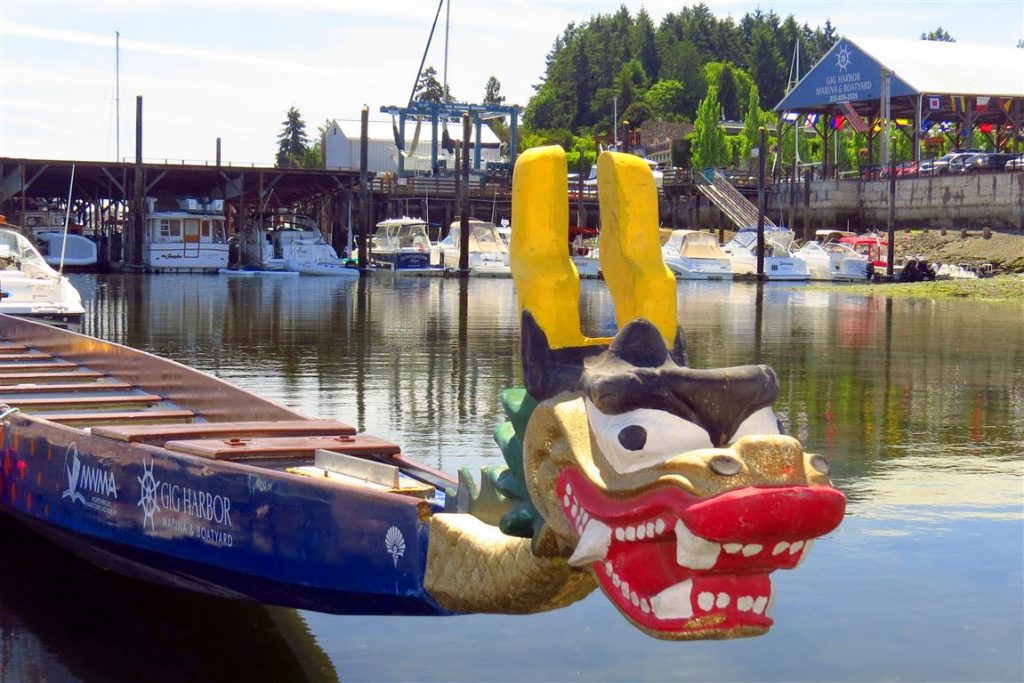 Dragon boat racing, known for its team camaraderie and excellent team-building qualities — not to mention exhilarating fun — is soaring in popularity in the Northwest.

Red is the color that symbolizes heat, summer and fire, explained Gig Harbor Dragons Coach Al Abbott in a press release. Red also represents good fortune and prosperity. The “Awakening of the Dragon” ceremony is the traditional beginning of dragon boat festival season.

“We will be celebrating our version of a Chinese tradition, ‘Awakening the Dragon,'” said team President Sharon Shaffer. “We hope you can join us to celebrate the ‘Awakening’ of our two new dragon boats, recently delivered from China.”

The ceremony will include a bit of history on dragon boats, symbolic sage burning around the boats and “awakening the dragons” by painting the dots on their eyes to open them up. That honor will be performed by team member and graphic designer Margaux Serock, owner of Margaux Marine Graphics. 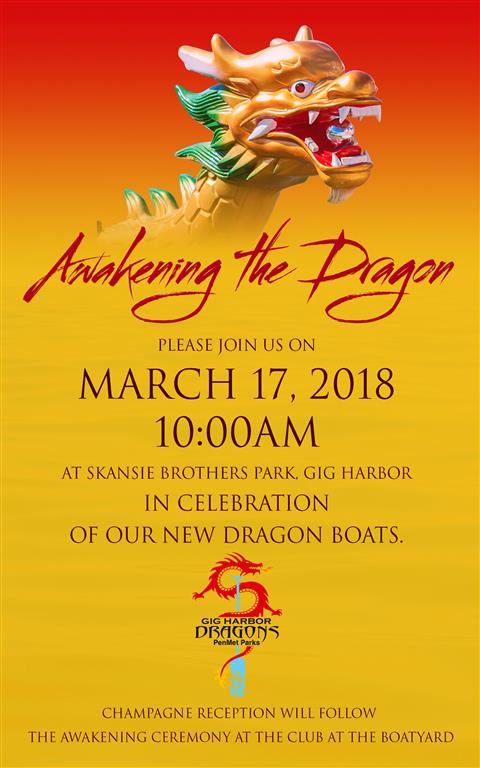 The new boats join the community’s original dragon boat purchased by Gig Harbor Marina & Boatyard in 2015. Boatyard Managing Director Ron Roark and the Peninsula Athletic Association shared the cost of one of the new boats, with PAA turning over ownership to the boatyard.

That boat will be named at Saturday’s ceremony, Shaffer said. The other new boat was purchased by team paddler Jen O’Hare and is already named Tiamat.

Shaffer expressed the team’s appreciation of Roark and the boatyard for support of dragon boating in the harbor. As home of the Gig Harbor Dragons, Gig Harbor Marina & Boatyard provides convenient, easy moorage for the growing fleet of boats.

“Thank you so much for your ongoing support of us,” she said in an email to Roark. “We continue to ‘spawn’ and grow in this supportive pond.  Next Saturday will be a happy day for us — even more growth and more joy. Everyone is invited to come down to the park and celebrate this amazing growth and strength of this growing community sport.” — Best, Sharon. 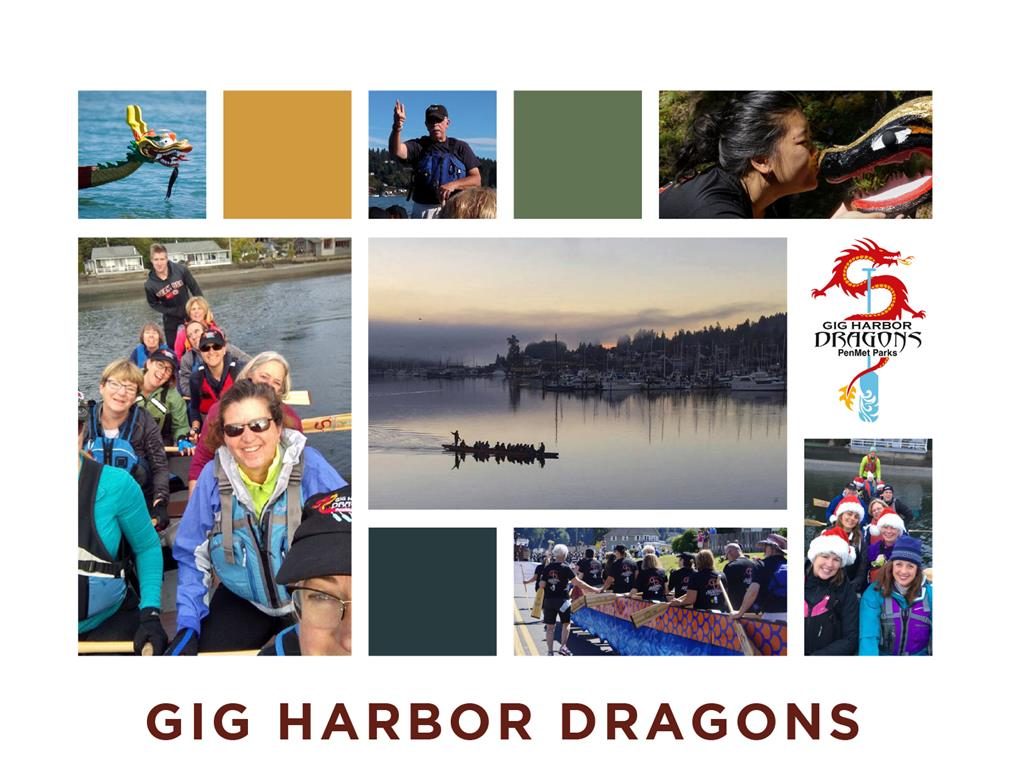 The Gig Harbor Dragons will open their 2018 season in a supporting role of the Gig Harbor Paddlers Cup on April 21 & 22.  The Dragons will compete the following weekend at Saint Martin Regatta in Olympia, Wash. 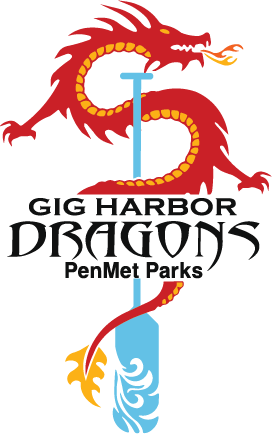 You can see the Dragons on the waters of beautiful Gig Harbor Bay most days a week. Several of the club members also paddle with the Washington Area Master program (WAM), which will compete at the World Championships in Hungary this July.