The gorgeous new men’s and women’s restrooms will soon be up and running and are sure to be a hit with guests who come to moor at the downtown Gig Harbor marina.  The restrooms feature large, horizontal slate-gray textured tile part way up the walls, accented by soothing sea foam-blue wall paint at the top. Soft sandy tones in the river rock floor tile flow throughout the restrooms for just the right beachy feel in the stylish waterfront facilities. 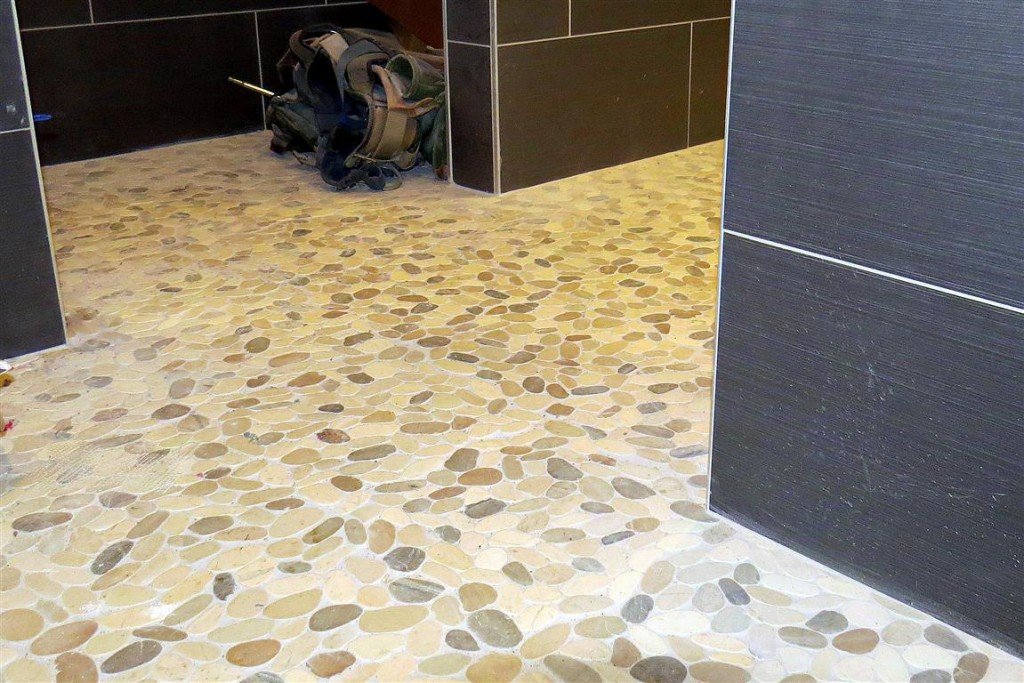 Attractive fixtures will be next for the two new ADA-compliant restrooms. The facilities meet Americans with Disabilities Act standards for accessible design with roll-in showers, grab bars, ample space and other features.The women’s restroom will have three toilet stalls, two showers and a two- or three-sink vanity. The men’s room will have the same features along with two urinals, and both restrooms will be fire protected with a sprinkler system. 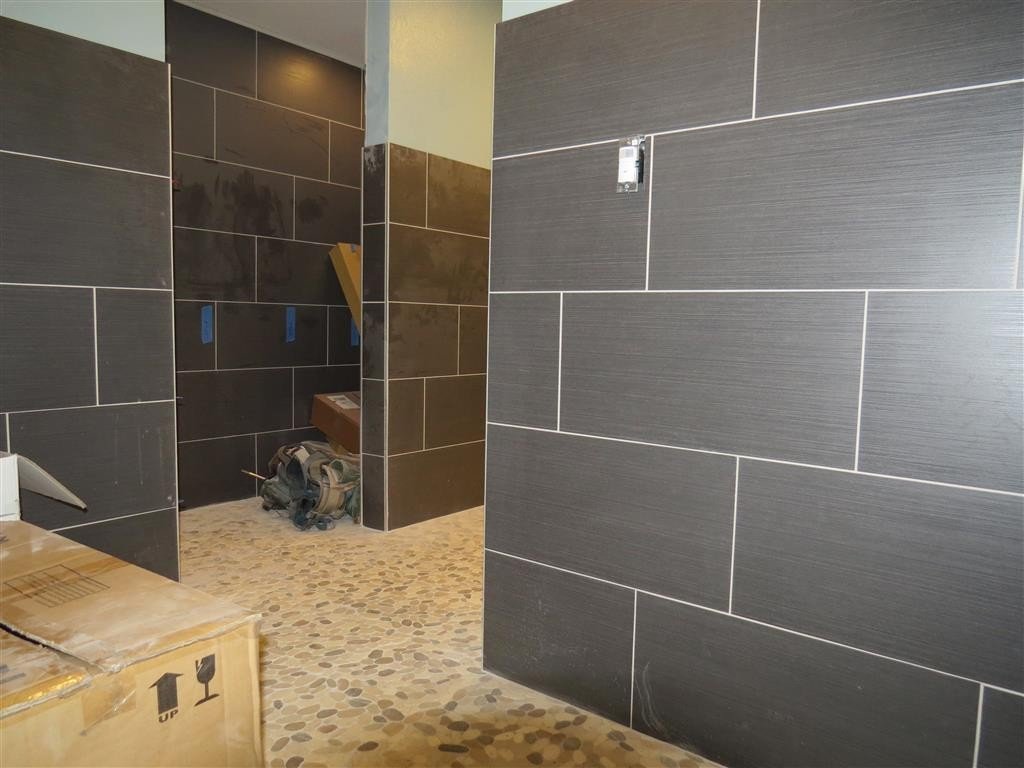 Gig Harbor Marina & Boatyard has had requests for showers for years, say marina managers, and that is being answered —  in plenty of time for the upcoming cruising season.

“Showers are a big thing with boaters,” said Ron Roark, owner and general manager of Gig Harbor Marina & Boatyard last fall. “You can’t be in the business of guest moorage without showers.”