Gig Harbor Marina & Boatyard’s new yacht fitter, Carl K. Conner, paused in his work on a 37-foot Sea Ray to tell a bit about himself, the twinkle in his eyes spreading over his face.

“I’m a jack of all trades,” he said, “and a master of . . . all,” he finished with a laugh as if delivering a punchline on himself. But it isn’t a joke, nor is it puffed up self-importance: Conner, 61, really is a master of many trades, although he would never actually say so.

The new guy at Gig Harbor Marina & Boatyard was hired as a fiberglass laminator, said Mark Lindeman, boatyard manager. But “he is a yacht rigger,” he added, referring to Conner’s versatile list of skills and experience from working for various boat builders.

Some of that experience came from Modutech Marine in Tacoma, working on fishing boats in the ’70’s, Lindeman said. More recently, Conner, who lives on Vaughn Bay in Key Center worked as a contractor building homes. 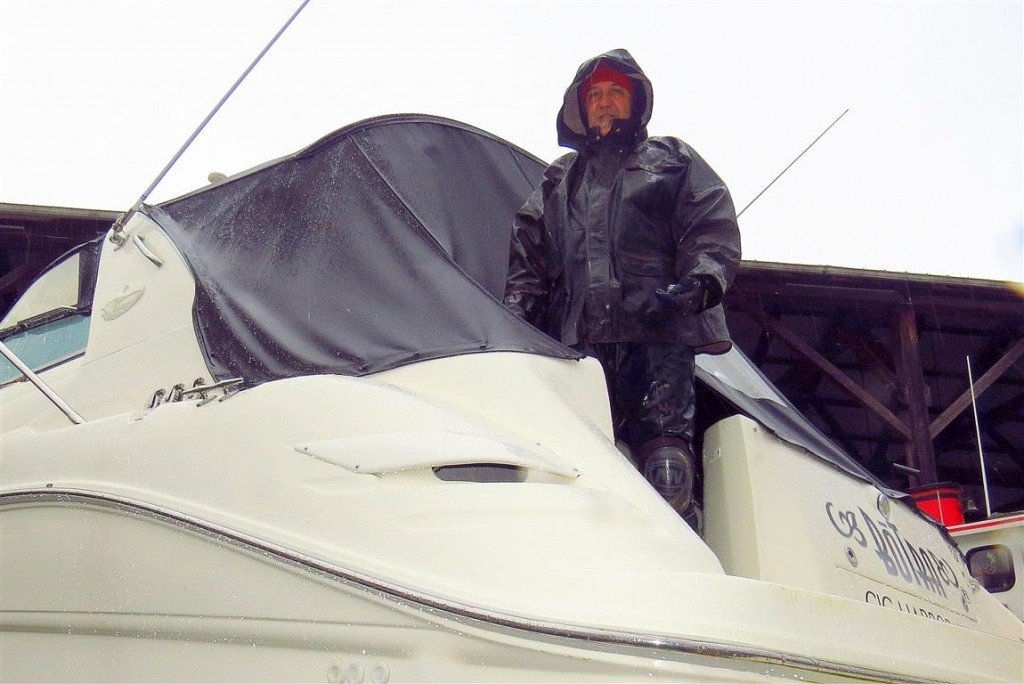 “I’m a builder by trade,” says Conner, who moved to the peninsula from Eastern Washington in 1976.  He has been at Gig Harbor Marina & Boatyard for about a month and the downtown boatyard is a very comfortable fit so far, he said.

“Oh, and I was also a guitar builder,” he said over his shoulder as he walked to the parts room for another tool for the Sea Ray’s shaft replacement job. Conner worked at Boogie Body Guitars in Puyallup from 1984-86 and was on the job just a few weeks when he got an interesting call.

“Yes, it was for Eddie Van Halen,” said Conner, who met the famous lead guitar player from the hard rock band Van Halen in the process of building his mahogany guitar.  “We did the body and Eddie finished it.”

Eddie Van Halen, considered to be one of the world’s greatest guitarists, and one of the most influential rock guitarists of the 20th century, did his own routing and painting on the guitar, Conner said.

Such are the experiences of a master of many — if not all — trades. Wrench in hand, the yacht rigger headed back to Botra, the 37-foot Sea Ray on the yard at Gig Harbor Marina & Boatyard for shaft replacement. 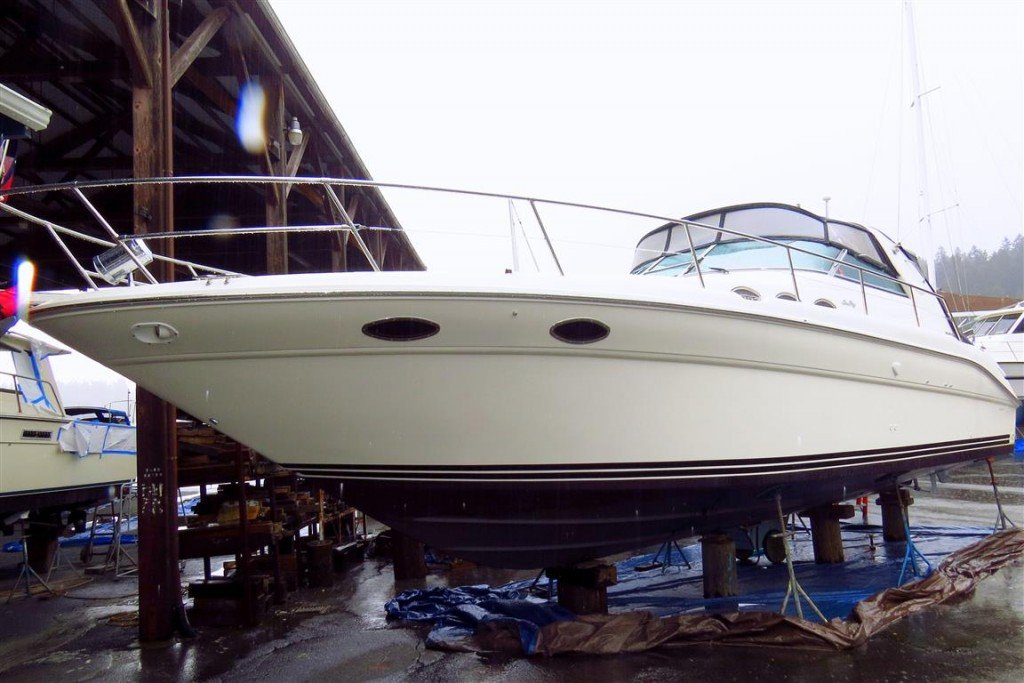 Handsome “Botra” a 37-foot Sea Ray is on the yard for shaft replacement before summer boating season gets under way.

Conner is replacing both shafts, which had a vibration and are now re-balanced, and the cutlass bearings on the cruiser, getting her ready for boating season and many upcoming adventures of her own.