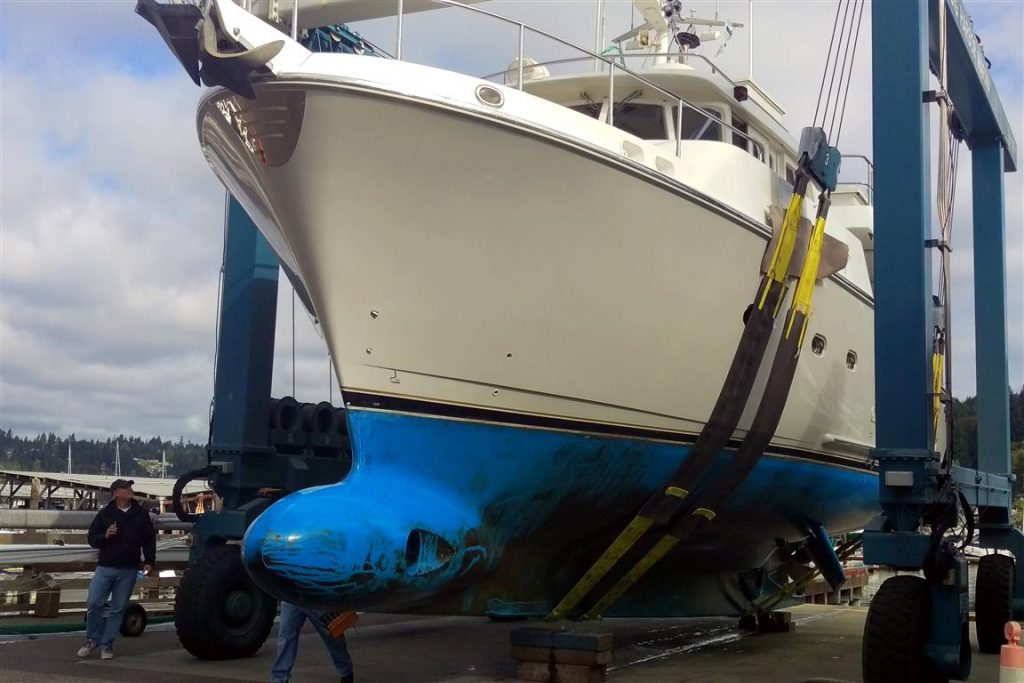 A cool, bulbous bow Nordhavn was hauled last week and boatyard staffers made sure to snap some pictures of the eye-catching boat.

Konig, with her protruding bow bulb leading the way, was hauled out for an insurance survey. The 50-foot Nordhavn is owned by Kevin Lee, a yacht broker at Emerald Yachts in Gig Harbor.

The cruising yacht was in the Travelift for just a short time, but it was long enough for office manager Jenn Brown to go out with her cell phone. She and Travelift operator Mark Rybin took the photos on this page. 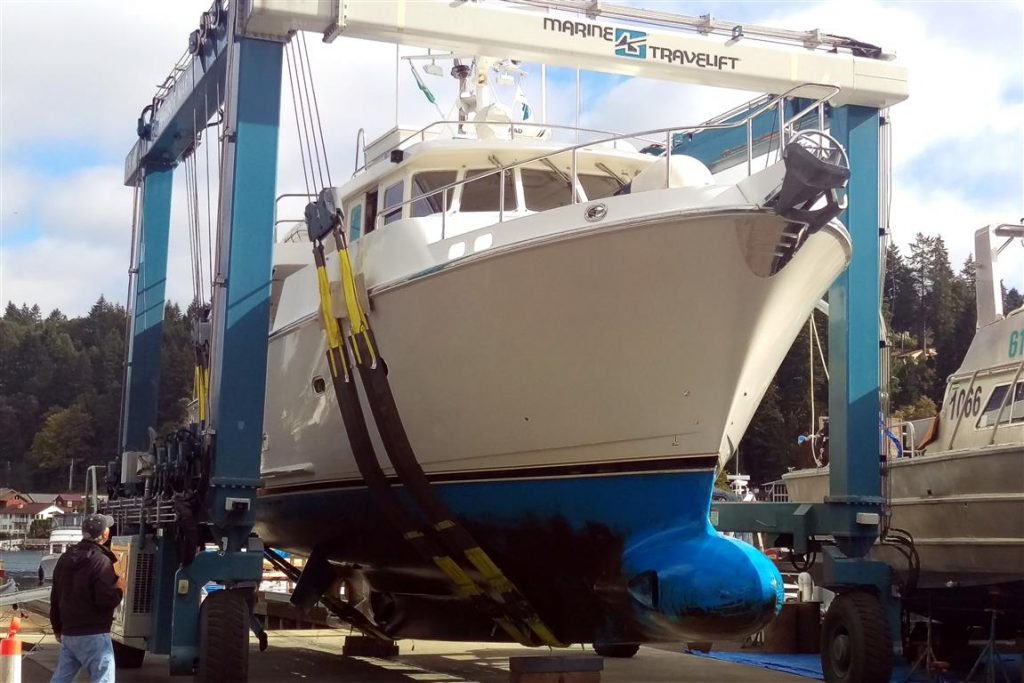 “Konig,” a bulbous bow Nordhavn 50 was hauled at Gig Harbor Marina & Boatyard for an insurance survey.

The boatyard guys at Gig Harbor Marina & Boatyard haven’t hauled many bulbous bow boats since I’ve been walking the yard with my camera. So I had to go to the Internet to learn more about this cruising feature.

Various websites on the subject informed me that a bulbous bow is a protruding bulb at the bow of a ship just below the waterline. The bulb modifies the way the water flows around the hull, reducing drag and thus increasing speed, range, fuel efficiency and stability.

Large ships with bulbous bows generally have a 12 to 15 percent better fuel efficiency than similar vessels without them. A bulbous bow also increases the buoyancy of the forward part, reducing the pitching of the ship to a small degree.

Bulbous bows have been found to be most effective when used on vessels that meet the following conditions: 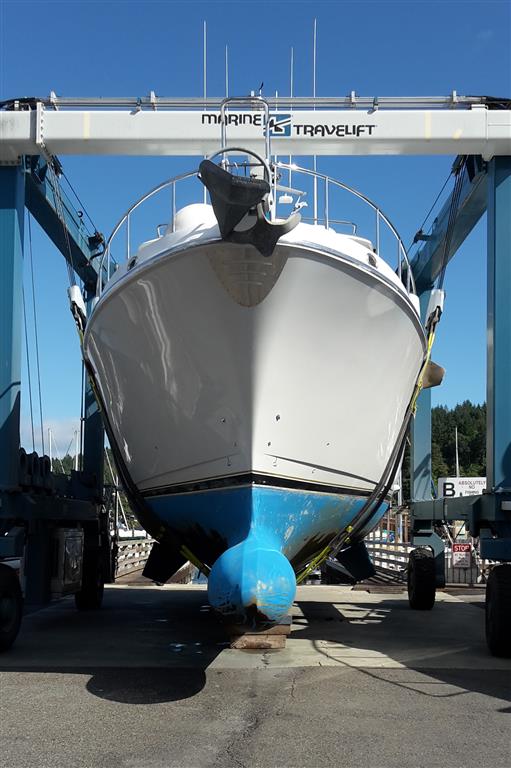 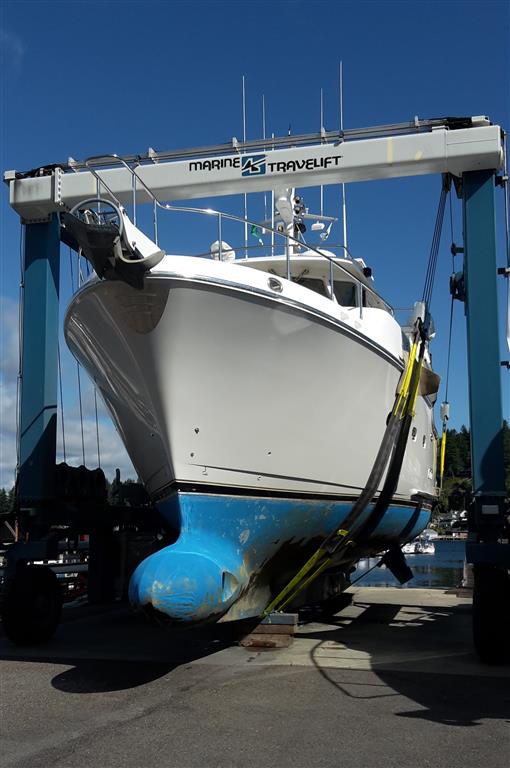 So, it’s large vessels that cross large bodies of water near their best speed that benefit from a bulbous bow. This includes naval vessels, cargo ships, passenger ships, tankers and supertankers. Bulbous bows are less beneficial in smaller craft and may actually be detrimental to their performance and economy, say website articles. Thus, they are rarely used on recreational craft like powerboats, sailing vessels, tug boats and smaller yachts.

There’s always an interesting boat in the lift at Gig Harbor Marina & Boatyard. Maybe yours is next.