OK, some boats are just cute and there’s no other word for it. And that had to be the intention of the noble Nordic Tug, didn’t it, because that level of cute doesn’t just happen by accident.

I was wandering around Gig Harbor Marina & Boatyard with my camera last week to see what was new on the yard — where there is always something new — when this prim and trim (and yes, cute) boat caught my eye. It was Be Be, a Nordic Tug 26. And she just happens to be hull No. 1 of the tug-style pleasure trawlers founded in Woodinville in 1980. 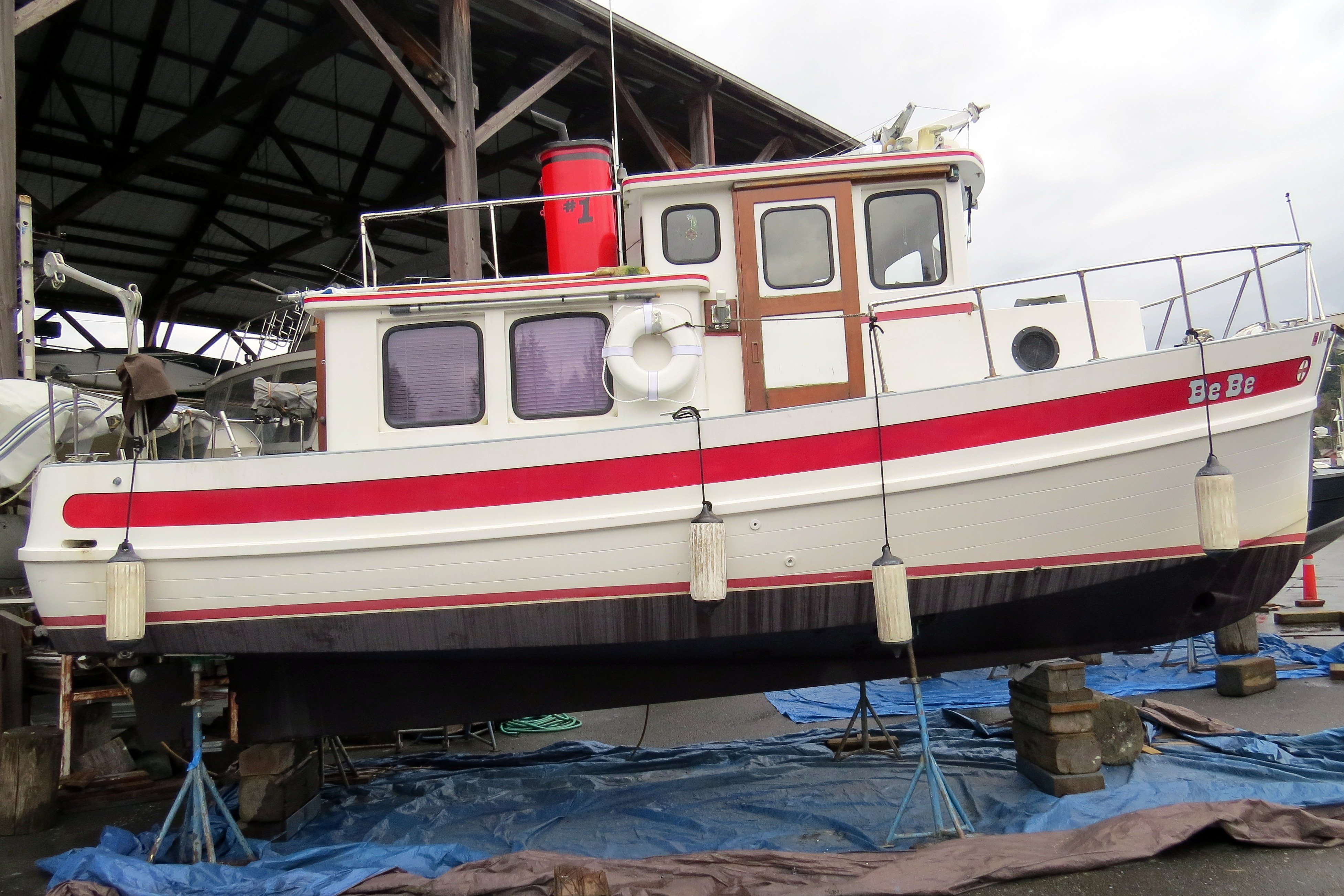 “Nordic started it all” in the world of pleasure tugs, said Mark Lindeman, yard manager at Gig Harbor Marina & Boatyard. The boats were designed and built in Woodinville by Jerry Husted, who founded Nordic Tugs, the pioneering company he used to introduce tug-style pleasure trawlers to the recreational boating industry.

Be Be, which started it all for Nordic Tugs, is at Gig Harbor Marina & Boatyard for shaft and prop repair, engine service and bottom painting.

But make no mistake about her appeal because ‘cute’ doesn’t mean frivolous. Husted, who started out building sailboats in the early 1970’s, changed tacks when he had the idea for what he called a “fuel-stingy” tugboat-style cruiser that was both “macho and looked right going slow,” he told the Skagit Valley Herald when he retired in 2007.

He started his new company, Nordic Tugs, which he moved to Burlington in the late 1980’s. He unveiled the sturdy 26-foot cruiser, capable of traveling from Seattle to Alaska on a tank of gas, at the Seattle International Boat Show in 1980. 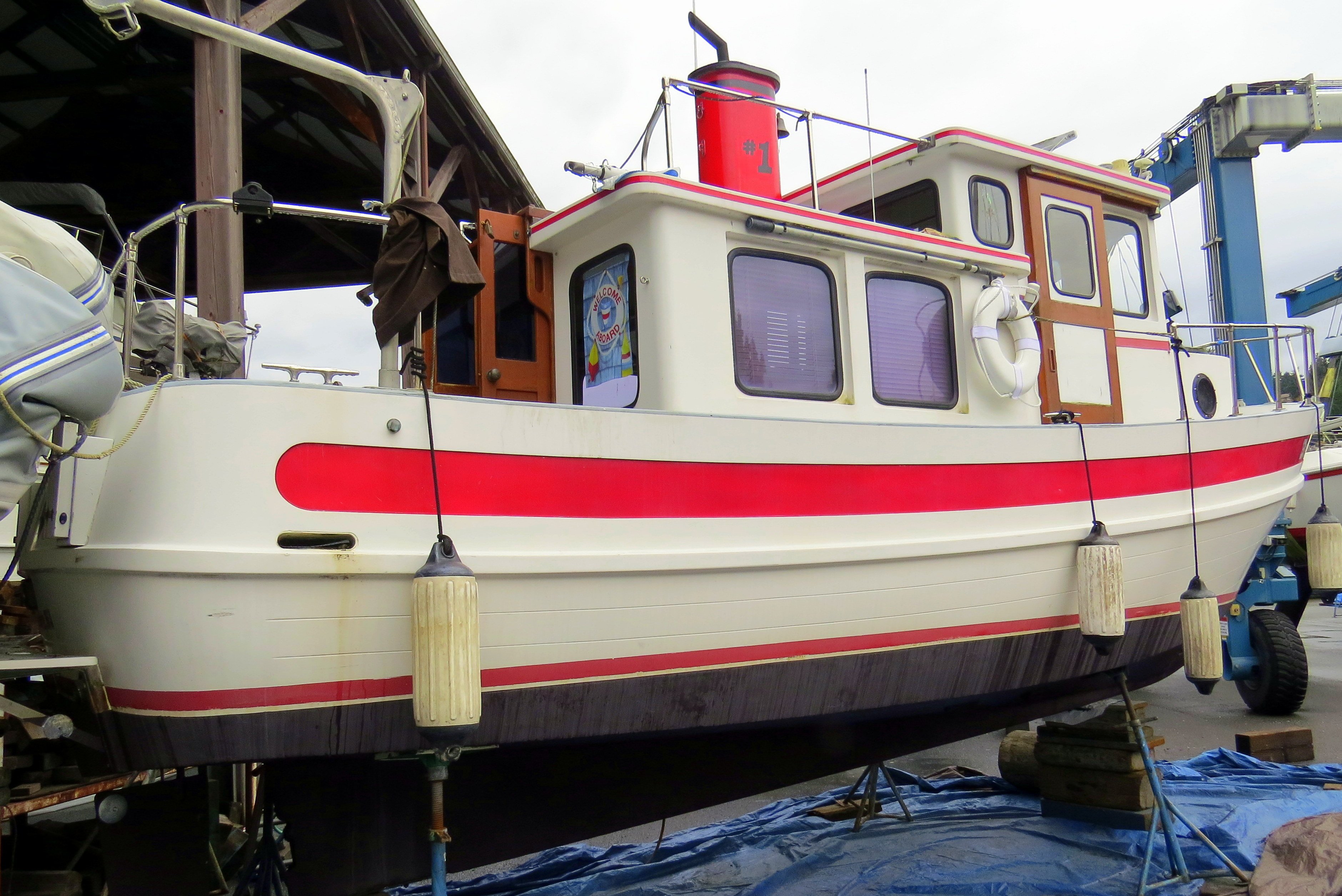 Husted took a gamble on his new tug-style trawler, a first of its kind in the recreational boating market, and hoped to sell one or two at the boat show.  Instead, Husted became the talk of the industry, said the Herald article, by selling a boat every three hours over the entire course of the 10-day boat show.

Sturdy, macho and practical all wrapped up in an appealing (yes, cute) package. Bring your boat to Gig Harbor Marina & Boatyard where the experienced shipwrights will take care of shaft and prop repair, engine service and other maintenance needed to get your boat shipshape.