Waves kicked up by Gig Harbor’s annual Paddlers Cup have smoothed back down, so we’re catching up on events that made a splash during the two-day regatta.

The feature that is fast becoming the hottest event of the weekend is the Dragon Boat Festival that took place on the second day of Paddlers Cup.

Canoe, kayak, paddle board and outrigger athletes competed on Saturday of the annual Paddlers Cup organized by the Gig Harbor Canoe and Kayak Racing Team April 27-28. Then it was all flaming-hot dragon boat fun on Sunday.

“Sunny Sunday was a Dragon Boat dream day here in the harbor!” – Sharon Shaffer, president of the Gig Harbor Dragons

I asked my favorite contact with the Gig Harbor Dragons-PenMet Park Dragon Boat team to give a report on the events of the Dragon Boat Festival. Sharon Shaffer, president and avid paddler with the Gig Harbor Dragons, sent the following recap. And spoiler alert: the team from Joint Base Lewis-McChord won by a .12-second whisker over the One Hope Church team in the dragon boat finals. 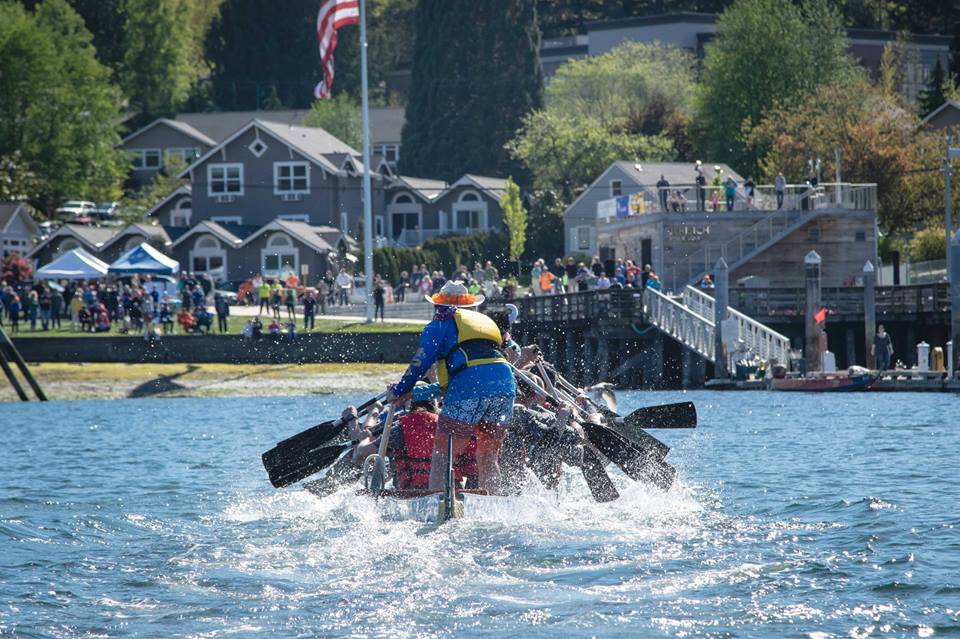 Sunny Sunday (April 28) was a Dragon Boat dream day here in the harbor!! Twelve teams participated with over 240 paddlers competing. More than 60 volunteers choreographed the day, and many more family and friends hung out for the excitement. Skansie Park was teaming with teams of happy community groups.

“Huge, huge thanks to Ron Roark and his wife Jui Ling. As ever, their generosity is amazing.” – Sharon Shaffer, grateful for the on-going community service and support by Gig Harbor Marina & Boatyard

The morning was spent training all 12 teams, then the Gig Harbor Dragons presented the Awakening the Dragons Ceremony at noon. After a message of support from Mayor Kuhn, and an All Paddlers Safety meeting, the races began!

As Gig Harbor Dragons-PenMet Parks, we were delighted to have a team from PenMet Parks in the races this year. Each team had two heats. Times of each heat were combined to find the top three teams for the finals. 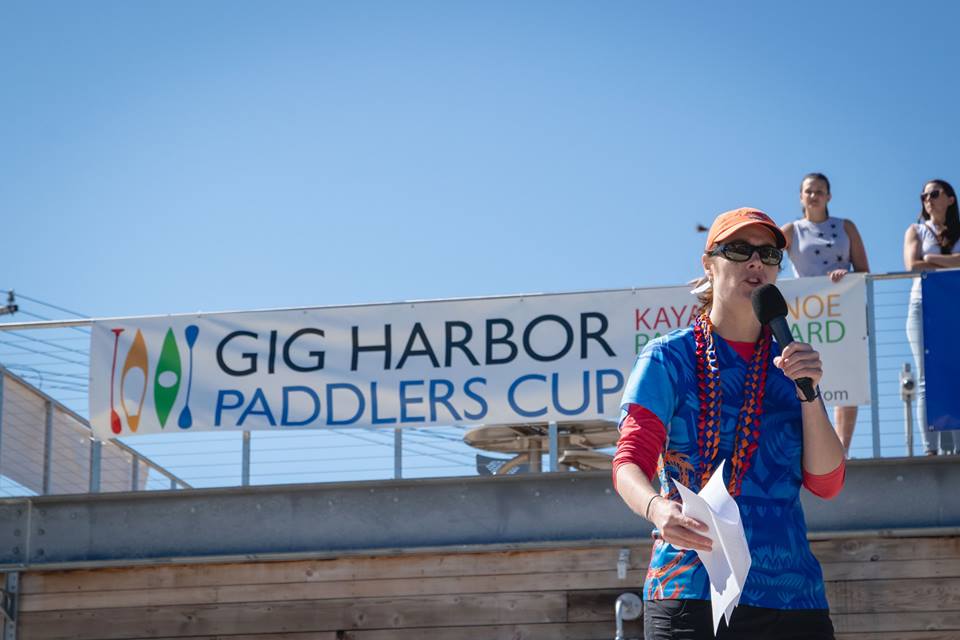 Just before running the final race, Jen O’Hare presented the 2nd Annual Cancer Survivor and Caregiver recognition, which culminated in an honoring tunnel of raised paddles for those touched by cancer.  A very emotional moment. 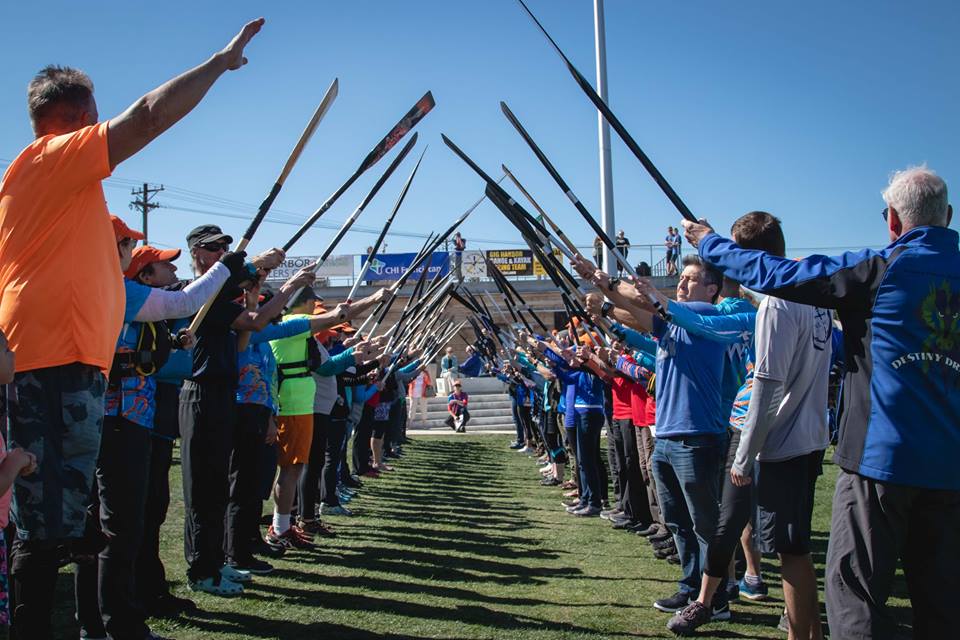 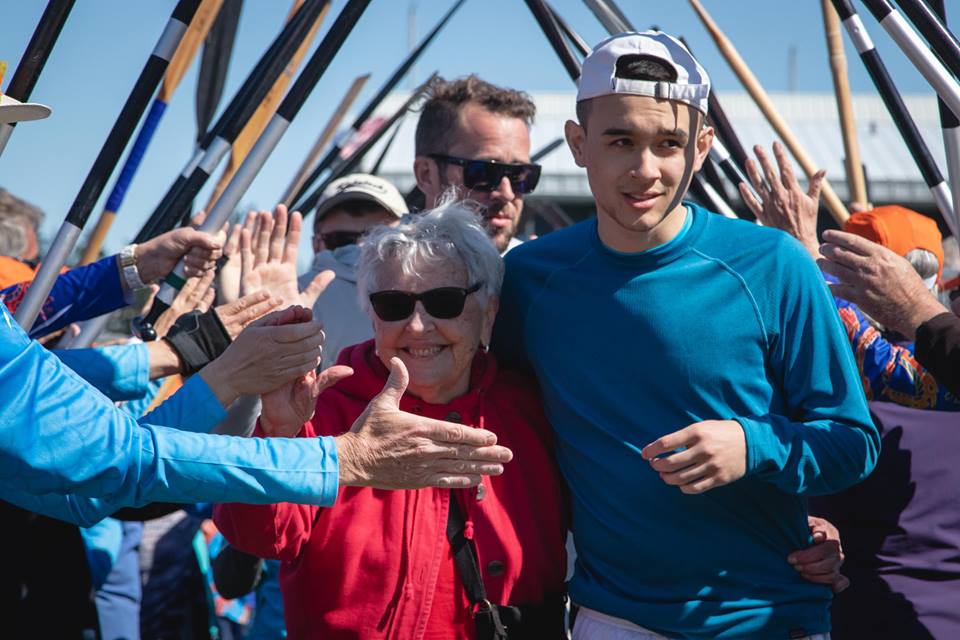 This was the 5th year that the Gig Harbor Canoe and Kayak Racing Team (GHCKRT) has hosted the Paddlers Cup Dragon Boat Races. For the past couple years our PenMet Dragon Boat Club has assisted them in running the event. We are delighted to help with this community-building event. This year volunteers, coordinators and worker bees came from GHCKRT, the Gig Harbor Dragons, Seattle Sake Dragons, Tacoma Dragons and WAM.

To thank all those volunteers, we hosted an “After Party” at The Club @ the Boatyard. The room was filled with about 40 tired and giddy volunteers. The workers have fun, too!  Food and beverages were donated by members of the Gig Harbor Dragons.

Huge, huge thanks to Ron Roark (managing member of Gig Harbor Marina & Boatyard) and his wife Jui Ling for paying for the venue for us to relax together in after the day’s events.  As ever, their generosity is amazing. The three boats used for competition are delivered from Tacoma, and I believe Ron lowered them in and hauled them out free of charge, too. That is so kind. This event is a significant fundraiser for GHCKRT, so every penny saved will be a huge asset to the growth of that club. 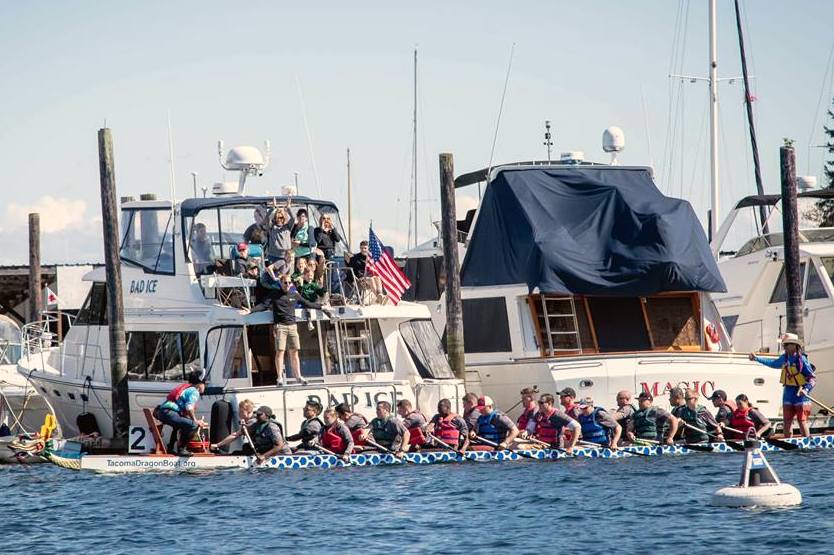 Boats moored near Skansie Brothers Park had a ringside seat for the dragon boat races at Paddlers Cup.

Happy comments splashed through the day.  Volunteers felt the organization was nearly flawless and competitors had fun. I’m pretty sure that Chance has some amazing footage of the day.