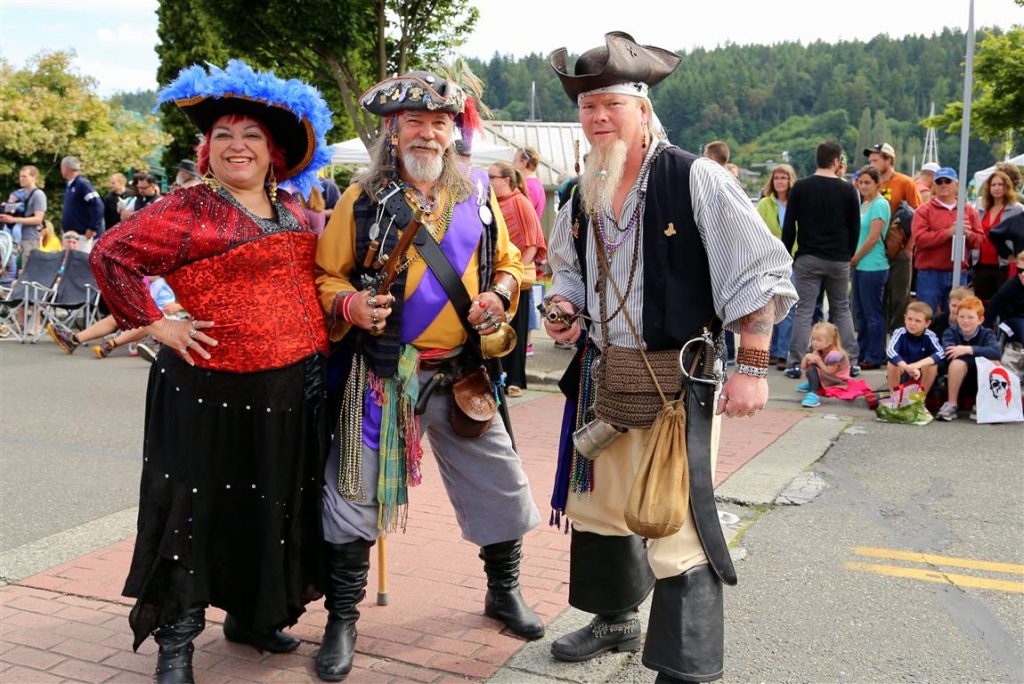 After nine months of backhoes, barricades and construction mess, Skansie Brothers Park reopened this week — just in time for the community’s annual Maritime Gig Festival to swashbuckle into town. 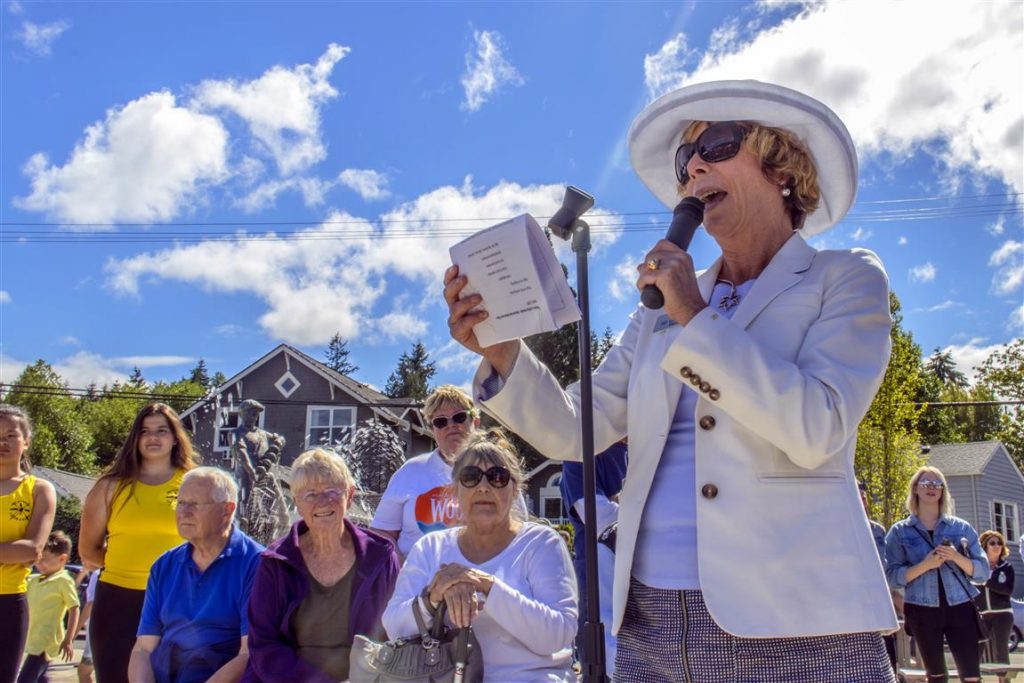 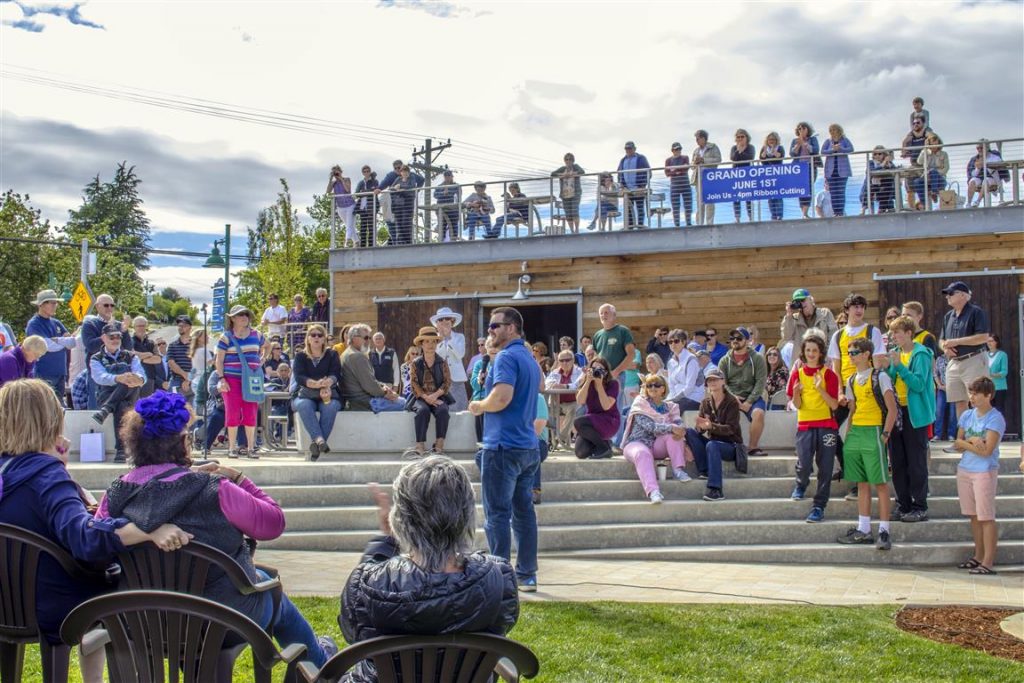 Gig Harbor Mayor Jill Guernsey (speaking, above) and officials from the city public works and parks departments cut the ribbon and proclaimed the downtown park reopen on June 1. They spoke to a crowd gathered on the fresh sod and new fountain plaza for the opening day of the Waterfront Farmers Market. (Park dedication photos by Chance Busey)

The extensive renovation project included construction of a new public restroom and shower building — raised above high tide flooding level and featuring a rooftop observation deck; a plaza with seating and an attractive water feature around the Fisherman’s Memorial statue, and a new city sewer lift station.

Construction started last September and continued through one of the coldest, rainiest winters in recent years, wrapping up on schedule the last week of May. It was just in time for the summer run of the weekly farmers market and, of course, Gig Harbor’s signature waterfront event, the Maritime Gig Festival, June 3-4. 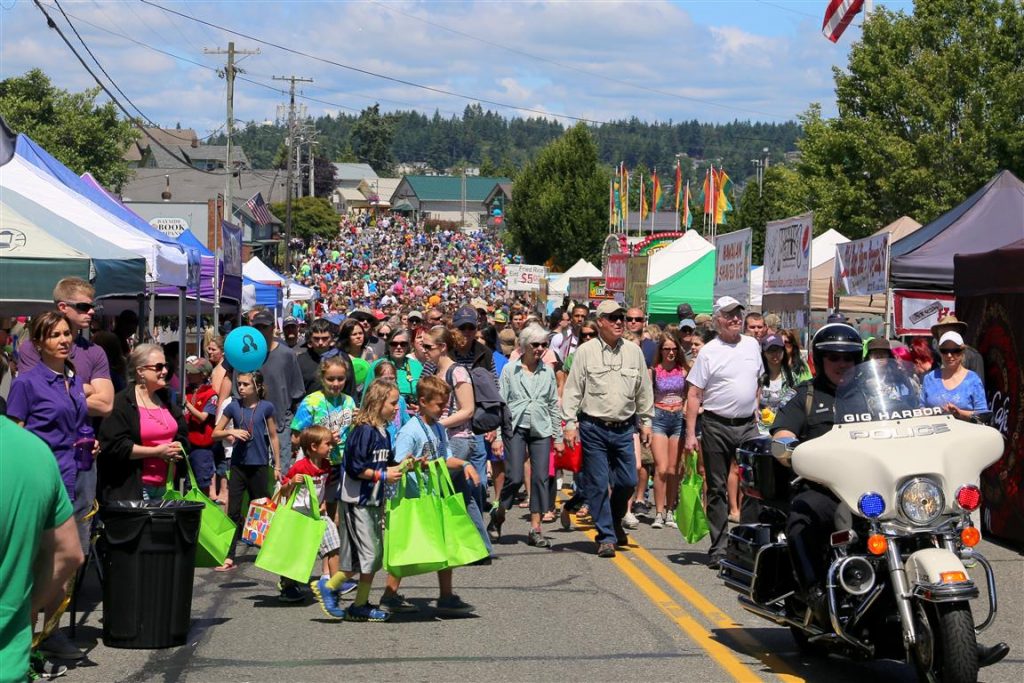 Crowds flood onto Harborview Drive after the Maritime Gig Festival parade a few years ago.

Come downtown and see the new park and be on hand for all the Gig Festival fun this weekend. See the full slate of activities at Chamber of Commerce Maritime Gig Festival Schedule of Events, but some highlights are:

Stop by Gig Harbor Marina & Boatyard and grab a bite to eat at our JW @ the Boatyard food trolley next to all the action. Eat here or take your food next door to the park or out on the public docks. Take a free Destiny Harbor tour from Jerisich dock beginning at noon on Saturday, and tour boats in the classic yacht festival on the extended floats at 10 a.m. Saturday and Sunday. 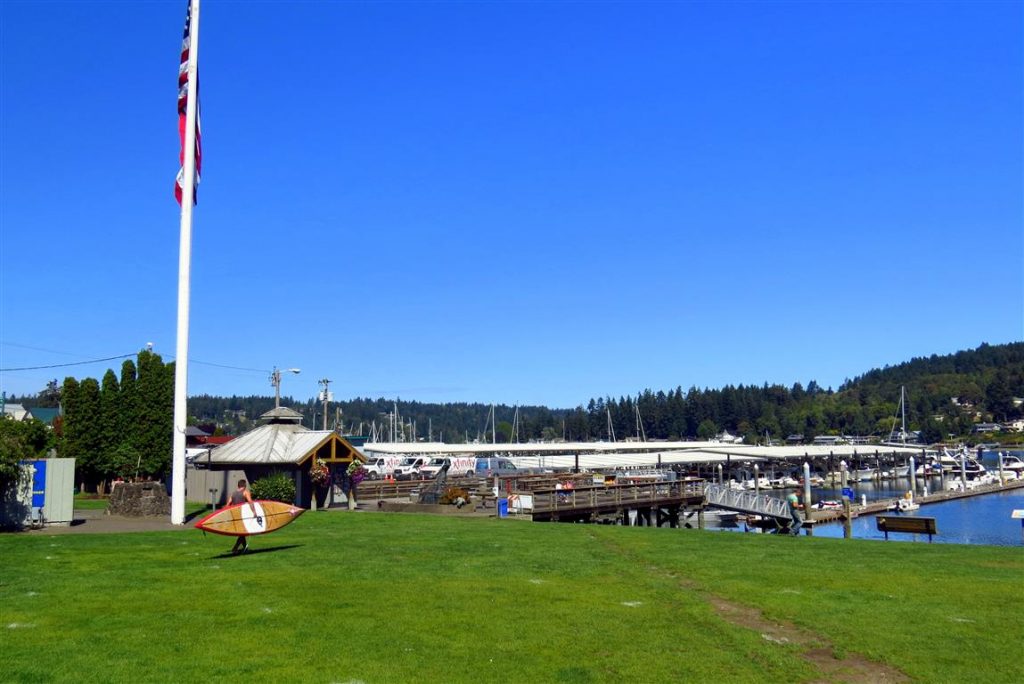 On the left, Skansie Brothers Park a few days before renovation began in September 2016. On the right, a photo as the project was wrapping up at the end of May: the new, larger public restroom building complete with showers for boaters and rooftop observation deck, public plaza with seating and fountain surrounding Gig Harbor’s Fisherman’s Memorial statue; flagpole relocated closer to the harbor. 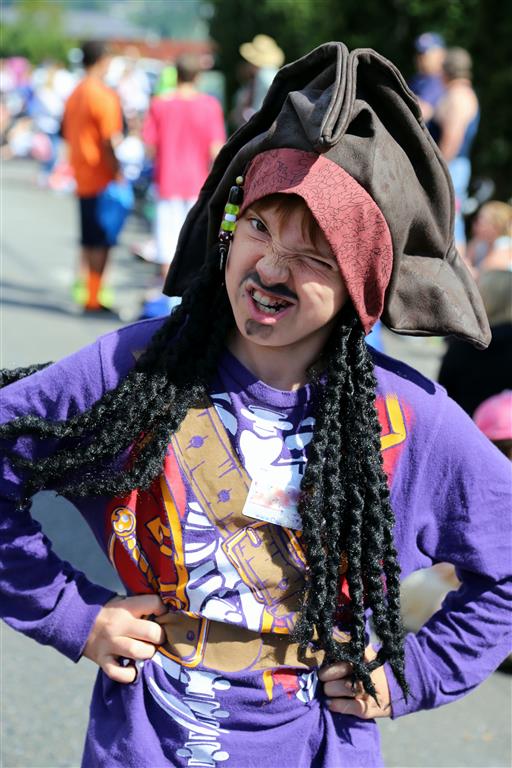 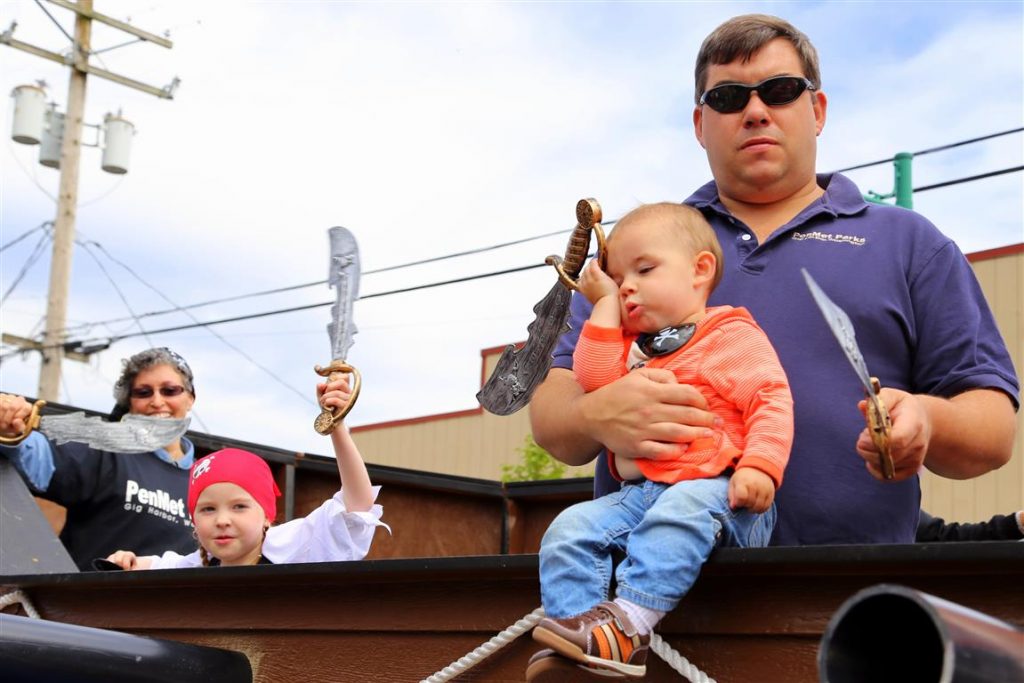