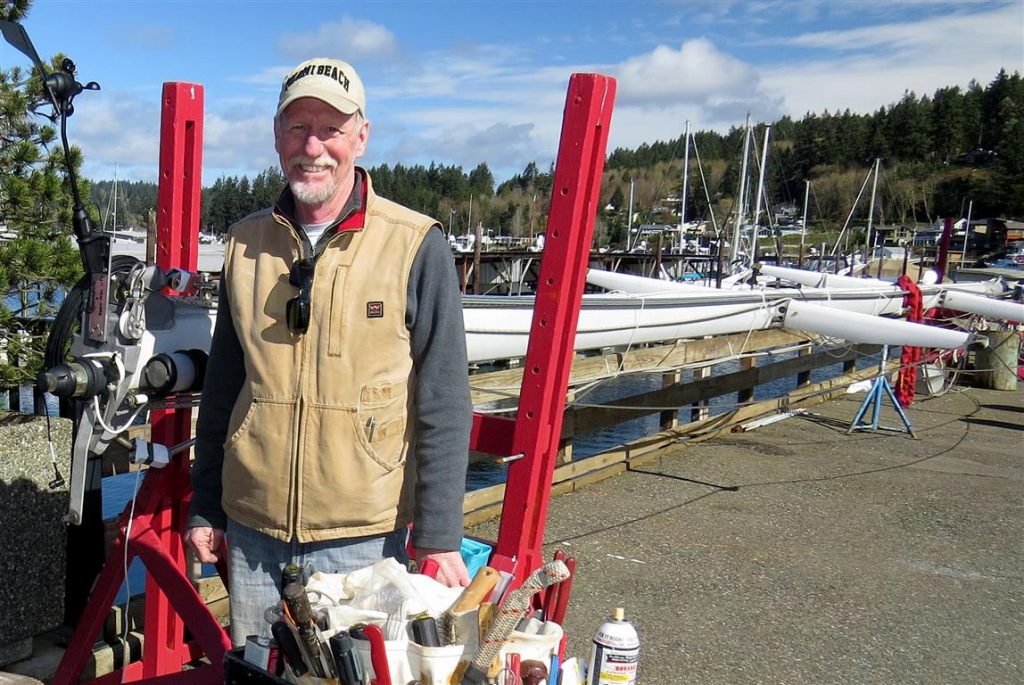 Professional mariner Jeffrey Neuwirth joined the crew at Gig Harbor Marina & Boatyard this spring — and he brings with him tons of experience. Literally.

Neuwirth, recently hired as yard technician, is a 1600-ton licensed captain with a sailing endorsement. He has over 33 years of experience as captain on private yachts, tugs, schooner ships and other vessels. And now the downtown Gig Harbor boatyard and its customers get to benefit from this valuable experience.

“He brings to the table sailboat skills, rigging and broad knowledge from his years as a captain,” said Mark Lindeman, boatyard manager at Gig Harbor Marina & Boatyard. “We can now offer licensed captain delivery capabilities that we haven’t had before.” 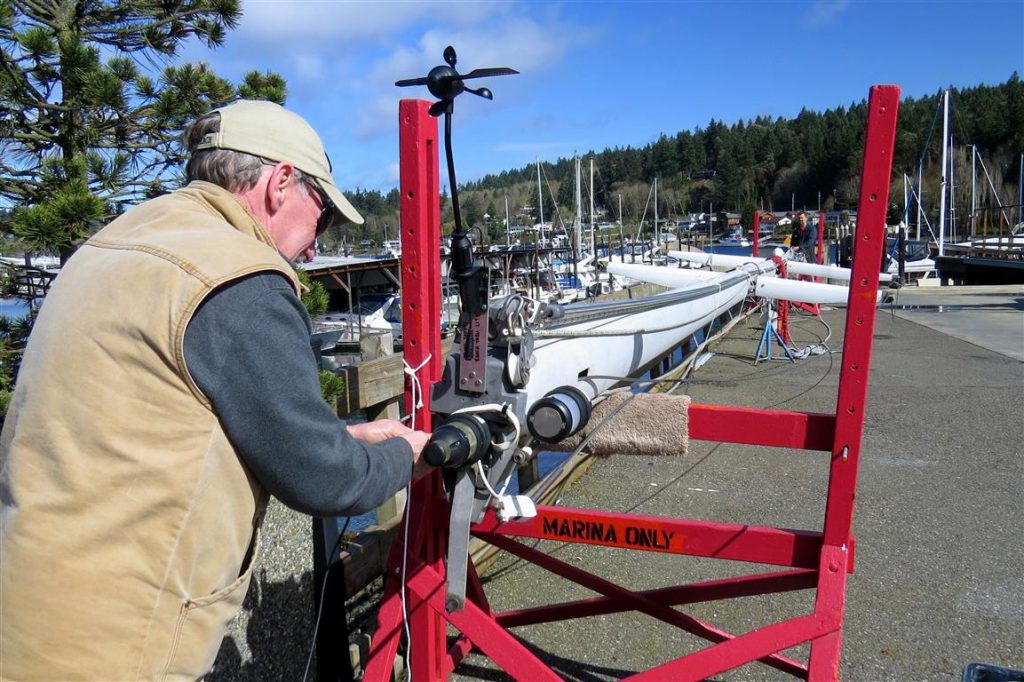 In fact, Neuwirth has already delivered at least one boat, a Nordic 32 tug from the boatyard to a customer on Bainbridge Island. But the master mariner, who brings with him extensive experience with rigging, splicing lines for halyards and sheets, tuning sails and a load of other skills, doesn’t have a boat himself.

“Nothing I can’t roll up and put in a closet,” he said as he ran new wiring through a mast for a Spindrift 43 in the yard. “If you can’t do that it’s too big.”

The professional mariner, who relocated from Fort Lauderdale and now lives in Burley, first came to the area five years ago. He came up to Gig Harbor for a refit of a de-masted motorsailer, a 90-foot Sparkman & Stephens ketch.  Then a chance evening at a local restaurant changed his life and landed him here permanently.

“This is actually a great crew. And they’re really busy” — Jeff Neuwirth 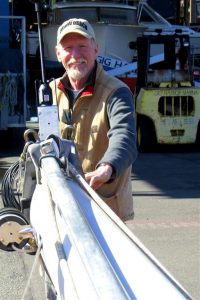 Neuwirth, who has been a full-time sail and power boat captain for 33 years, calls himself “an Air Force brat” who has traveled his whole life.  He knows something about the lack of seasons, having spent a lot of time in tropical climates. He worked in the Peace Corps in Antigua, and then there’s the time he spent in the Bahamas.

“I took time off (from captaining) to run a resort in the Bahamas,” he said. “The Dunmore Beach Club on Harbour Island.” The resort was almost destroyed by Hurricane Andrew, he said. The 1992 storm was the most destructive hurricane in U.S. history at the time. It caused major damage in the Bahamas, Louisiana and South Florida, where it was a Category 5 hurricane when it made landfall. 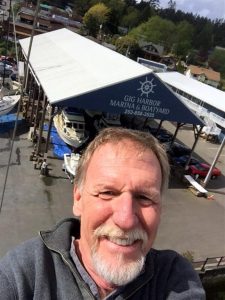 Jeffrey Neuwirth, the new professional mariner at Gig Harbor Marina & Boatyard, takes a selfie from the top of a mast 70 feet off the ground. He was up in the bosun’s chair installing wind instruments on a Spindrift 43.

So now the professional mariner is feeling right at home in the Pacific Northwest with its four solid seasons — none of which includes hurricanes.  And Gig Harbor Marina & Boatyard is feeling like a very comfortable fit.

“This is actually a great crew,” said Neuwirth as he looked around the yard. “And they’re really busy.”

Busy, experienced and efficient, so bring your boat to Gig Harbor Marina & Boatyard for service and repair. Our new licensed 1600-ton captain can deliver it back to you.