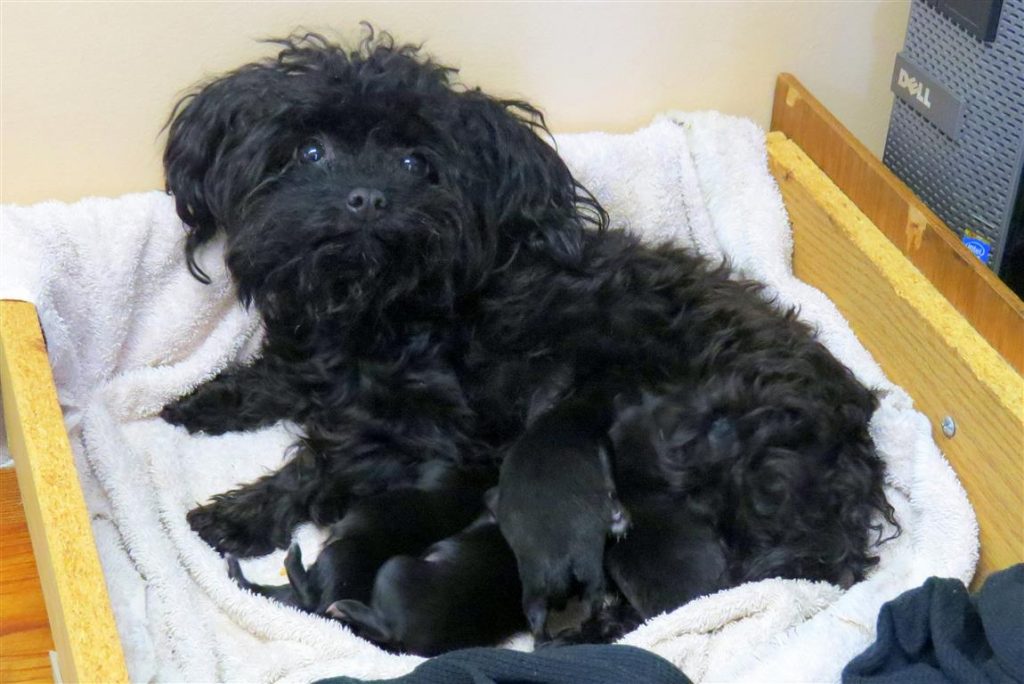 We have four fuzzy new additions at Gig Harbor Marina & Boatyard. Just in time for Mother’s Day, Bella, the tiny Maltese/poodle mix that diligently follows her owner around the boatyard all day, had puppies in the office on Friday. Everyone had been on Puppy Watch for the last several days and knew the time was near. A box of old shirts and rags was at-the-ready for the expectant mother next to the office ladies’ desks.

Sure enough, Friday was the day and four-pound Bella had one teeny female and three male puppies throughout the afternoon. I stopped by the boatyard on Friday after lunch to take pictures of latest happenings — meaning the usual boats in the yard and the on-going improvements and changes taking place. Little did I know it was Puppy Day. 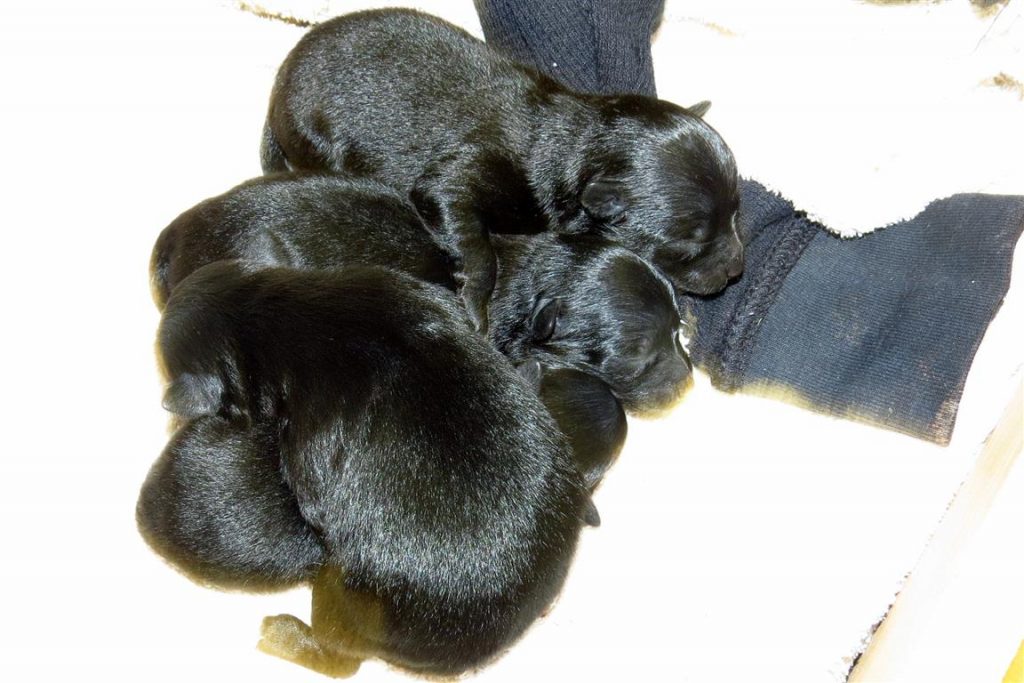 Bella’s one female and three male puppies were born at Gig Harbor Marina & Boatyard just in time for Mother’s Day.

Puppies Born in Marina Office in Time for Mother’s Day

“We have two puppies!” announced accounts manager Cheryl Jones when we met out in the yard. It was a busy day in the office so I wasn’t able to get in and take pictures of the little family in the back corner by Cheryl’s desk. It’s just as well because Bella wasn’t finished. She delivered her litter of tiny, smooth black pups from about noon until 4:30 on Friday afternoon. I was surprised when I learned on Monday morning that there were now four new additions at Gig Harbor Marina & Boatyard. That definitely called for a family portrait so I left the boats in the yard and made a bee-line for the office. There was diminutive Bella, a bit nervous but already a seasoned pro a day after Mother’s Day, taking care of her brood. She gingerly stepped back into the rag-cushioned drawer on Cheryl’s desk to rejoin her snoozing, bratwurst-size puppies.

Mike Sandry pauses during his marina rounds for a photo with his faithful sidekick Bella.

Back in January I blogged on Bella, the marina mascot, and her love of her human, Mike Sandfry, the boatyard’s go-to handyman. (See Mascot Loves Her Place and Marina Mascot.) For months she has accompanied Mike to work where she attentively follows him everywhere as he makes his rounds tending to things around the marina. When she needs to give her short legs a break — or when the office staff scoops her up to make her take a break — Bella is a frequent visitor to the office. Cheryl, office manager Jenn Brown and boatyard manager Mark Lindeman have all enjoyed having the teacup poodle perch on their desks for a while.

Mikes says the father seems to be of Pomeranian origin, but the doggy dalliance didn’t take place at the marina. The puppies are already being spoken for my marina staffers and friends of the marina. But not for a while. Bella is going to be a wee bit busy taking care of them herself first.