It’s all about fun and hilarity, says Gig Harbor Brewing Co. on Facebook. I mean, what else could it be when talking about humans racing across the park astride bouncy, inflatable roosters?

Gig Harbor Brewing’s Harbor Taproom is holding its second annual Rooster Races in Skansie Brothers Park on Saturday, July 20, from 2 to 3:30 p.m. Come down and join the fun — there are even trophies involved — and then (well, probably before, too) have a cold one at the Harbor Taproom next to the park.

For the second year, Gig Harbor Brewing Co.’s founder John Fosberg is tapping into one of Gig Harbor’s more…ahem…cockeyed pieces of history. Last year the local brewer thought it would be fun to crack open the decades-old tradition of holding rooster races in town. With just a bit of a twist on the old, of course.

These new Rooster Races involve brightly colored, inflatable fowl rather than the feathered, crowing kind that jolt us out of bed at dawn. You can read more about it in last year’s blog when the First Annual Rooster Races were hatched. But in an eggshell, Fosberg’s goofy event plays off of Gig Harbor’s famed Rooster Races of the 1930’s and 40’s.

The harbor’s original Rooster Races were conceived, and later copyrighted, by Clarence Elvin (C.E.) Shaw in 1938. He and his wife Vie and their three children arrived in Gig Harbor from Nebraska in 1924 and settled on Benson Street, just west of Peacock Hill Avenue.

Shaw was a colorful, fun-loving character of many interests who loved his community and he soon became an active fixture in town. He is also the one who started Gig Harbor’s Round Rock contest in 1951 and samples of some of these perfectly spherical stones can be viewed at the Harbor History Museum.

But first came his idea of holding rooster races. He thought of the fowl festivity as a way to lure people back to the Finholm District as a center of activity. Attention began shifting away from the north end of the harbor after the ferry landing was moved in 1923 to the People’s Dock near today’s Tides Tavern.

Shaw’s event was a hit and Rooster Races became a weekly event in Gig Harbor for many years. Pretty local girls hired as “The Racing Rooster Girls,” or Roosterettes, race betting and a chicken coop town called Roosterville all added to the allure of the growing tradition. 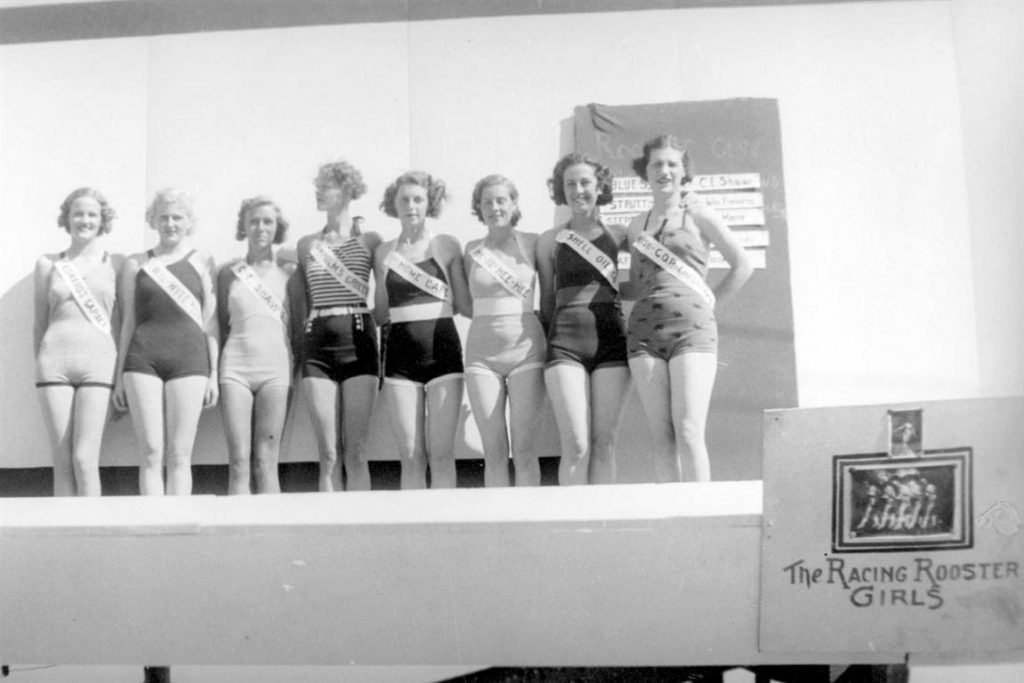 Read more about Shaw’s original Rooster Races in an interesting blog by the Harbor History Museum. 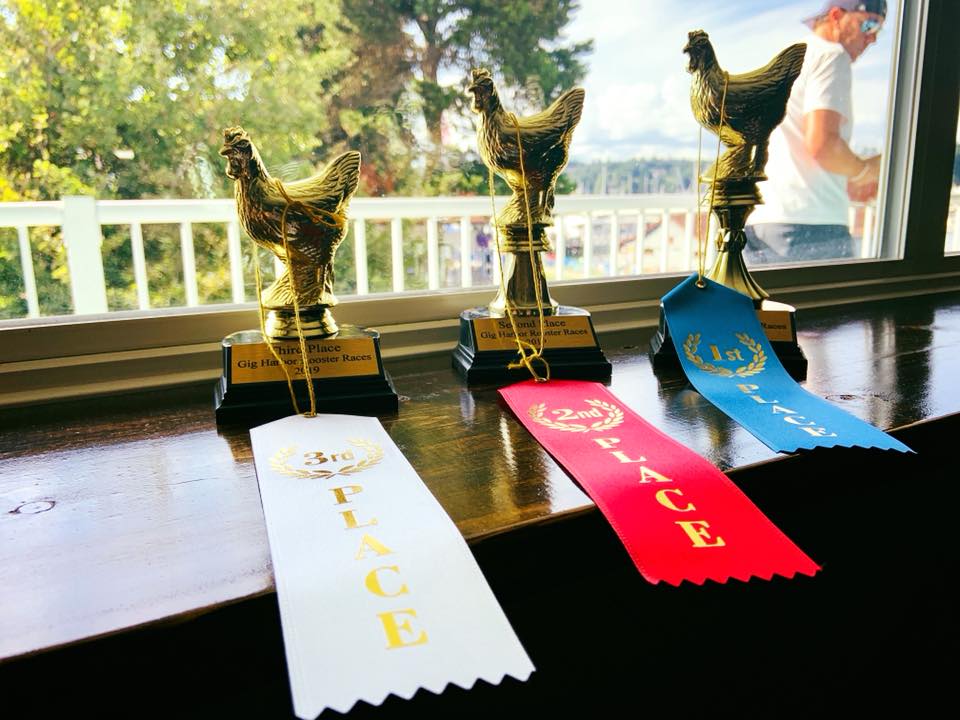 So now we come to today’s version of Gig Harbor’s Rooster Races. Come on down to the waterfront this Saturday and see what all the crowing is about.

Plan to have lunch at The Trolley @ the Boatyard, sip on a cold Racing Rooster Red Ale at the Harbor Taproom and then head out to the park for the fun and hilarity of Rooster Races. 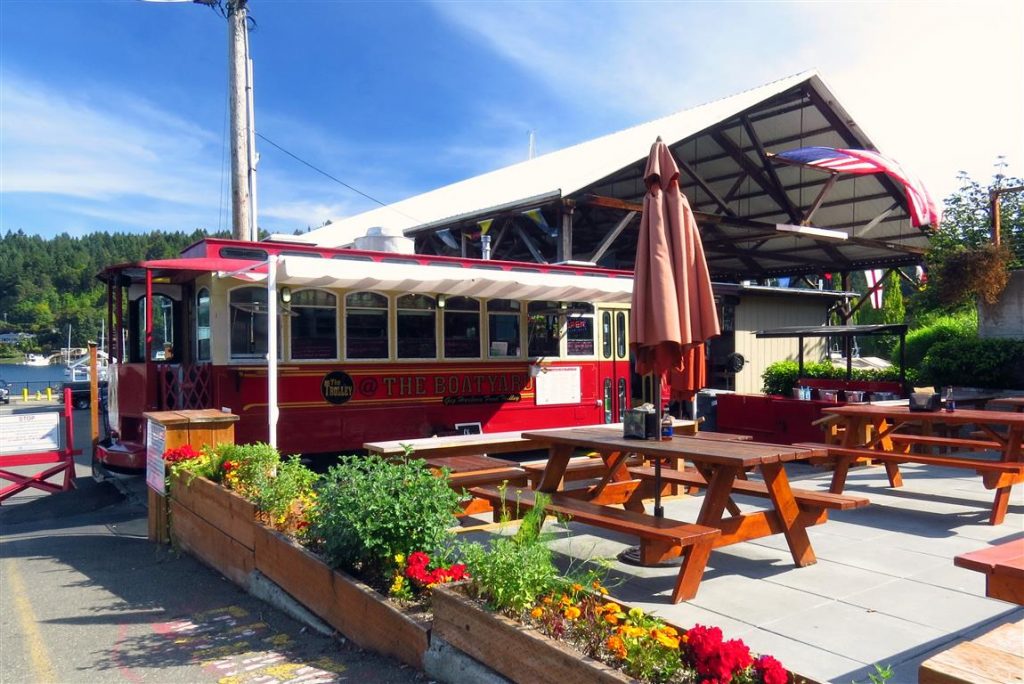 Grab a delicious bite to eat at The Trolley @ the Boatyard next to the Harbor Taproom and Skansie Brothers Park.