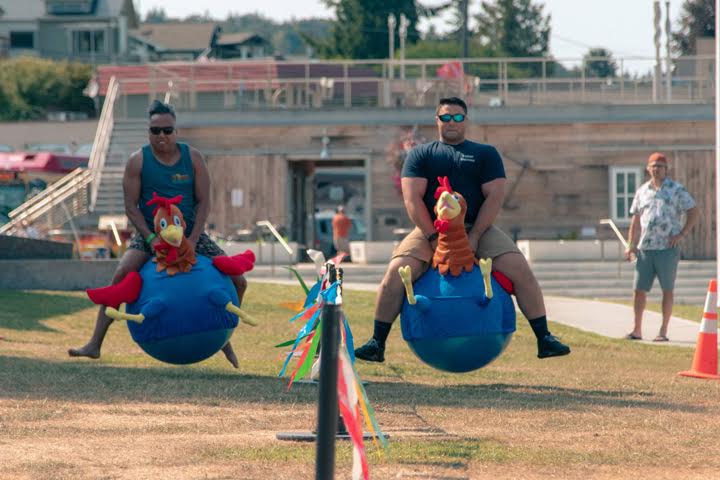 Rooster Races are Back! 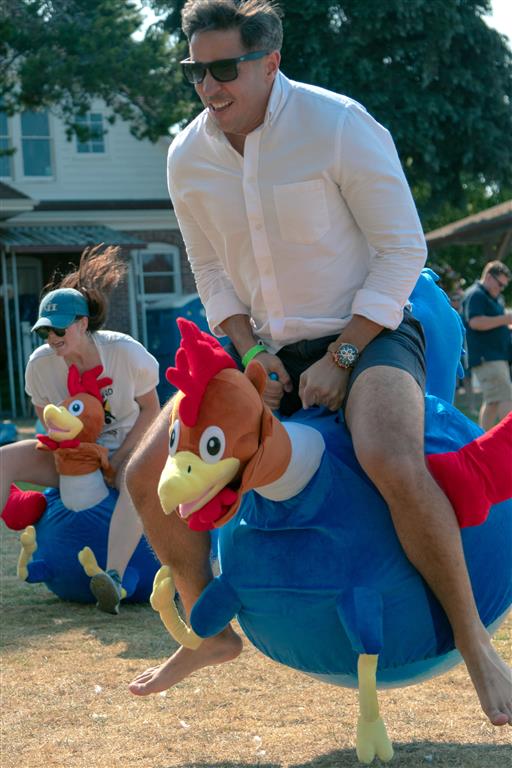 After a 70 year absence, the Gig Harbor Rooster Races made a triumphant return to the Gig Harbor waterfront this past Saturday at Skansie Brothers Park during the GH Downtown Waterfront Alliance’s Waterfront Block Party. The new annual event pitted contestants against each other on adult-size bouncy balls adorned with rooster heads, wings, and tails. It was quite a sight to see.

The event was sponsored by Gig Harbor Brewing Co. and benefited the Harbor History Museum.

Why Rooster Races, you may wonder? Well, it all started back in 1935 when a Gig Harbor entrepreneur named Clarence E. Shaw created a new and whimsical sporting event – rooster races. He remembered how the chickens would come running when his mother banged on a feed pan in the farmyard and he decided that a Rooster Race would put Gig Harbor on the map. 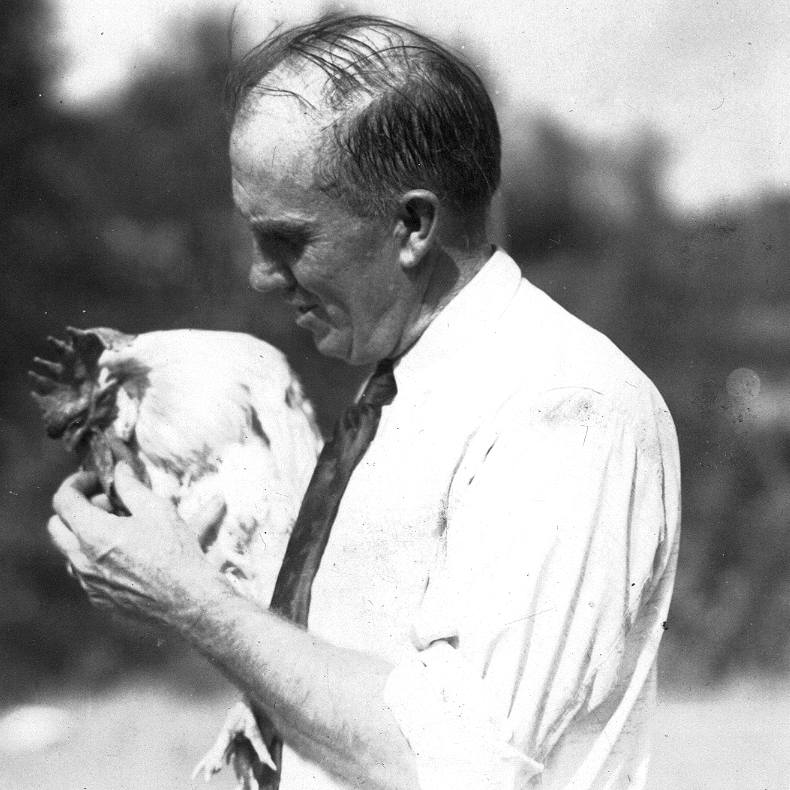 The first race was appropriately comical – one of seven contestants skedaddled from the start line and was not found for days. But the crowd loved it and “there was enough press coverage to convince Shaw he had a winning idea.”

He built an 80-foot racetrack, lined with a miniature village called Roosterville. He put “jockey shirts” on the roosters for easy identification and hired pretty local girls to be Roosterettes.

The Rooster Races made national news and in 1938 Shaw and his roosters were whisked to New York to race in Madison Square Garden. The Rooster Races continued to be a Gig Harbor tradition until the novelty finally wore off in 1948. 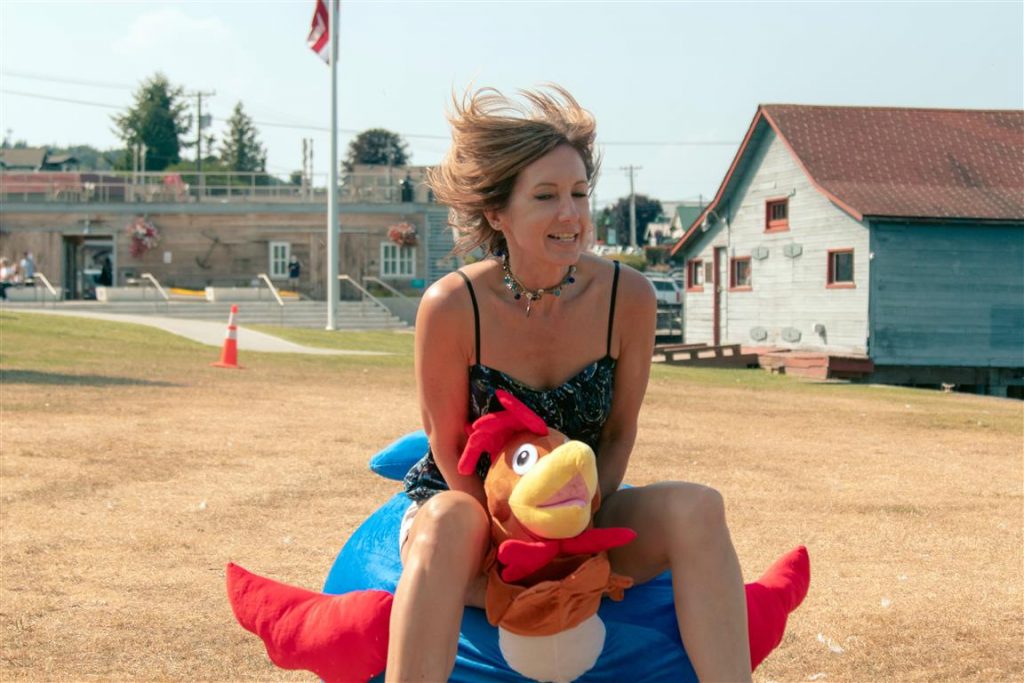 Knowing that racing live roosters around a track wouldn’t “fly” in 2018, the producers of the event, Fosberg Media Group, Inc., concocted a modern version with human contestants bouncing down a short 25-yard sprint course in a single-elimination bracketed contest. Prizes were a awarded for 1st and 2nd place. 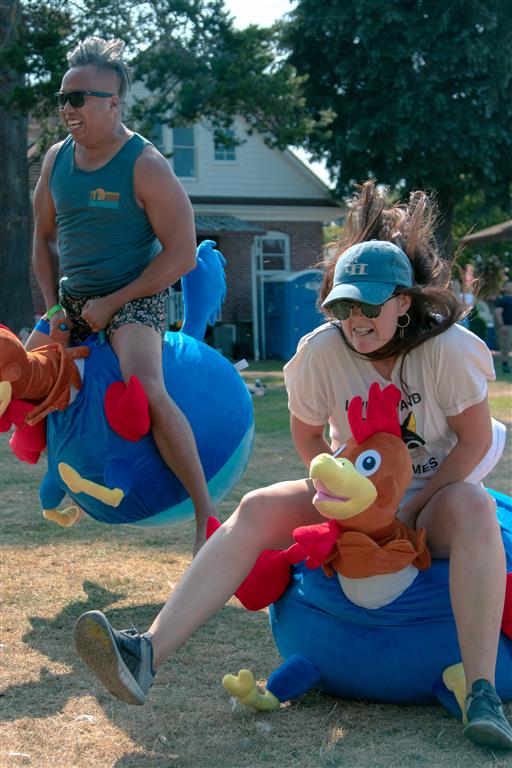 Prizes included a trophy for 1st place, Gig Harbor Brewing hats, and cases of Gig Harbor’s Racing Rooster Red Ale, named after the original races started by Mr. Shaw back in the 30’s.