…Although, these roosters are the bouncy kind, not the crowing kind

In a nod to one of Gig Harbor’s more, shall we say, cockeyed pieces of history, the Harbor Taproom is bringing back the town’s illustrious Rooster Races — with just a bit of a twist.

These races, taking place on July 28 in Skansie Brothers Park, involve bouncy, inflatable roosters rather than the crowing, feathered kind that get us out of bed at the crack of dawn.

Gig Harbor Brewing Co.’s founder John Fosberg thought it would be fun to revive the decades-old harbor tradition of Rooster Races, since he seems to enjoy serving Gig Harbor history on tap. After all, he is the guy who, along with his head brewer Mike O’Hara, brings us tasty harbor-esque brews such as Sturdy Gertie Double IPA, Round Rock IPA and, of course, Racing Rooster Red Ale, just to name a few. 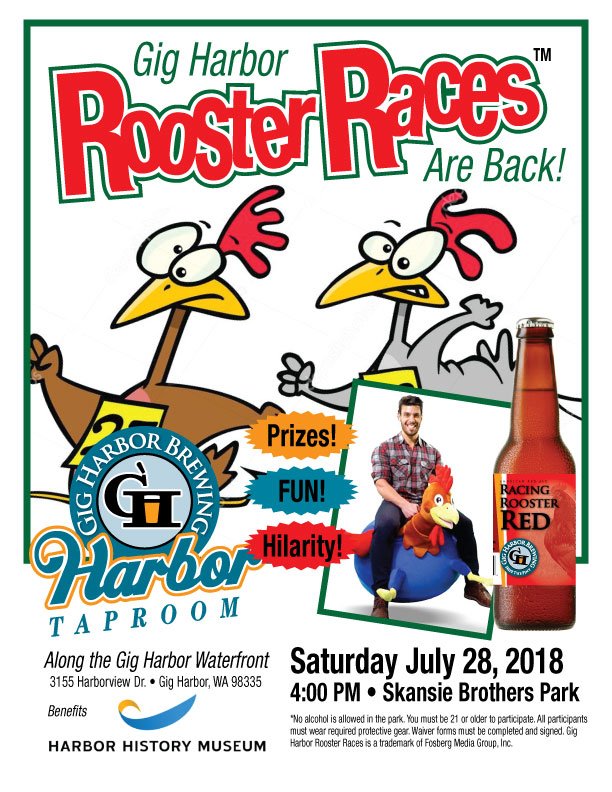 Now Fosberg is taking his interest in community history in a new direction, playing off the town’s famed Rooster Races of the 1930’s and 40’s. In this new version of the races participants will hop across Skansie Park on brightly painted, bouncy roosters, racing to prizes and glory — and no doubt to a needed celebration afterward at the Harbor Taproom.

Read more about the original Rooster Races here in a Harbor History Museum blog, but in an eggshell, the story goes like this:

The harbor’s Rooster Races were conceived, and later copyrighted, by Clarence Elvin (C.E.) Shaw. He and his wife, Vie, and their three children arrived in Gig Harbor from Nebraska in 1924 and they settled on Benson Street, just west of Peacock Hill Avenue.

Shaw was a colorful, fun-loving character of many interests who loved his community and he soon became an active fixture in town. He is also the one who started Gig Harbor’s Round Rock contest in 1951 and samples of some of these perfectly spherical stones can be viewed at the Harbor History Museum.

The Harbor Taproom Hatches a New Version of Rooster Races

But first came the Rooster Races, an idea that Shaw hatched in 1938 as a fun way to lure people back to the Finholm District as a center of activity.

A few decades earlier, the north end of the harbor had been where the action was in town. In 1918, a ferry landing was located at the head of the harbor, creating a residential and commercial boom in that area. Then, attention shifted away from Finholm after the landing was moved in 1923 to the renovated People’s Dock, by today’s Tides Tavern.

A few years later in 1928, due to increased traffic and larger vehicles, it was moved again to a new dock just outside the harbor entrance at the end of a newly extended Harborview Drive, where today’s viewing platform is located.

A second downtown grew up around these two docks, but people at the north end of town were still having fun. They tied up a barge down at the old ferry dock, brought in music and put on dances and concerts. In 1935 they raised the money to build a bandstand so they could do it up right. 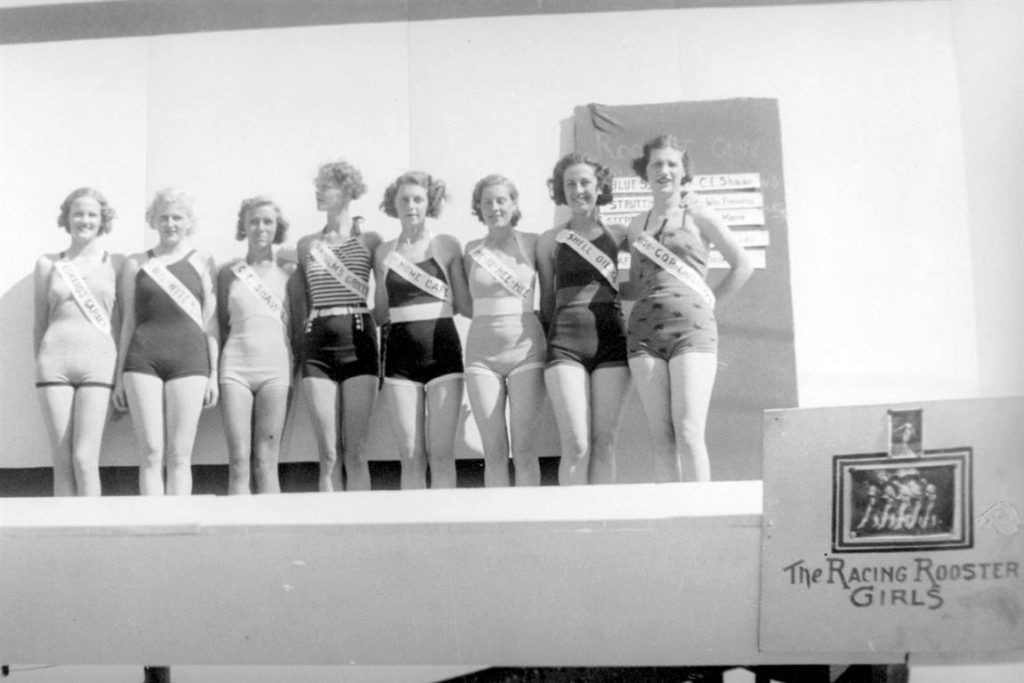 “The Racing Rooster Girls,” or Roosterettes, added to the allure of Gig Harbor’s Rooster Races. (Photo courtesy of the Harbor History Museum)

Still, folks in the Finholm area wanted to bring some business back to the north end of the harbor and it was at this point that Shaw came up with his Grade A idea for rooster races, incubated from childhood memories of growing up in Nebraska.

He and his friend Bill Slonecker put out the call for racers in the newspaper, offering cash prizes. Nine entrants showed up for the first race, which was held right down the middle of today’s North Harborview Drive.

The event was a hit and Rooster Races became a weekly event in Gig Harbor for many years. Racing took place on Benson Street behind Shaw’s house, complete with an oval race track that was 80 yards around.

Betting, pretty local girls hired on as “Roosterettes” and a chicken coop town called Roosterville all added to the allure of the races. Read the full story at the Harbor History Museum.

Now Rooster Races are coming bouncing back to the harbor on July 28, so come down to the waterfront and see what all the crowing is about! 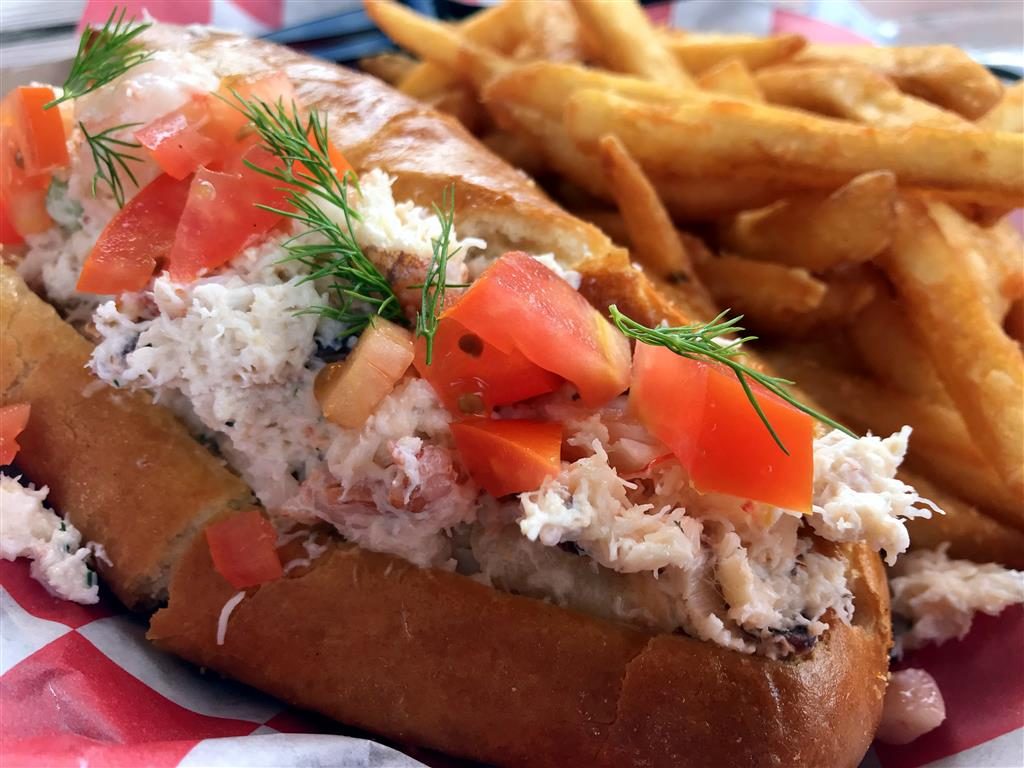