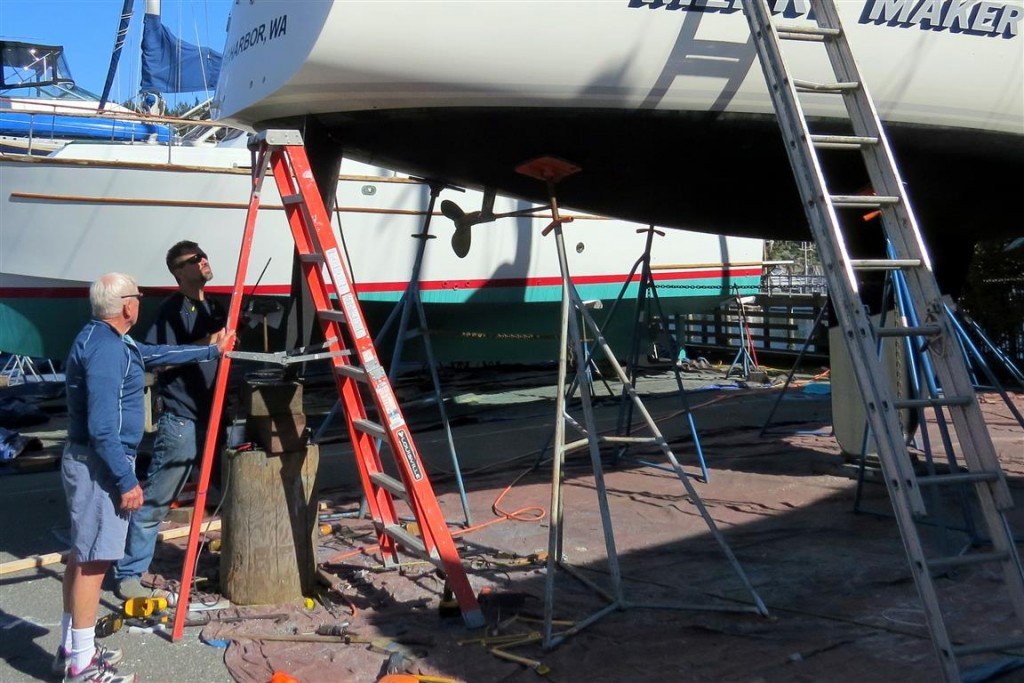 Avid sailboat racer Bill Harter knew a haulout for rudder repair at Gig Harbor Marina & Boatyard was in store for his J-37. But it had to wait until he took care of some business first — the business of wrapping up the Thursday Night summer race series in the harbor.

Longtime Gig Harbor resident Harter and his high performance Merry Maker were regulars — and frequent winners — in the informal in-harbor summer races that ran from May through the end of September. But Bill knew something wasn’t right with his rudder part way through the season. 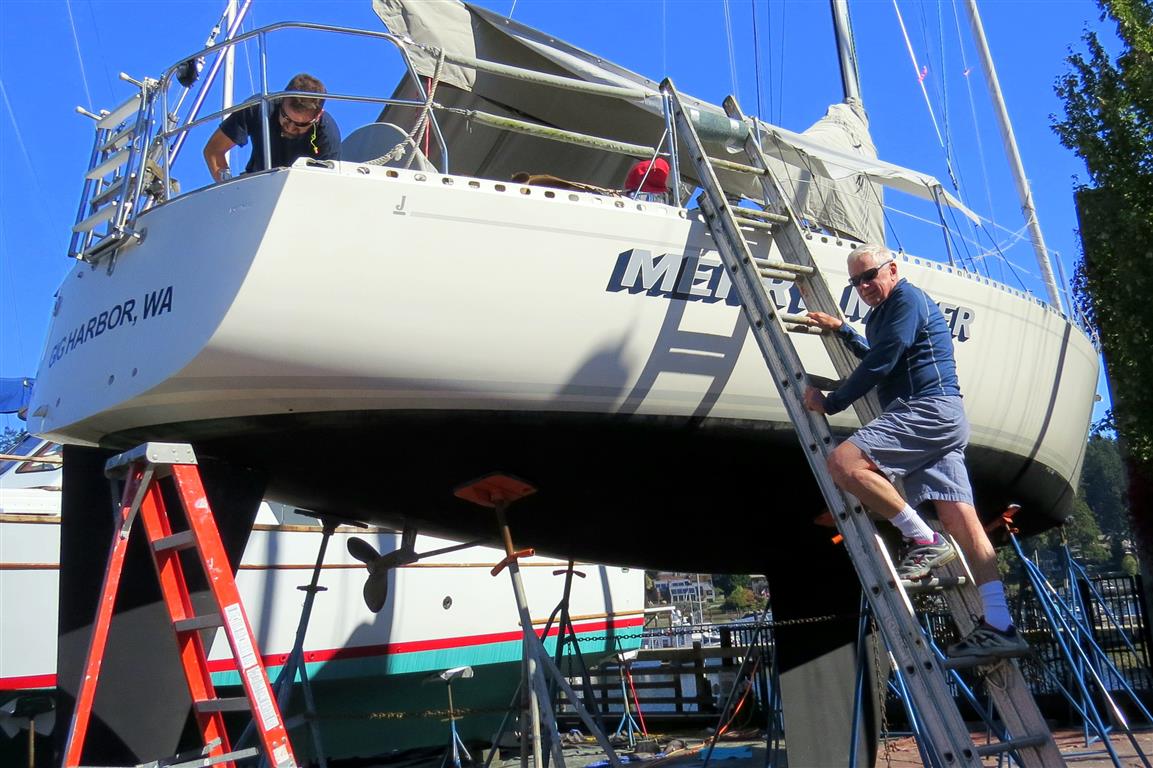 “I’ve got to have her hauled out because she’s very hard to turn (in one direction),” Bill said during a race that this writer crewed on back on Sept. 10.  “I’ve got to have the rudder looked at, but I’m going to wait until the race (series) is over.” 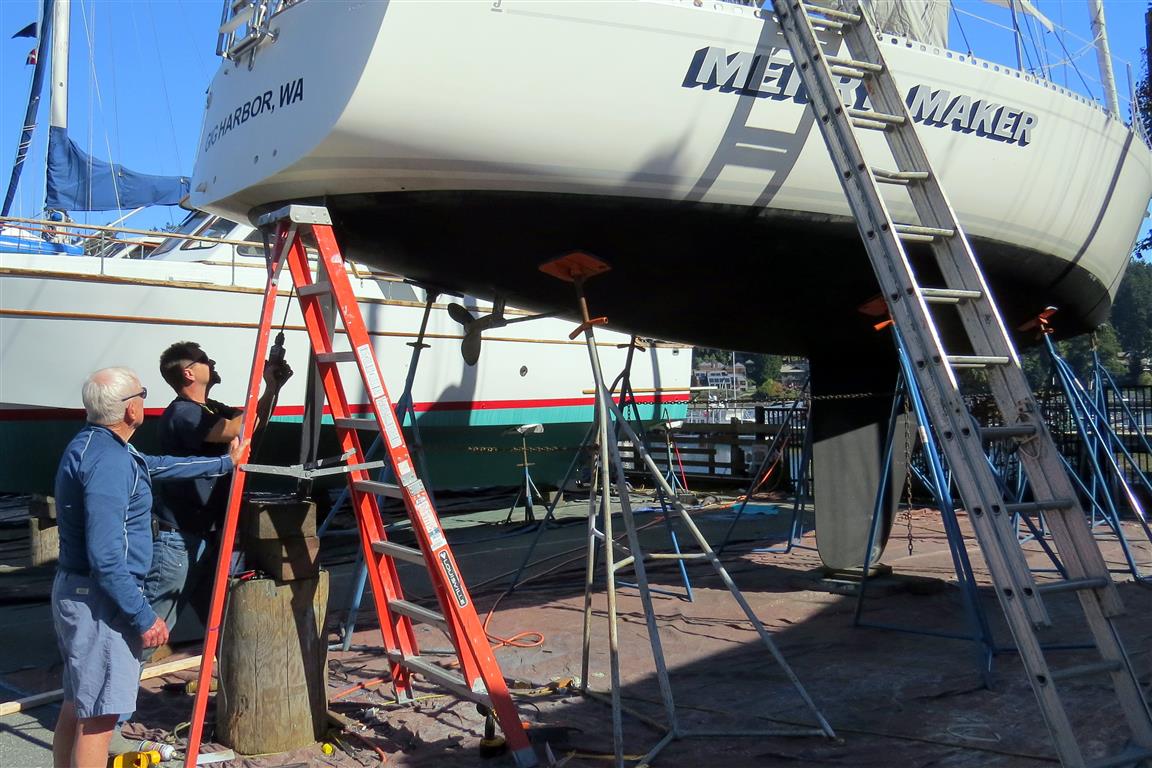 Sure enough, a few days after the last Thursday night race, there was the 37-foot J boat up on sturdy stands at Gig Harbor Marina & Boatyard.  And there was Harter on hand while skilled boatyard mechanic John Iverson braced himself to begin drilling out a stubborn corroded bearing on Merry Maker’s rudder.

“There’s a whole big bearing that goes up in the hull,” explained Harter, a retired middle school teacher who brings his boat to Gig Harbor Marina & Boatyard for maintenance year after year.  “The bearing is corroded and doesn’t want to come out,” he added as he watched Iverson apply more pressure on the drill.

Repair technician Iverson, “one of our newest and best guys,” said Mark Lindeman, boatyard manager at Gig Harbor Marina & Boatyard, got the difficult bearing out and removed the rudder with minimal damage.  The rudder was repaired and it was “pretty much business as usual,” Lindeman added. 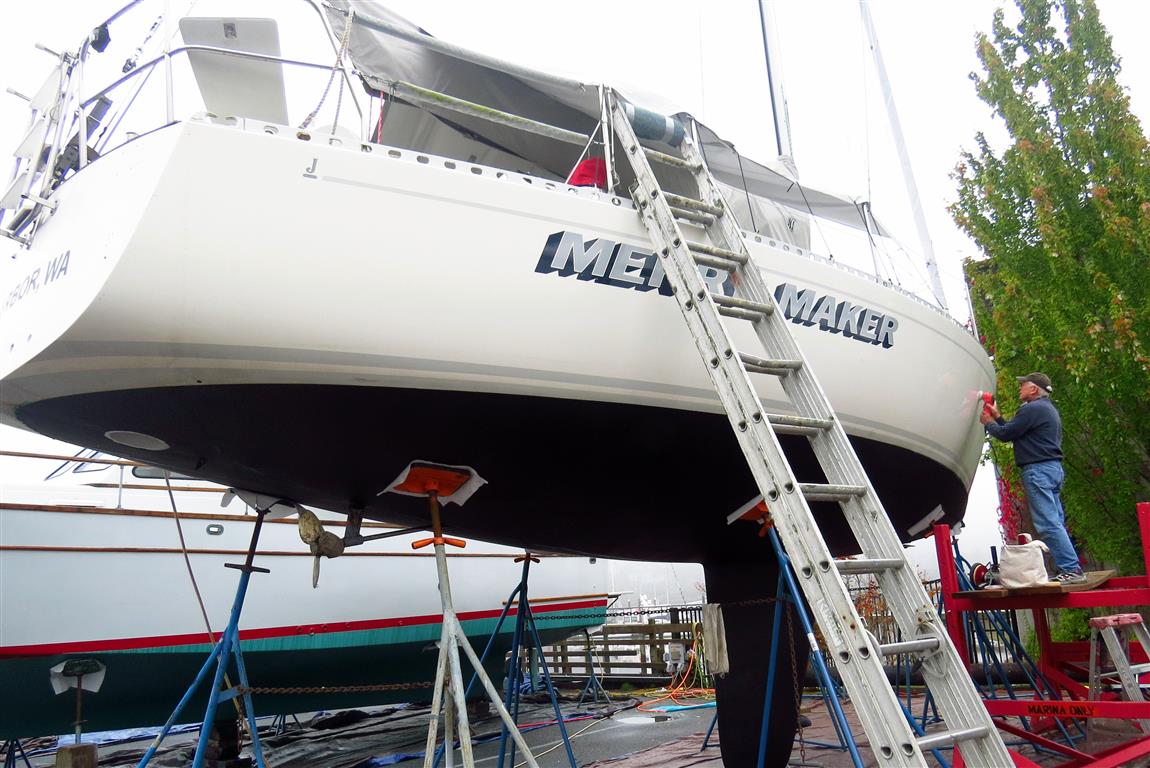