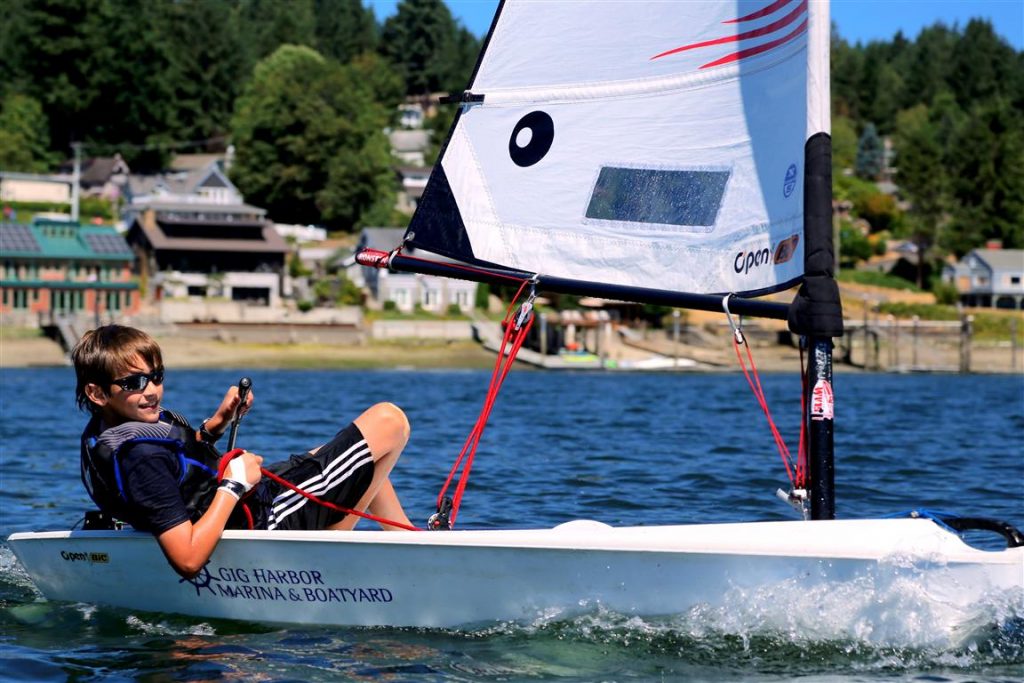 You’ve probably seen the fleet of little white sailboats scudding around the end of the harbor on a summer day. Well, it’s that time again as GHYC Junior Sail Camp gets under way for its eighth season in Gig Harbor. 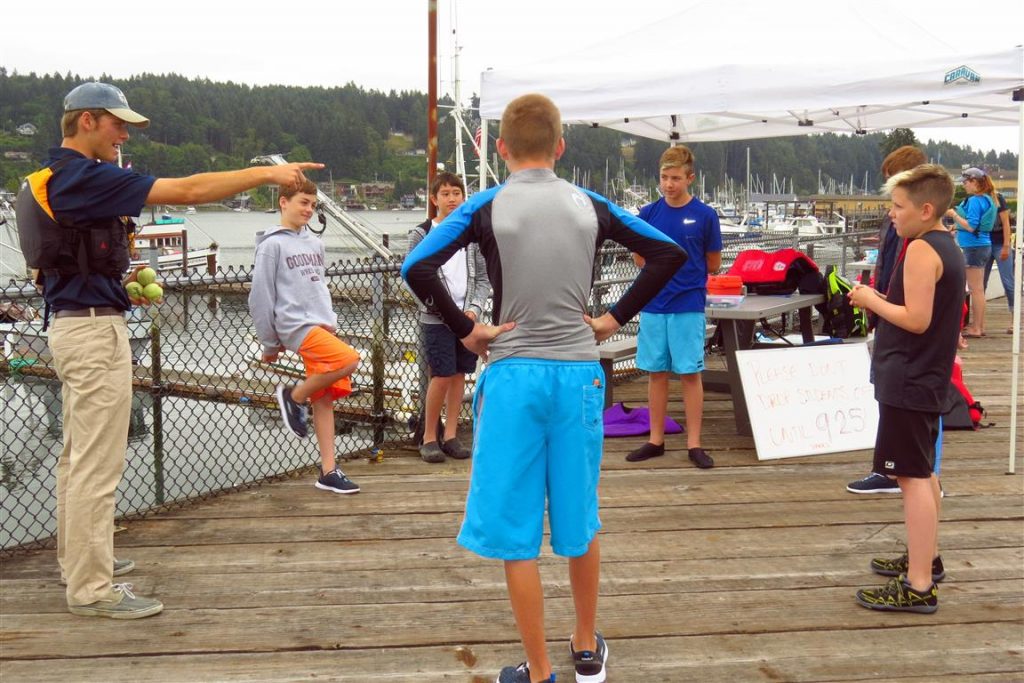 GHYC Junior Sail instructor Ryan Squires (left) leads students in a game to learn each other’s names on the first day of their learn-to-sail session this week.

This year the popular program has expanded by adding a half-day “Guppy” class for kids 6 to 8 years old. It’s an addition that is already proving to be a hit with area families.

“The Guppy classes have just taken off,” said Kathleen Carlson, program registrar and website coordinator. “We have more than 30 Guppies signed up so far with some sessions already full.” 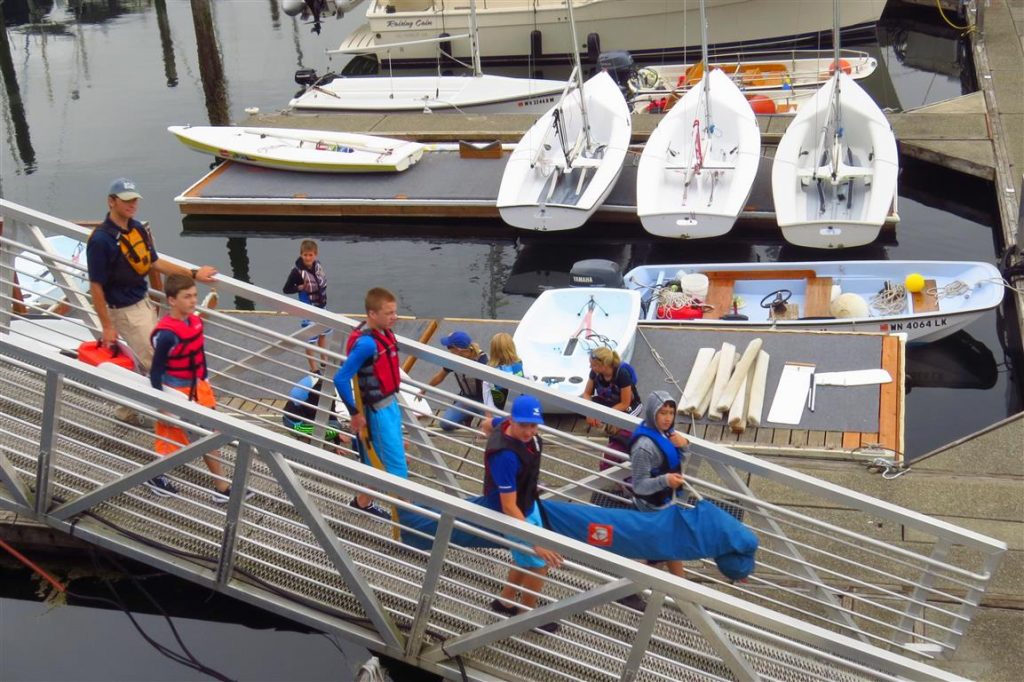 Junior Sail Camp students and instructors carry sails and other gear down the ramp to their fleet of boats at West Shore Marina.

In addition to the afternoon Guppy classes, Junior Sail Camp offers all-day sessions for novices, ages 8 to 11, and teens, ages 12 to 18. More than 130 kids are already registered for the Monday through Friday sessions — by far more students than previous summers — with the program just beginning its second week. 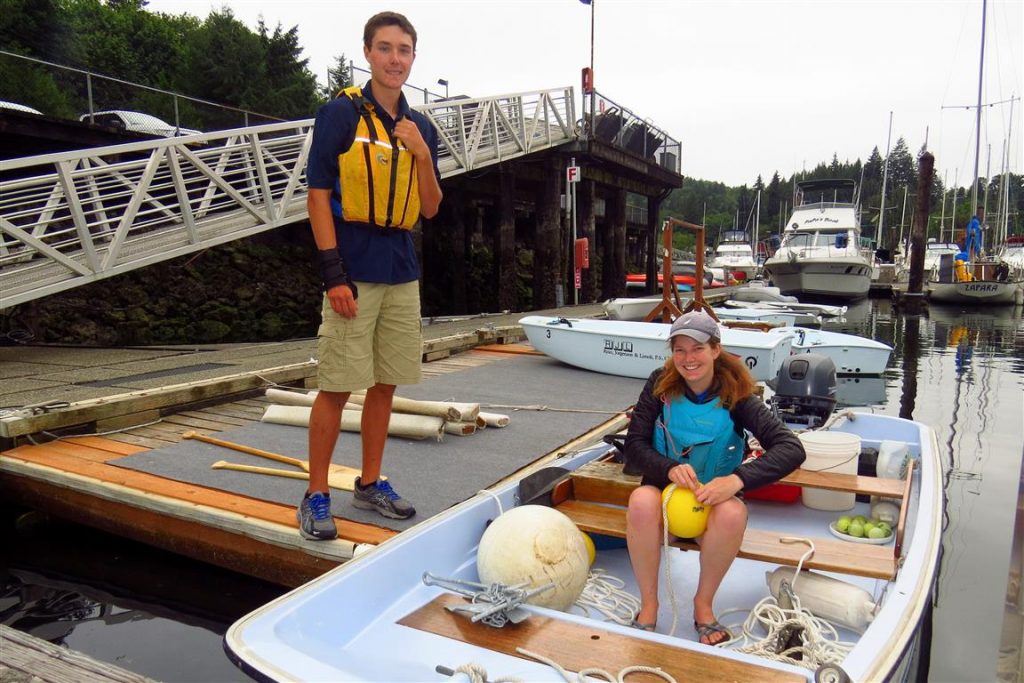 “I am thrilled to report that we had a fabulous first week of Sail Camp!” she emailed program board members. “Everyone was happy and successful. Parents (arrived) and took photos and thanked everyone for a truly great week.” 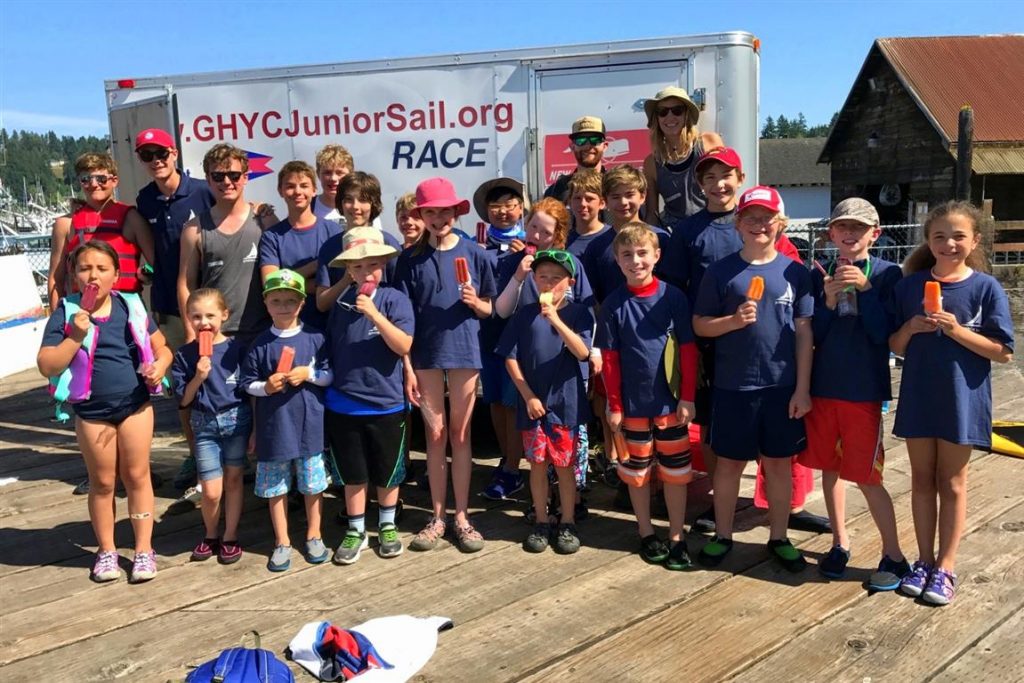 Learn-to-sail students enjoy Popsicles and Junior Sail T-shirts on the last day of their week-long camp session on June 30.

Junior Sail Camp is Popular with Kids and Parents

Fridays are special days with a long sail from in front of Anthony’s restaurant to the lighthouse spit at the mouth of the harbor. There, sail campers enjoy a picnic lunch and participate in a fun sailing “Olympics,” which includes several nautically-themed games and competitions.

“Three teams of kids of all ages in each group chose a country for their team name,” explained Storkman. “The older kids were so thoughtful working with the younger ones. The instructors loaded lunches in the Boston Whalers and they sailed to the lighthouse spit for lunch and the Olympic games — and swimming!  It was a tight competition but Team Germany (complete with a flag!) won.” 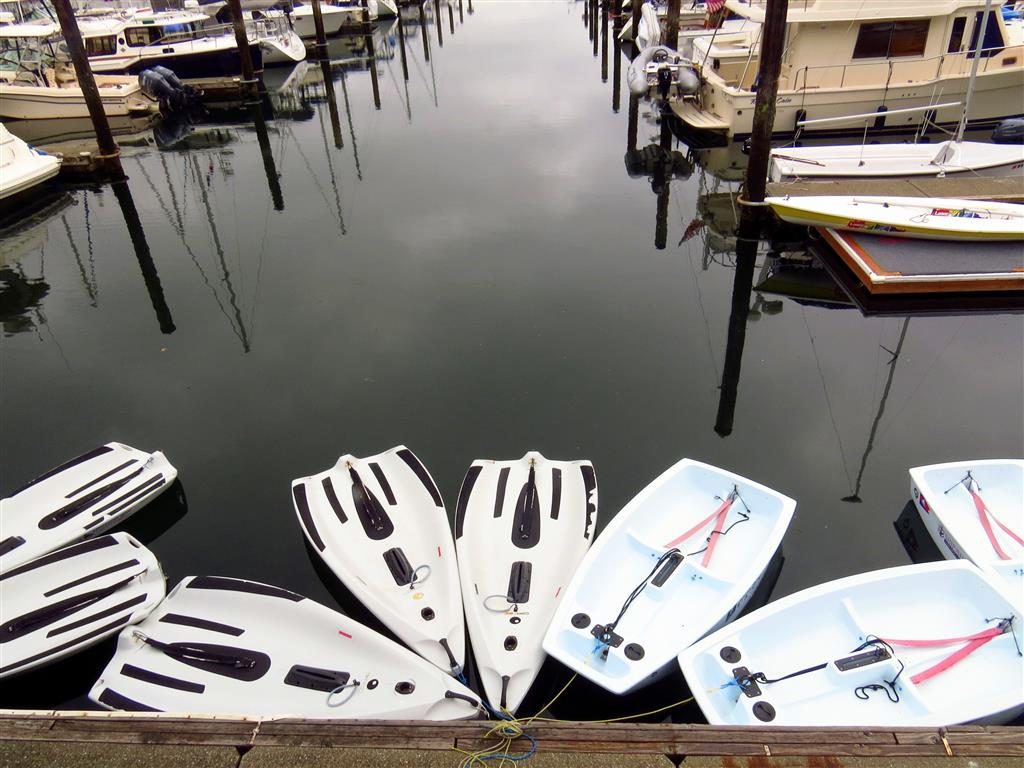 Another facet of the GHYC Junior Sail Program is the very successful high school Race Team, which qualified for national competition in Boston this spring for the first time since the program began a few years ago.