In a fitting tribute to much-loved Gig Harbor sailor Bill Harter, the June 2020 Harbor Series of Thursday night sailboat races has been renamed the “Bill Harter Series.” The avid sailor and beloved community member passed away on April 1 after a short battle with cancer. 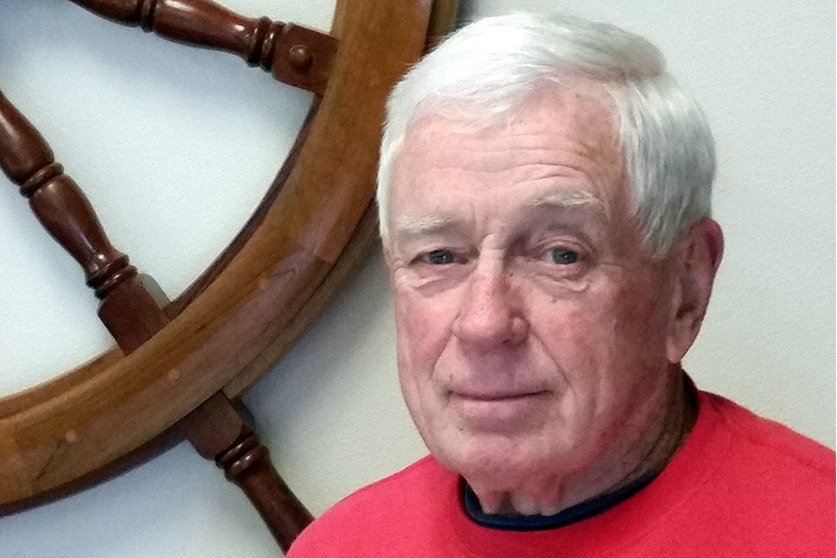 The Gig Harbor Yacht Club, which organizes the long-standing tradition of Thursday night sailboat racing in the harbor, announced earlier this month that this season’s races would be named after Harter. The retired school teacher and active yacht club and community member had an infectious love of sailing and was a regular racer for many years skippering his J/37, Merry Maker.

The passing of Harter, 81, was a sad loss for everyone who knew the always positive, readily smiling friend with the twinkling sea-blue eyes. Bill had a genuinely warm greeting for everyone in his deep, melodic voice and gladly pitched in as a volunteer with the many organizations and activities where he was involved.

In fact, just this past year Harter took on the duties of “sail chair” at the Gig Harbor Yacht Club, which he and his late wife Trish joined in 1990. Unable to gather due to COVID-19 restrictions to mourn his passing, the club, his church and the community that knew him has sorely felt his loss. 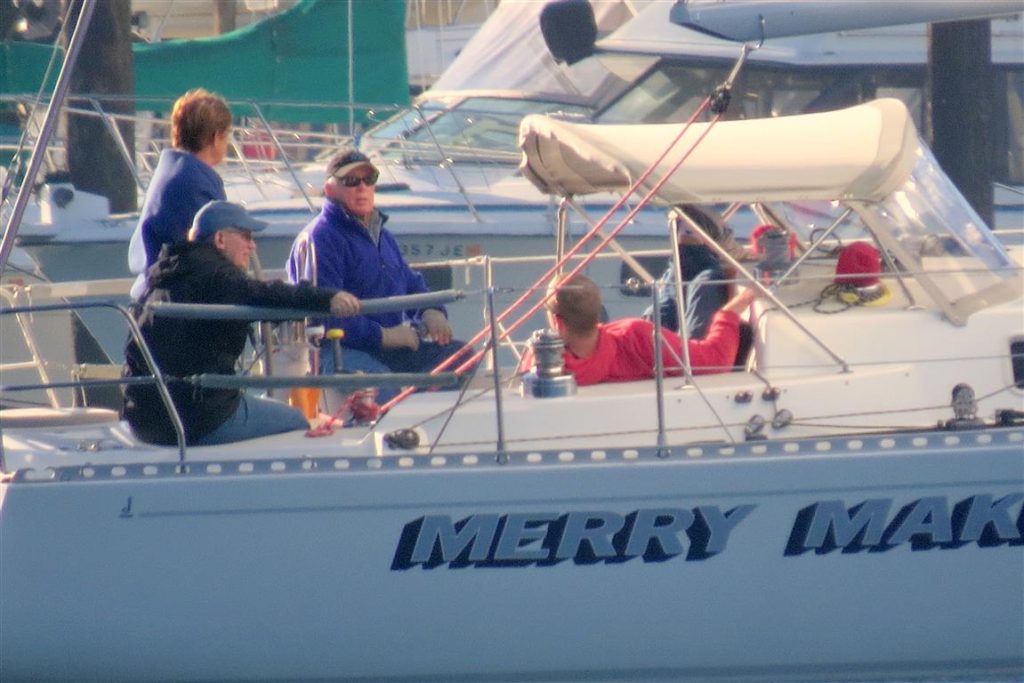 “Bill was an avid sailor and loved to race and compete,” stated the yacht club in its announcement naming the Bill Harter Series. “Every Thursday night throughout the spring and summer you could expect to see him racing in the harbor. For those who attended meetings and listened to the “thank you’s,” many times you would hear Bill’s name mentioned. His contributions to the club and sailing community were endless.”

The racing community echoed that sentiment as it turned out in large numbers for the first race of the Bill Harter Series on June 4. The four-race series of informal sailboat races takes place in Gig Harbor bay on Thursday evenings in June, although local sailors keep the enjoyable tradition going throughout the summer. 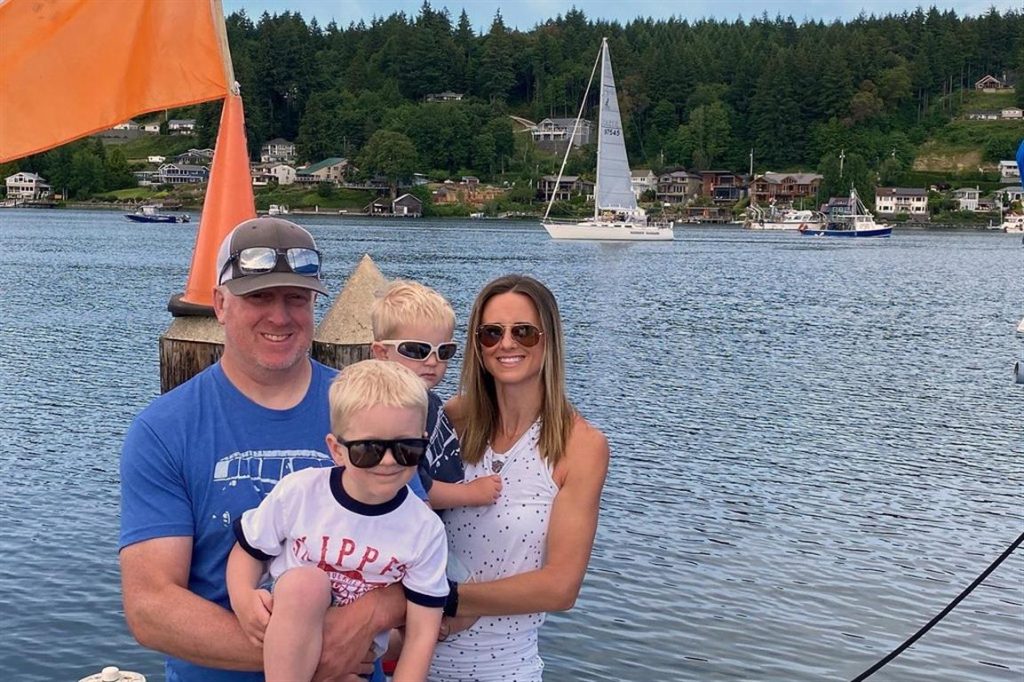 Bill Harter’s family was on the waterfront to watch the first race of the “Bill Harter Series” on June 4. His son, Scott (left), who crewed with his dad many times, is shown here with wife Rachel and sons Axel and Jett. (Photo by Erik Carlson of the Gig Harbor Yacht Club)

Harter’s family was on hand to watch the first race of the June series, moved a month later this spring from its usual May start. They watched their dad’s former boat Merry Maker, with her new owner Phil Wiltse at the helm (in photo at top), once again out on the harbor taking part in this racing tradition.

The second race is tonight, June 11, so come down to the waterfront and enjoy the view. Learn more about race details on the Gig Harbor Yacht Club website. A registration form is included along with the Notice of Race (NOR) and sailing instructions at gigharboryc.com. Click on the Bill Harter Series under Upcoming Events. For information contact Erik Carlson: ecarlsongh@outlook.com.