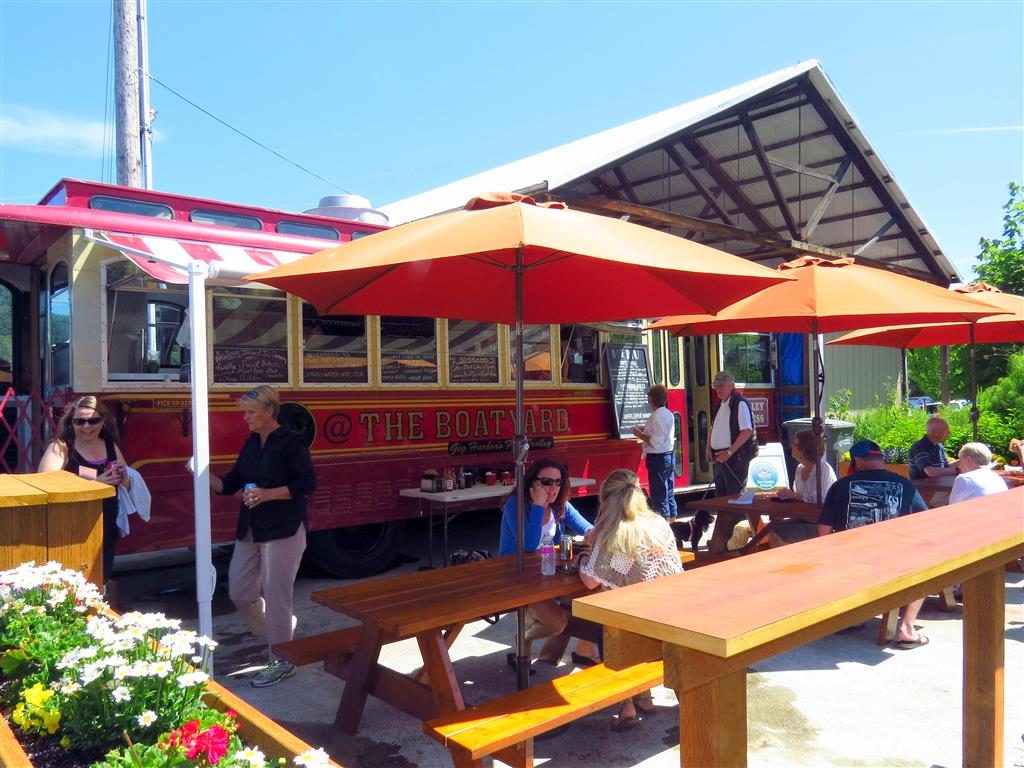 The Fish Basket, featuring both girls and boys basketball games on the same night, takes place on Jan. 23 at Peninsula High School. Show your team spirit and save on delicious meals at The Trolley @ the Boatyard through the end of January. 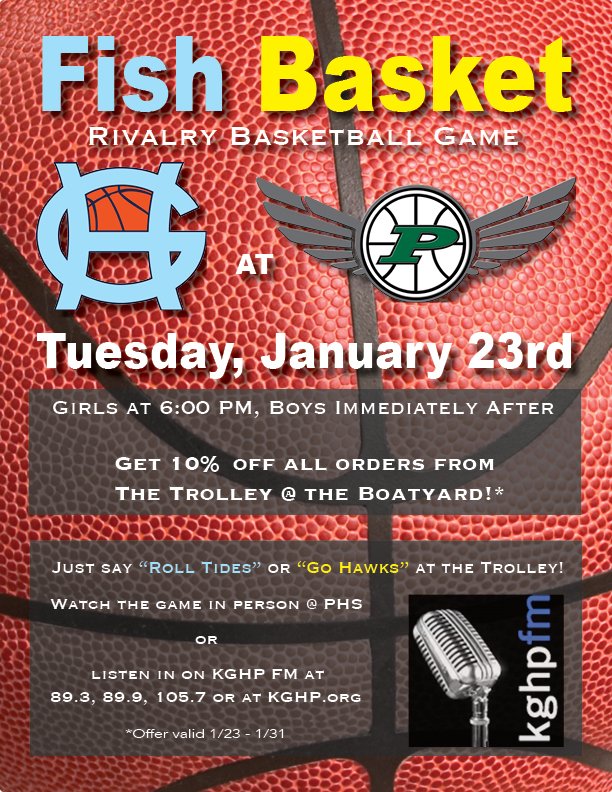 Tune to the radio stations listed above and listen to live Fish Basket action. The girls’ game is being called by Gig Harbor Marina & Boatyard’s own Chance Busey, assistant marketing director, and the boys’ game is called by his dad, Kelly Busey, Gig Harbor’s chief of police.