The long-awaited Grand Opening of the area’s only marine consignment store, Second Wave @ the Boatyard Marine Repair and Consignment, is set for this Saturday, June 16, from 10 a.m. to 6 p.m.

On Grand Opening day, enjoy free grilled hot dogs and beverages with music by Sky Davenport while you browse through a trove of gently used — and some new — marine treasures at Second Wave. 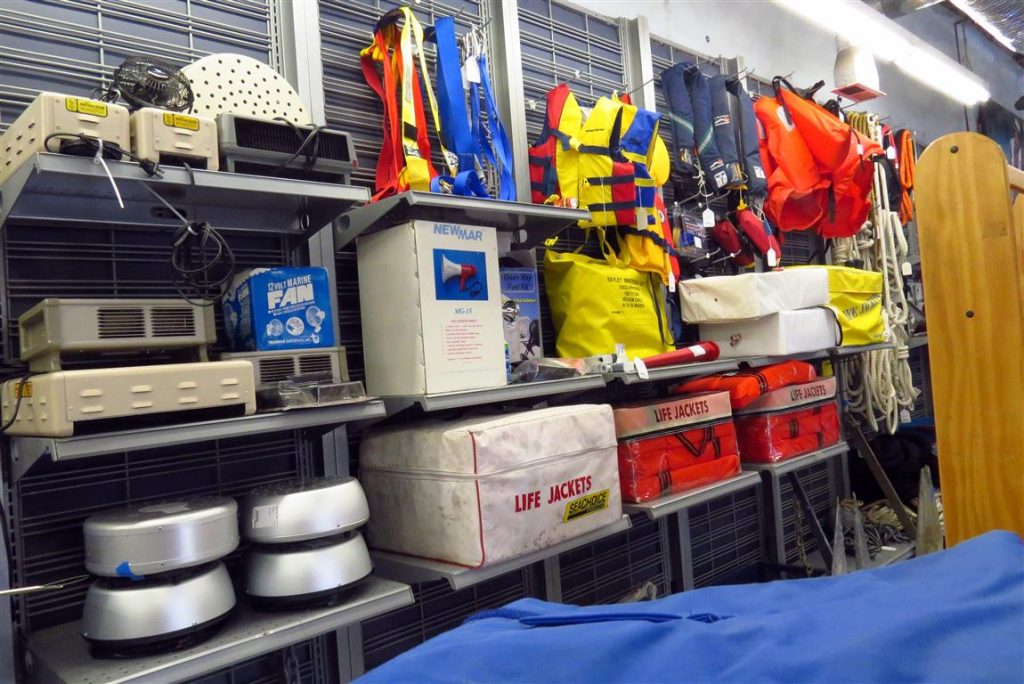 The Second Wave team has been busy preparing the marine repair and consignment store for the past several months. Pictured in top photo, from left to right, are Michael Nanfito, Brian Johnson, Debbie Yeend, Gary Ford and Paul Diederich.

Interest in the new Second Wave in Gig Harbor has been gone “viral,” says store manager Gary Ford. He and his team have been busy transforming the former Lighthouse Marine repair shop at the bottom of Stinson Avenue into the very attractive Second Wave @ the Boatyard for the past several months. They have been assisted by the original Second Wave’s former manager, Patti Segulja-Lau.

“The amount of enthusiasm we’re hearing from our customers is unbelievable,” Ford said during preparations. “It’s just going viral and our customers are absolutely stoked. From intake of consignment items to asking when the store will open, they want to start shopping now.” 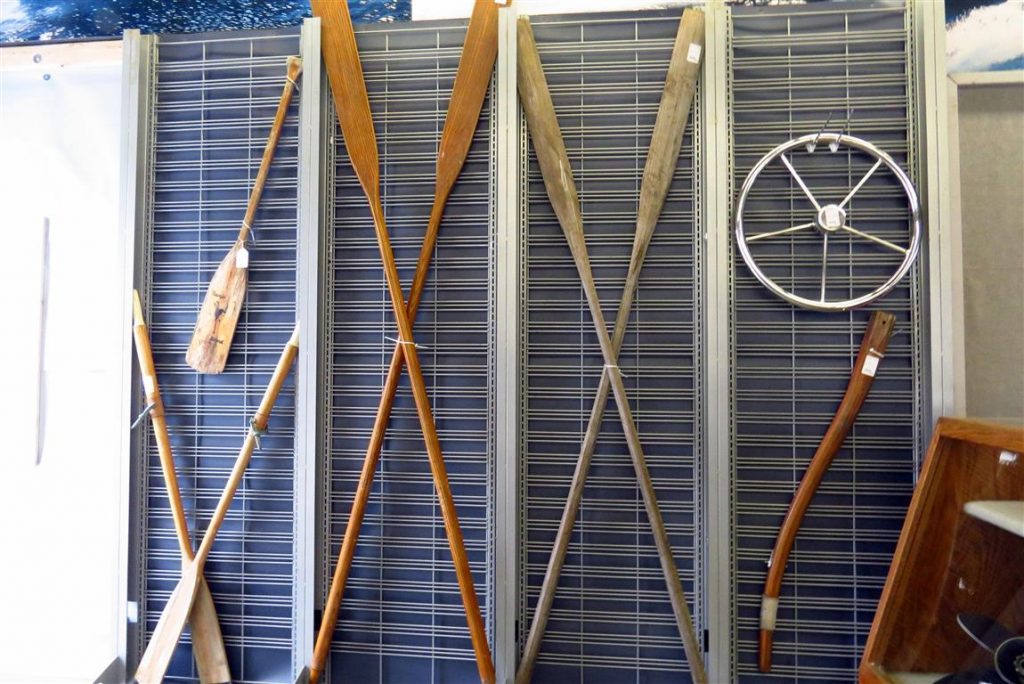 At a time when marine consignment stores appear to be dwindling, says Ford, the opening of Second Wave @ the Boatyard fills a need that boaters have been missing.

Mark Lindeman, former yard manager and now senior advisor at Gig Harbor Marina & Boatyard, is definitely one of those boaters. 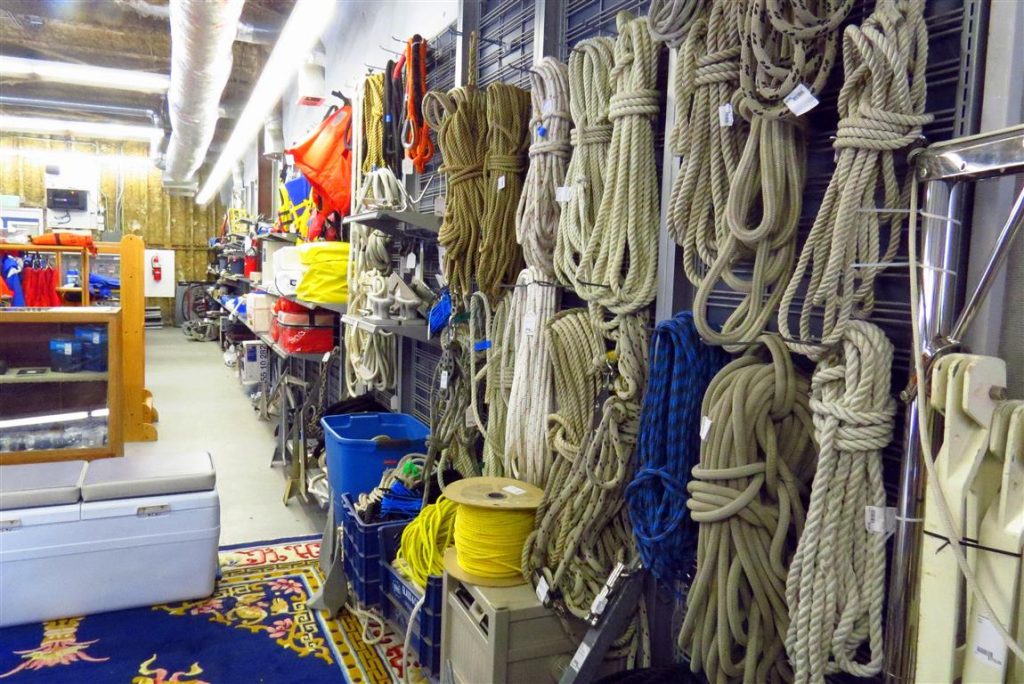 From air horns and anchors to blocks and barbecues, propellers and power cords, boaters are sure to find just the buried treasure they need at the new Second Wave. Come in and find the rope you need on a whole wall of coiled line. Or, how about a beautiful, 12-foot John Gardner-designed classic dory with four oars?

“This is definitely big,” said Ford. “The timing for us to open a store, especially in Gig Harbor, is just perfect.” 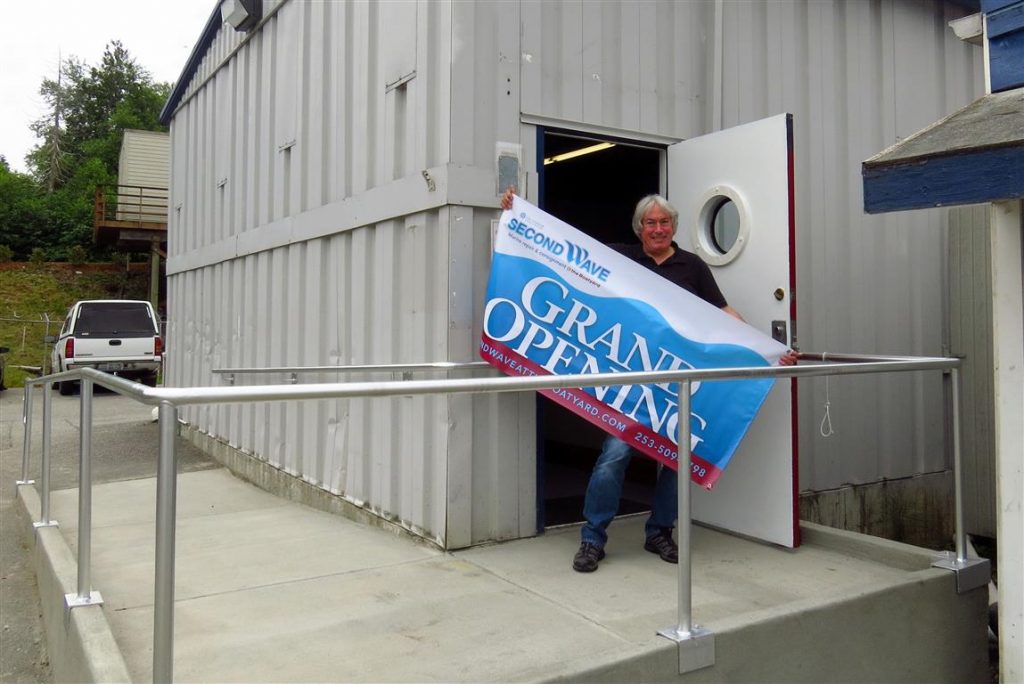