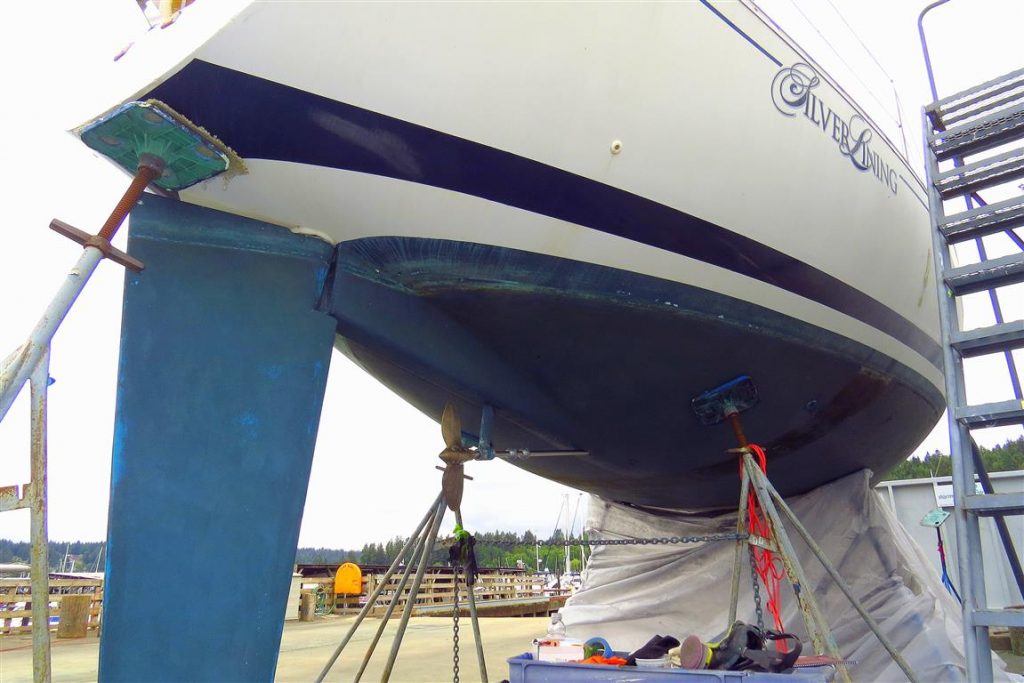 It’s always nice to look for the silver lining in things and you didn’t have to look far at Gig Harbor Marina & Boatyard recently. There she was, up on stands next to the Travelift bay.

Silver Lining, a beautiful Beneteau 375, was on the hard for some needed keel work. The graceful sailboat is owned by Mary White, secretary of the Pacific Handicap Racing Fleet of the Northwest, or PHRF-NW, out of Gig Harbor. White is a long-time sailing friend of Mark Lindeman, boatyard manager at Gig Harbor Marina & Boatyard. He described the work the boatyard crew was doing for Silver Lining’s owners.

“We are restoring their cast iron keel,” he said. “It involves scaling with a needle gun to remove deep rust and pitting prior to treatment with rust-preventative primers.”

I was at the boatyard with my camera the day Doug Terrian, paintshop lead at Gig Harbor Marina & Boatyard, was working on the Beneteau. He had her keel shrouded in plastic tarps and was putting on his respirator to go in with the needle gun. 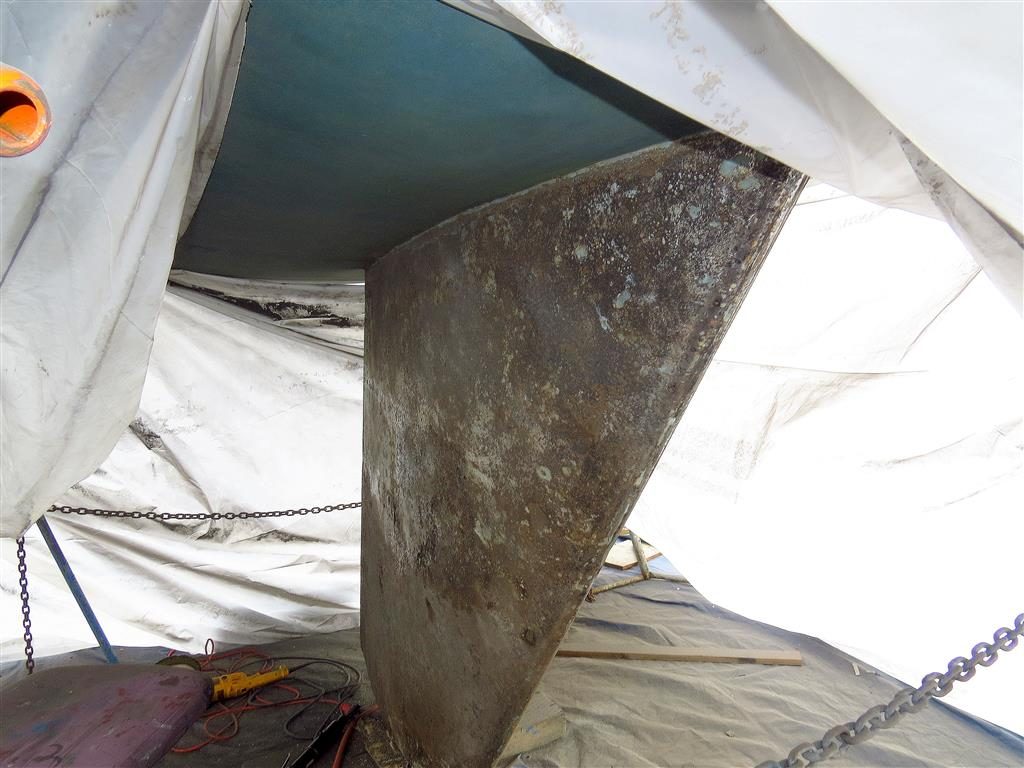 The boatyard crew scaled the sailboat’s cast iron keel with a needle gun to remove deep rust and pitting.

“Go ahead and take a look,” he said as he held back the tarp. I snapped a quick photo of the work in progress, but unfortunately, I didn’t get back in time to see Silver Lining after her keel restoration. Terrian and team applied epoxy and faired the keel to its original shape before priming and painting.

Silver Lining and her owners are now ready for summer racing in the sound. PHRF-NW is about promoting sailboat racing in the Pacific Northwest and British Columbia by maintaining an equitable system of handicap ratings of member boats. Within handicap racing sailors compete against a variety of makes and sizes of sailboats. Each of these boats will be “handicapped,” or assigned a number that represents a speed potential the sailboat could possibly achieve.

These numbers are used at the end of the race to adjust elapsed course times to corrected numbers that represent the handicapped finish times of the competitors. The sailboat with the shortest corrected handicap finish time wins. Unlike a golf handicap, where golfers are given a number based on their skill potential, sailboats are given a number based on their speed potential — not the skill of the crew that is sailing the sailboat. Today more boats race under PHRF-NW than any other handicapping system in the Pacific Northwest. 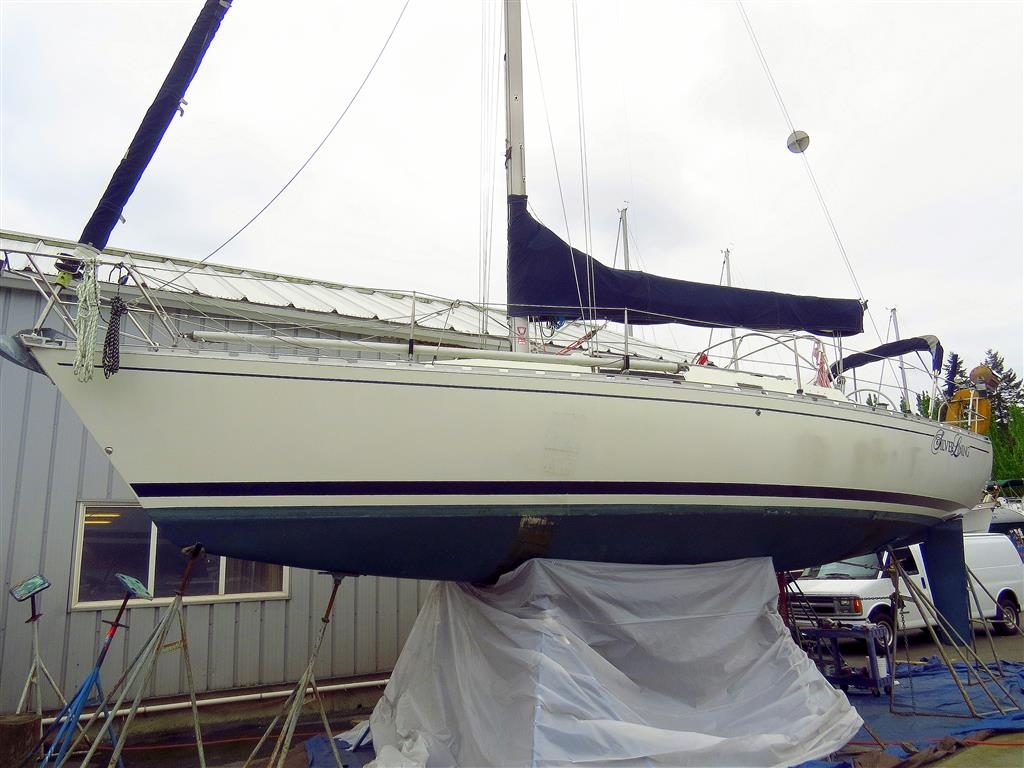 “Silver Lining,” a graceful Beneteau 375, was on the hard at Gig Harbor Marina & Boatyard for keel restoration recently.

It’s always good to look for a “silver lining” in things — and you may just see this one during a sailboat race in the South Sound.