Our boatyard crew took command of a sticky problem on General Quarters earlier this month and got the yacht back on track…literally. 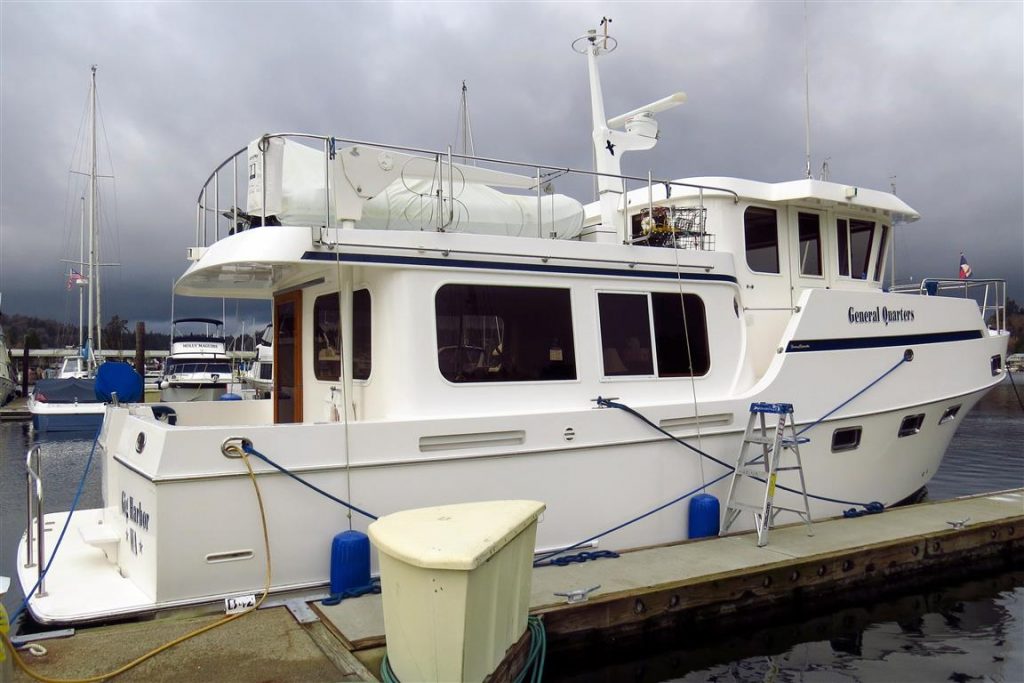 “General Quarters” came to Gig Harbor Marina & Boatyard to have her sliding cabin door and track repaired. The skilled boatyard crew soon got her repaired and refitted.

“John did a very nice modification to the back sliding door,” said Gig Harbor Marina & Boatyard Service Manager Chris Hawke. “The door was warped so it stuck and wasn’t rolling very well.”

The skilled shipwright and woodworker had to cut the boat’s original upper track flange away in order to remove the door and track. Next, he repaired the slider’s rollers and built a new polished stainless upper track flange. 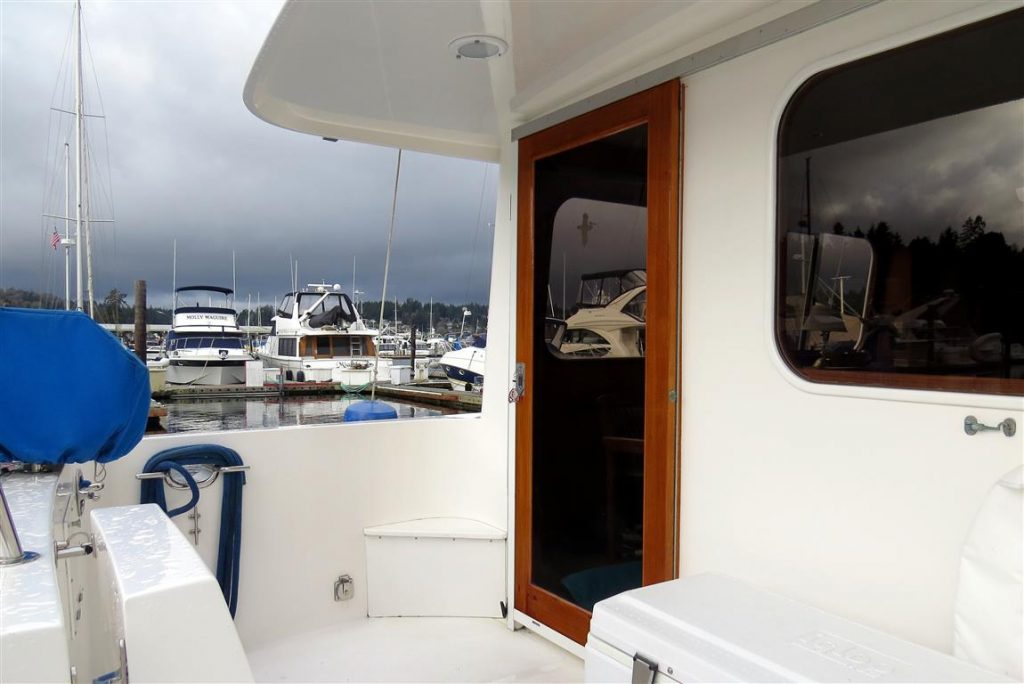 Boatyard shipwright John Iverson made a custom stainless track flange and refinished the beautiful wood door in his repair of the Ocean Alexander’s sliding cabin door.

Iverson then repaired the Ocean Alexander’s warped cabin door. He sanded and refinished the rich wood door and reinstalled it into the refitted track. He topped off his beautiful work with his custom stainless cover plate over the upper track.

General Quarters also had some exhaust work done while at the boatyard. The crew replaced the yacht’s wet exhaust mixing elbows and she was soon fit for active duty again.

If you haven’t heard by now, the crew at Gig Harbor Marina & Boatyard performs top-quality, professional marine service and repair. We are about delivering first cabin treatment to all our customers — and we are right here in the heart of Gig Harbor, so come in and see what we can do for your boat.