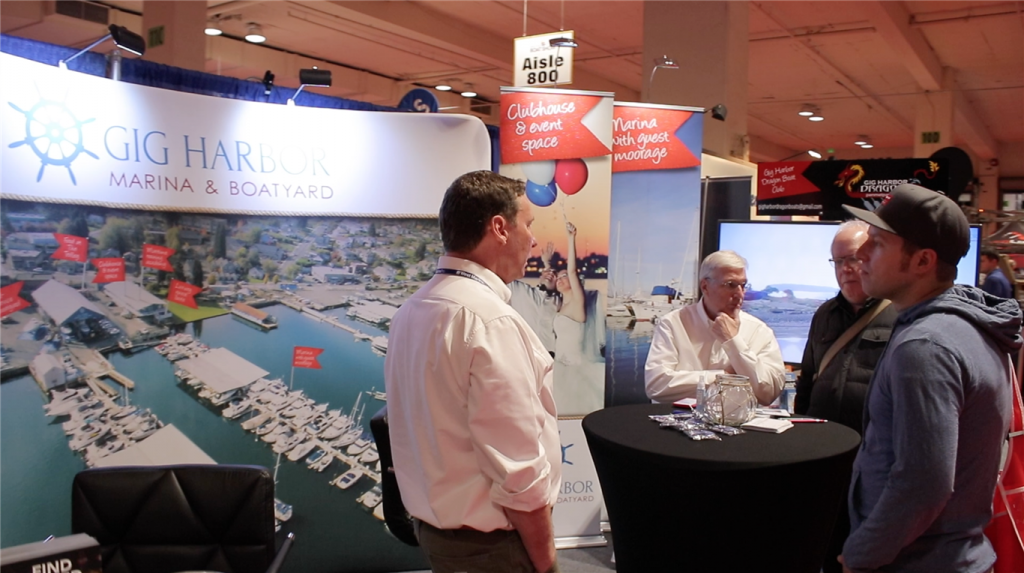 Gig Harbor Marina & Boatyard enjoyed a smooth cruise at the recent Seattle Boat Show and the crew sat down last week to recap their third run with the West Coast’s largest boating exposition.

“I thought it was a big success,” said Yard Manager Mark Lindeman of the annual Seattle Boat Show – Indoors + Afloat, which ran in three locations Jan. 26-Feb. 3. “I was happy with the people we talked to and the traffic we got. We made several contacts for boatyard work and I was able to pass these names right on to our office staff. Our booth looked great and we got a lot of compliments.”

Lindeman teamed up with boatyard Managing Director Ron Roark to do most of the booth-manning, although other boatyard staffers also stood watch during the nine-day event.

The crew handed out over 700 rack cards and gave away “a lot of stuff,” including hundreds of key floats, pens, coasters and little toy boats, they said. 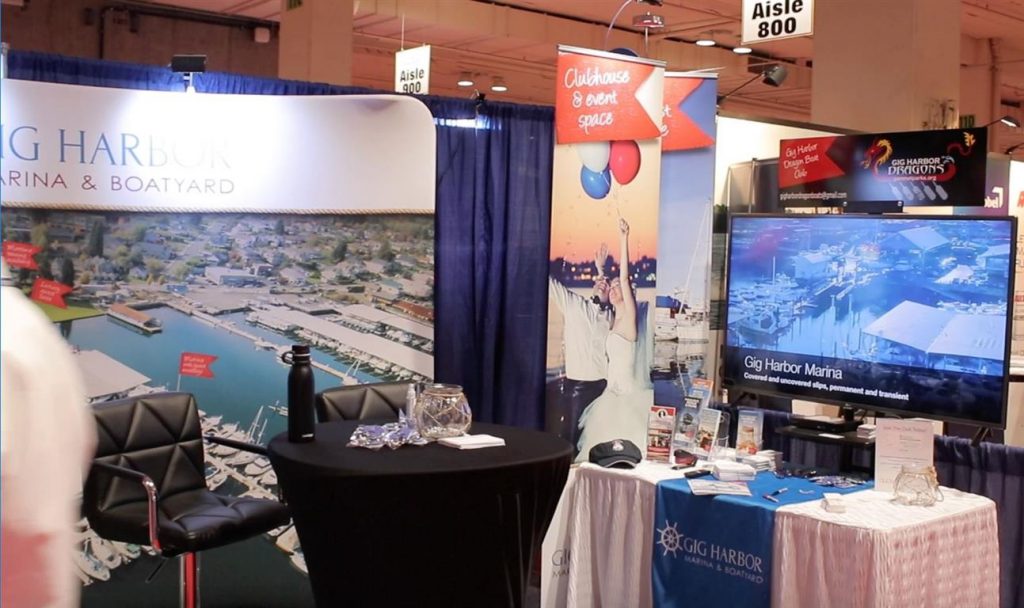 “We just shared the highlights of what’s new at the boatyard,” – Ron Roark

“Ron and I were a good team up there,” Lindeman said. “He is such a good salesman. He had a great one-liner about Gig Harbor Gondola (moored in the marina):  ‘You come down for a ride on the gondola — she gets misty-eyed and he gets an attaboy.'”

It’s easy to be enthusiastic when you are excited about what you have to offer — and Gig Harbor Marina & Boatyard has more to offer all the time in top quality service and hospitality.

“We just shared the highlights of what’s new at the boatyard,” said Roark.

Some of what’s ‘New @ the Boatyard’ includes:

“We used the boat show for the third year in a row to show the general public all the fabulous things we’re doing on the Gig Harbor waterfront,” said Lindman. 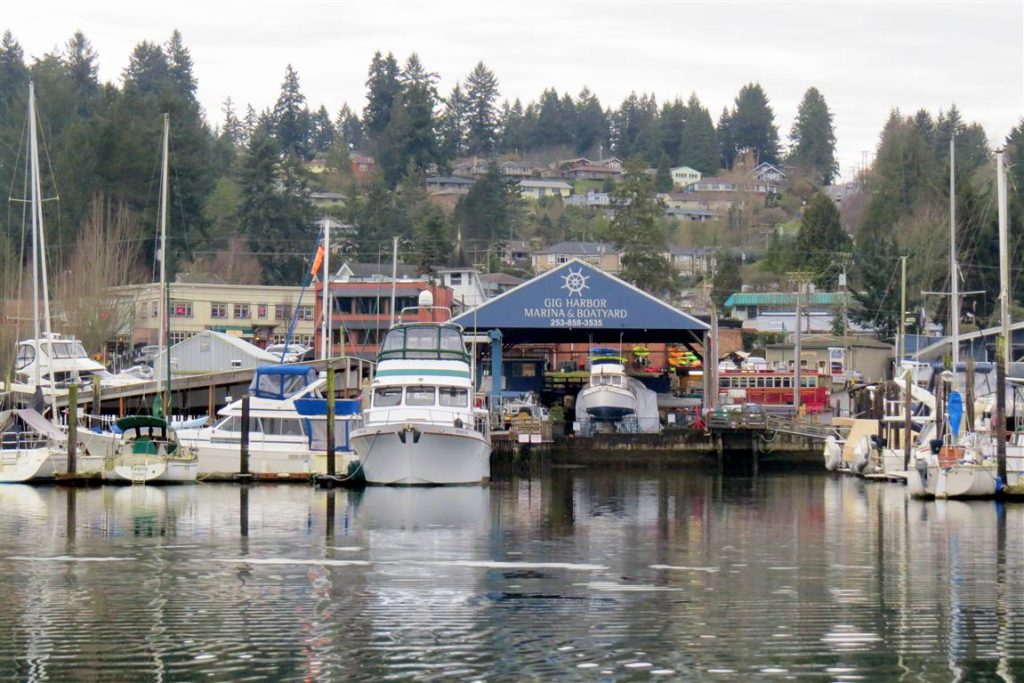 Gig Harbor Marina & Boatyard is ‘at the heart of it all’ in downtown Gig Harbor.

He and Roark say they answered a lot of questions about guest moorage, which is “clearly in big demand with little supply” indicating the interest boaters have in coming to Gig Harbor.

“We’re at the heart of it all” – Mark Lindeman

“We’re doing more to promote ‘fun in Gig Harbor’ than any other business in town,” Lindeman continued. “We point out how close we are to things such as, ‘here’s Heritage Distilling and here’s Spiro’s restaurant.’ We’re at the heart of it all, like Ron says.”