Swing Dancing Returns to The Club @ the Boatyard

Gig Harbor’s swing dance duo is at it again. Thank goodness for the rest of us.

Gig Harbor High School grads Hailey Hodgson and Liam Collins, who started up swing dancing at The Club @ the Boatyard two years ago, are back in the swing again this summer. Branded as Harbor Swing, their dances have quickly gained popularity and momentum on the Gig Harbor waterfront. 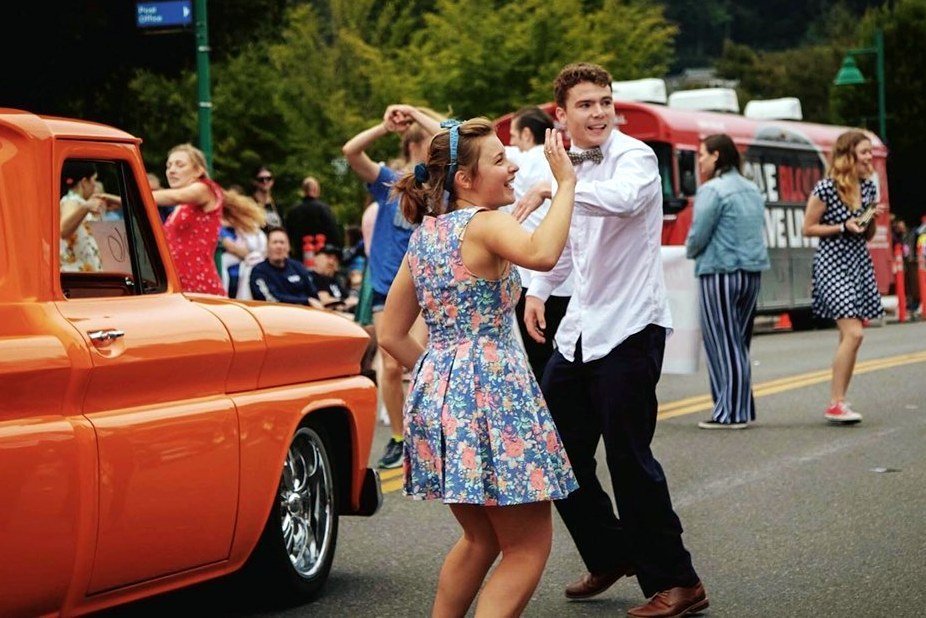 You may have seen them twirling and dipping along the parade route during the Maritime Gig Festival earlier this month. Liam, Hailey and other swing dance regulars were getting the word out that summer swingin’ was getting under way at The Club as of June 11.

For the second summer now, Harbor Swing dances are aligned with Summer Sounds at Skansie concert nights. It’s a  nice pairing, every other Tuesday, to keep the music and fun going into the evening on the downtown waterfront. After the concerts in the park, which run from 6:30 to 8 p.m., just swing on over to Gig Harbor Marina & Boatyard for dancing at The Club. 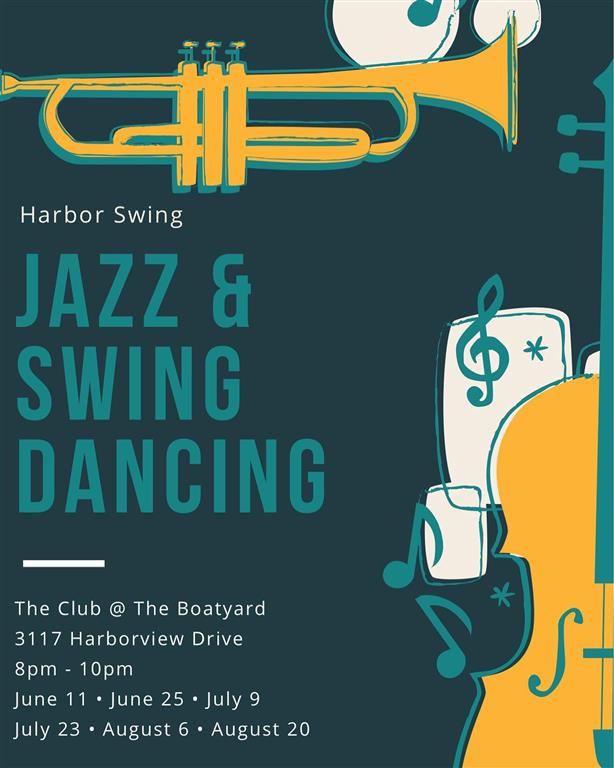