Gig Harbor Marina & Boatyard’s 5th Annual Swap Meet on June 8 was bigger and more popular than ever this year. Most likely because it was held at Second Wave, which offers even more treasure for browsing just inside the consignment store.

“What a great turnout,” said Gary Ford, general manager of Second Wave Marine Repair and Consignment. “It really filled up and it was pretty amazing. Customers were just praising the swap meet and I’ve never seen the store so full of people.”

This year for the first time the boatyard’s annual swap meet was held at its consignment store location, which opened last June at 3720 Harborview Drive. Boatyard managers were pleased with the nice fit of having the event at Second Wave.

“The sheer synergy it has with the store makes it perfect,” said Ron Roark, managing member of Gig Harbor Marina & Boatyard.

The Sky Davenport Trio, shown above, provided live music on a picture-perfect day for parking lot perusing. The weather helped put people in a summer cruising frame of mind as they sorted through tables of boating goods. 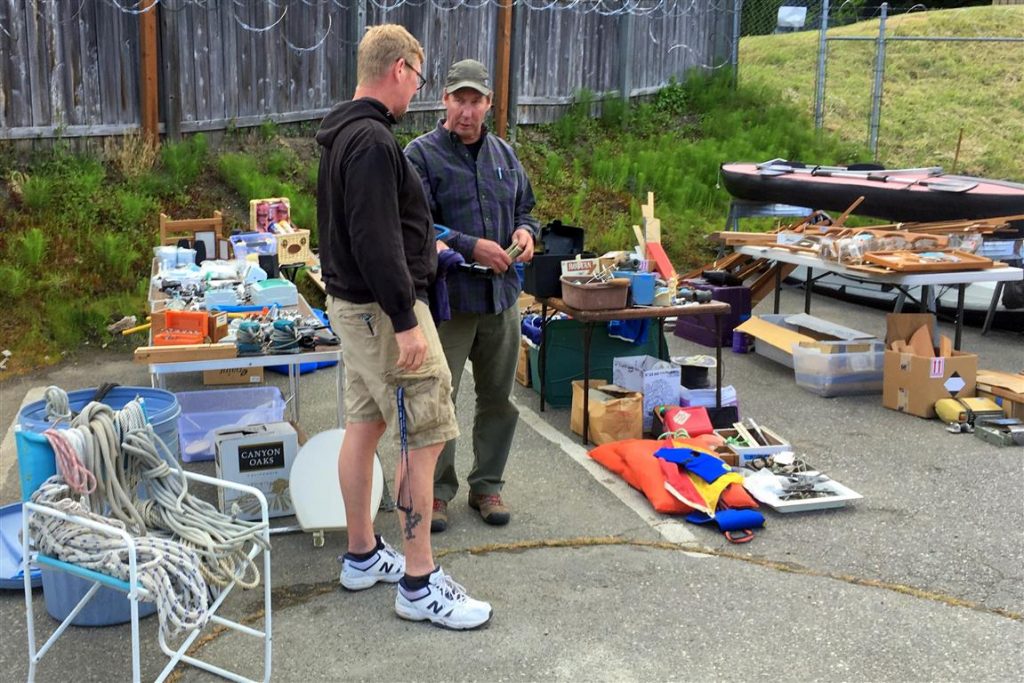 Some 14 vendors — about double from past years — set up booths to sell their no-longer-needed marine wares ranging from lines and life jackets to all manner of boat parts and related equipment.

As always, Gig Harbor Marina & Boatyard’s swap meet was held to commemorate National Marina Day, which fell on June 8 this year. Stay tuned, though, because there may be enough enthusiasm to not wait a whole year for the next one.

“What a great time had by all,” summed up Gary Ford. “The weather could not have been any better. We also had the Sky Davenport Trio live and they played some great tunes. The event went so well, we are thinking of having another swap meet.”