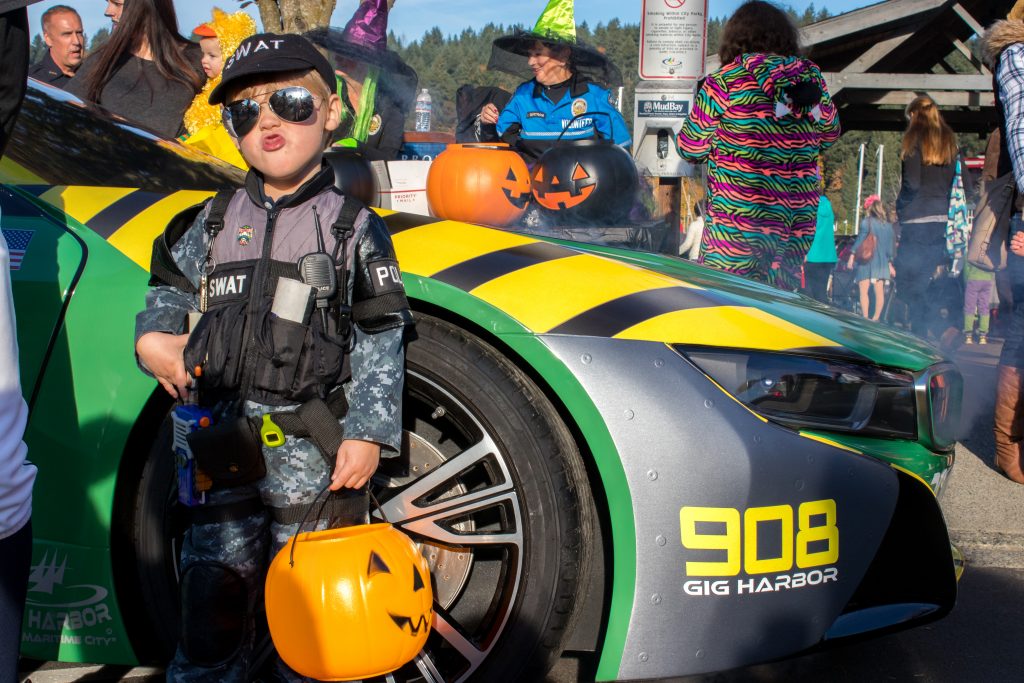 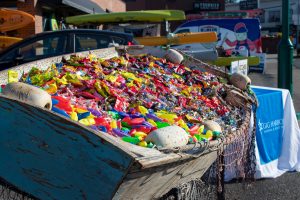 Trick or Treat in the Harbor always draws large crowds. This year was no exception.

We started with a boatload of candy (literally) and ended the evening with our treasure handed out. In fact, the most common phrase at the beginning of the event was “Wow! Look at all the candy in that boat!”

Some of the costumes were incredibly creative, while others saw minimum effort, but realized maximum reward as just about every kid ran away with a bucket full of candy. 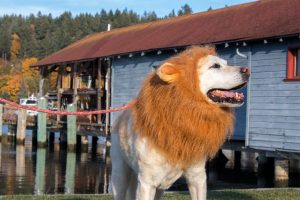 A dog dressed as a lion posed in front of the Skansie Net Shed.

More of our favorites are on our Facebook page in a photo album.

We couldn’t pick a favorite costume between all of the family costumes and all of the dogs. We were going “Ooh, ahh,” just about every five seconds. 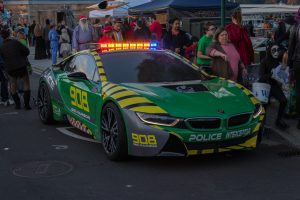 One of the most attention grabbing setups at the event came from the Gig Harbor Police Department, who announced their “prototype patrol car” on twitter.

Thank you to everyone who stopped by to get some candy @ the Boatyard!

We’re glad everyone had a great time at such a fun event for downtown Gig Harbor, and we can’t wait to do it all again next year! 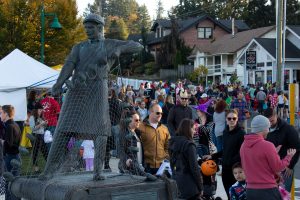