First Swing Dance of the Summer Season was Sizzling Hot!

So many downtown Gig Harbor events set the tone for a sensational summer of fun on the waterfront.

First comes the Paddlers Cup, splashing into the harbor in April to shake off the long, dreary winter blues. Then things warm up even more in early June when the Maritime Gig Festival comes rollicking into town. Soon, it’s Waterfront Farmers Market time every Thursday, followed by the Summer Sounds at Skansie concerts on balmy Tuesday nights in the park.

This week Gig Harbor was treated to its favorite party-in-the-park band in the series lineup:  the fabulous Beatniks, who whip up a mood of fun in the summer sun like nothing else that comes to the waterfront. 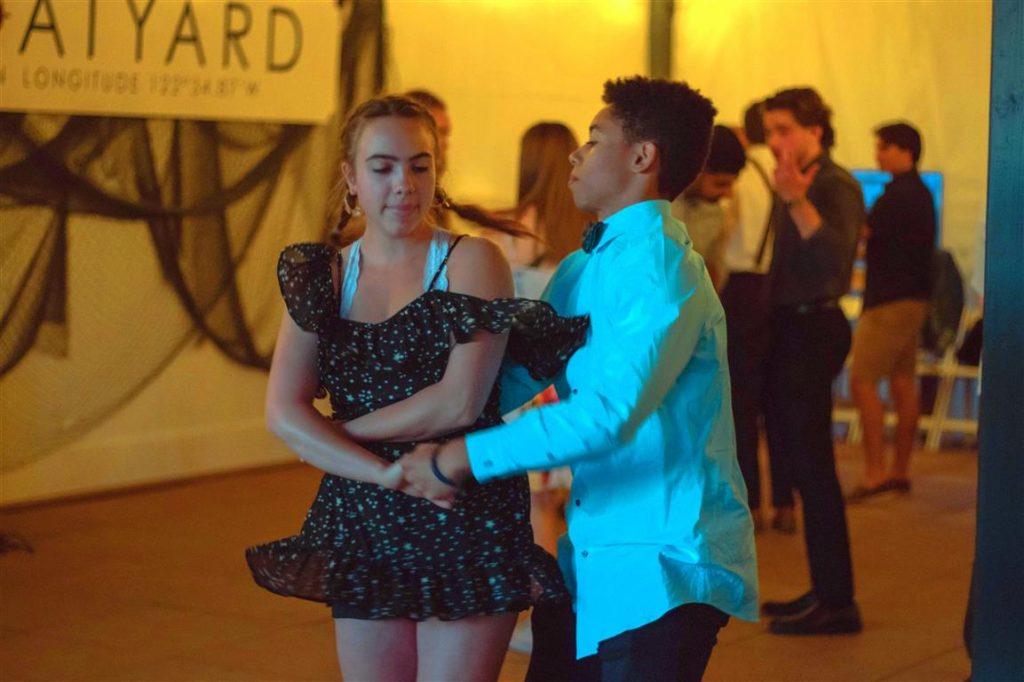 But now, add to the list of fun on the harbor the return of sizzling nights of swing dancing at The Club @ the Boatyard. The first dance was held on July 3, right after the Summer Sounds concert with the 133rd Army Band. The event was boffo — to use an old smash hit term, fitting for this old style of dance that’s enjoying a hot, new revival.

About 190 people flocked to Gig Harbor Marina & Boatyard’s Club venue on the park for a good time with friends and swinging to live jazz music.

Liam Collins and Hailey Hodgson started swing dancing about a year ago and have brought the jazzy style of dance to Gig Harbor.

It is a return to The Club @ the Boatyard for Gig Harbor Swing Dance presented by Liam Collins and Hailey Hodgson. They held their first dances at The Club last fall, had a winter stint at the Gig Harbor Yacht Club, and are now back at the waterfront venue for the summer. 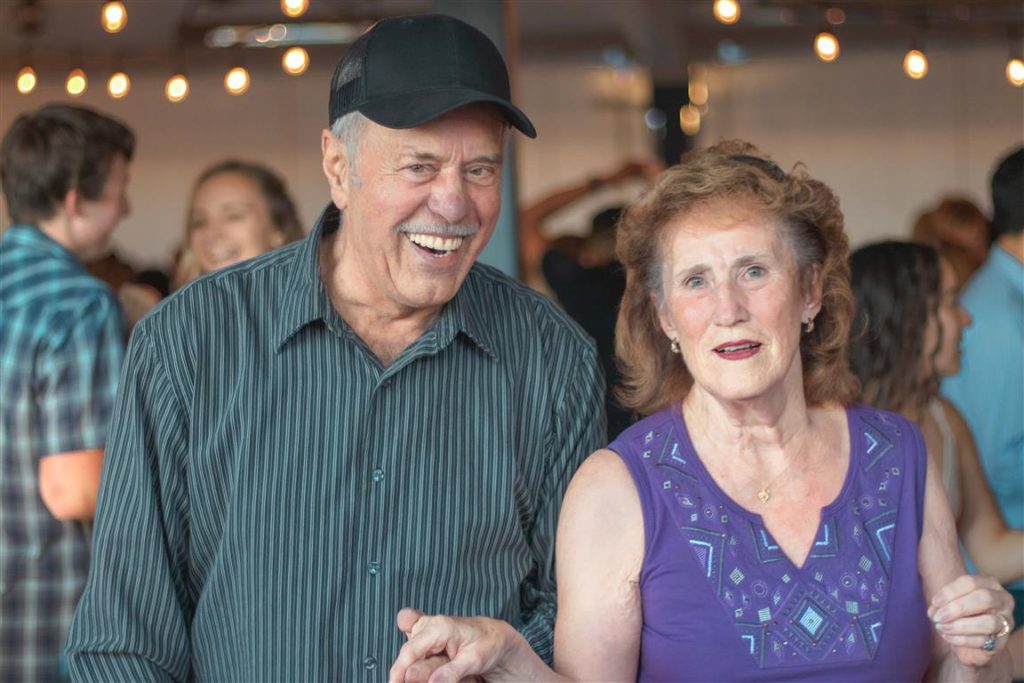 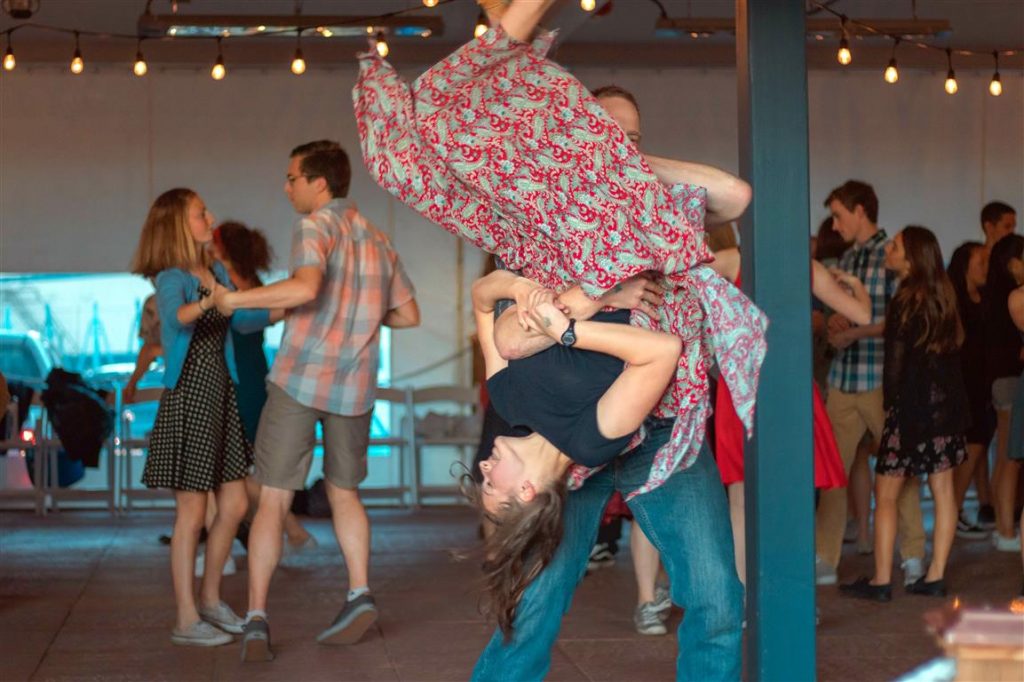 Hailey and Liam are happy to be back at The Club for the summer and were thrilled about the turnout for the first dance.

“There’s great energy tonight,” said Liam as he looked across the crowded venue during the July 3 event, with dancers even spreading out to the park beyond. “I think the band is a whole lot of what makes it. It’s just not the same without a live band.” 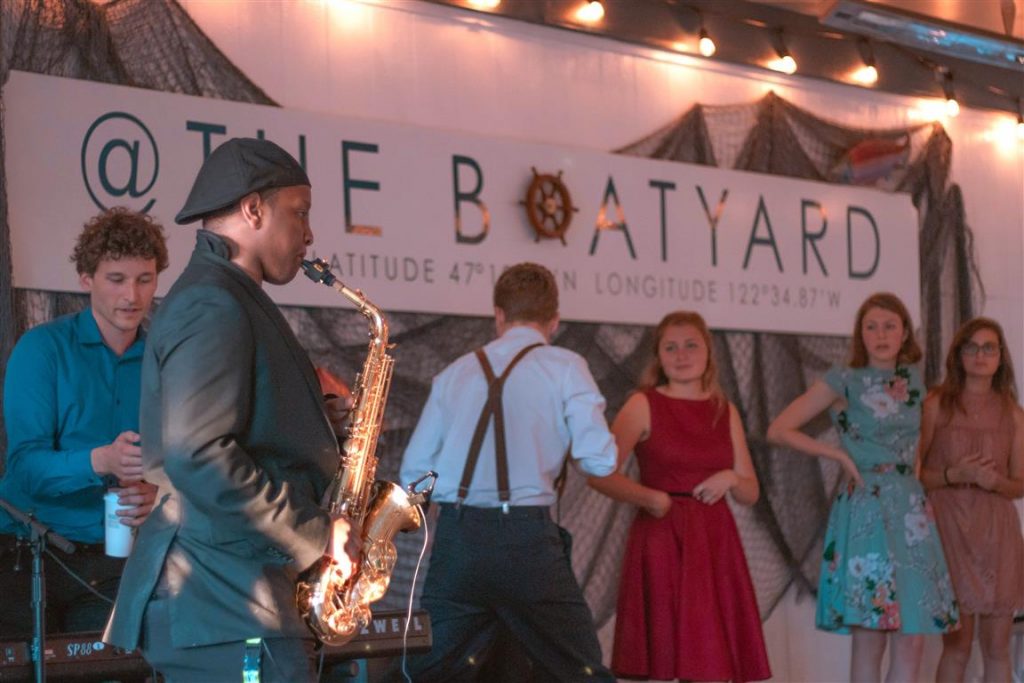 Both Liam and Hailey are surprised at the reception swing dancing has enjoyed in Gig Harbor.

“It’s been really amazing, especially how much it’s caught on,” said Hailey. “Liam and I are so happy that people have embraced it. It’s social, it’s exercise — it’s just a great activity.”

And when they both head off to college in the fall? The two plan to hand off this great activity to others to keep the dancing “swinging in the harbor.”