Gig Harbor Brewing Co.’s newest taproom is getting closer to opening, right in the heart of the downtown Gig Harbor waterfront. The new sign went up on the building this morning for the Harbor Taproom’s projected opening in mid-April. 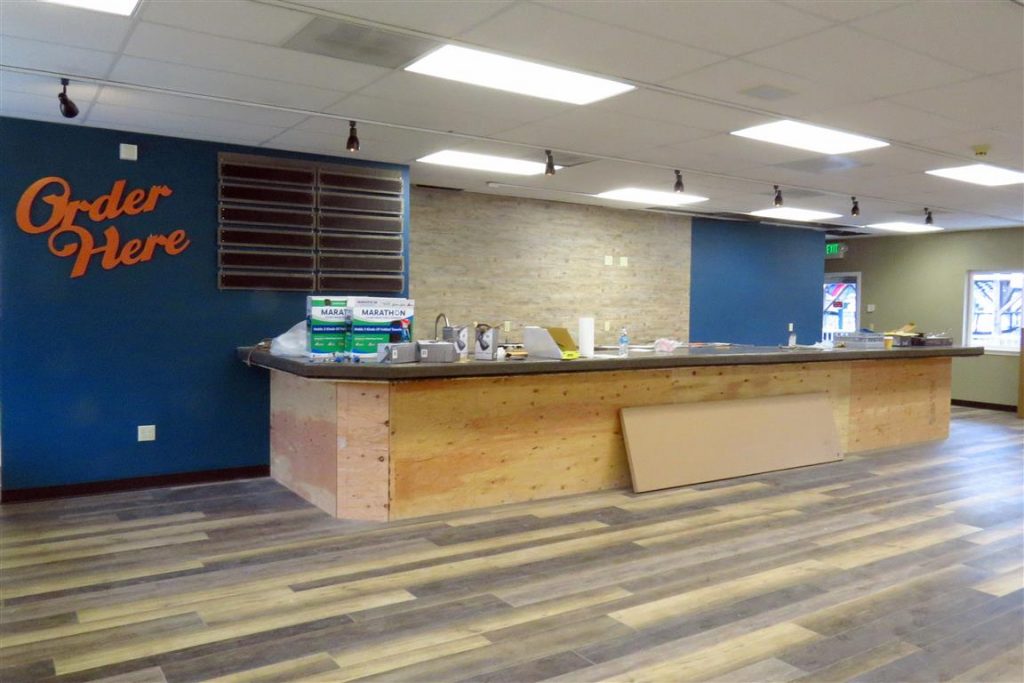 Gig Harbor Brewing Co’s Harbor Taproom is set to open in mid-April. It is located at 3155 Harborview Dr., at Gig Harbor Marina & Boatyard.

Fosberg and head brewer Mike O’Hara have been busy getting things ready at the Taproom’s primo location on the downtown waterfront.

The Harbor Taproom will feature eight taps serving rotating varieties of whiskey/bourbon barrel-aged beer, said O’Hara, who has 15-plus years of commercial brewing experience. The Taproom will have beer for sale in bottles and cans as well, and will also offer wine selections served from the bottle.

The Harbor Taproom will be a family-friendly business, O’Hara added, with carry-in food service encouraged. (Hmm…how perfect to pair beer-sampling with delicious fare brought over from the Trolley @ the Boatyard a few steps away.)

The Taproom will also have large-screen televisions for enjoyable viewing of sporting events, along with merchandise items for sale, such as shirts and hats.

Gig Harbor Brewing, which has built a solid reputation for producing highly drinkable traditional-style ales, is currently distributed in 13 counties throughout western Washington.

Now you don’t have to go any farther for these heady brews than right here at Gig Harbor Marina & Boatyard.