Military veterans were honored in a colorful and heart-felt ceremony by Gig Harbor Boy Scout Troop 282 this morning in Skansie Brothers Park. This was the ninth year that the local Boy Scout troop organized the community Veterans Day tribute. 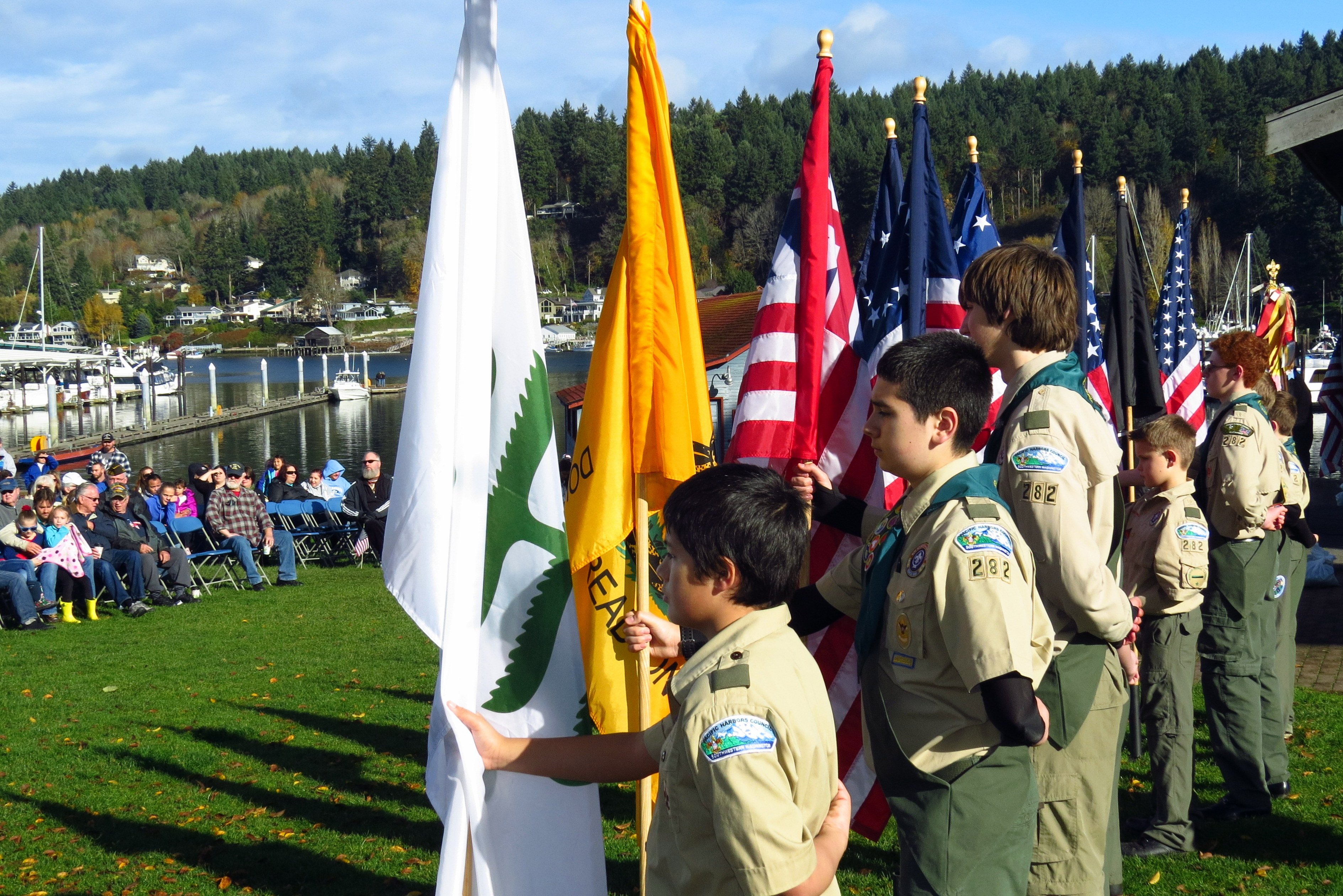 After several days of rain, the weather cleared and the sun warmed the nearly 100 people gathered in the park next to Gig Harbor Marina & Boatyard to pay tribute to U. S. military veterans. 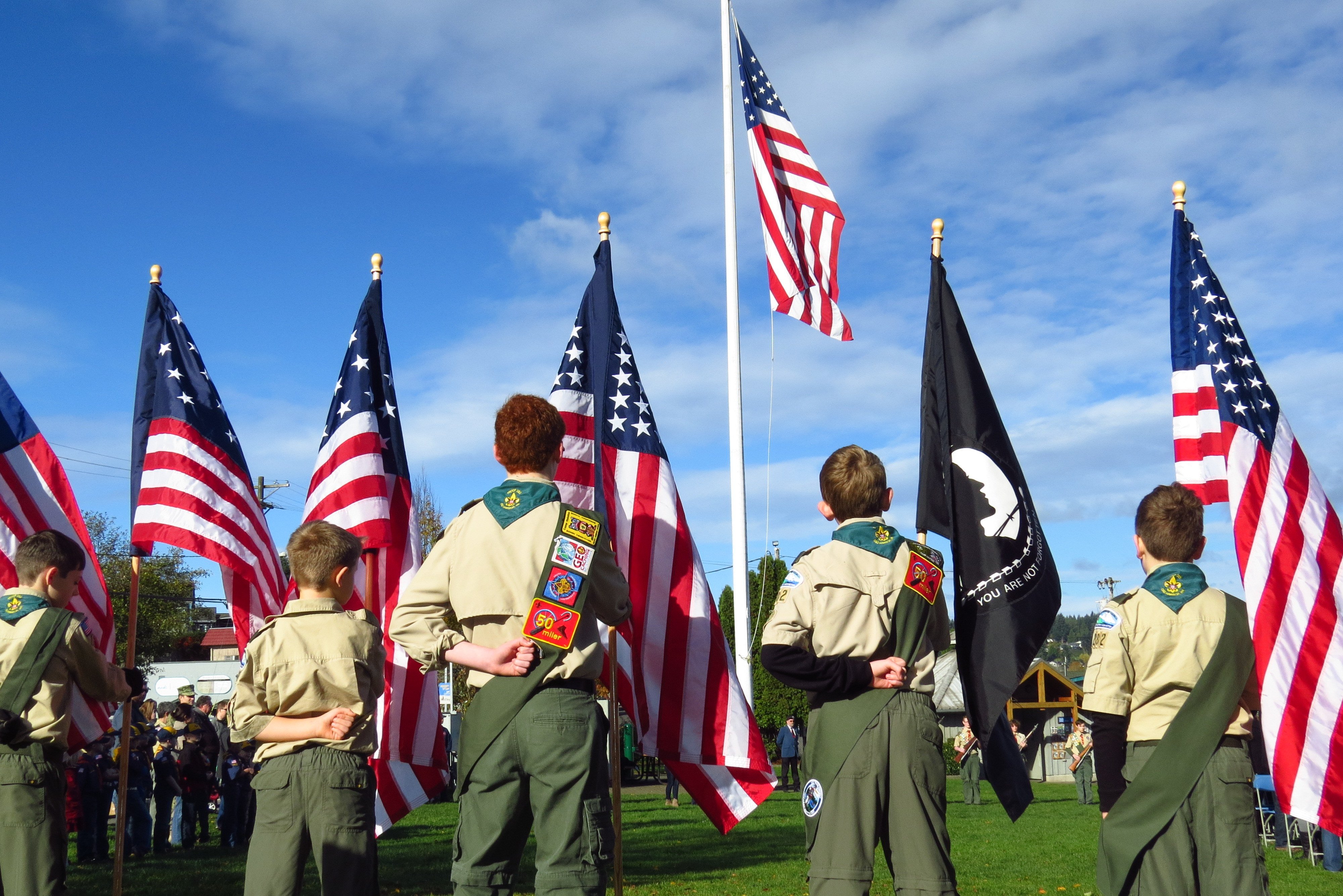 The event included an honor guard by Boy Scouts, speeches by current and former members of the armed forces, a 21-gun salute into Gig Harbor bay by a specially-trained patrol of Troop 282, and a presentation of nine flags of historical significance to the country, including a Betsy Ross flag, a 13-star flag, a P.O.W. flag and the current 50-star flag.

More than a dozen veterans in attendance lined up to introduce themselves and tell briefly about their military service. The Boy Scout troop, led by Scoutmaster Bruce Brown, also performed a flag-retiring ceremony, which included carefully prescribed cutting and burning of a flag too worn to continue representing the country. Troop member Ethan Finch faced the placid harbor and played Taps. 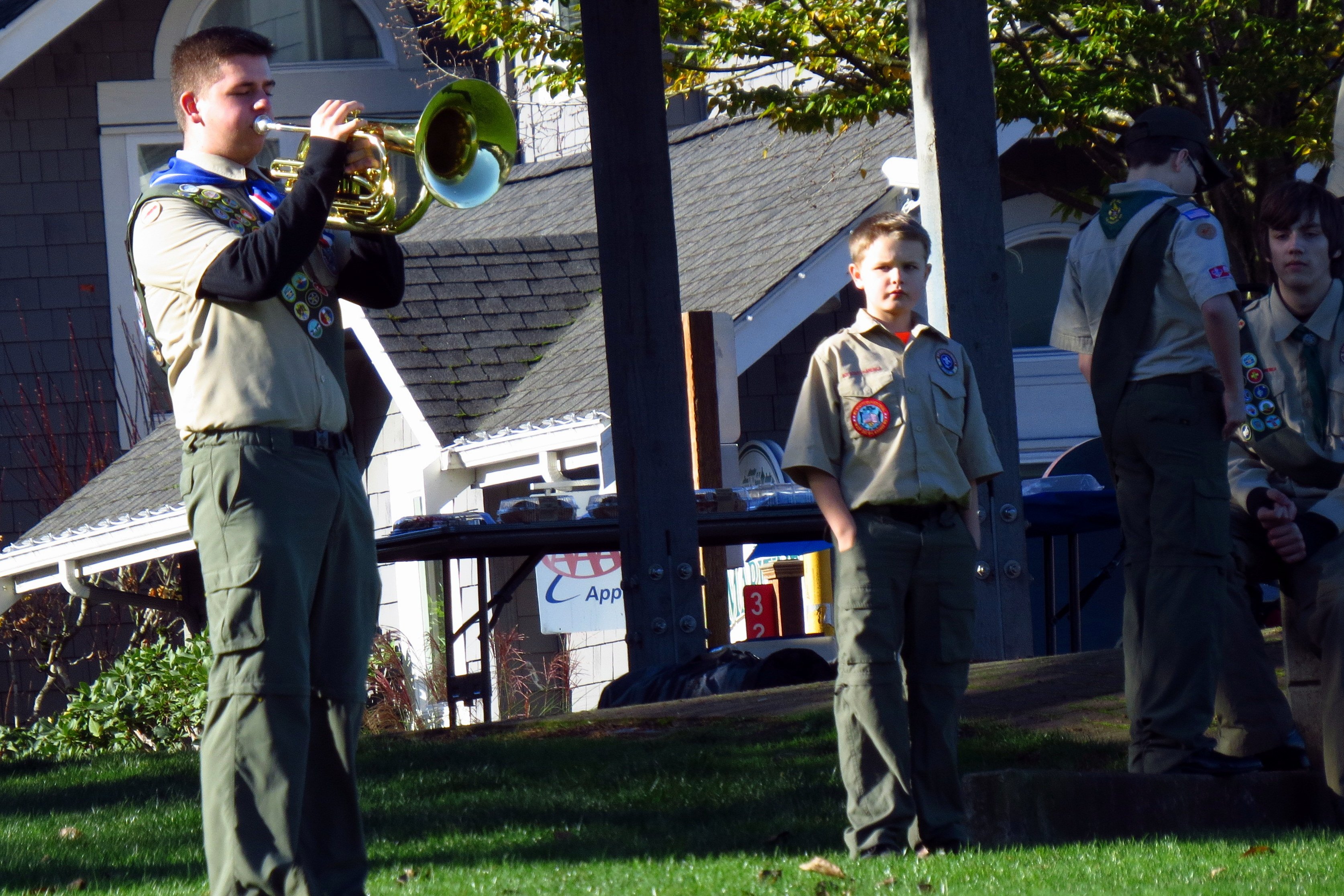 Like Loading...
Posted in Uncategorized
← Have Your Christmas Party @ The ClubNordic Tug #1 at Gig Harbor Marina & Boatyard →