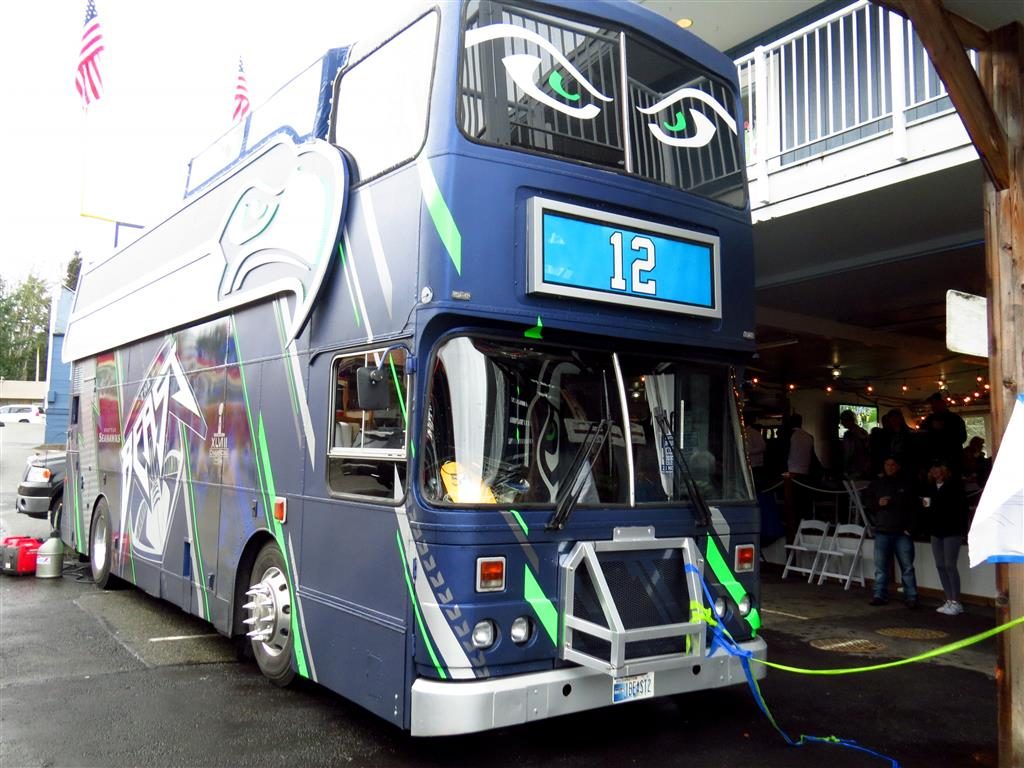 The Seattle Seahawks Beast Bus rolled in next to The Club @ the Boatyard this past Sunday for an exciting game-viewing party on the waterfront.

The Gig Harbor Rotary Club rented the Seahawks party bus and teamed up with The Club at Gig Harbor Marina & Boatyard to throw a viewing party to watch the ‘Hawks play the Green Bay Packers. Unfortunately, the game didn’t go as fans hoped, with a Seattle loss to Green Bay 38 to 10, but Seahawk spirit was still soaring down at the boatyard. 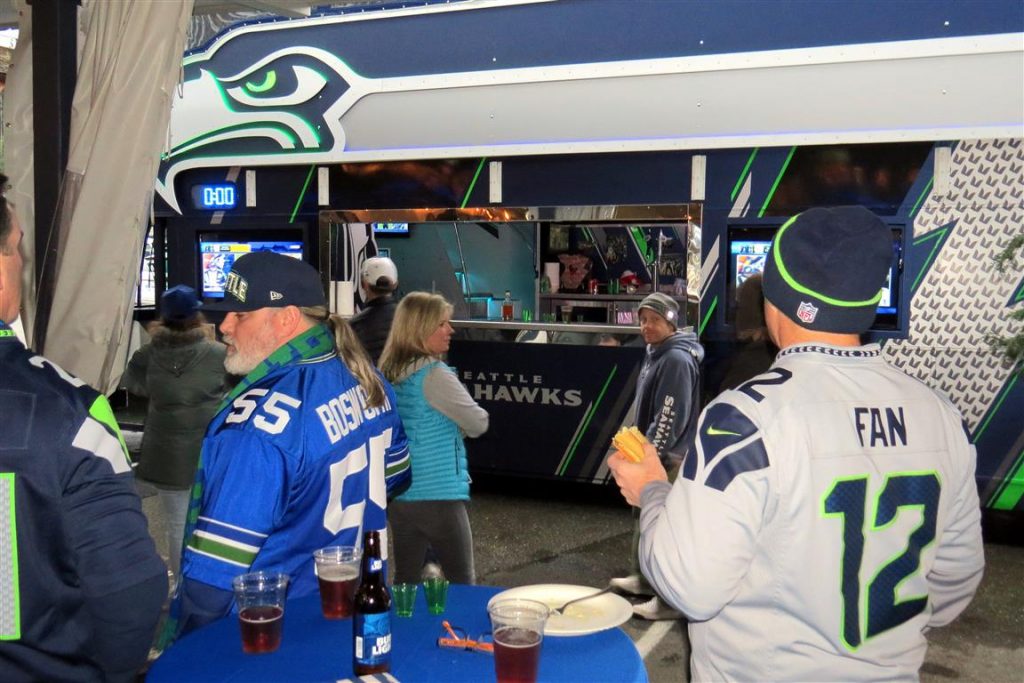 The Rotary’s second annual fund-raising event with the Beast Bus drew more than 125 people to the party at The Club. Fans decked out in green and blue fans enjoyed breakfast burritos and later salads, brats-on-buns and a variety of football-friendly beverages, such as a Bloody Marys, featuring new Ghost Pepper Vodka courtesy of Heritage Distilling Company. 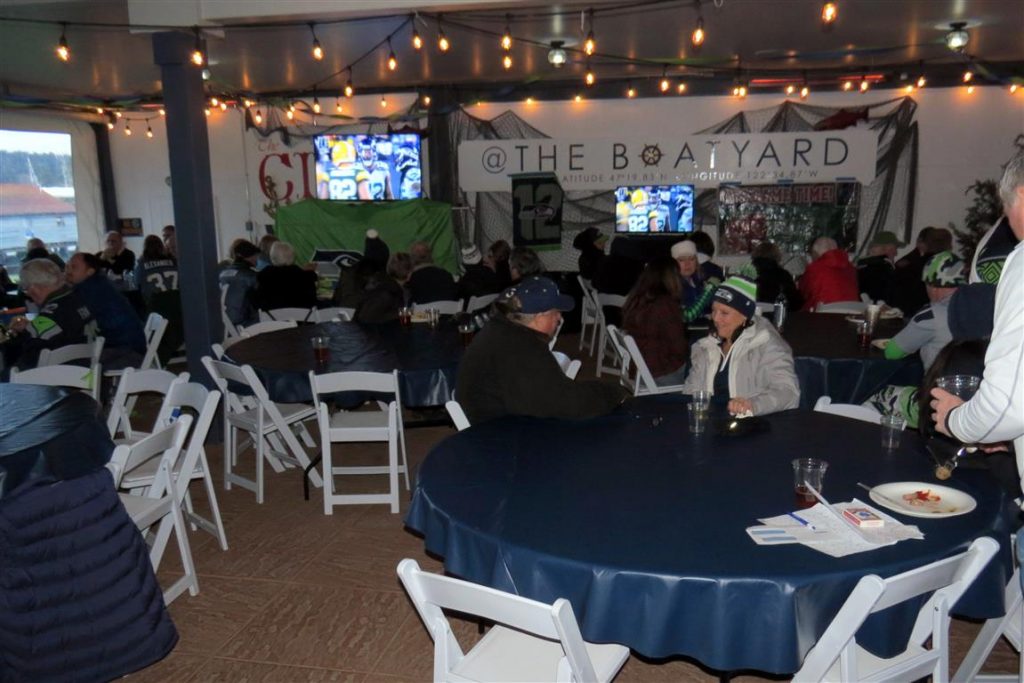 “It was a lot of fun,” said Danielle Taylor, hospitality manager at Gig Harbor Marina & Boatyard and manager of The Club. “We are committed to doing it again next year for the third annual Beast Bus at the boatyard, so that’s very exciting.” 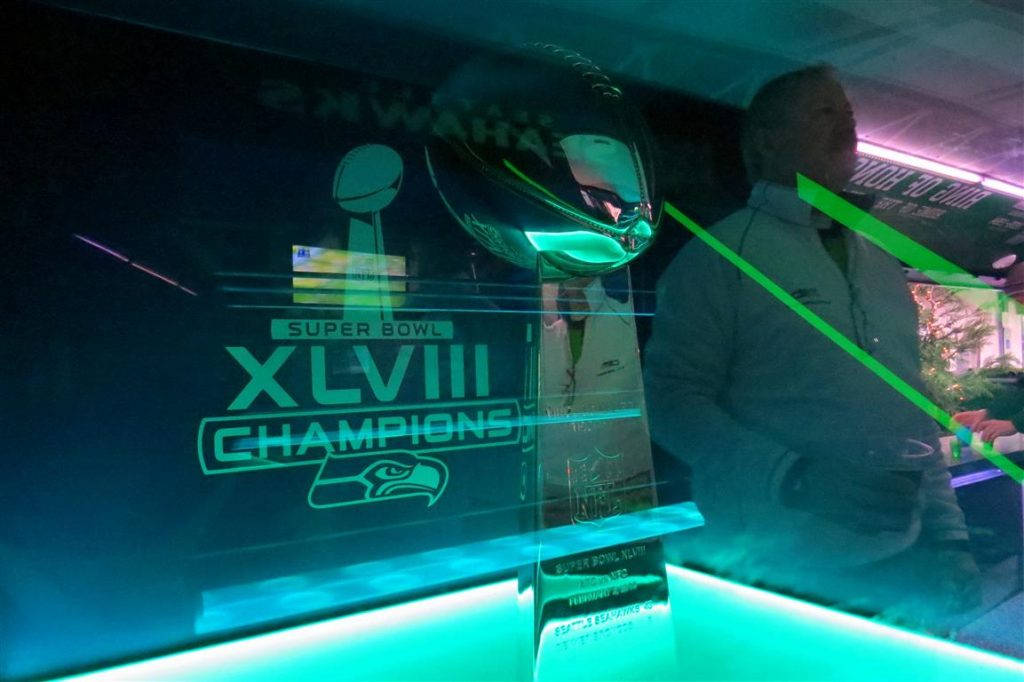 The Seahawks’ Vince Lombardi Trophy from Super Bowl 48 is in a display case on the Beast Bus. Cool lighting illuminates the sterling silver championship trophy — and the reflection of a fan watching the game.

Those in attendance had plenty of flat screens for their viewing enjoyment, including several on the Beast Bus itself. Fans also got to tour the custom double-decker Beast Bus, which features the Seahawks’ sterling silver Vince Lombardi Trophy from Super Bowl 48 in 2014, player posters, autographs and incredible sound system.

“It was a great event and a good time,” said Danielle. 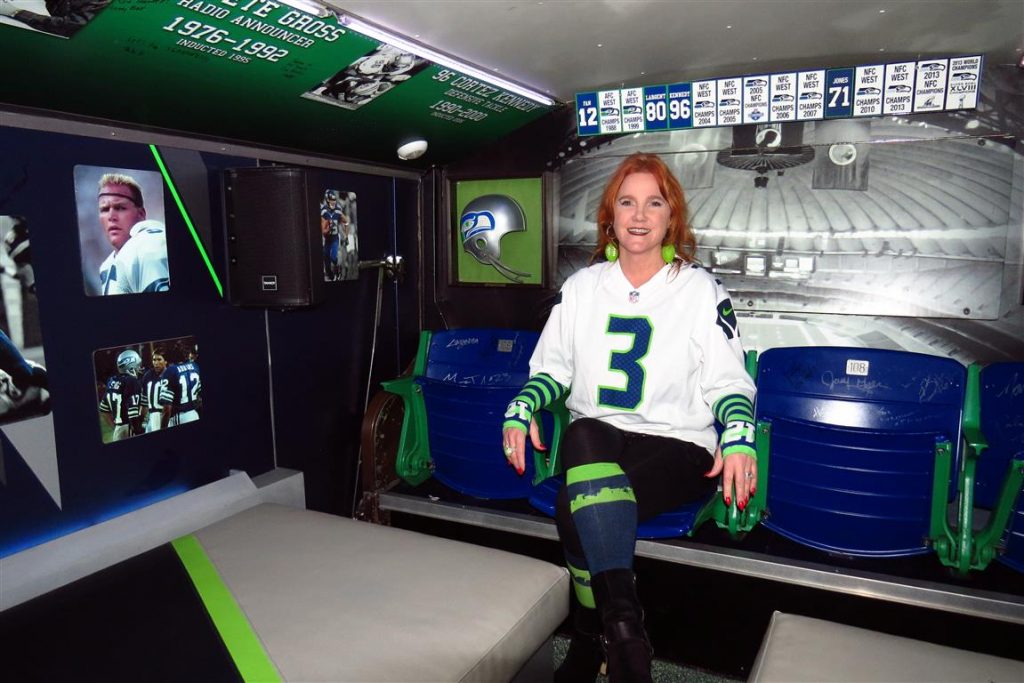 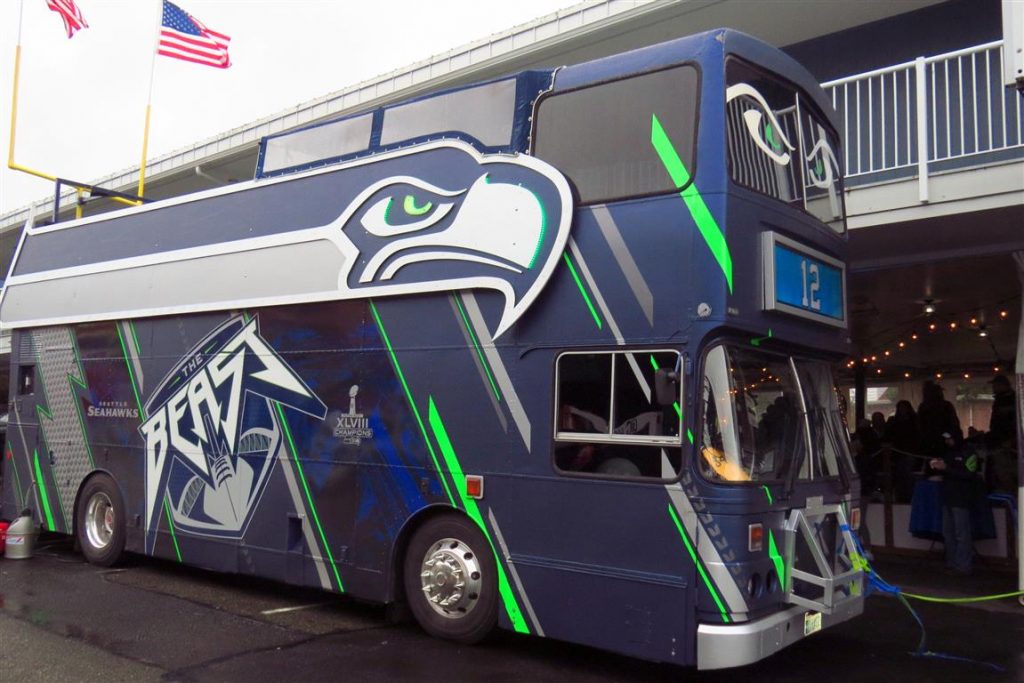 Danielle Taylor, hospitality manager at Gig Harbor Marina & Boatyard, stops for a photo on the Beast Bus outside The Club @ the Boatyard.

A tough loss for the Seahawks, but still a great party @ The Club.