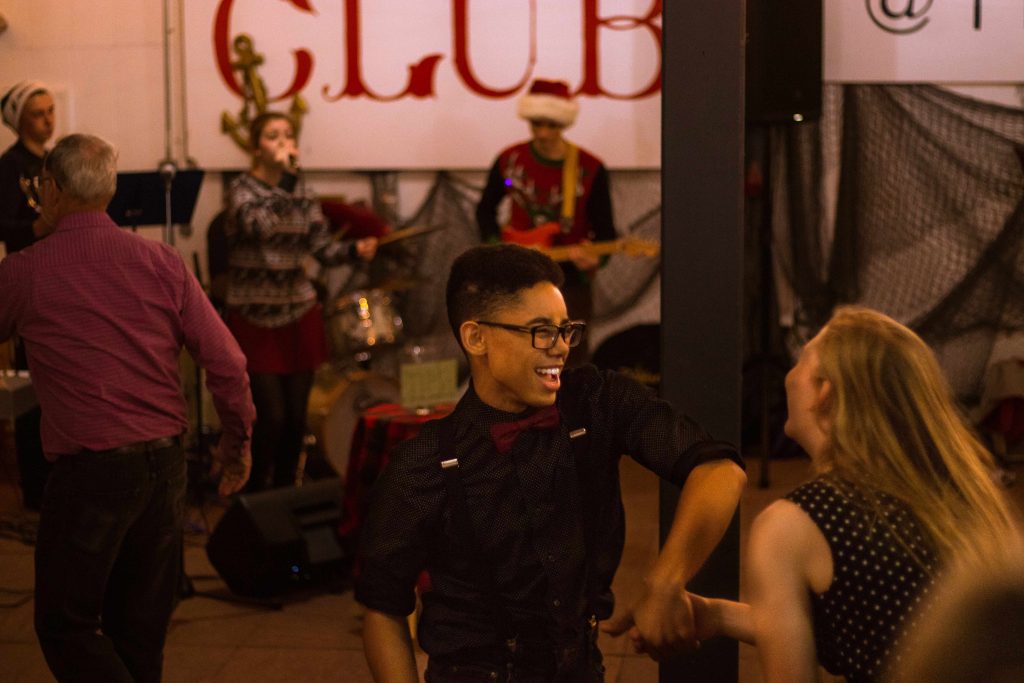 Dancing is in full swing every first Tuesday on the Gig Harbor waterfront and this month’s event at The Club @ the Boatyard was truly the bee’s knees.

Live music was provided by Billy and the Bee’s Knees for the Swing Dance Snow Ball on Dec. 5. It was the second swing dance at The Club and excitement ran high for the event that is already popular for all ages. About 120 dancers, mostly high schoolers but also a few older folks, took to the dance floor for some old-fashioned cutting the rug. 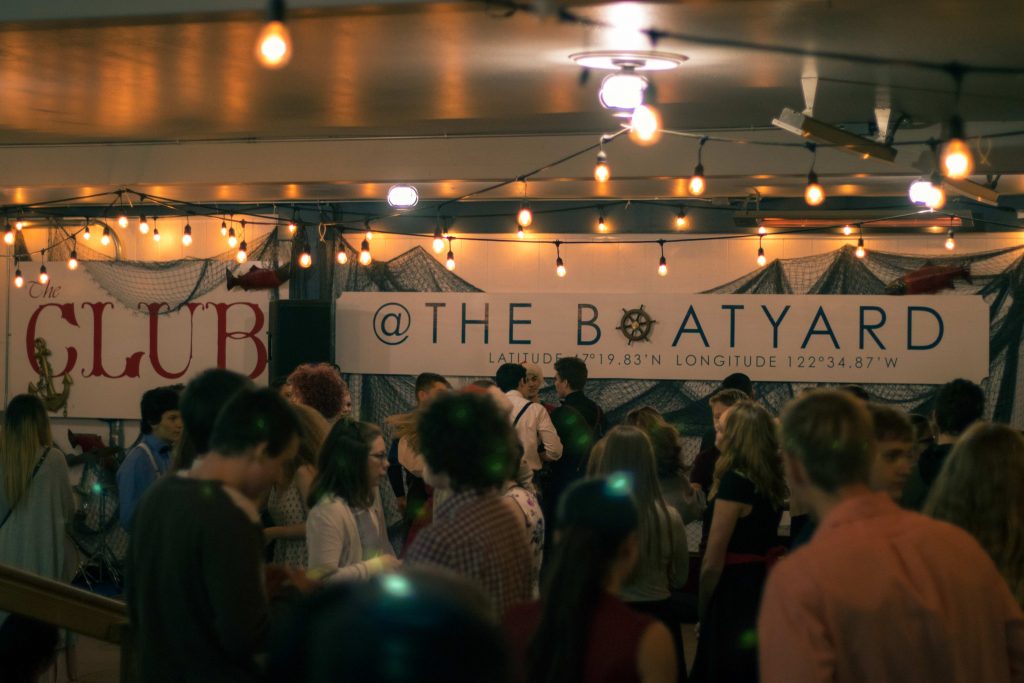 Organizers Liam Collins and Hailey Hodgson gave a quick swing dance lesson at the beginning of the evening and set the tone for diving in giving it a whirl. It was no trouble picking it up, say dancers.

“It’s so easy,” said Willow Miller, a freshman at Peninsula High School who was there in her full skirt and dancing flats. “All you have to do is watch the person next to you and you can learn it.”

Miller and her friend Julia James have attended both swing dances at The Club so far and they love it.

“It is so much fun and people are so nice,” said James, a Gig Harbor High School sophomore. “It’s really good for beginners because they teach you how to do it.” 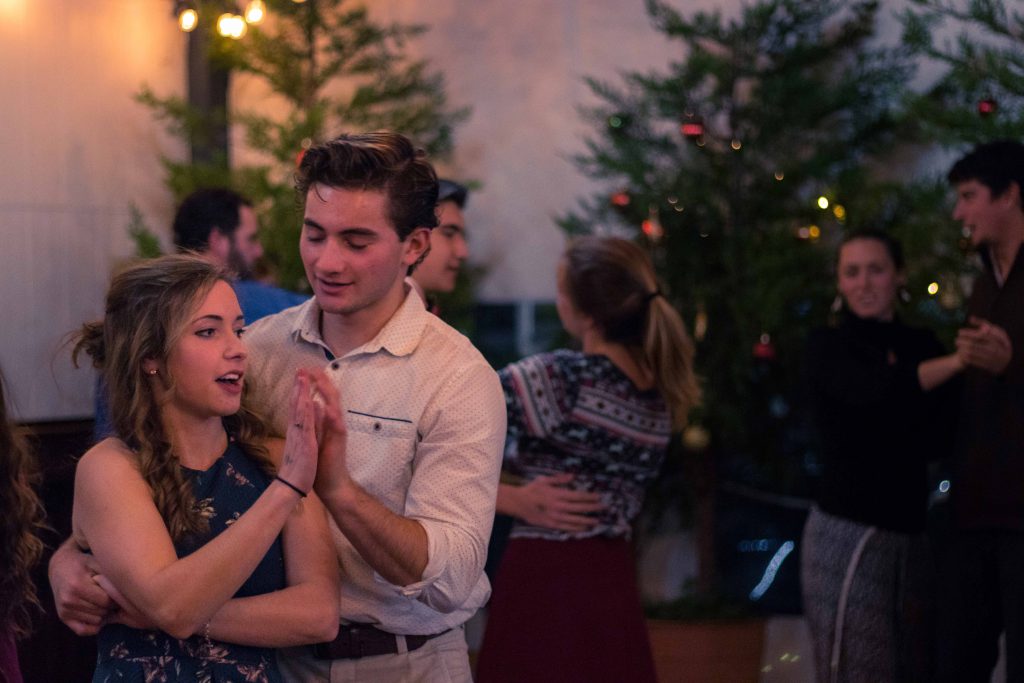 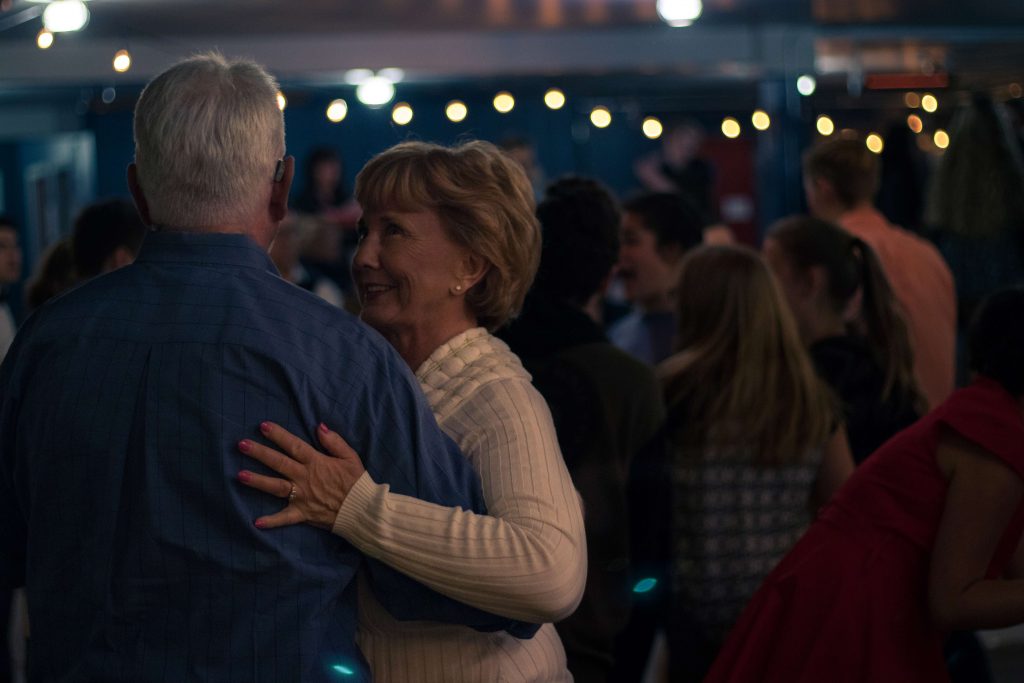 The friends rattled off moves such as “the pretzel” and the various dips, flips and twirls that characterize swing dancing. Then they demonstrated the “sweetheart pose” — one dancer backed into the encircling arms of her partner and the pair rocking back and forth to the beat.

It’s a movement that is enjoying a comeback from its start in the late 1920’s with the Lindy Hop. Swing dancing is again alive and well, say its avid fans at The Club, and it’s easy to see why. 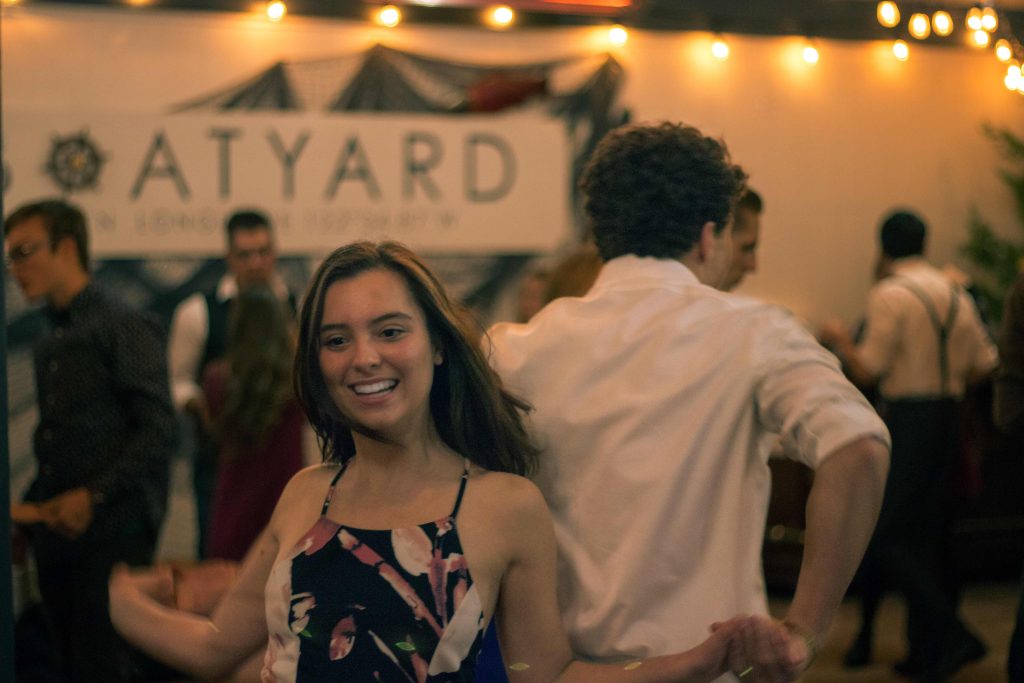 “A lot of swing dancing music is being made in Seattle now,” said Joshua Hemphill, 20. He was at The Club with friend Bergen Breckinridge and they both also attended last month’s swing dance.

“I like it,” said Breckinridge, 17. “I have a lot of friends here and you can meet up and have fun. You can easily just jump in because it’s easy to learn.”

“All you have to do is watch the person next to you and you can learn it.” – swing dancer Willow Miller, Peninsula High School freshman 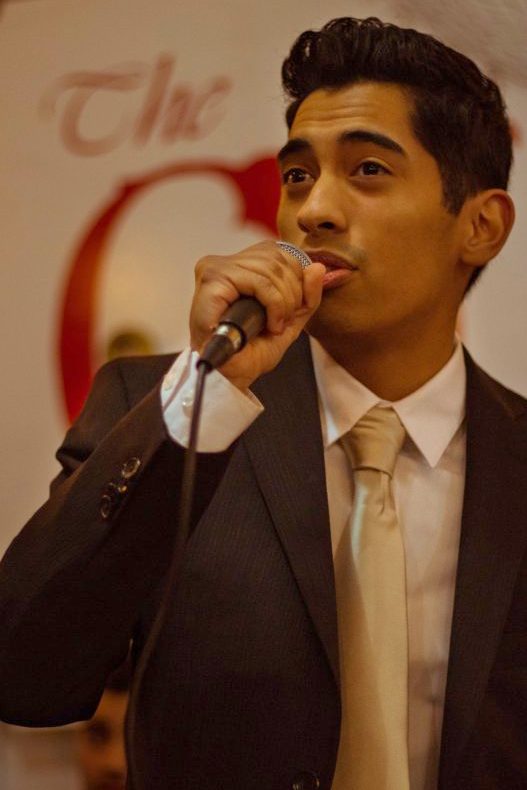 The excitement was contagious with lively front man Billy Delahoussaye at the microphone. The recent Gig Harbor High School graduate is Billy of ‘Billy and the Bee’s Knees’ and he had the crowd hopping and swinging with his easy style.

“He is a natural entertainer,” said dance organizer Liam Collins’ dad, Jon. “He is just a star and his character is bigger than anyone I know.”

The dancers picked up on that and filled the floor at the Swing Dancing Snow Ball. They brought socks for a sock drive for the homeless and enjoyed hot chocolate and festive holiday cookies.

The Trolley @ the Boatyard stayed open until after 7 p.m. with a special Swing Dance menu including fish & chips, cheese quesadillas, peanut butter & jelly and grilled cheese sandwiches, burgers and fries. 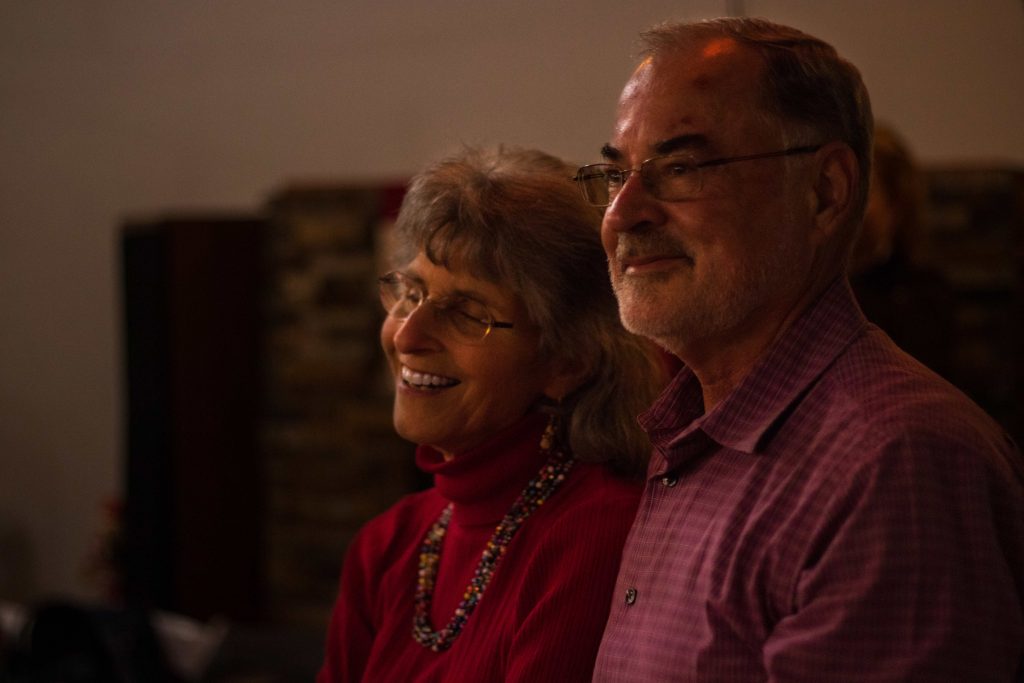 All ages enjoy Swing Dancing @ the Club. (All photos by Chance Busey, assistant marketing director at the boatyard.)
Posted in Blog, Destination Gig Harbor, Events and tagged Gig Harbor Swing Dancing, Swing Dancing @ The Club, The Club @ the Boatyard Swing Dance
← Our Scene is Set for ‘Deck the Harbor’Boatyard Selected as Stop for Sip & Stroll →