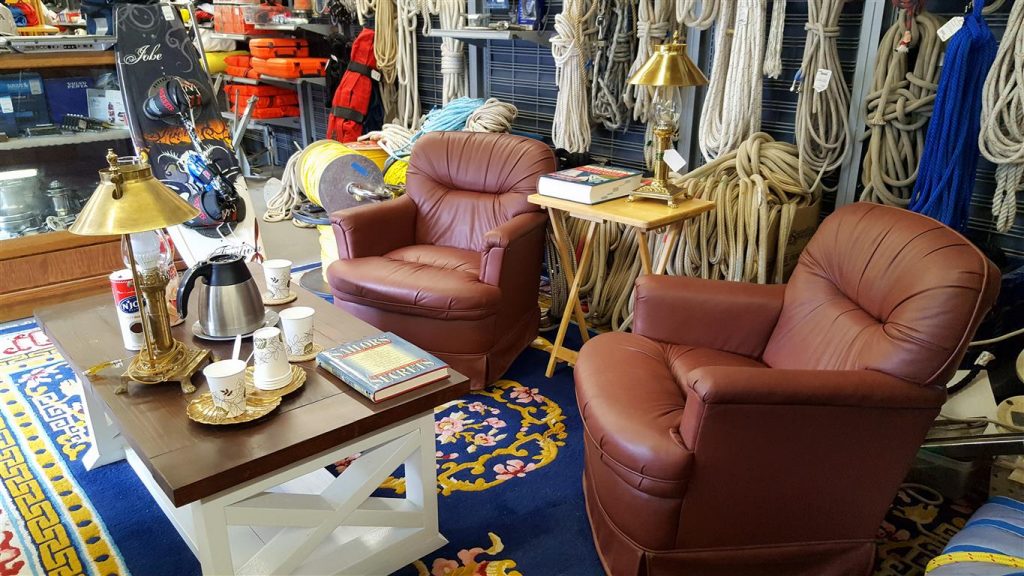 Come for the Coffee, Stay for the Treasure

If you haven’t dropped by Second Wave lately, maybe it’s time to stop in and smell the coffee. The marine repair and consignment store at the bend on Harborview Drive just gets more appealing all the time.

For starters, there’s a nice sitting area close to the front counter where the very friendly Gary Ford and crew man the store and love to share stories about consignment items that have come in. Then there are the comfortable easy chairs that pull you in and invite relaxation and conversation. 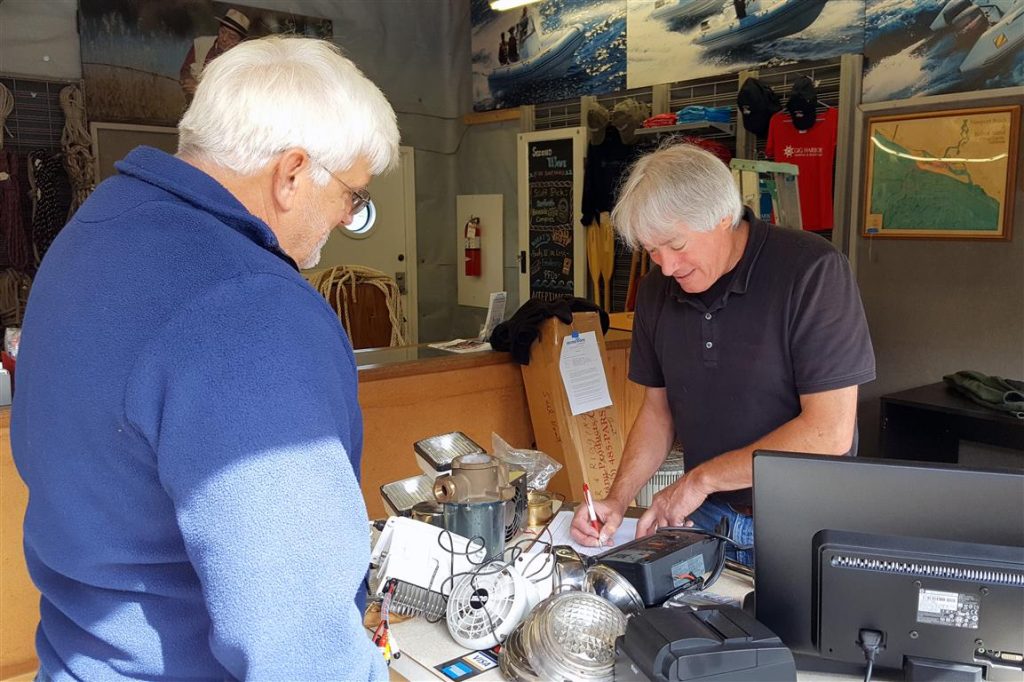 Not only that, the coffee is always on at Second Wave @ the Boatyard Marine Repair and Consignment.

Since the new Second Wave opened in Gig Harbor in June, boaters have enjoyed discovering new-to-them marine treasure, and consignors have found the perfect outlet for their gently used water recreation equipment. 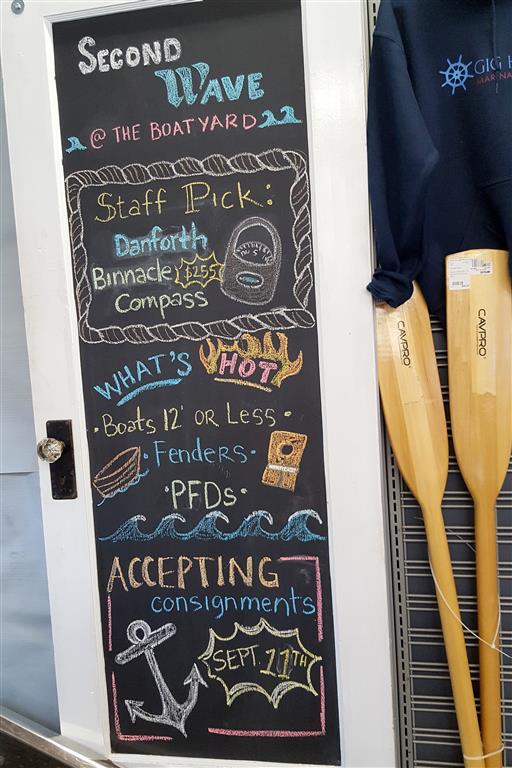 Be sure to check out the chalkboard door for Staff Picks and What’s Hot at Second Wave Marine Repair and Consignment. There’s always something new on the shelves.

Second Wave @ the Boatyard is the reincarnation of the original Second Wave that operated for years in Seattle’s Fremont District. When it closed a few years ago, area boaters were adrift without a place to go for good, used boating equipment — not to mention a place to drop in and swap stories.

But now Second Wave is back and its shelves are full of cleats, anchors, life jackets, boots, all kinds of line, shackles, fenders and everything else a boater could want in the deep blue sea.

The day I stopped by last week, life-long boater Mike Razmek was dropping off a box of treasure for consignment and store Manager Gary Ford was adding it to the inventory.

“This is nothing,” said Razmek of the jumble of stuff piled on the counter. “These are just a couple of things I picked up off the garage floor. I have two sheds completely packed and I’ve come to the place where I just have to get rid of stuff.”

Razmek is the owner of a 52-foot Performance trawler, although “I’m really a sailor at heart,” he says.

How lucky for consignment store shoppers — a new wave of pirate’s booty from both sailing and power boating has just come ashore. Stop by today and dive into the buried treasure waiting at Second Wave @ the Boatyard. 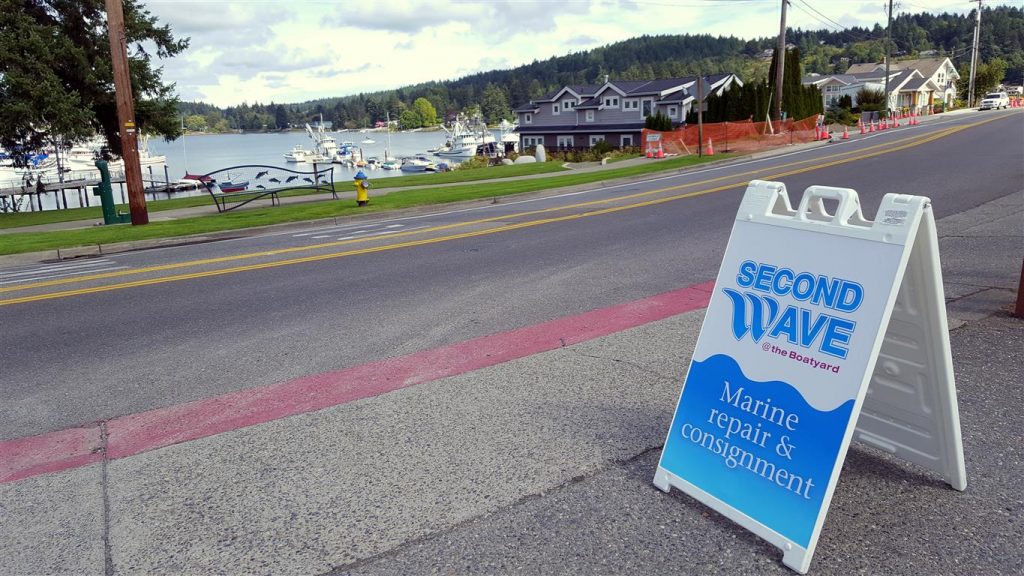 Second Wave @ the Boatyard is located at the bottom of Stinson Avenue on Harborview Drive in Gig Harbor. 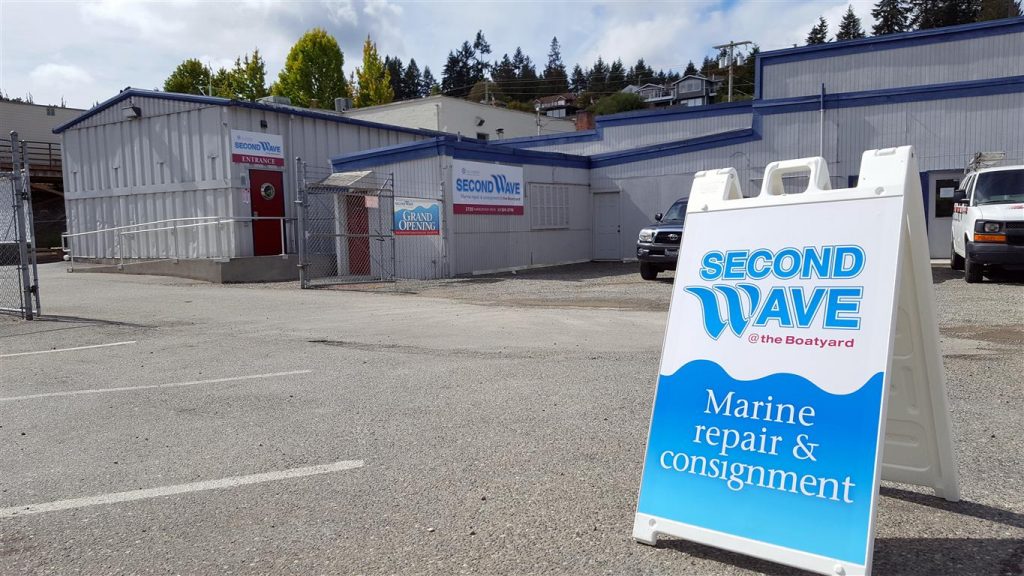