It’s been just over a month since the new Second Wave opened in Gig Harbor, and there’s been a tsunami of interest in the marine consignment store ever since, say managers.

Second Wave @ the Boatyard, the reincarnation of the original Second Wave that operated for years in Seattle’s Fremont District, opened its doors this summer on June 15 and area boaters have been flooding in, eager to consign their excess boating stuff. 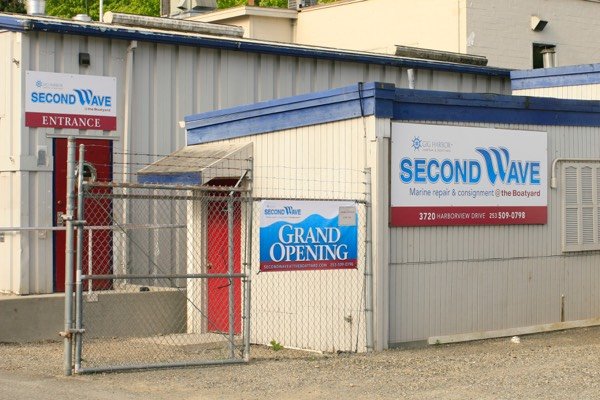 “We’ve got a lot of product on the shelves with more coming in all the time,” said Gary Ford, manager of Second Wave @ the Boatyard Marine Repair and Consignment. “The excitement level of customers coming in is unbelievable.”

That excitement is keeping the store’s staff busy and it’s all hands on deck to handle intake and inventory of new product brought in for consignment.

I stopped by the store, located on the Gig Harbor waterfront at 3720 Harborview Drive, last week to see what was new and talk to the sales crew. It was a good time to start getting to know the people who are working so hard to bring us the new Second Wave. 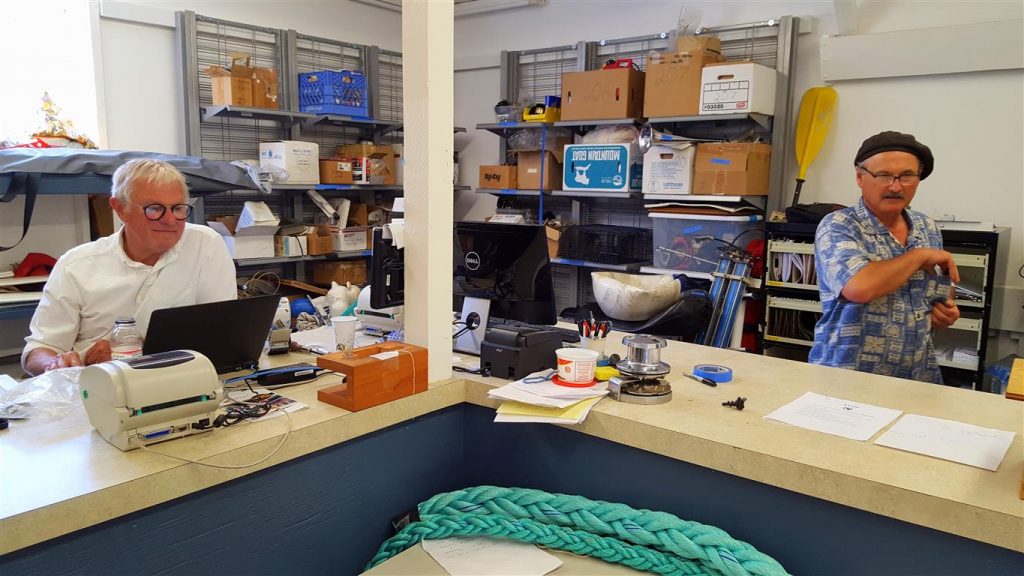 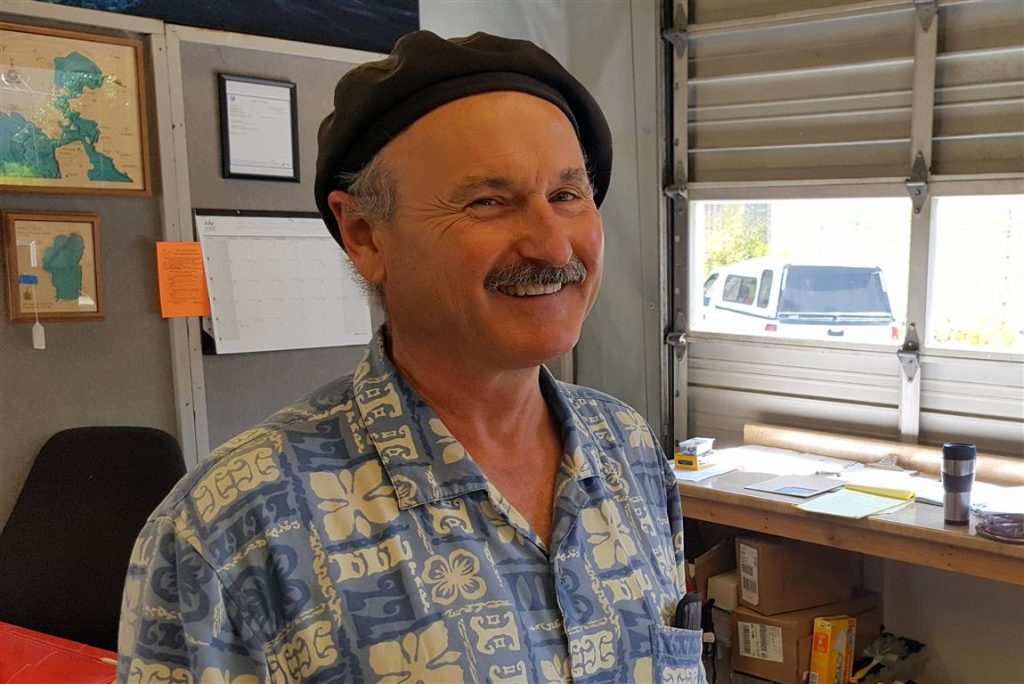 Gig Harbor resident Brian Johnson comes to Second Wave with years of experience as a shipwright in Tacoma, working mainly with commercial fishing boats. He built boats for many years and is now semi-retired.

“I saw Second Wave advertised and I thought it looked interesting,” he said.

Johnson has been a boater since he can remember, a passion that only increased after moving to the Puget Sound area from Arizona as a young man. He keeps quite a fleet on hand, including two kayaks, a rowboat, two skiffs and a 25-foot sailboat — but there’s still room for more, he says.

Come for the marine equipment and stay for the personalities that make up Second Wave. After all, there is a seating area and a coffee pot and so much cool stuff to check out. 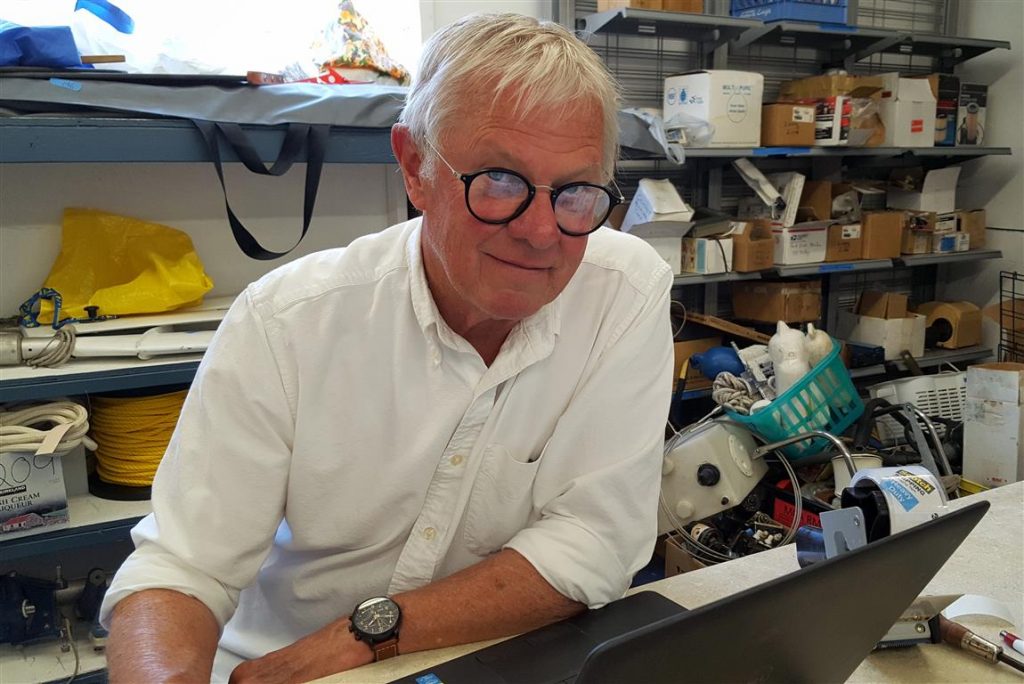 Paul Diederich of Gig Harbor is enjoying his own semi-retirement while working at Second Wave @ the Boatyard.

Diederich has lived in Gig Harbor for two years after retiring and relocating from Enumclaw. He moved to Washington state from Los Angeles 22 years ago and has been a boater since the mid-90’s.

He remembers the original Second Wave on Greenwood Avenue in Seattle and was happy to hear about the store re-opening in Gig Harbor. He heard about it from yacht broker Mark Lindeman, senior advisor and former yard manager at Gig Harbor Marina & Boatyard, who helped Diederich find his new boat, a 4588 Bayliner Pilothouse.

Diederich enjoys the intake and inventorying process at Second Wave. He carefully researches comparable items online for consignment pricing. His part-time schedule at the store is a perfect fit for cruising time in his new boat.

“We’ve already been up to the San Juans for one week and will be going back for two weeks pretty soon,” he said. 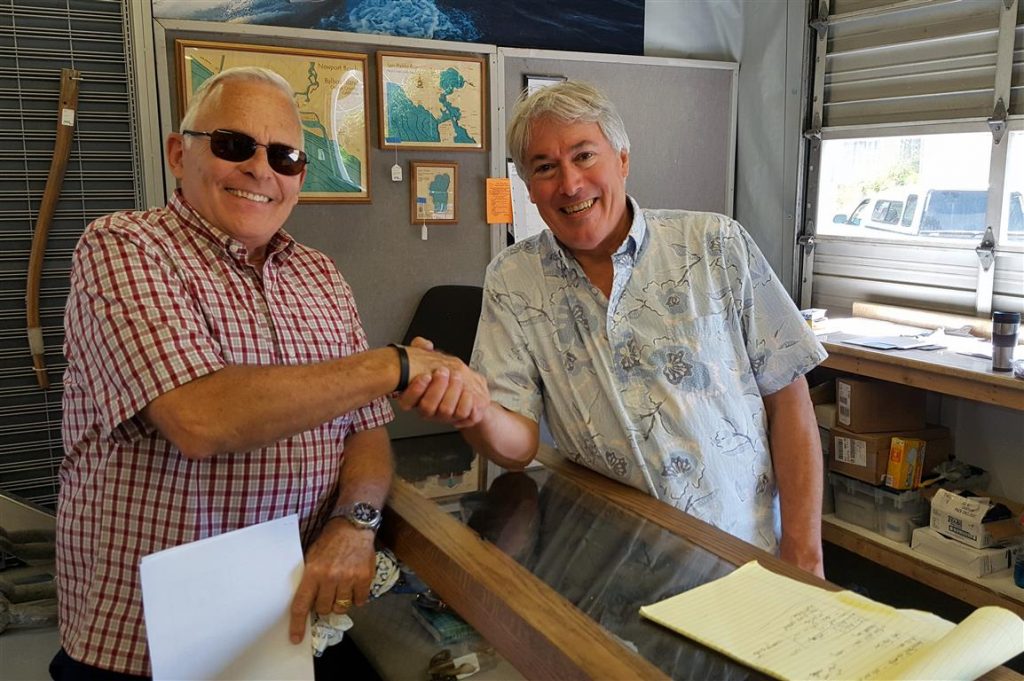 Store Manager Gary Ford comes to the helm of Second Wave with several years of experience in store management. He worked for West Marine for seven years and managed the Gig Harbor and Fife stores.

An avid skier, former ski patrolman and self-avowed “ski-aholic,” Ford also has a passion for boating. The north Tacoma resident has boated his whole life and owns a Ranger 33 sailboat named Abby Normal.

“I have been a boater since a very young age and I even built my own boat at 12 years old,” he said. “It was a six-foot sailboat, all wood. I launched it at Lake Sammamish and it immediately sank.”

“People walk into the store and it’s familiar. They are happy to see it back.” – Store Manager Ford

Ford originally worked in the electrical and electronics industry as a rep before turning to the boating world. He, too, heard about Second Wave reopening in Gig Harbor through Lindeman — “he knows everybody,” says Ford.

“Mark Lindeman let me know what was going on with Second Wave,” said Ford. “I was busy at that time, but then I ran into Hartwell (Champagne, yard manager at Gig Harbor Marina & Boatyard). We started talking and one thing led to another.” 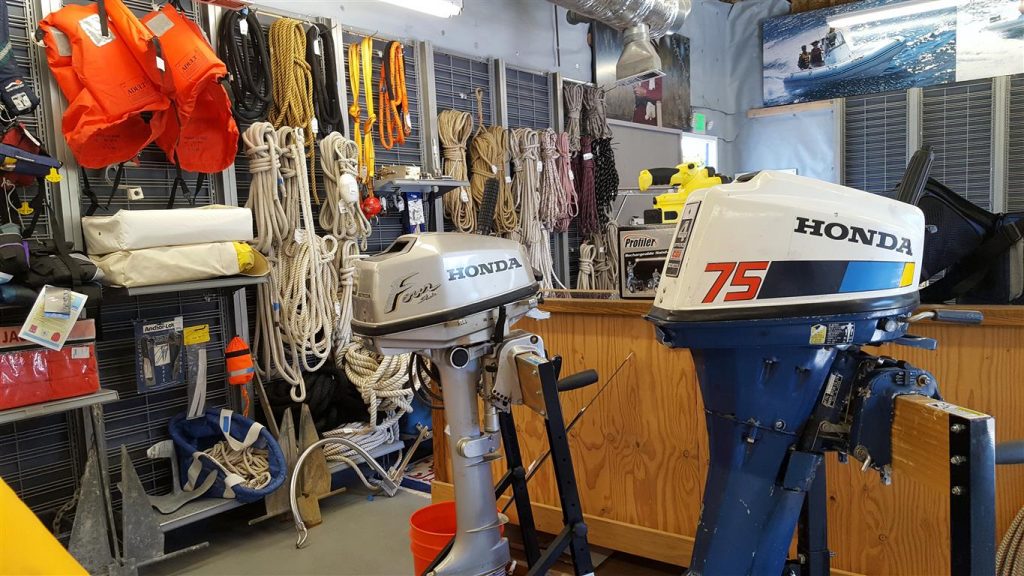 Second Wave has a boatload of gently used, and even new, marine consignment items.

So Ford came on board at Second Wave and dove into the challenge of putting the store together. Word traveled fast that the popular consignment store was reopening and Ford and crew were soon fielding many inquiries a day about when they’d be ready to take in items.

“The coconut telegraph in Gig Harbor lit up and the news started spreading like crazy,” said Ford. “Now we’re getting more and more traffic and customers tell us ‘thank you.’ Second Wave was always the place to go and marine consignment stores are closing all over and. We’re a new start-up with name recognition and people walk into the store and it’s familiar. They are happy to see it back.”

Ford has surrounded himself with a seaworthy crew to steer the new Second Wave @ the Boatyard. We’ll meet the other team members in upcoming blogs. Read more here.