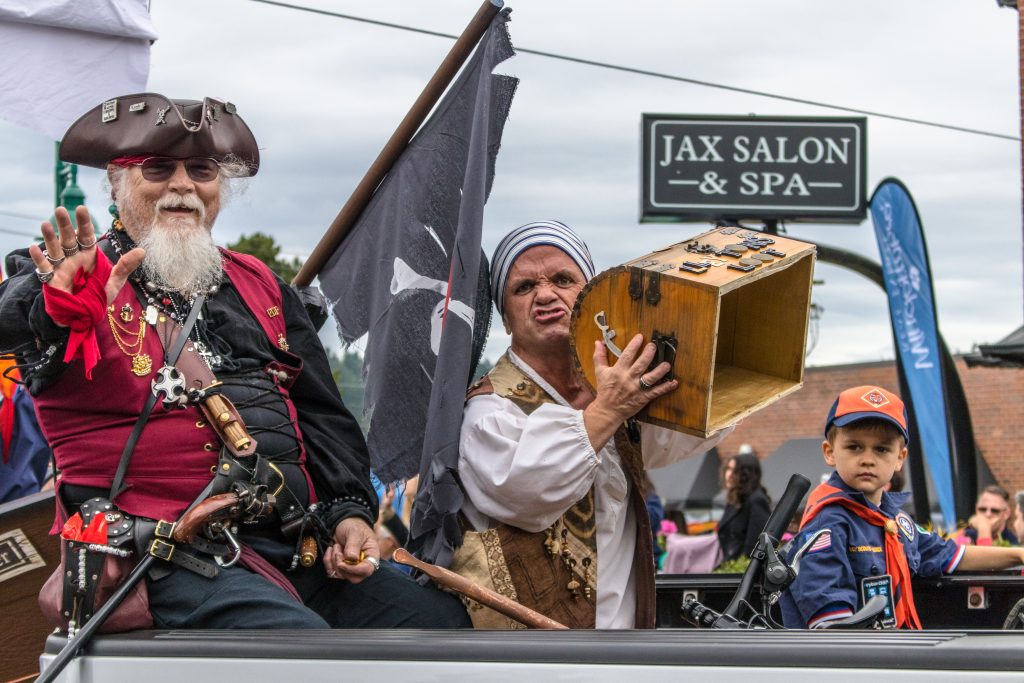 The Maritime Gig Festival and Blessing of the Fleet drew large crowds to downtown Gig Harbor this weekend. 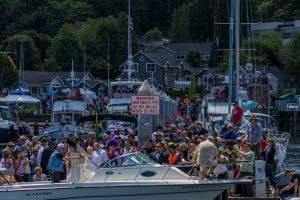 Many flocked the dock to catch a glimpse of the Blessing of the Fleet ceremony on Jerisich Dock in downtown Gig Harbor.

Many people brought many cameras, ranging from smartphones to high end DSLRs, were present to capture the events that unfolded.

The Gig Harbor Marina & Boatyard’s marketing team was no exception to these, as there were many photos taken and uploaded to their various social media accounts.

On Saturday alone, there were 358 photos uploaded to an album made specifically for the Maritime Gig Festival.

Sunday saw more action on facebook, as the Blessing of the Fleet was captured on video and in photos. 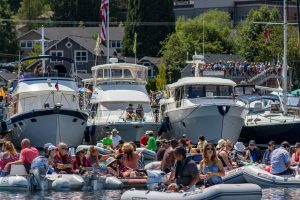 People who had dinghies decided to skip the crowds on the docks and make a raft with a good view of Gig Harbor’s fishing fleet.

The Marina’s twitter page also saw some activity with some photos of the events prior to the parade.

Some of the staff’s favorite photos of the parade were posted on the Marina’s Instagram page, as well as a nice picture of “Our Lady of the Harbor” in front of the Gig Harbor Marina & Boatyard.

We hope you had fun next door at the newly renovated Skansie Brothers Park this weekend, and we hope to see you this summer! 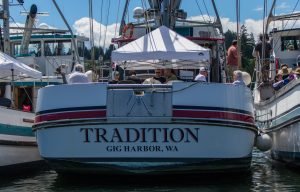