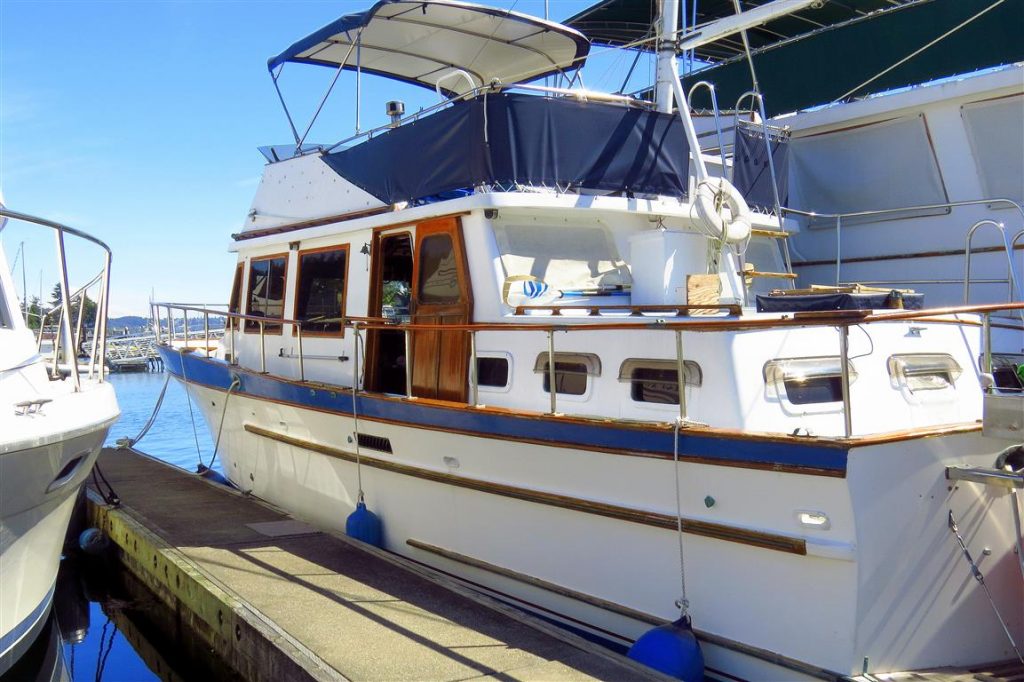 The trawler was a “noodle factory” of wiring disarray when she came to Gig Harbor Marina & Boatyard. But this week the 42-foot yacht leaves the boatyard in electrical elegance.

“It’s a noodle factory,” said Service Manager Chris Hawke when the CHB Trawler came to the boatyard for a wiring upgrade a few months ago. “There are lots of dead-end wires that go up to the fly bridge and half the battle is sorting out what needs to come out.”

Yacht Technician Lance McDonough won the sorting battle and skillfully made shipshape order out of the 1979 trawler’s wiring chaos. “Before and After” photos show the remarkable transformation. 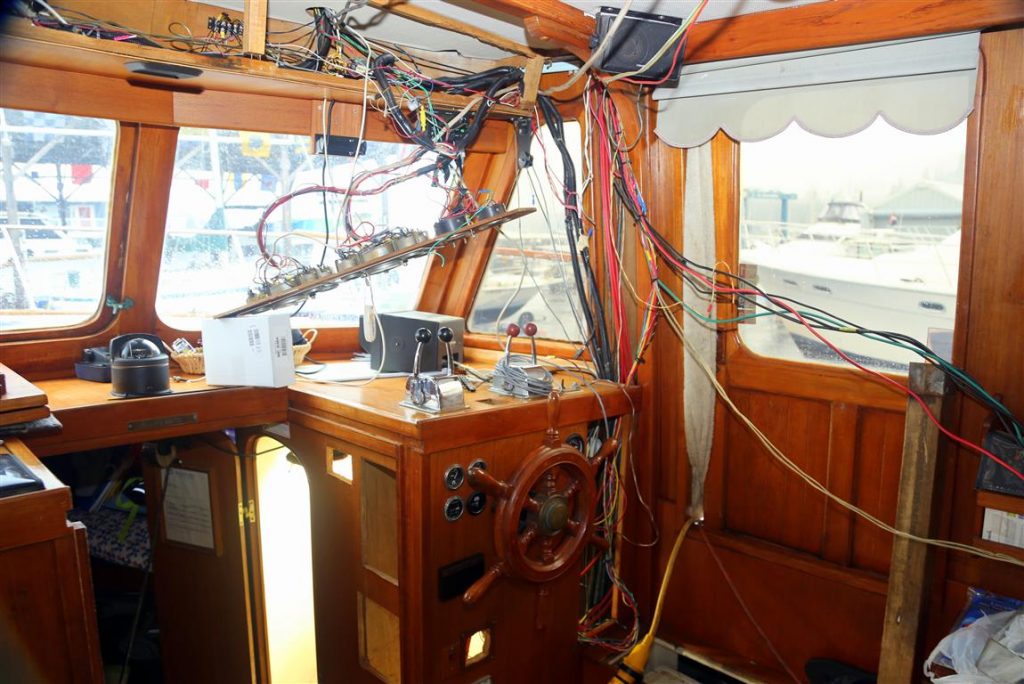 Tangles of old wiring draped across the cabin like colorful spaghetti drying in a noodle factory. Technician McDonough sorted out the unruly red, white, yellow, black and blue wiring on the Taiwanese Trawler that had recently been purchased by the Steinmans, new owners from Kingston, WA. 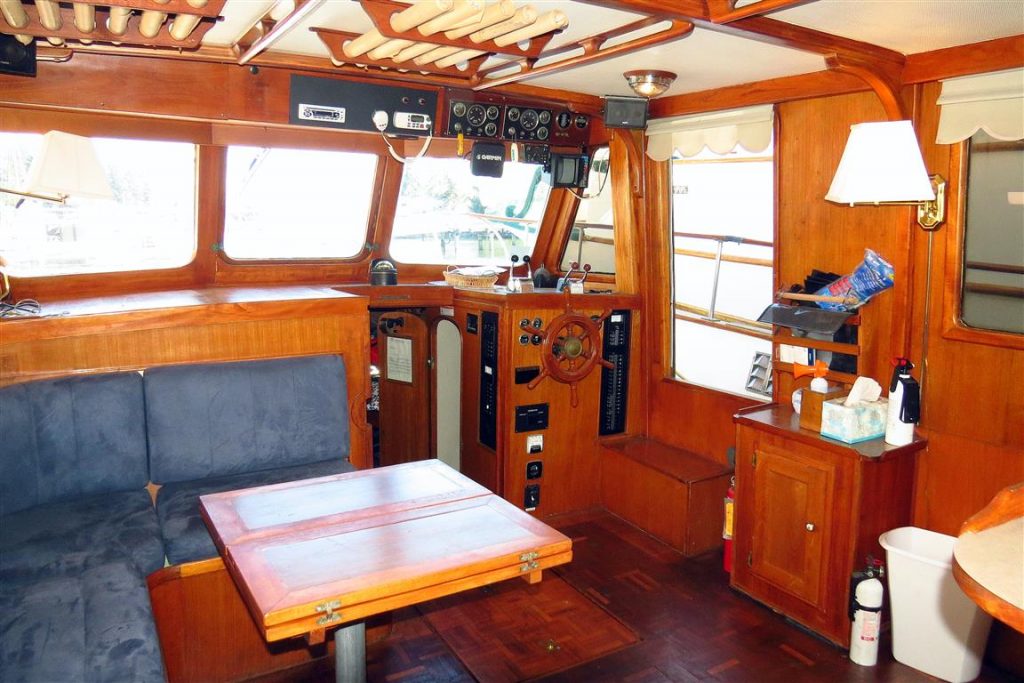 Now it is clean, orderly elegance behind the panels after Lance’s skillful rewiring, and the Steinmans are out enjoying their upgraded trawler in the South Sound.

It was quite a journey to get her to this point, as the trawler had a multitude of wiring issues that made the electrical system unsafe, said Hawke when the boat came to the yard.

Gig Harbor Marina & Boatyard Manager Mark Lindeman agreed that it was time to get the trawler’s wiring in order.

“After nearly 40 years and a number of do-it-yourself owners it was time for this classic old trawler to get a major wiring upgrade,” said Lindeman in an earlier blog. “All of the primary and secondary AC and DC circuits are either being replaced or cleaned up.” 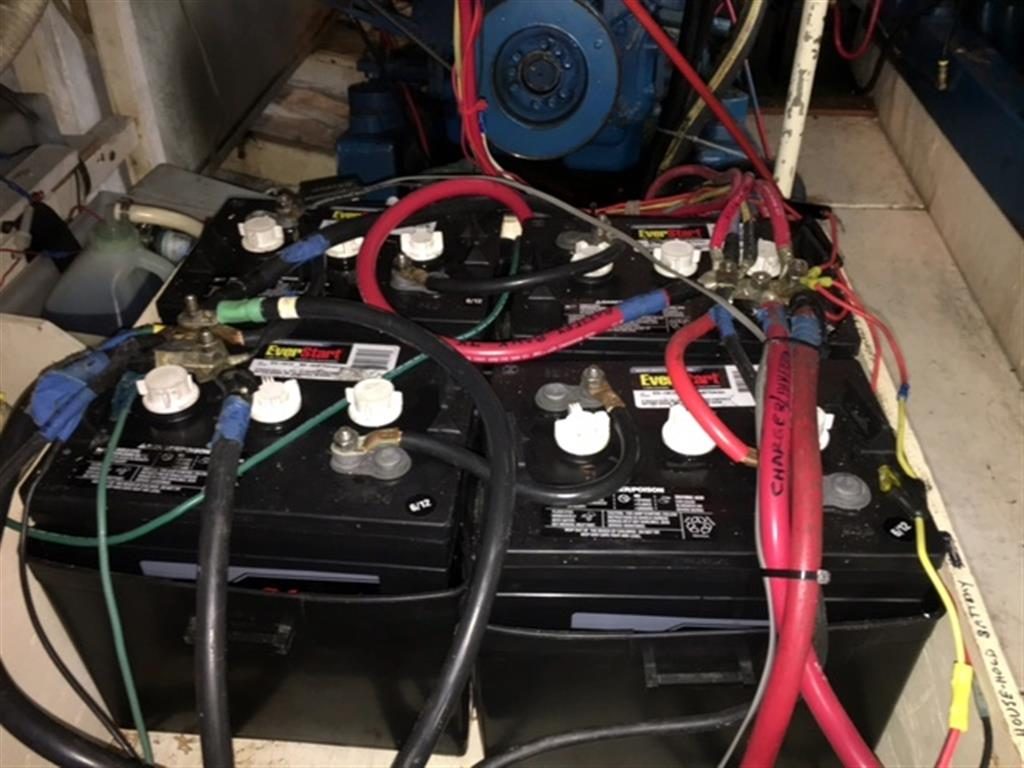 The trawler’s old battery bank was a tangle of unfused connections hooked directly to the batteries.

McDonough had his work cut out for him. He rewired the AC and DC panels, as well as the entire DC system. First, he gutted all the electrical panels. Then he removed the old battery bank with its tangle of about 27 spaghetti-like connections and built sturdy shelves for the new batteries to sit on.

“The start batteries weren’t secured,” Hawke said, going through the menu of electrical service ordered. “They had at least six connections coming off each end and you don’t want more than a couple off each battery.” 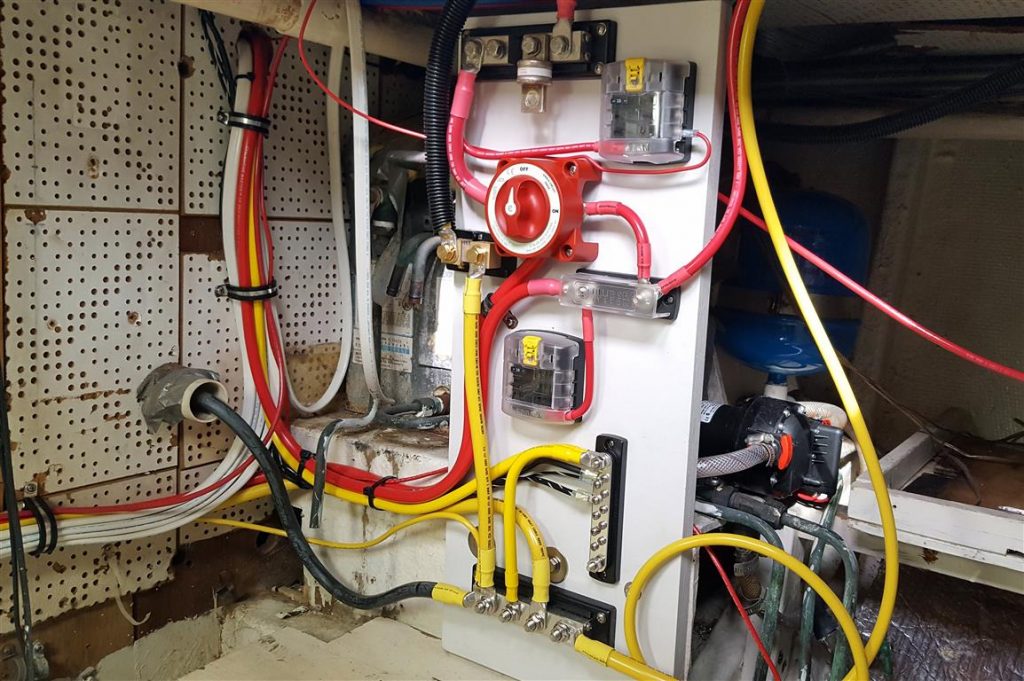 “Note the clean mounting of the components and tidy wiring,” Lindeman pointed out in a March 6 blog, Wiring Upgrade Sparks New Life in Trawler. “All new work is to ABYC standards for sizing, type and color coding.”

“Whatever your boat needs we have the talent to do the job right at Gig Harbor Marina & Boatyard.” – Boatyard Manager Mark Lindeman 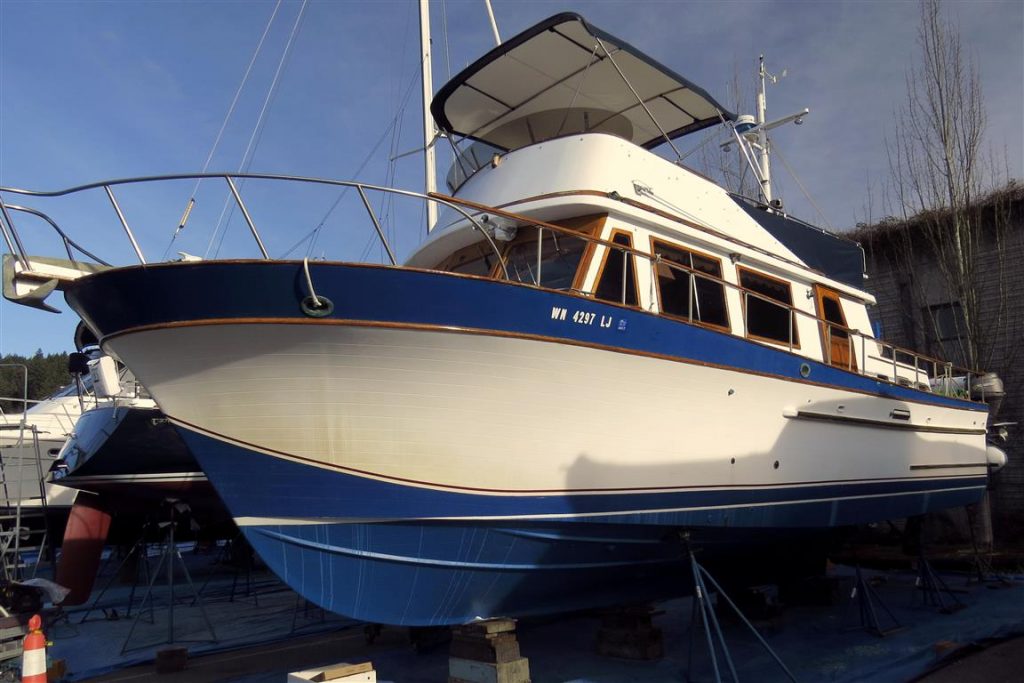