Have you tried the Cuban-Braised Pork Sandwich with balsamic onions and cilantro aioli yet? Or how about the Dungeness Crab & Shrimp Roll with cole slaw, or the Blackened Salmon Caesar Salad with tomatoes and avocado?

These are just some of the mouth-watering menu items at The Trolley @ the Boatyard — and they’re all perfect paired with a cold beverage at Gig Harbor Brewing Co.’s Harbor Taproom. Maybe a Giggly Blonde American blonde ale or a Sturdy Gertie double IPA, perhaps?

Dinner is served for a customer at The Trolley @ the Boatyard.

The Taproom is just steps away from the food trolley at Gig Harbor Marina & Boatyard and it welcomes food you bring in to enjoy with a brew. Or wine. The Harbor Taproom also serves red and white wine and fruity-and-refreshing hard ciders along with its fantastic assortment of hand-crafted beer. The menu has many seasonal and specialty brews on tap so be sure to stop by frequently to try them all.

Make The Trolley and the Taproom your first stops before heading over to the park for Tuesday evening Summer Sounds at Skansie concerts. It doesn’t get any easier than that with the park just steps away. In fact, you can even enjoy the live music from the comfort of the tasting room’s outside deck seating next to the park.

I put together my Summer Sounds Trolley & Taproom pairing just last night for the Ruthie Craft concert. I picked up the amazing — and yes to mouth-watering — Cuban-Braised Pork Sandwich with fries at the Trolley and took it to the Taproom, where I chose a refreshing berry cider to go with it. Just perfect. 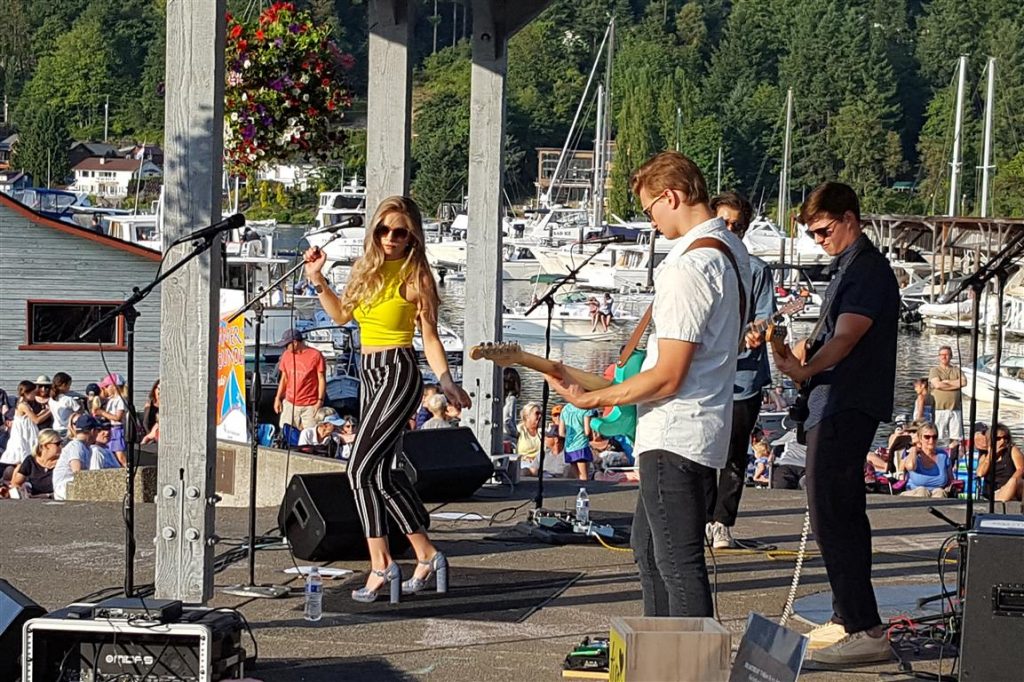 The soulful voice of Gig Harbor native Ruthie Craft entertained the crowd at the Summer Sounds at Skansie concert on July 30.

There is still plenty of summer ahead for more perfect pairings at The Trolley and the Taproom, so come on down to the waterfront.

Pair The Trolley & Taproom the Next Time You’re Downtown