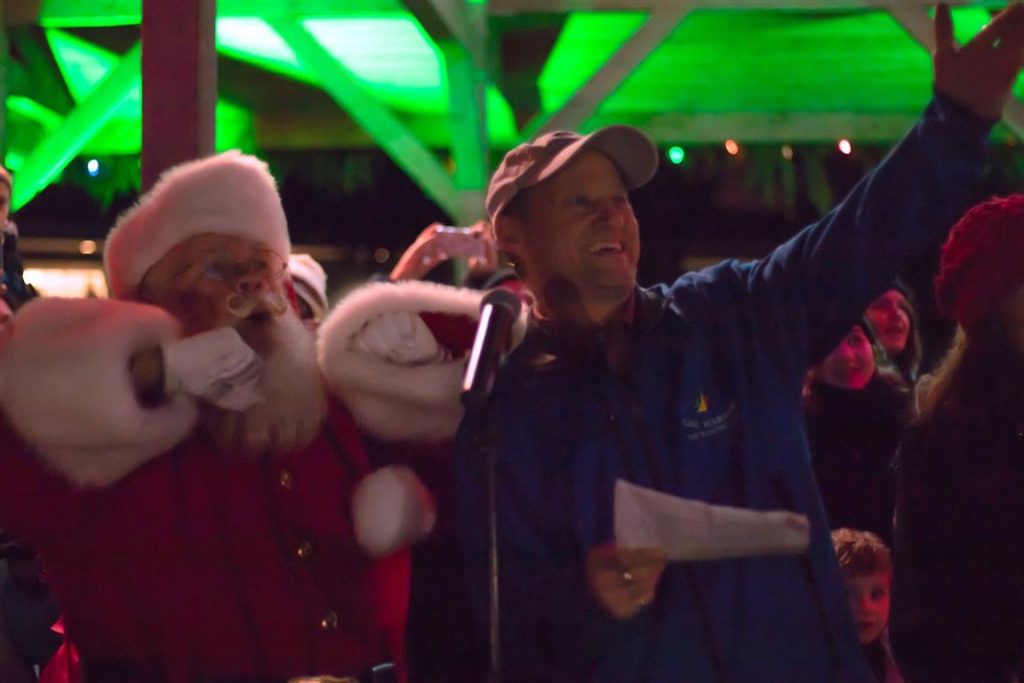 Gig Harbor sparkled with holiday cheer on Saturday night as Santa Claus came to town and helped light the Christmas tree on the downtown waterfront. 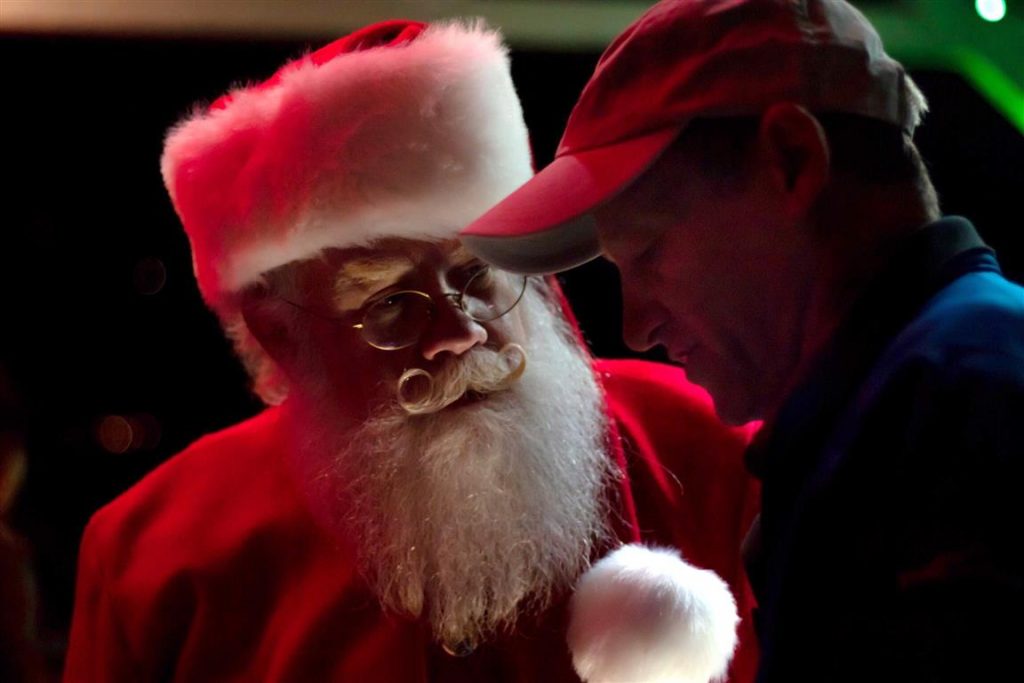 Santa and Gig Harbor Mayor Kit Kuhn conspire about lighting the Christmas tree in Skansie Brothers Park on Dec. 1. Or maybe the mayor is sharing his holiday wish list with the jolly old elf.

Santa and Gig Harbor Mayor Kit Kuhn, seen in the two photos above, were on hand in Skansie Brothers Park on Dec. 1 for the annual festivities heralding the start of the holiday season. The crowd was warmed by caroling, cocoa and cookies, and even got to see a reindeer — in the form of the Tacoma Rainiers’  visiting mascot, Rhubarb the Reindeer. 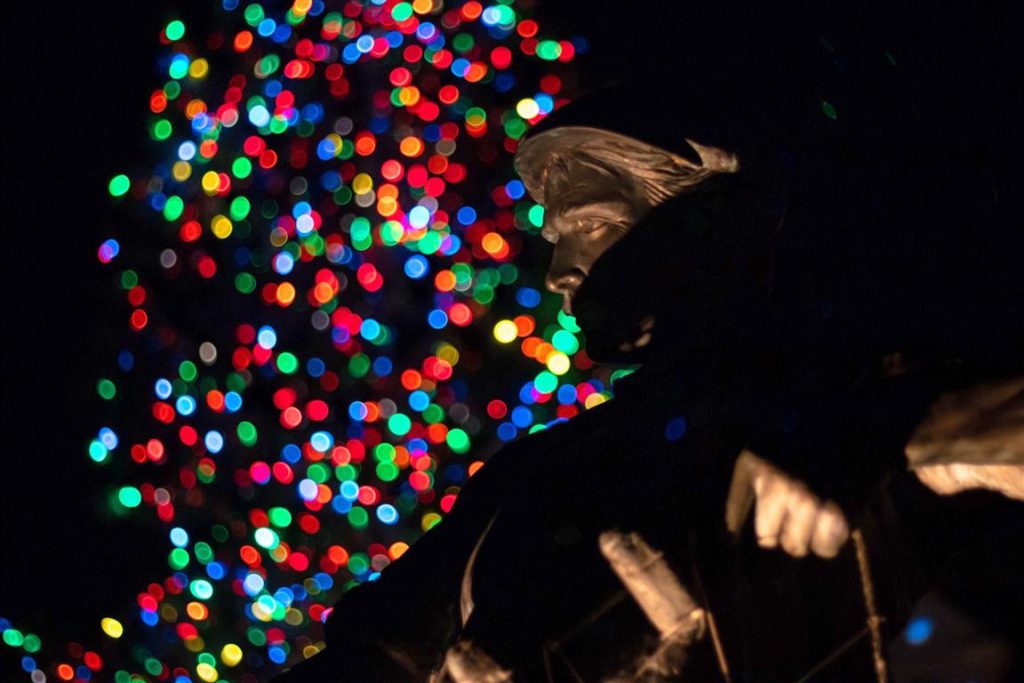 The Christmas tree in Skansie Brothers Park sparkles behind the fisherman statue.

After the festivities in the park, the fun continued next door at The Club @ the Boatyard with dancing and live music by local band Ignite. About 170 people attended the Club Members Event, said assistant hospitality manager Taylor Crosby of Gig Harbor Marina & Boatyard.

“It was a great turnout and everyone had a fantastic time and loved the band,” he said. 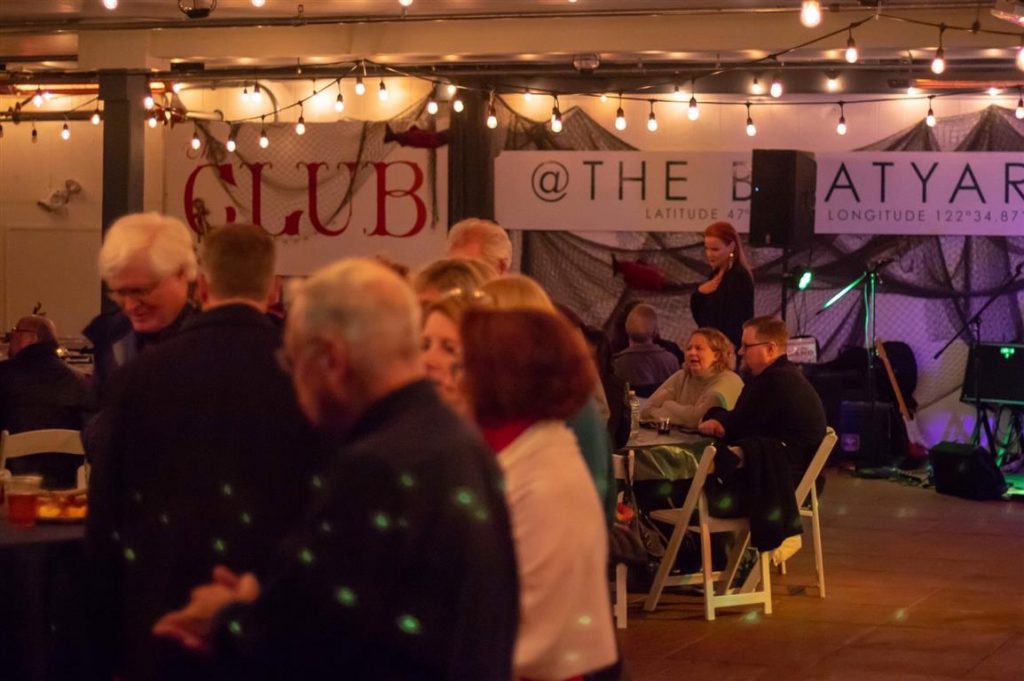 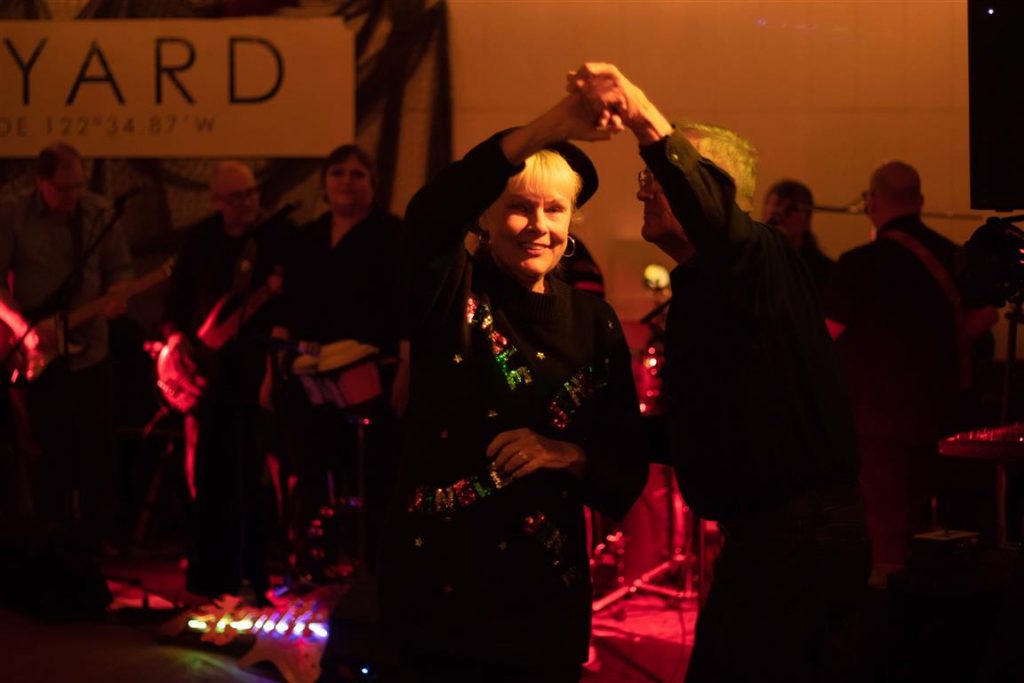 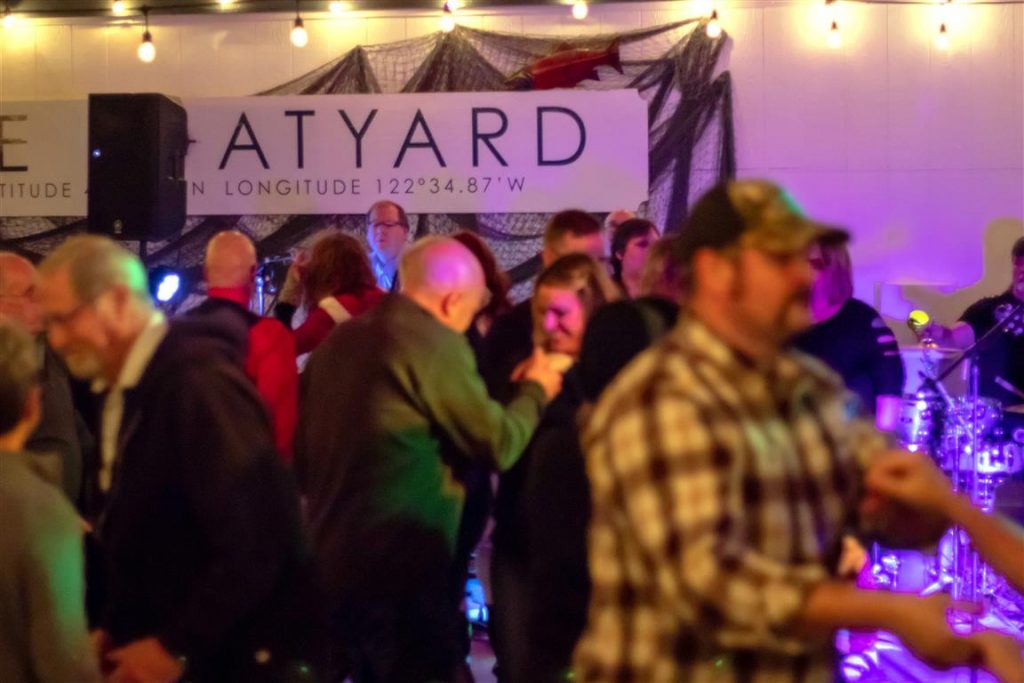