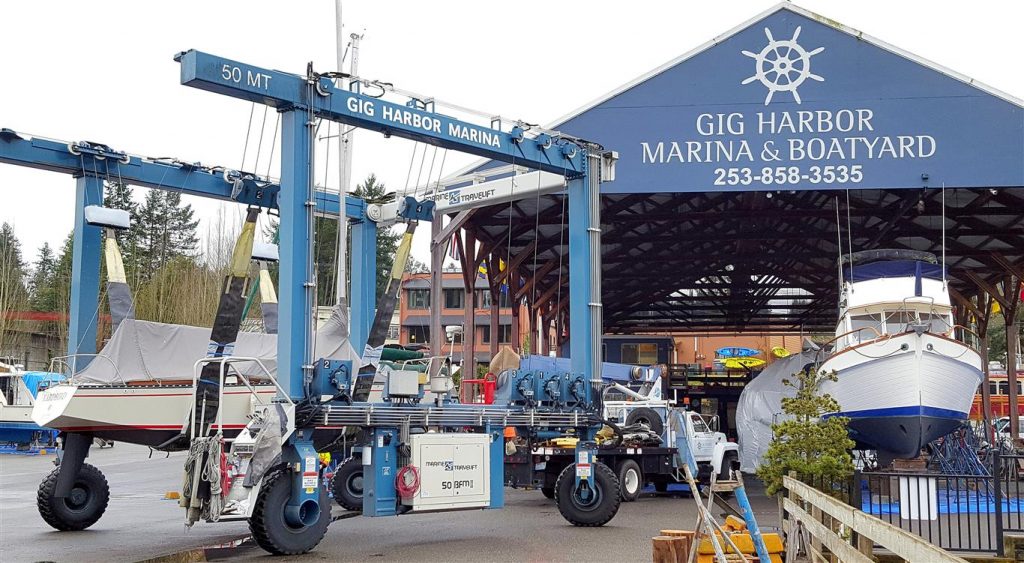 Gig Harbor Marina & Boatyard has added a classic Thunderbird sailboat to its growing fleet of opportunities for “fun @ the boatyard.” Fittingly named Yardbird, the 26-foot boat was launched earlier this month, primed and ready to take flight on the harbor this spring.

Seasoned sailors and novice guests alike will be able to experience Gig Harbor sailing with Yardbird. Boatyard managers plan to sail her in the Thursday night Harbor Series races that run weekly from May through the end of summer on the harbor. The Thunderbird will also be available for adult sailing lessons for guests at the boatyard.

“Guests on our Fleet Suites or the Guesthouse can consider pairing a sailing lesson with a stay at Gig Harbor Marina & Boatyard,” said yard manager Mark Lindeman. 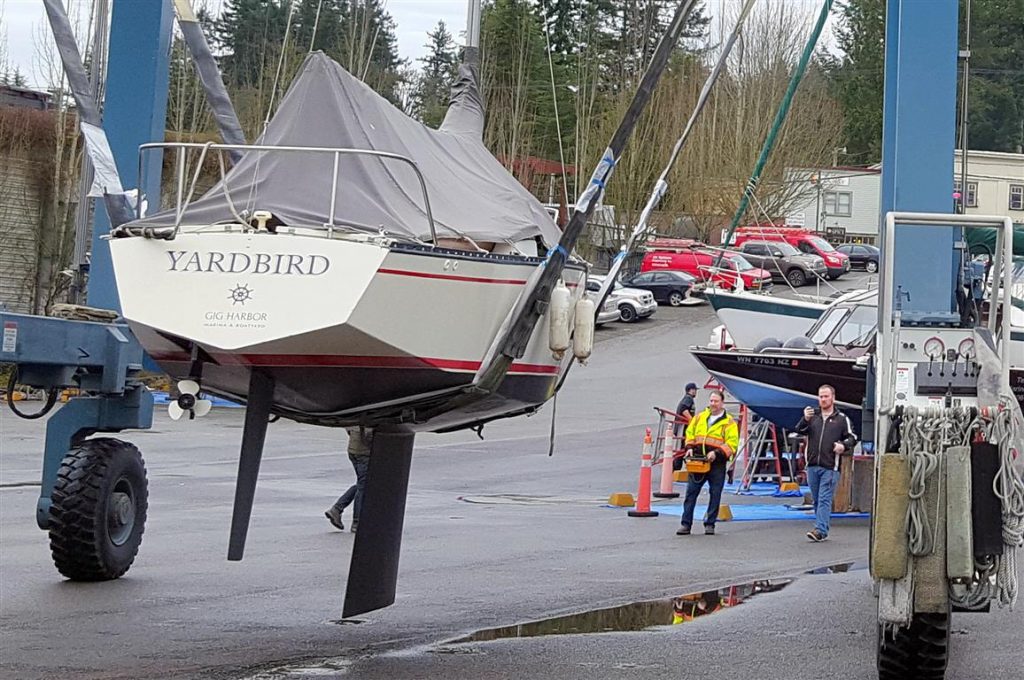 The boatyard service crew gave the fiberglass T-bird a slick, new race-bottom paint finish this winter. They used a new racing paint product by Pettit Paint called Black Widow that is sure to have Yardbird flying across the harbor.

“Pettit provided us with a sample gallon of this new paint to try out and we’re very happy with it,” says Lindeman, the yard’s paint expert.

How fitting for Yardbird to come home to roost in the heart of downtown Gig Harbor in 2018. After all, this is the 60th birthday of the small cruiser/racer originally conceived in Tacoma and first built in Gig Harbor. 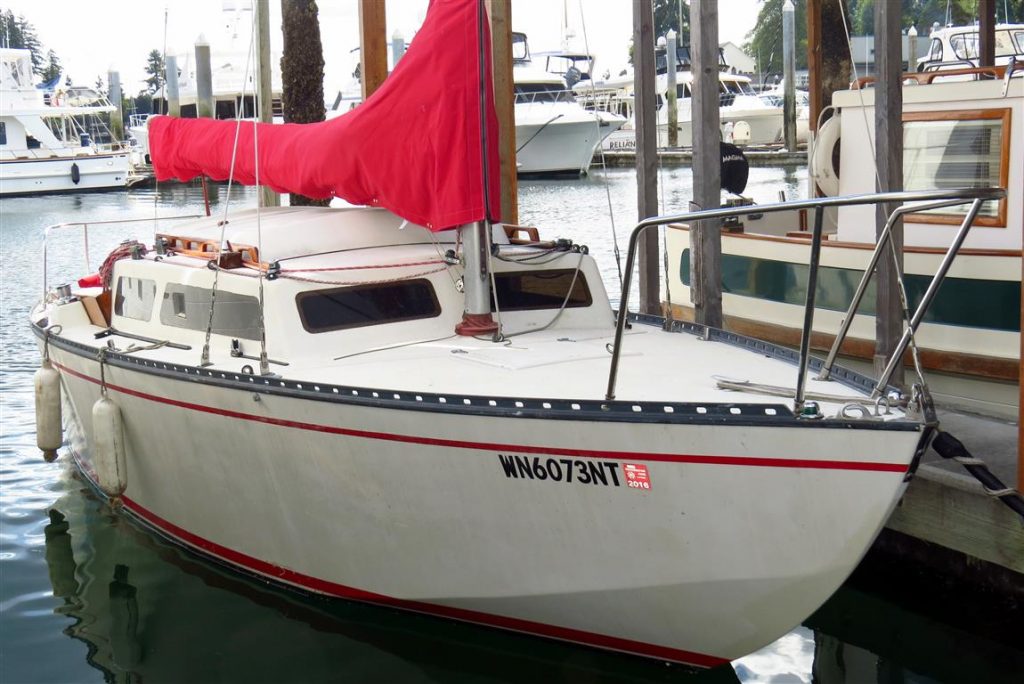 ‘Yardbird’ is ready for Thursday night races in the harbor or for adult sailing lessons for guests at Gig Harbor Marina & Boatyard.

The Thunderbird story began in 1958 when Tom Sias, a Tacoma sailor working for the Douglas Fir Plywood Association, conceived the idea of a sailboat to be “built out of plywood by an amateur builder which would be both a racing and cruising boat…sleep four…be capable of being built by reasonably skilled amateurs,” according to the International Thunderbird Class Association website.

Sias wrote up the specifications and sent them to several naval architects, including Ben Seaborn, who sketched a revised proposal for Sias, enlarging the size of the boat somewhat.

Ed Hoppen, a boat builder in Gig Harbor, had long had an idea of building a boat by setting up plywood molds and utilizing stringers much in the manner of a model airplane. His ideas and those of Sias and Seaborn came together in the first Thunderbird meeting, and Hoppen built the first Thunderbirds, originally out of plywood and later out of fiberglass. 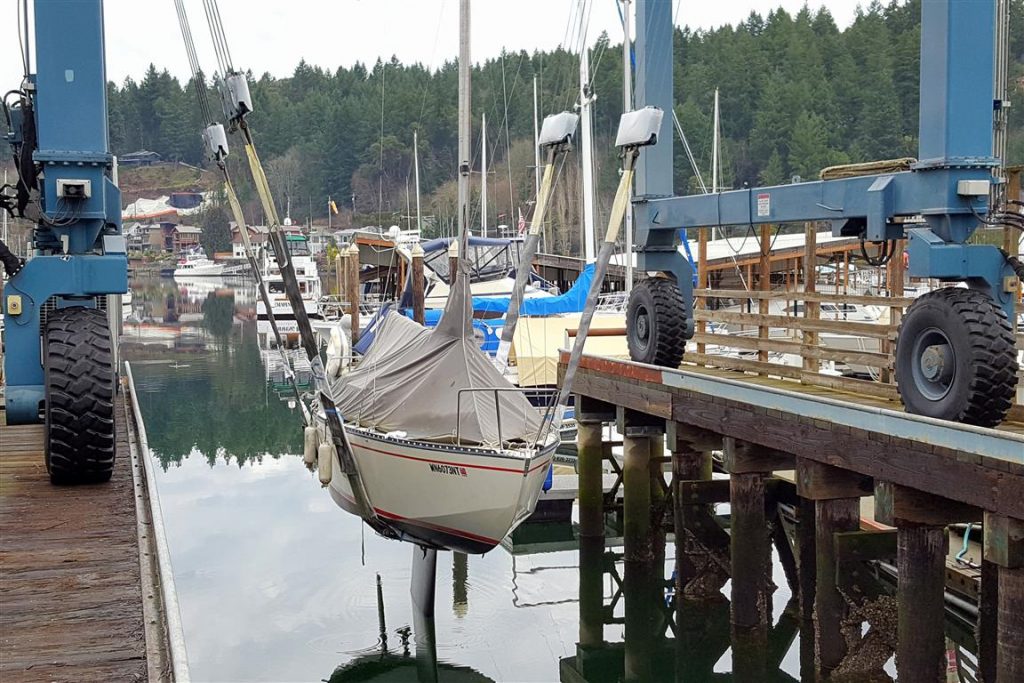 The boatyard’s Thunderbird is lowered into the marina, soon to set sail in harbor races and adult sailing experiences at Gig Harbor Marina & Boatyard.

Several classic T-birds still reside in Gig Harbor and are regulars in the Thursday night races.

Now Yardbird has joined the flock, so make plans to watch the races — or try your hand at the tiller yourself as a guest at the boatyard.