So how does a person come to know so much about boats, the new yard manager at Gig Harbor Marina & Boatyard was asked. The answer was easy.

“My dad was a commercial fisherman,” said Hartwell Champagne, who came aboard as the new boatyard manager in mid-January.  “He had a shrimp trawler and I can remember sitting on the bulwark of one of his boats when I was 5 years old as he was introducing me to coffee.” 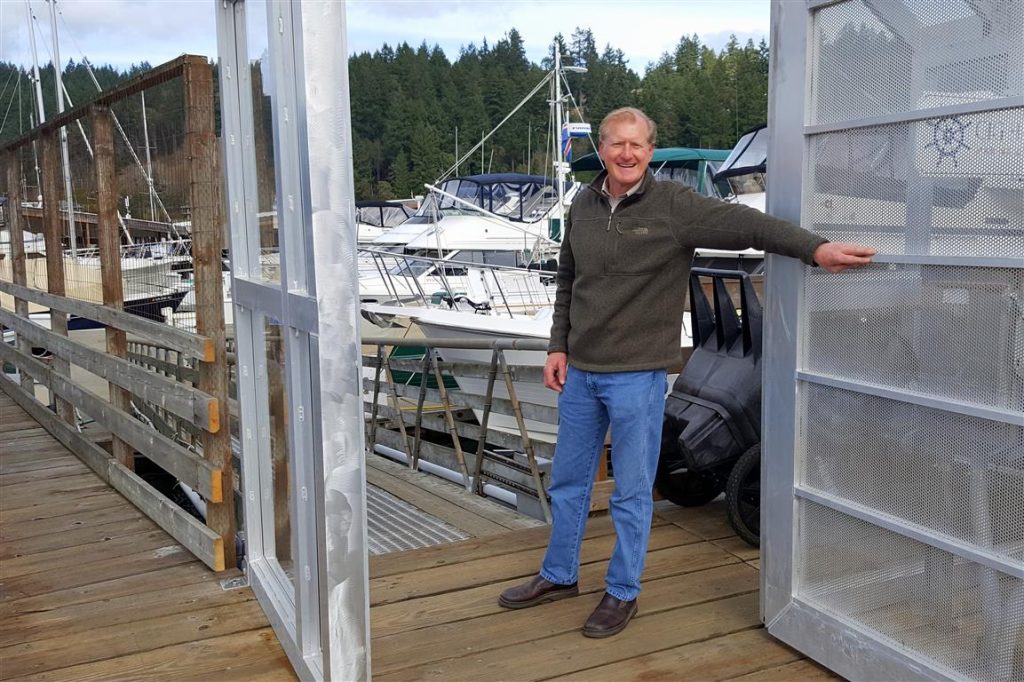 Yard Manager Hartwell Champagne heads through the new gate leading down to B Dock to help with a boat just launched by the Travelift.

Hartwell replaces long-time Yard Manager Mark Lindeman, who has moved to the role of senior adviser at the boatyard. Hartwell was previously senior vice president of operations for SAFE Boats out of Bremerton since relocating to the state from Cat Spring, Texas, in 2013.

He moved his sailboat to Gig Harbor Marina & Boatyard in February and is enjoying being part of the community.

“The weather is amazing.” says Hartwell, who is looking forward to getting back into sailboat racing, perhaps crewing on the Thursday night harbor races. “Summers are stunning and winter temperatures aren’t unbearable. And I like the rain.”

Like all boaters, the new yard manager knows his own boat better than any, but his experience at SAFE Boats did a lot to broaden his scope, he says.

“I didn’t always have exposure to other boats, just my own,” said Hartwell, an avid sailor who lives aboard his Pacific Seacraft 37, Ocean Rambler, in the marina. “But when I worked for SAFE Boats I gained a lot of boat knowledge.”

It’s knowledge built on a base that includes sailing since his late teens, doing quite a bit of ocean racing out of California and working for a defense contractor with very similar systems to that of boats, he says.

It all adds up to a hold-full of experience with boats and boating that started with going out on his dad’s shrimp trawler for a week or two at a time during his childhood in southern Louisiana. 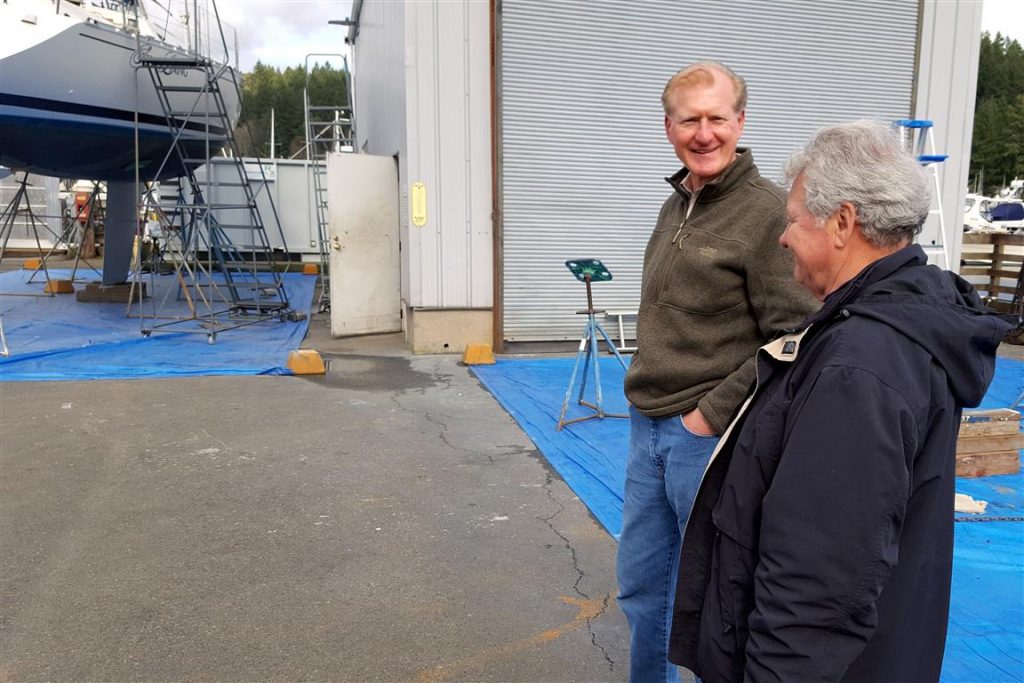 Champagne talks to boatyard customer John Parker who was at the yard watching the launch of a friend’s sailboat.

Champagne earned a bachelor’s degree in mechanical engineering from the University of Louisiana and shortly afterward moved to Southern California.

“I threw a dart at a wall map and it hit California and I had a job in a week and a half,” he said.

That’s where he enjoyed ocean sailboat racing, but soon the South was calling him back.

“I wanted to get back to the South,” says Hartwell, with a hint of southern Louisiana still washing over his vowels here and there. “I got as far as Texas and spent 25 years near Houston.”

There, he worked for a defense contractor, designing, manufacturing and testing military vehicles. In his spare time he sailed throughout the Gulf of Mexico and northwestern Caribbean, and dabbled with cattle ranching.

Around 2013, the company he worked for in Texas was closing that plant and Hartwell was given an opportunity to move to Pennsylvania, while near the same time a previous boss who was now working for SAFE Boats asked him to come to work in Washington state.

“Every day is different and new.” – Yard Manager Hartwell Champagne

“It was either a move to Pennsylvania or move to Washington,” he said. “I was ready for something new so here I am.”

And ‘here’ at Gig Harbor Marina & Boatyard is a comfortable fit. 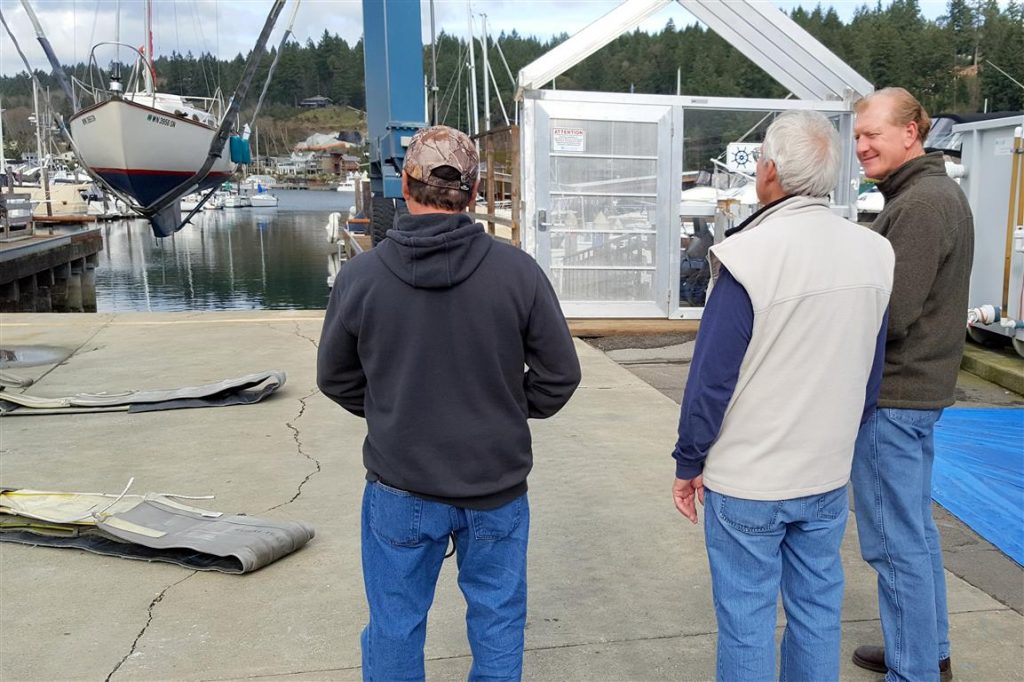 “Every day is different and new, and there is such a variety.” Hartwell said, who enjoys being out in the yard with crew, boats and boat owners. “You see a wide range of issues and problems to solve.”

“What I love about it is the passion.” he added. “The boating community is very emotional about their boats and they have a desire to be on the water. The interaction and energy we have with customers is related to that passion.”