Gig Harbor Marina & Boatyard Manager Mark Lindeman admits he has a boat problem — “I have too many,” he quipped. He was telling about his two boats sitting under the covered shed at the boatyard. They appeared there after the Maritime Gig Festival in early June and are a very noticeable pair sitting side by side in their classic glory.

One is a richly-grained, all-wood Fletcher 19 inboard, and the other is a zippy Glasply Scimitar 18 runabout. Both appear to be from another time, one boat perhaps from a black and white Bogart film; the other right out of central casting for a high-speed chase scene with Agent 007 at the wheel. 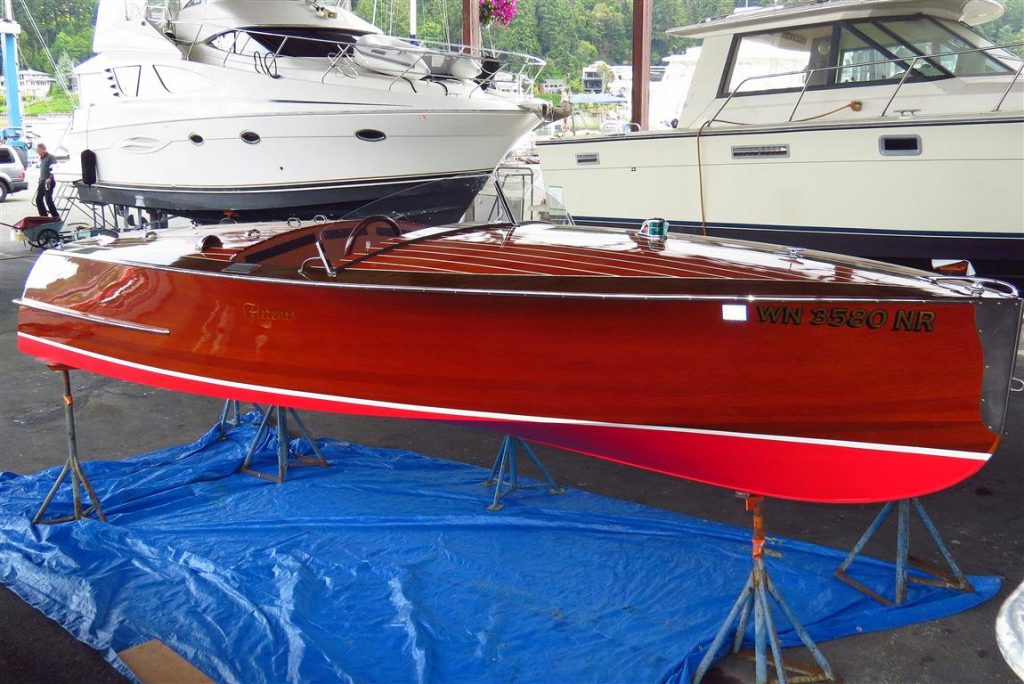 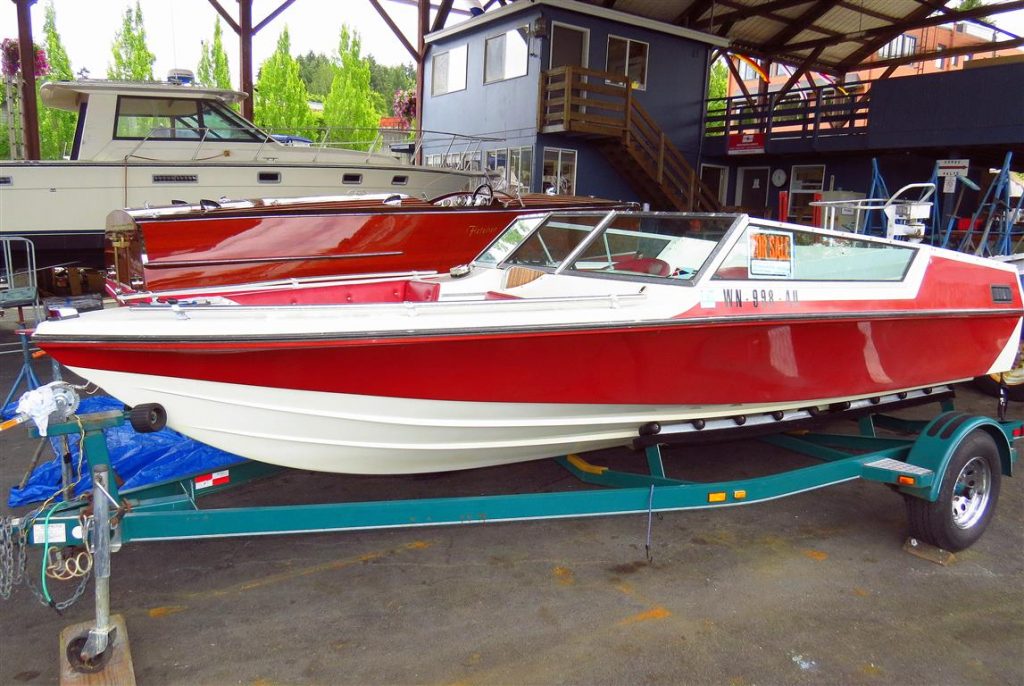 The 18-foot Glasply Scimitar runabout is a classic, built in 1975.

“Can you tell which one is older?” Lindeman asks. Maybe you’re not fooled — since the question is even being asked it must be the opposite of what looks obvious — but it’s still not what you think at first glance. The wooden Fletcher, with its vintage 40’s look, is the newer boat. The single cockpit “modern classic” was built in 2005, while the red-upholstered Glasply hails from 30 years earlier, built in 1975.

“We want people to know that this is something Gig Harbor Marina & Boatyard can do.” — Mark Lindeman, boatyard manager

Lindeman brought the vintage Glasply to the boatyard to serve as the marina’s float in the Maritime Gig Festival parade on June 4. And now the all-original Scimitar runabout is for sale.

“I’ve got my wooden dream boat and now the Glasply has to go,” he says.

The boatyard manager brought his new Fletcher to the yard to show customers the kind of classic wood work that can be done at Gig Harbor Marina & Boatyard. After the quality mahogany transom craftsmanship demonstrated by shipwright John Iverson on a 1960 Grandy, Selkie, a whole new area of boat maintenance opened up. (Read more about Selkie.)

“We want people to know that this is something Gig Harbor Marina & Boatyard can do,” Lindeman said. “We can maintain classic wooden boats. We have the woodworkers, mechanics, shipwrights and electronics technicians who do this kind of work.”

Lindeman, who calls himself a “life-time boater,” has always wanted a classic runabout, but didn’t want the maintenance problems. 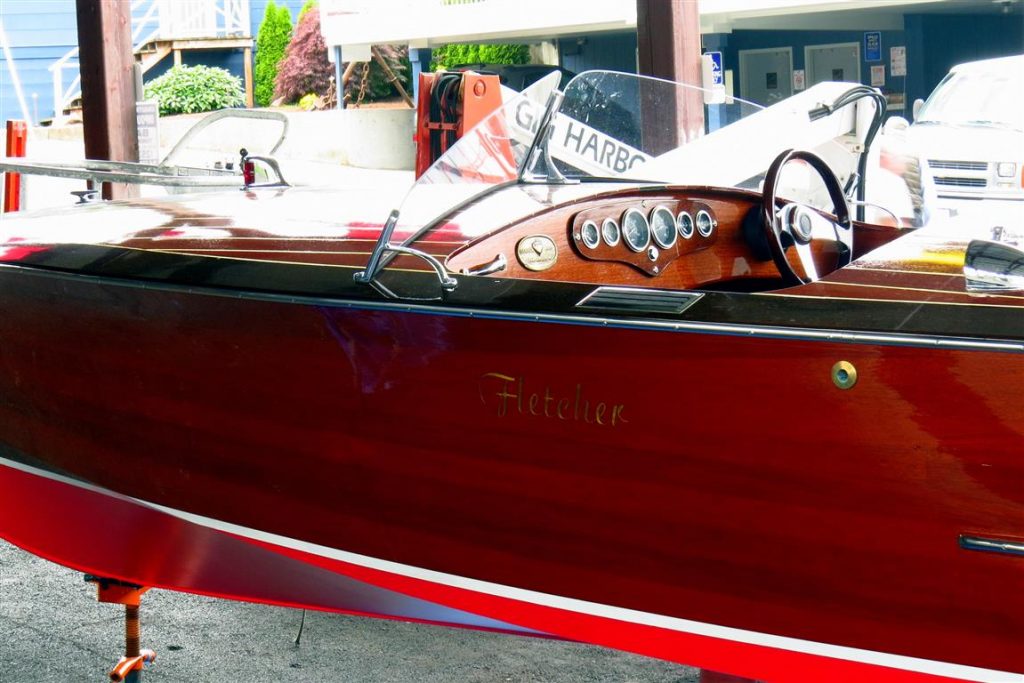 “I’ve been intrigued with Fletcher boats from the beginning and have been following them for the past 20 or 30 years,” he said. “The builder has gone out of business, ending an era of these cool boats.”

His Fletcher 19, which he plans to rename Trouble, is a modern classic that looks like a 1940’s Chris-Craft. The all-wood boat of cold-molded construction looks like a classic, but is built with modern construction techniques — without the maintenance problems that come with old boats, Lindeman adds.

“We’ve always said our boatyard technicians are boaters themselves,” said Lindeman. “This is really true and they know how to work on boats.”

Now you can bring your classic wooden boat to Gig Harbor Marina & Boatyard, and the guys know how to work on that, too.