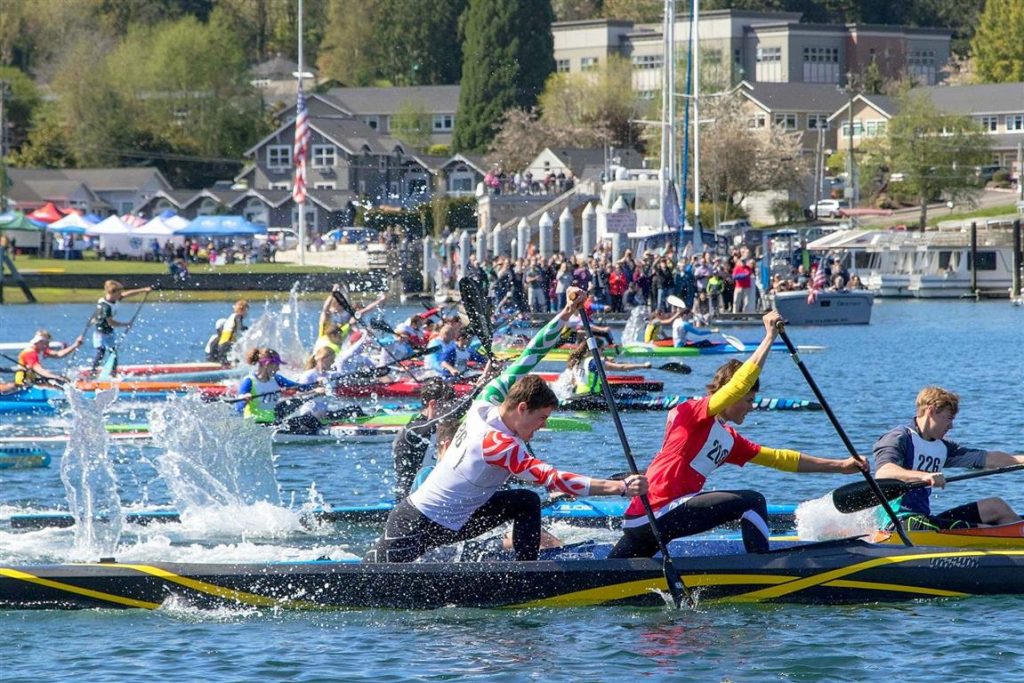 Hundreds of paddle race fans filled Skansie Brothers Park this past weekend to take in the thrills — and, yes, the spills — of Gig Harbor’s annual Paddlers Cup.

It was the 7th annual presentation of human-powered paddle races in the harbor organized by the Gig Harbor Canoe & Kayak Racing Team. The two-day event featured 10k, 5k and sprint races for paddlers of all skill level and type, including canoe, kayak, paddle board, outrigger and para canoe and dragon boat competition. 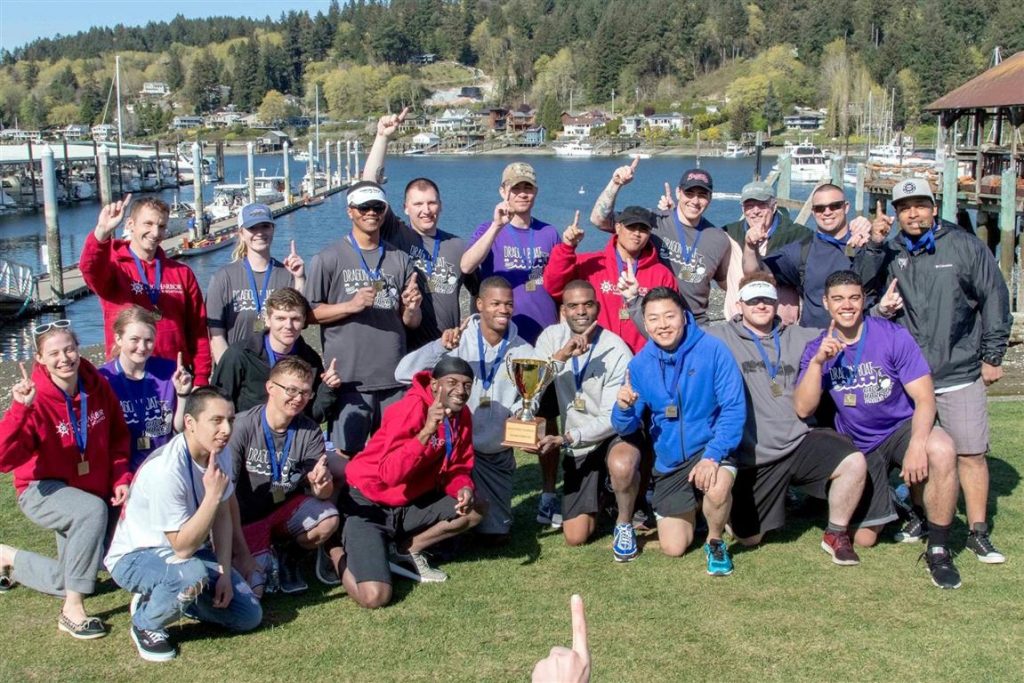 The 201st Expeditionary Military Intelligence Brigade from JBLM poses with their gold medals and trophy as Dragon Boat Champions of the 2018 Paddlers Cup. In the back row third from the right is Gig Harbor Marina & Boatyard Managing Director Ron Roark who sponsors the team.

For the third year in a row the team we sponsor here at Gig Harbor Marina & Boatyard brought home the championship trophy in dragon boat competition on the final day of Paddlers Cup. This nice “three-peat” was won by JBLM’s 201st Expeditionary Military Intelligence Brigade, which earned the gold medal by a mere dragon’s whisker over Windermere, with third place going to the Hanger Clinic team.

The 201st had a bit of a wet bump on their road to victory when a collision with another dragon boat caused them to capsize in the frigid harbor. The racers were given a do-over and things went more smoothly in the next heat. 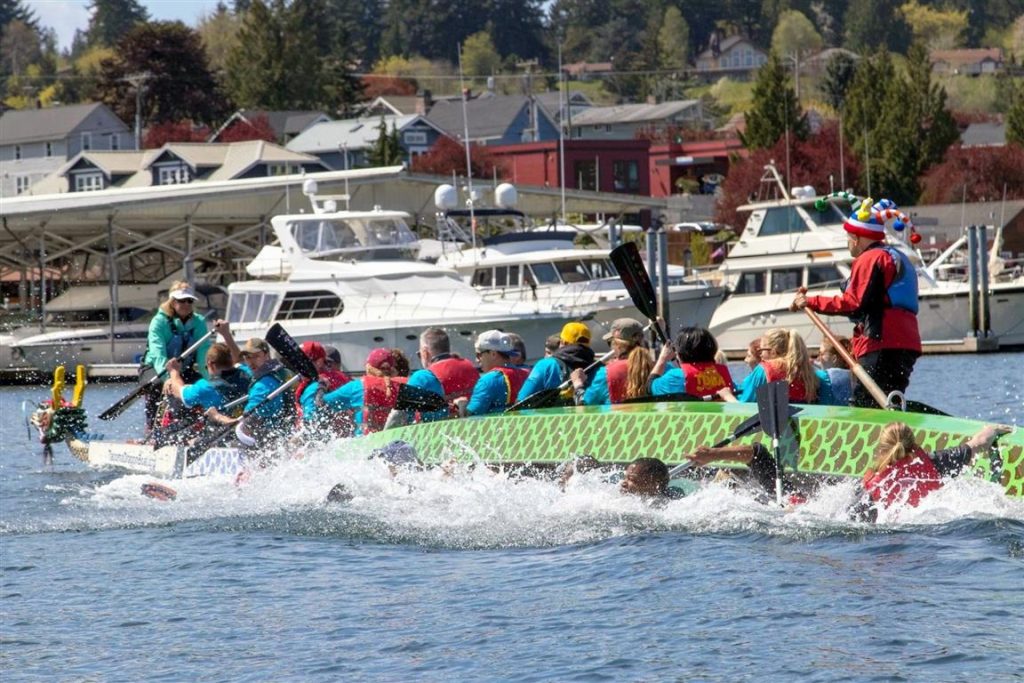 The boatyard’s sponsored team from JBLM has won the Paddlers Cup championship for three out of the last four Paddlers Cups. This year they overcame a bit of adversity, capsizing during one of their races, and still brought home the trophy.

“The 201st overcame adversity and won the gold again,” said boatyard Managing Director Ron Roark who is proud to sponsor the JBLM team. “For three out of the last four years they have been Paddlers Cup champions.”

New at this year’s Paddlers Cup, which ran April 21-22, was a ceremony and “paddle tunnel” honoring those who have been touched by cancer. The Gig Harbor Dragons-PenMet Parks Dragon Boat team hosted the inaugural Ceremony Honoring Cancer Survivors and Caregivers at the conclusion of Sunday’s races. 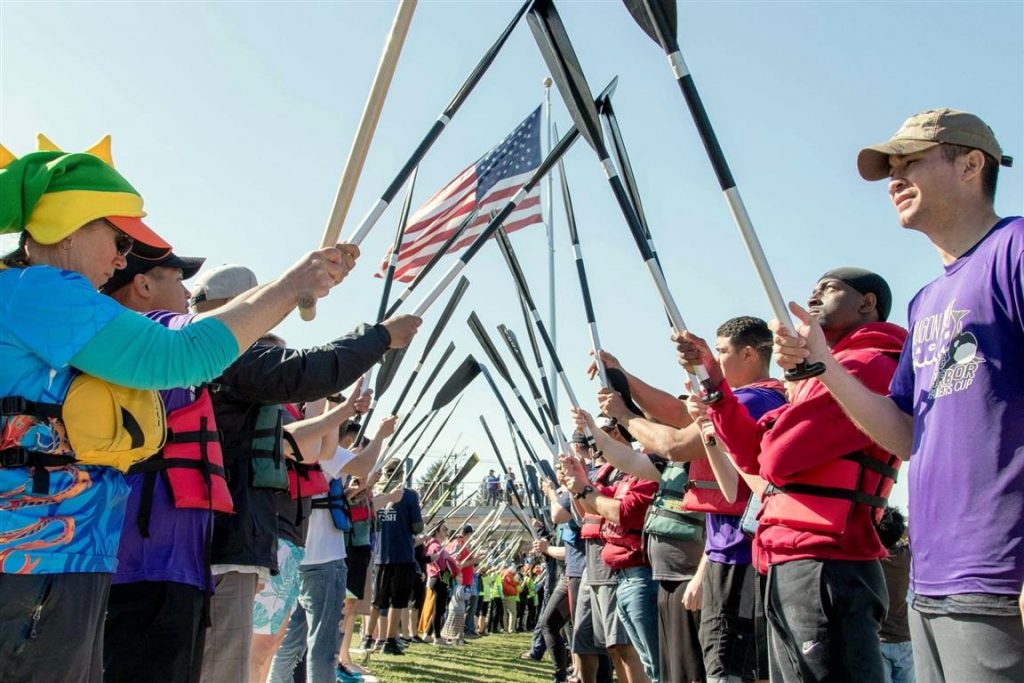 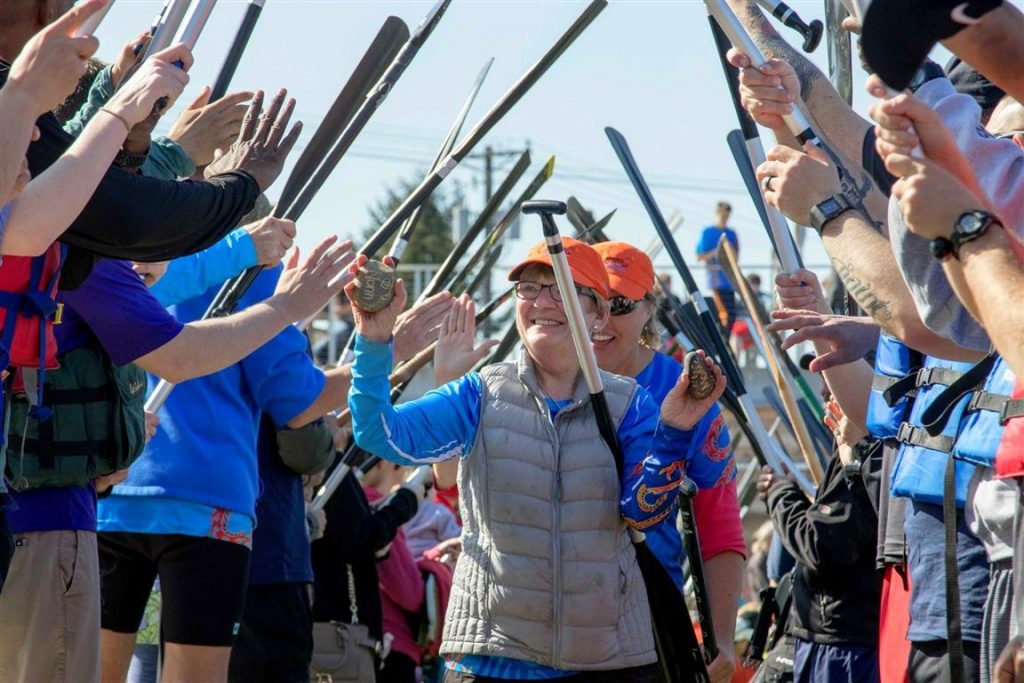 It was in keeping with the tradition at dragon boat festivals all over the world of holding ceremonies honoring breast cancer survivors, according to Gig Harbor Dragons’ Facebook posts. The local team hopes to continue that tradition and expand it to include survivors of all types of cancer and the caregivers who have fought the disease at their side.

Paddlers stood shoulder to shoulder, paddles raised, in two rows racing each other to form a tunnel that snaked through Skansie Brothers Park. Cancer survivors and caregivers walked through the tunnel holding memory rocks with loved ones’ names written on them. 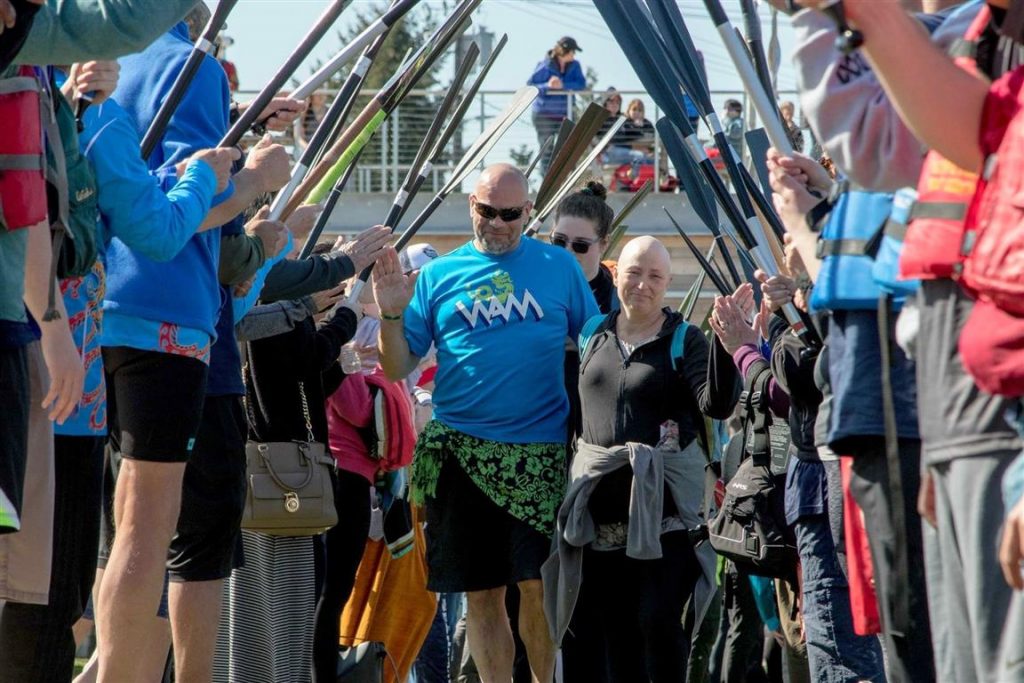 A cancer survivor and her caregiver walk through the paddle tunnel in the Gig Harbor Dragons’ inaugural ceremony honoring those who have been touched by cancer.

“I wanted to honor the cancer survivors and caregivers in our community.” – Ceremony organizer and dragon boat team member Jen O’Hare

“Dragon boating is known for emphasizing the power of teamwork, with your bench mate and the team overall,” said Gig Harbor Dragons drummer, coach and team member Jennifer Vullo O’Hare, who organized Sunday’s ceremony. “The paddle tunnel represents the power of the team. When survivors and caregivers walk through the tunnel, we honor their courage and strength.

“I wanted to honor the cancer survivors and caregivers in our community,” continued O’Hare, whose husband Jeff died of cancer one year ago. “The significance for me is that this year marked the year anniversary of my husband, Jeff’s, death to cancer. Five days after he died last year I paddled as part of the Rotary team. At home I was surrounded by chaos and grief. Yet I got in the boat and felt alive again — made me feel hopeful and supported — and that kicked off my dragon boat passion.

“One year later I wanted to honor Jeff, honor other survivors and caregivers in our community and celebrate the growing passion for dragon boating,” she wrote in her blog at Secondhand Cancer. “My hope is that it will become an annual celebration as a part of the Paddlers Cup.” 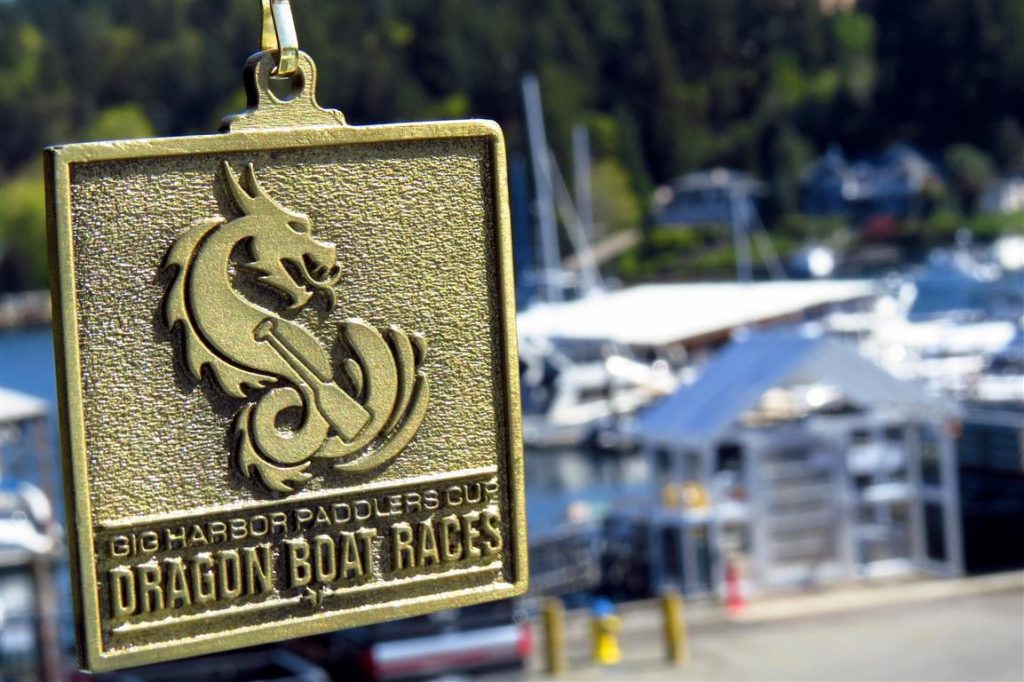