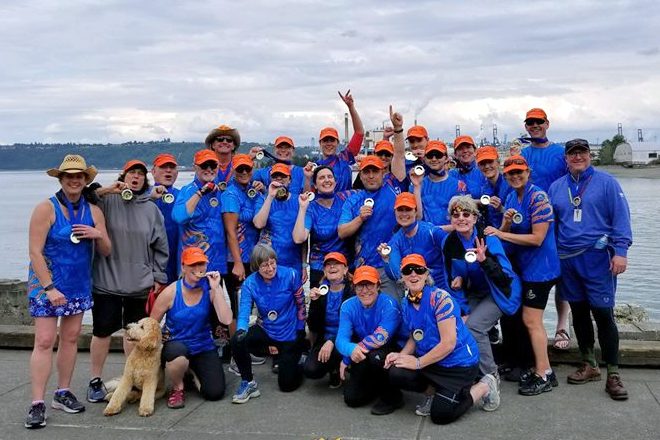 “It’s race day! The dragons are out! Time to breathe some fire!” proclaimed Gig Harbor Dragons team members on their Facebook page on Rainier Dragon Boat Festival weekend, May 19-20.

It was Rainier Dragon Boat Festival 2018 and our local paddlers soared to success in a claw-biting finish, narrowly winning the gold medal in the Division B 500-meter final.

Gig Harbor Marina & Boatyard a Proud Sponsor of the Dragons

Gig Harbor Marina & Boatyard has been a proud supporter of the Gig Harbor Dragons since their inception three years ago. The boatyard bought the community its first dragon boat as the fledgling group of paddlers expressed an interest in the sport after the annual Paddlers Cup in 2015. The boatyard helped purchase a second boat this past spring and the fire-breathing fleet is moored in the marina. 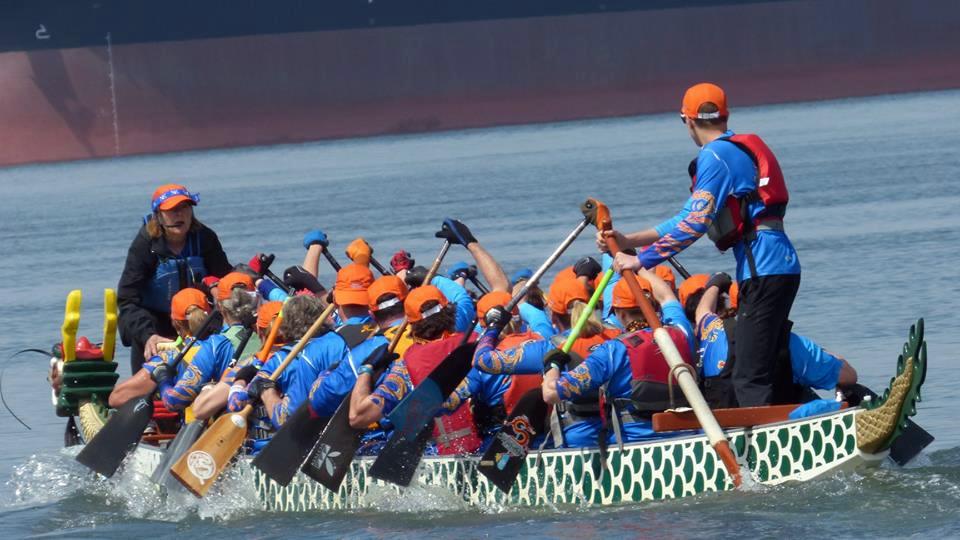 The growing team has taken flight with many race successes in a short time. 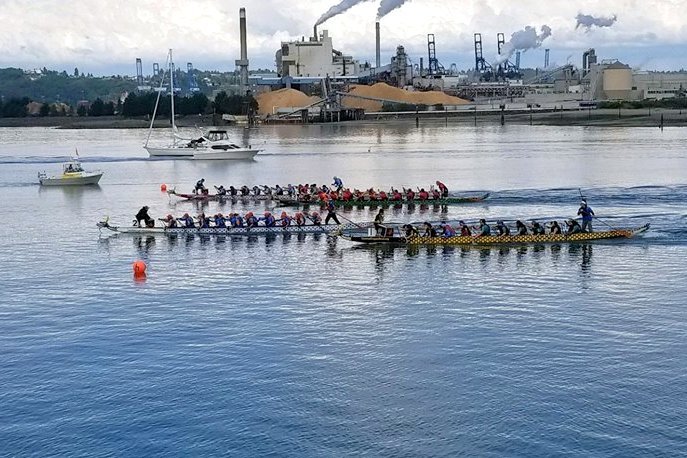 The video below, courtesy of team supporter Jennifer Hamilton, shows the final portion of the Gig Harbor Dragons’ 500-meter race, won by a nose for the gold medal.

The Gig Harbor Dragons had high praise for their young lead tillerman, Noah Flick, who plays a leadership role with the program’s youth team as well.

“While not old enough to drive a car, Noah is an amazing steersman!” the team posted on Facebook during festival weekend. “Today he played double duty – steering us to a gold medal in the Mixed Division B 500-meter finals AND paddling in the strokers bench (in another race), helping a community team win gold in the 250-meter race! Noah is a rock star and took home two gold medals to prove it!” 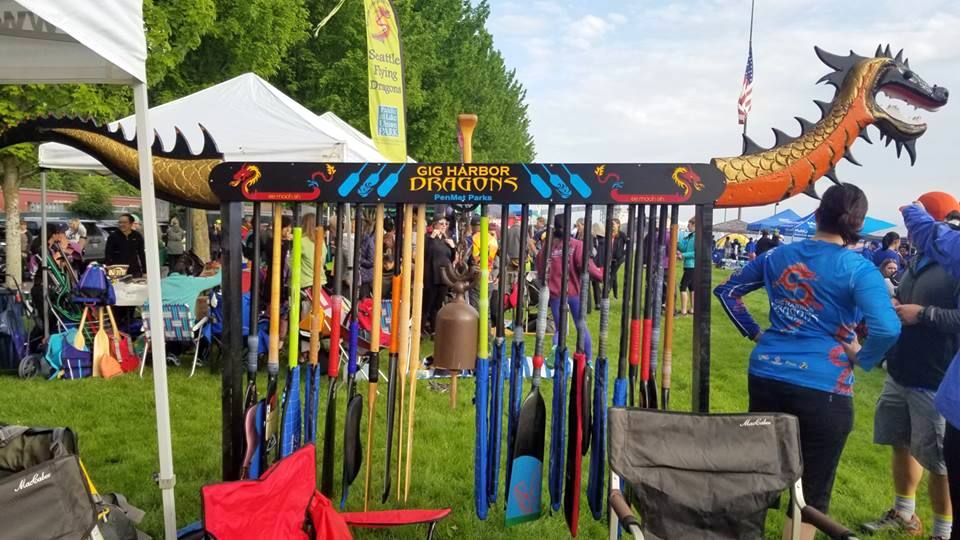 Maybe you’re ready to become a dragon yourself. If so, registrations are through PenMet Parks.